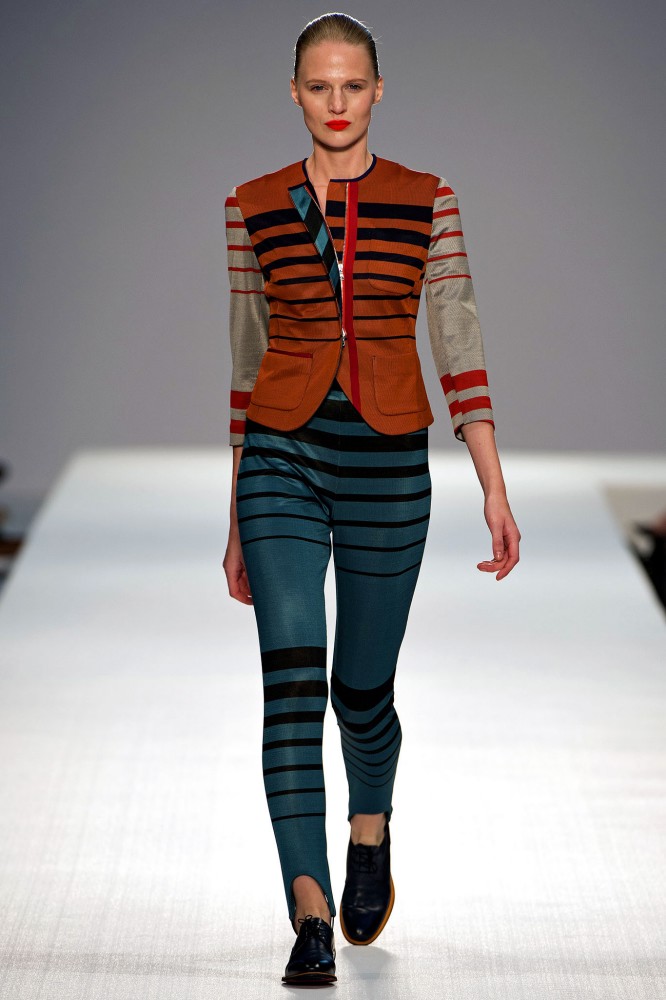 Sir Paul Smith, CBE (Commander of the Most Excellent Order of the British Empire), RDI (Royal Designer for Industry), is an English fashion designer, whose business and reputation is founded upon his menswear. He is both commercially successful and highly respected within the fashion industry.

Born on 5 July 1946 in Nottingham, England, Smith’s childhood ambition was to become a professional racing cyclist. He left school at 15 with no qualifications and began working in a Nottingham clothing warehouse as an errand boy. He relished his cycle to and from the warehouse each day until aged 17 he was in a serious accident and sustained injuries that put an end to his racing ambitions. Six months in hospital followed, during which Smith made friends with people from the local art college who would introduce him to the world of art and fashion. 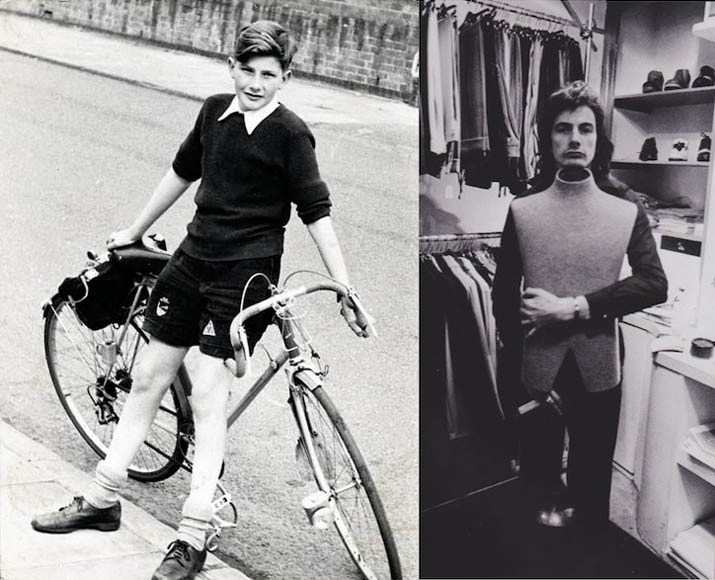 Returning to his job at the warehouse, he used his newly acquired interest in art and fashion and began making displays for the showroom. Soon after, he was made menswear buyer. Smith also started to take evening classes in tailoring in Nottinghamshire where he learned to cut cloth as well as the basics. Soon after, he joined Lincroft Kilgour in Savile Row after being spotted by chairman Harold Tillman, where his designs were worn by celebrities including footballer George Best.

In 1969, Smith met his wife-to-be Pauline Denyer, then a fashion design student at the Royal College of Art. With Denyer’s encouragement he opened his first shop called Paul Smith Vêtement Pour Homme on 10 Byard Lane, Nottingham in 1970. 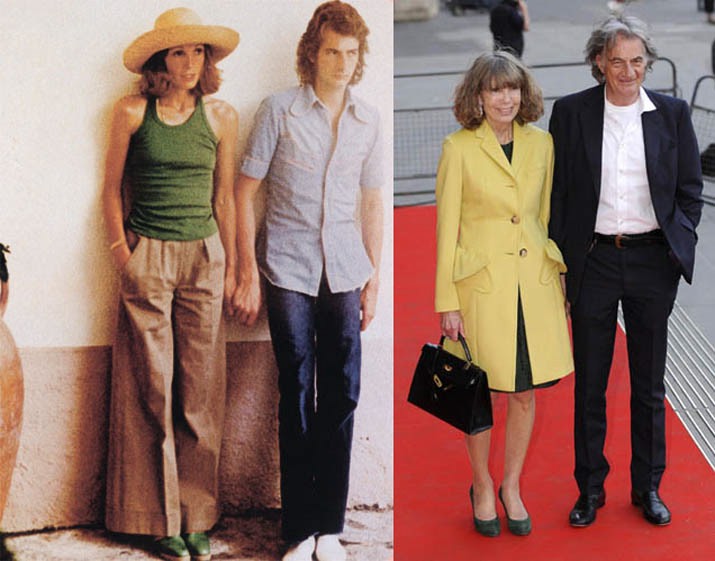 It was the only shop outside London to sell labels like Kenzo and Margaret Howell, and Smith soon started selling pieces that he had designed himself and had made up by local manufacturers. "That first shop was only 12ft square and I thought, "There’s not much to see. Why would anyone come?" So I’d always have a poster from the Pompidou Centre to sell, or three school notebooks from a trip to Greece," Smith told the Telegraph in 2008. 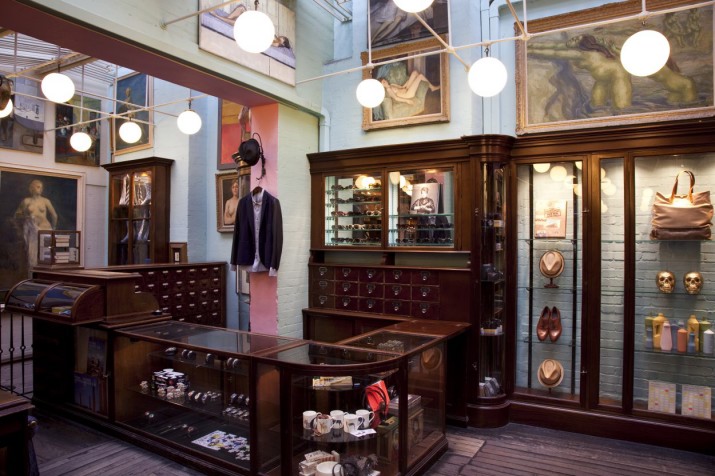 By 1976 Paul showed his first menswear collection in Paris, under the Paul Smith label. He gradually expanded the retail business, being the first fashion brand to open on Floral Street in London’s Covent Garden in 1979. His shop offered an eclectic combination of clothes and finds for men which reflected his own magpie personality. The designer opened his second London store in 1982, his third in 1983 and fourth in 1987 – the same year he unveiled his first New York boutique.

In 1990, Smith created his first children’s collection. After discovering that 15 per cent of his clothes were bought by women, who were attracted to his modern use of fine and classic materials, he first introduced a women’s collection in 1993. In the same year, Smith took over the traditional (established in 1885), but bankrupt workwear company R. Newbold and quickly incorporated many of their famous cuts into his collection. 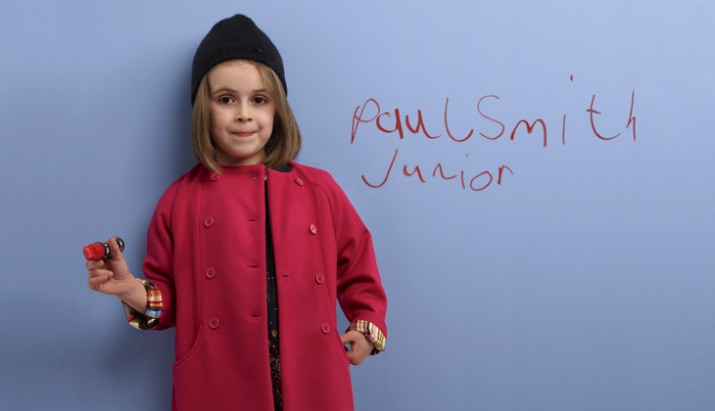 He received a CBE in 1994 for his services to the British fashion industry. In 1995, Paul Smith Limited was awarded The Queen’s Award for Industry for export achievement. In the same year, London-based Design Museum opened a retrospective of Smith’s 25 years of work in the fashion business, called True Brit, marking the first time the renowned museum devoted an entire exhibition to a single fashion designer. 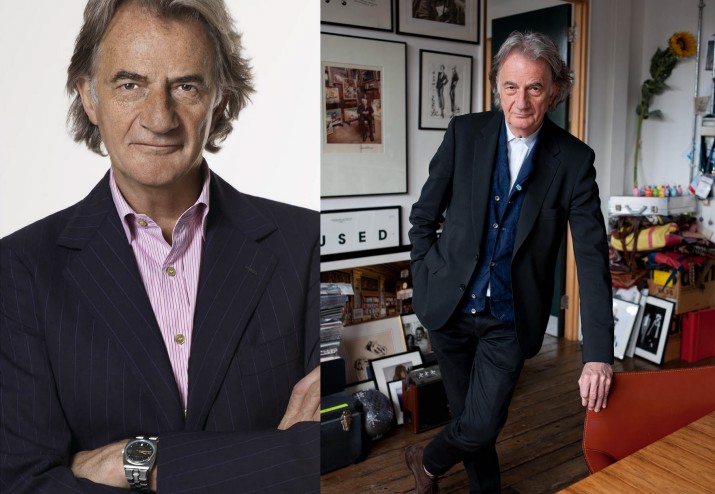 He was awarded the Honorary Freedom of the City of Nottingham in February 1996. In 2000, Smith was awarded a knighthood, an accolade that until then had only been bestowed upon one designer – Hardy Amies. On the same day he wed Pauline, his partner of 30 years.

In October 2001, Smith published his first book, entitled You Can Find Inspiration in Everything. The tome was described by Smith as his "brain on to the page". In May 2002, Smith accessorised the England team for their World Cup matches in Japan and Korea. Working with the FA and Umbro he designed a selection of leather wallets, cufflinks, shoes, eyewear, watches and luggage. 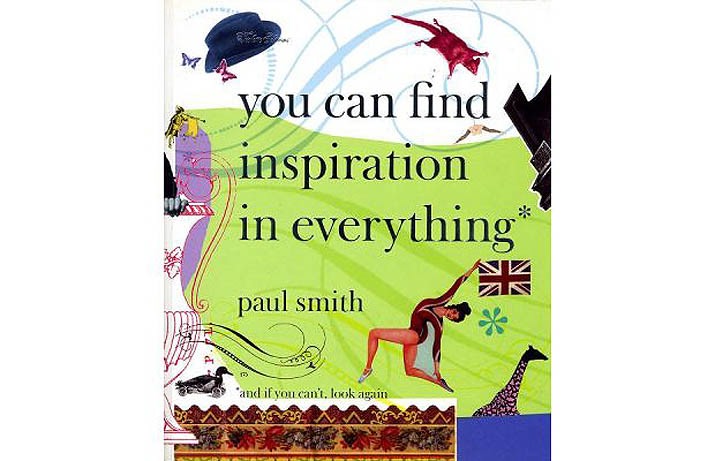 In February 2007, Smith was awarded an honorary fellowship of the Royal Institute of British Architects – an organization that rewards outstanding contributions made to the world of art, design and architecture. The lifetime accolade is handed out to just ten people annually. "Receiving the honorary fellowship is a real honour," said Smith. "I am both shocked and delighted because RIBA is an association that I really admire, and architecture is very close to my heart." 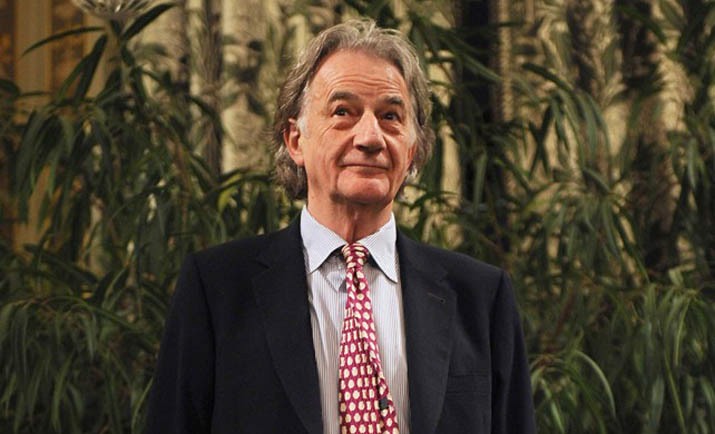 Despite his earlier accident, Smith has maintained his interest in cycling and is an avid follower of professional racers. He dressed professional cyclists and Olympic winners Sir Chris Hoy and Bradley Wiggins CBE for their various official engagements, following their successes at the 2008 Beijing games.

In May 2009 Sir Paul Smith dressed football team Manchester United ahead of their Champions League Final against Barcelona. He created two suits – one in a grey Prince of Wales check and the other in black wool – which both featured specially created red lining and stripe piping, accompanied by a black raincoat and luggage set for each player. In 2010 Smith was honoured at the Condé Nast Traveller Innovation and Design Awards. 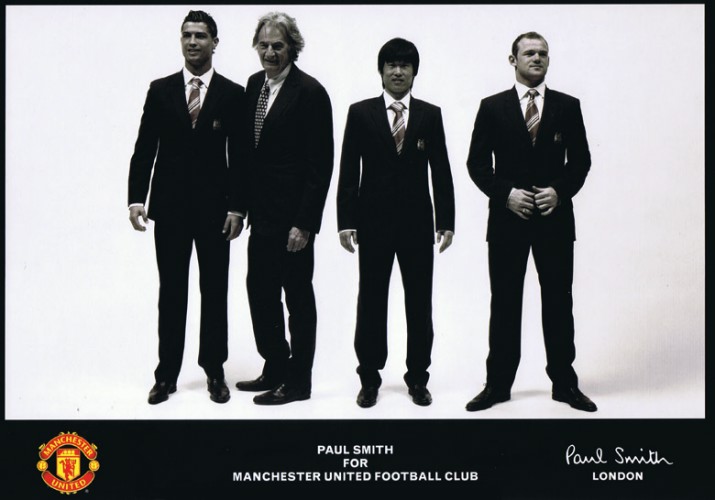 He launched Paul Smith Junior in the autumn of 2010. Staying true to his unique vision showcasing a bright, punchy colour palette and silhouettes inspired by the men’s and women’s catwalk offerings. "It is really exciting to return to designing clothes for babies and children. It is 10 years since we had a children’s collection which we stopped because we literally could not keep up with the workload due to the business of our men’s and women’s collections," said Sir Paul Smith. 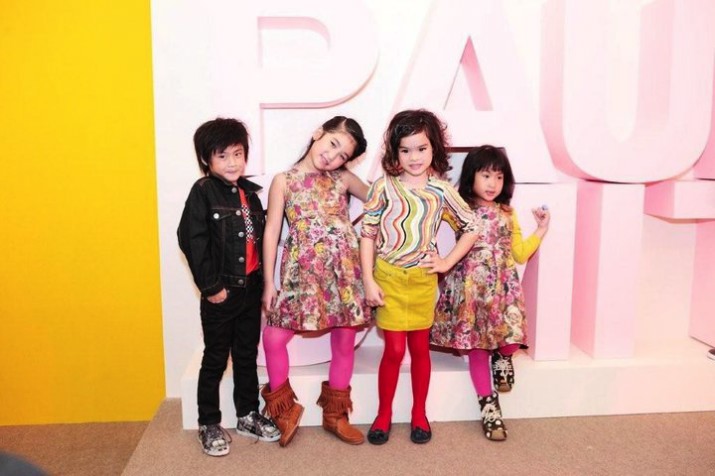 He is a keen photographer and has photographed many of his campaigns himself. In September 2010, he presented a collection of photographs of The Royal Ballet’s Principle Dancers, which he later exhibited at his Albemarle shop.

In September 2011, Smith designed a limited edition copy of John Le Carré’s novel, Tinker, Tailor, Soldier, Spy, featuring a design from his collection of limited edition screen printed posters, in conjunction with the release of the film adaptation. Only 250 copies have been made, making it a collector’s item for fans of the author and the film. 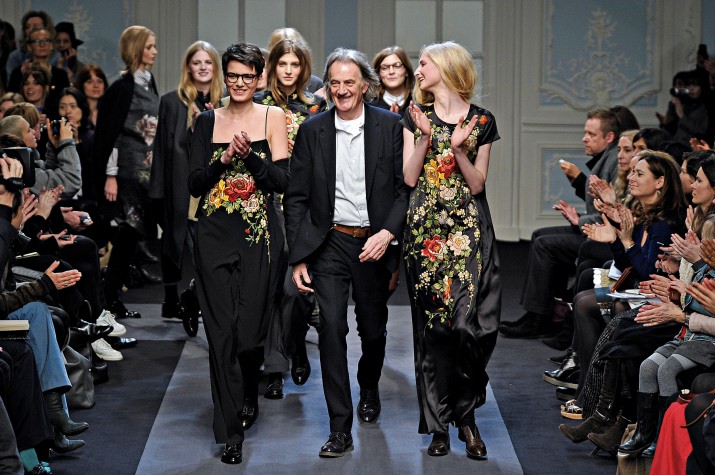 In October 2011 Smith was shortlisted for the 2011 Prince Philip Designer’s Prize. He has released several fragrances including Extreme, Paul Smith London, Floral and STORY. 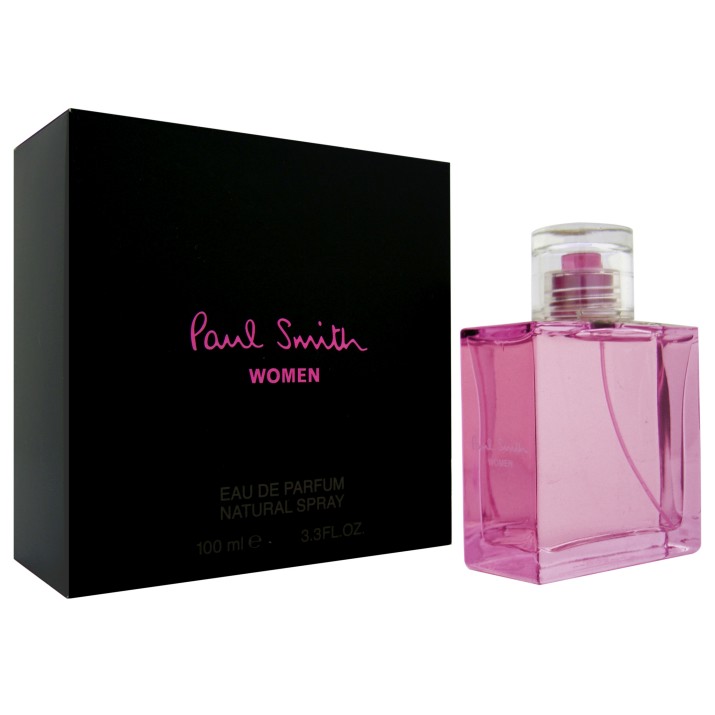 Smith has been involved in numerous collaborations, including those with Cappellini furniture (2002), Oakley sunglasses, Burton snowboards (2005), Mercian bikes (2006) and Triumph motorbikes (2005).

Paul Smith now has 15 shops and concessions in the UK and 200 shops worldwide, in markets including Japan, Paris, Milan, New York and Hong Kong. The business, still based in his native Nottingham, has turnover of £325million. As chairman and designer, Sir Paul is still involved in every aspect of it. 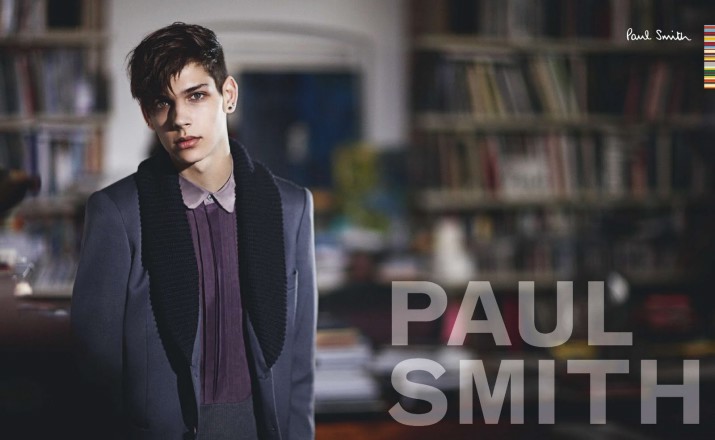 Known for his positive outlook on business and life, Smith has become a key figure of the British fashion industry. Although he is an internationally celebrated fashion artist nowadays, Smith is known to have remained very much down to earth. He frequently visits his shops, talks to customers, and learns about his clientele’s needs. 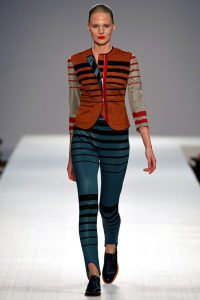