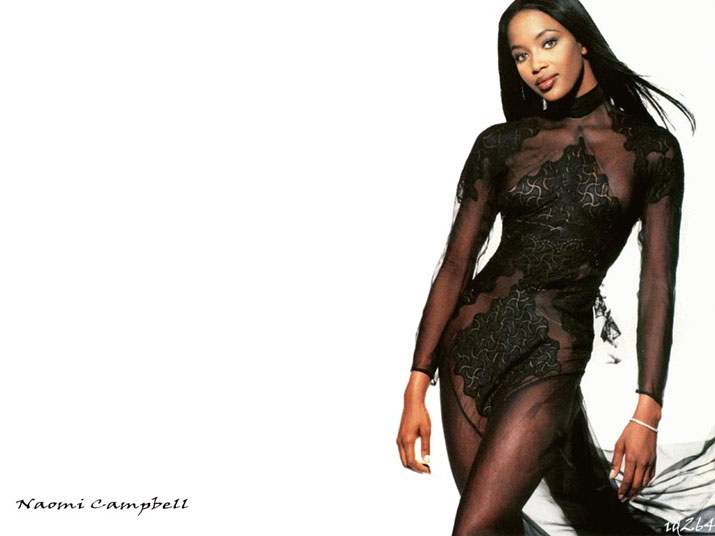 One of the bonafide “Super Models”, the British Naomi Campbell was born in Streatham, London, England. Discovered while shopping in London, Campbell started her career in the 1980’s and soon appeared on the catwalks of Milan and Paris as well as on the cover pages of internationally renowned fashion magazines. Her mother, Valerie Campbell (née Morris), is a former ballet dancer of Afro-Jamaican descent.

In accordance with her mother’s wishes, Campbell has never met her father, who left then-18-year-old Valerie two months after the birth of their daughter. He was unnamed on birth certificate and neither Campbell nor her mother have ever publicly revealed his identity. However, sources say he was of Chinese-Jamaican descent. 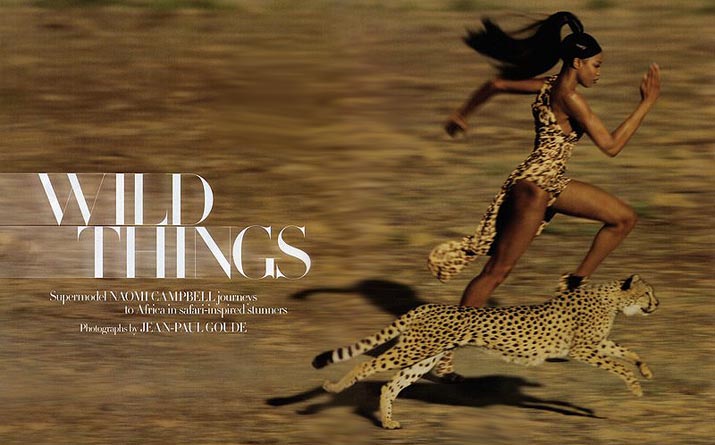 As a young child, Campbell was left in the care of a nanny while her mother travelled across Europe with the dance troupe Fantastica. At age 10, she was accepted into the Italia Conti Academy stage school, where she studied ballet. Campbell attended Dunraven School, a comprehensive school run by Inner London Education Authority in Streatham. 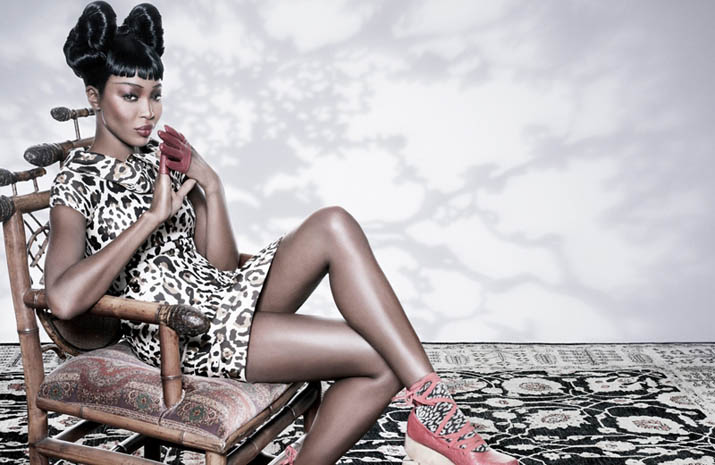 Campbell’s enormously successful modelling career, in some respects unprecedented for a black model, made her one of the most recognizable and in-demand models of her generation. During the so-called supermodel era of the early 1990’s, she was part of the “Big Six”, alongside Cindy Crawford, Claudia Schiffer, Christy Turlington, Linda Evangelista and Kate Moss, and “The Trinity”, alongside Turlington and Evangelista. Campbell has appeared on more than 100 magazine covers and has enjoyed a runway career longevity matched by very few. On an episode of her reality show America’s Next Top Model, friend and former alleged rival Tyra Banks once described Campbell’s body as one of the “best in the business.” 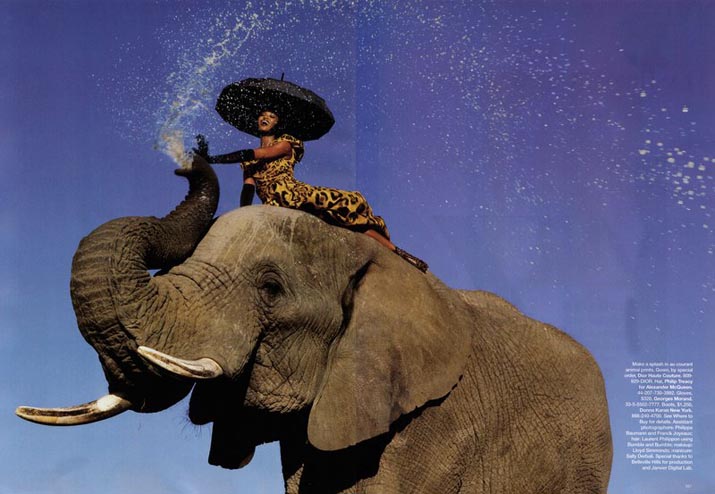 Campbell’s first public appearance came at age 7 in February 1978 when she was cast as a pupil to appear in a music video for Bob Marley’s song Is This Love? In 1982, she appeared in another music video, this time as a tap dancer for Culture Club’s I’ll Tumble 4 Ya.

At age 15 and while still a student at the Italia Conti Academy, Campbell was spotted by Beth Boldt, a former Ford model and head of the Synchro model agency, while window shopping in Covent Garden. Campbell soon opted to become a fulltime model, signing with Elite Model Management. Campbell started her career as a catwalk model and was quickly hired for various high-profile advertising campaigns, including Lee Jeans and Olympus Corporation, which introduced her to the American market. Campbell also completed campaigns for Ralph Lauren and François Nars.

Again at 15 in April 1986, Campbell appeared on the cover of Elle, replacing model Veronica Webb who had cancelled out of the appearance. In August 1988, she appeared on the cover of Vogue Paris as the publication’s first black cover girl, after friend and mentor, Yves St. Laurent, threatened to withdraw all of his advertising from the publication after it refused to place Campbell, or any black model, on its cover. In addition to Vogue Paris, Campbell also became the second black model after Donyale Luna to appear on the cover of Vogue UK (replacing fellow black model Veronica Webb who apparently declined to work with the magazine), Vogue Nippon, Time Magazine and later Vogue China. She has also posed nude for Playboy and appeared in Madonna’s 1992 book Sex, in a set of photos with Madonna and rapper Big Daddy Kane.

She famously starred in George Michael’s music video Freedom! ’90’, where she lip-synched to his song along with fellow supermodels Linda Evangelista, Christy Turlington, Cindy Crawford and Tatjana Patitz. In 1992, Campbell appeared in Madonna’s music video for Erotica, which featured filmed footage from photoshoots for the book Sex. In addition to the previously mentioned music videos, Campbell has appeared in videos for artists such as Michael Jackson, Nelly, Jagged Edge, Jay-Z, P.Diddy, The Notorious B.I.G., Macy Gray, Prince and Usher. 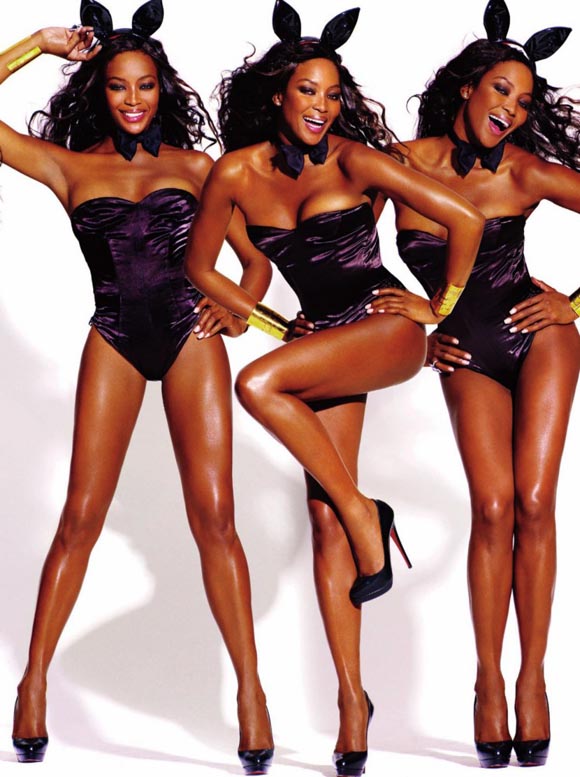 In 2008, when talking about the term “supermodel”, she said: “Models need to earn their stripes – I just think the term is used a little too loosely. Kate Moss is obviously a supermodel but, after Gisele Bündchen, I don’t think there’s been one.”

In 2009, Campbell gained a lot of attention when she spoke of the “racist” fashion industry. In an interview with Glamour magazine, Campbell was quoted as saying, “You know, the American president may be black, but as black woman, I am still an exception in this business. I always have to work harder to be treated equally.” Campbell has often cited model Iman as one of her primary inspirations.

In 2010, Campbell signed up to host season six of Britain’s Next Top Model but pulled out six weeks before filming because of time commitment issues. 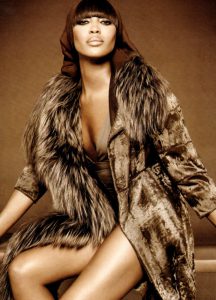 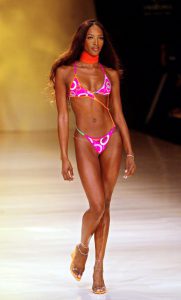 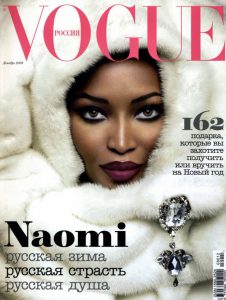 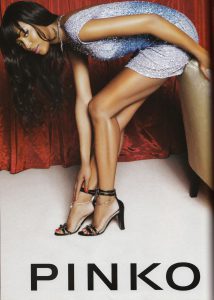 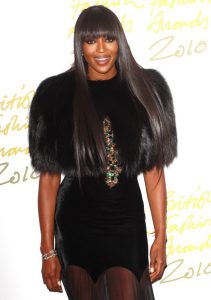 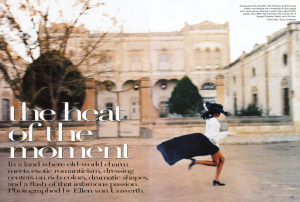