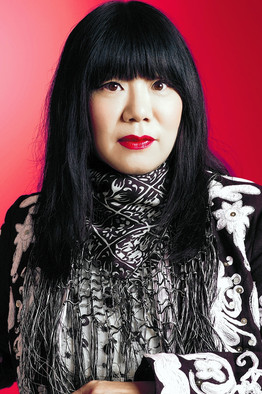 Anna Sui  is an American fashion designer. Sui is one of the most celebrated names in fashion history, known for her timeless designs and ability to transcend eras with historical and culturally inspired collections. She was named one of the “Top 5 Fashion Icons of the Decade”  and earned the Lifetime Achievement Award from the Council of Fashion Designers of America (CFDA), joining the ranks of Yves St Laurent, Giorgio Armani, Ralph Lauren, and Diane von Furstenberg.

Her worldwide luxury fashion brand includes clothing, shoes, cosmetics, eye-wear, and accessories, as well as her renowned line of signature fragrances. Anna Sui products are sold through her free-standing stores and distributors around the world in over 50 countries. In 2006, Fortune estimated the collective value of Sui’s fashion empire at over $400 million.

Sui was born on August 4, 1964 in Detroit, Michigan to French-educated Chinese emigrants. By the time she was four years old, Sui knew she wanted to be a designer. As a teen, she read an article in Life Magazine about a girl who graduated from Parsons design school in New York and then moved to Paris- where Elizabeth Taylor and Richard Burton opened the girl a boutique. As Sui recalls, “As a kid, you think ‘wow’, you’ve found the magic ticket…all you have to do was move to New York and go to Parsons.” 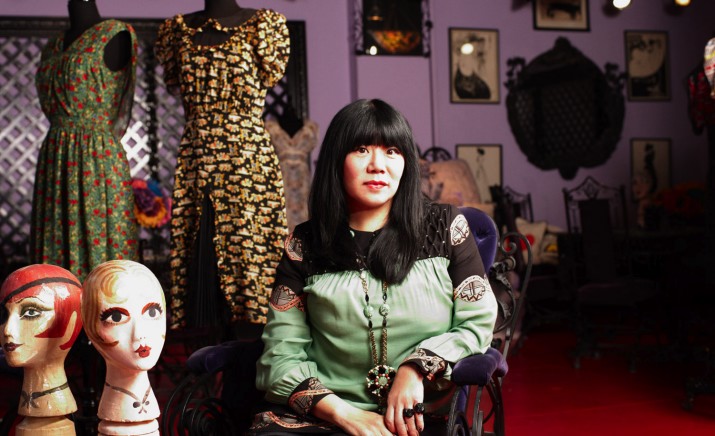 Years later, when Sui went back and re-read the article, she realized the girl’s father was the legendary photographer, Irving Penn. Sui moved to New York and attended Parsons. In her second year, she overheard two seniors talking about a job opportunity at “Charlie’s Girls” with Erica Elias.  She got the job.   That was probably the best job she could have ever landed because Erica gave her very own design room to work in.

She had sewing ladies.  She had a draper.  They had five different divisions where she could do swimwear, sportswear and sweaters.  She learned how to do everything.  Erica was a very tough boss but without that experience, Anna dosn’t think she could ever have had the same opportunities that she later enjoyed.  When Charlie’s Girls closed, Erica’s name still opened doors for her at many of the other big sportswear houses. 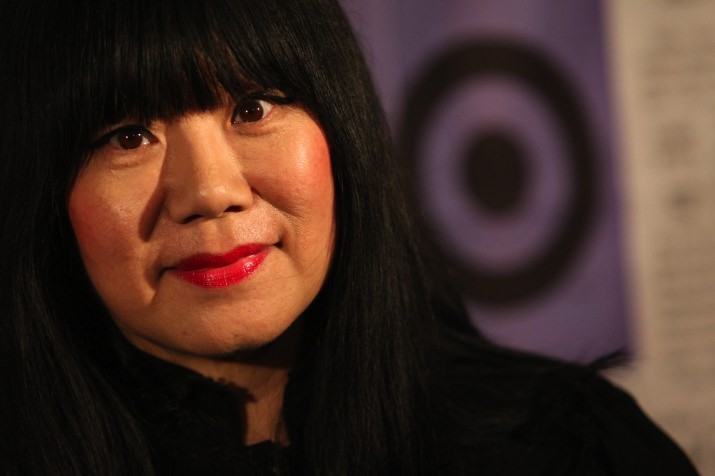 After leaving Parsons, Sui learned by designing for sportswear labels and doing styling on the photagraphy shoots of her friend Steven Meisel. During this time, she began designing and making clothes out of her apartment. While working for the sportswear company Glenora, she brought her collection of five pieces to a New York trade fair, and caught the attention of a couple New York department stores. A few weeks later, those clothes were featured in a New York Times advertisement. The manager at Glenora, where Sui was on the payroll, was furious when he saw the advertisement in the Times and fired her on the spot. 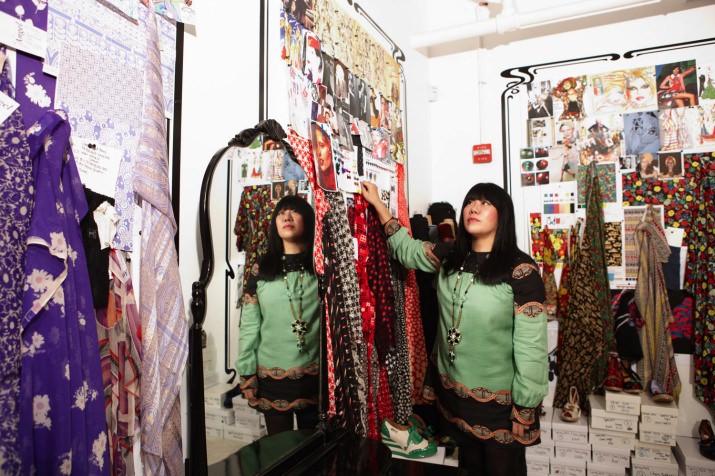 Left without a job, Sui took her $300 in savings and started a business out of a little corner in her apartment’s living room. For several years, Sui ran the company out of her apartment, doing odd-jobs for spare income and reinvesting every penny of earnings into her business. The 1980’s was the height of “power-dressing” companies such as Chanel, Lacroix and Versace and Sui struggled to stand up next to the big-name fashion houses. 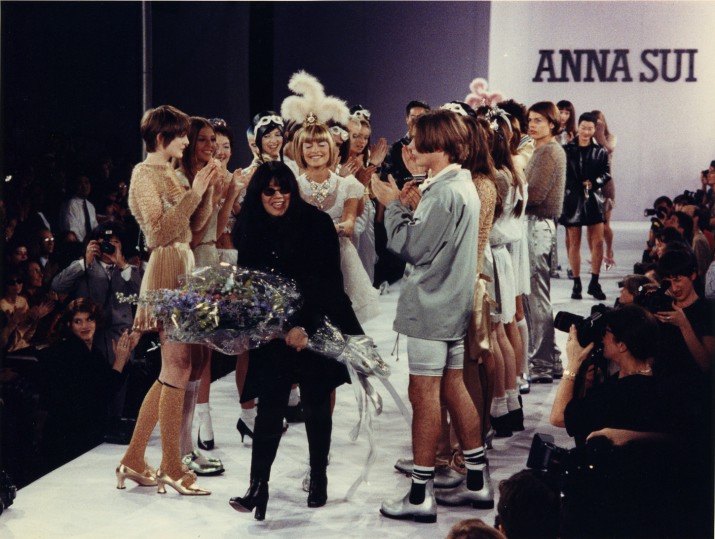 In 1991, Sui’s friends Naomi Campbell and Linda Evangelista got together and encouraged her to try a runway show. Sui rented a small space in the meatpacking district and paid the models by giving them the clothes. The successful show was the biggest breakthrough of Sui’s career. “That those beauties (Campbell and Evangelista) were then at the height of their fame helped stoke the reception Sui got from buyers and the news media.” She suddenly started getting a lot of press notice internationally.  It was a case of being in the “right place at the right time”. 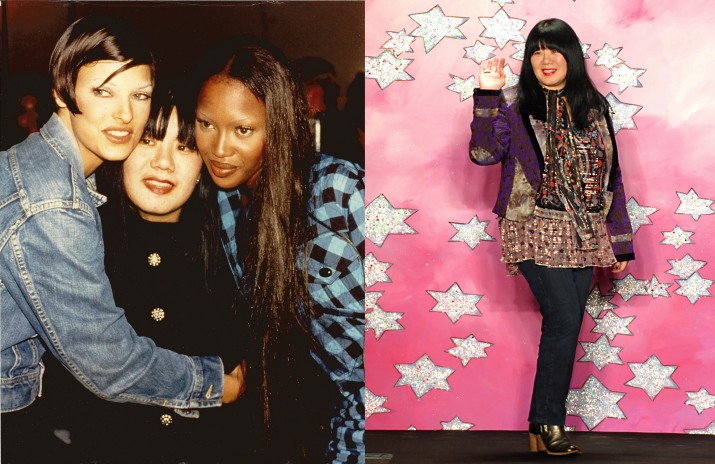 All the Japanese stores were coming to New York looking for American designers to develop distribution deals with.  She started getting a lot of offers. The company that she finally chose was: Isetan.  It has been the most amazing partnership. Isetan made her collection famous in Asia.  They opened freestanding Anna Sui boutiques in Japan. She  also got 12 licenses, including a cosmetic line.  And the German company, Wella (now P&G) asked to develop perfume with Anna.  That’s really what made her a global brand. 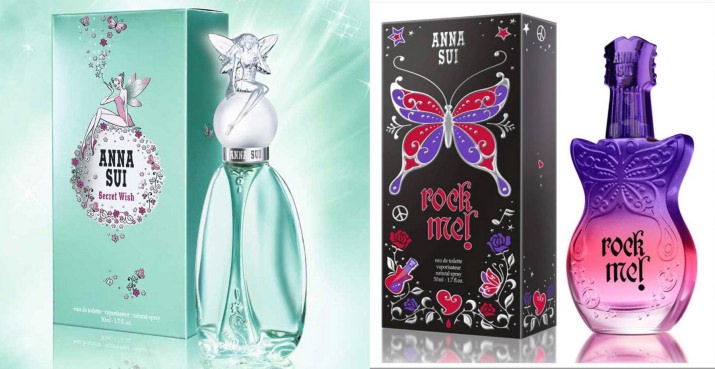 That year, Sui opened her first retail location at 113 Greene Street in New York City’s Soho District. The flagship store, with its lavender walls, red floors, antique black furniture, and signature dolly head mannequins has become a staple of SOHO fashion and has guided the aesthetic of Anna Sui stores worldwide. Evoking the Anna Sui lifestyle, “the stores have come to emphasize the epitome of culture in a continually shifting fashion world.” Over her career, Sui has also grown her brand internationally in the American, European, Asian and Middle Eastern markets. Her iconic fashion shows, with their much-anticipated rock music and background designs, routinely pack the Tent at Bryant Park during her prime time Wednesday slot at Fashion Week. 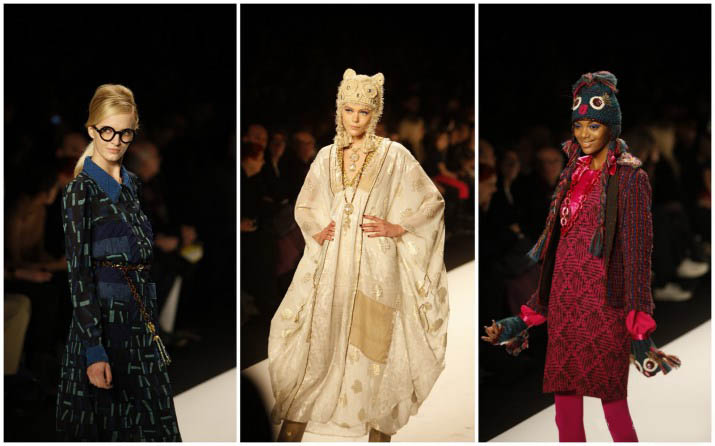 For the past two decades, Sui’s iconic collections have drawn on her travels around the world, with inspirations ranging from Belle Époque, Pre-Raphaelite paintings, Uzbekistan, to the American West. Sui designs and manufactures her signature collection in her New York City headquarters on Fashion Avenue. In addition to her work as a designer, Sui has ardently fought to keep the industry alive and has spearheaded a campaign to “Save the Garment Center”, which was highlighted during Fashion Week in September 2008. Sui’s designs attract many famous clients such as Paris Hilton, Blake Lively, Naomi Campbell, Sofia Coppola, Lindsay Lohan, Maria Sharapova, Liv Tyler, and Courtney Love. 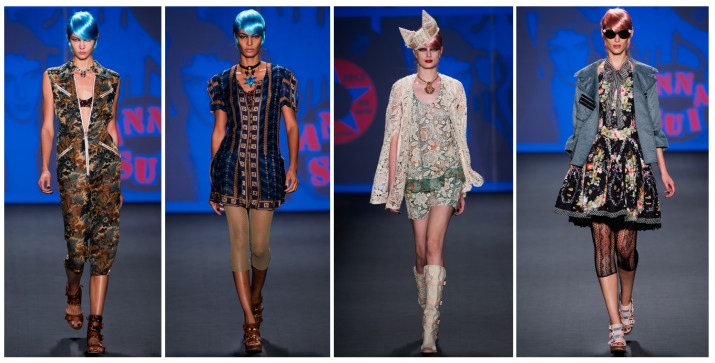 For her innovative work, Sui has been called a designer who “never panders” by The New York Times, and earned the distinction of being named to Time magazine’s list of the decade’s top five fashion icons.

In 2008, she was profiled in Newsweek’s Women and Leadership, and was recognized for her contribution to fashion at the Bravo A-list Awards.

In 2009, Sui won the Council of Fashion Designers of America Geoffrey Beene Lifetime Achievement Award, which serves to honor contributions made to American fashion by outstanding individuals in the industry.

Anna Sui Shoes premiered on the runway for the fall collection in 1994. Manufactured in Venice, Italy, the shoe collection includes both day and evening styles, in velvet, silk, patent leather, snake and lizard skin, shearling and suede.

In 2009, Sui partnered with Target to produce a Gossip Girl inspired line combining Upper East Side style with a downtown edge. The limited edition collection was available for several weeks in September. A children’s line known as “Anna Sui Mini” debuted in early 2009. Her design versatility was further displayed when Sui was contracted by Samsung Electronics Co. to design cellular telephones.

Sui introduced her signature fragrance and cosmetic line in 1999. Her much-anticipated and collectible perfumes are famous for their elaborate packaging and bottle designs.

* Dolly Girl on the Beach

* Rock Me! Summer of Love

Anna Sui is always experimenting with the intersection of good girl and bad girl, and for Spring 2013 she took traditional French emblems (toile, pearl embellishment, Marie-Antoinette blue) and mixed in notes from the 1970s punk scene in New York like ripped fishnet tops, jumpsuits, and blue and red plaids. 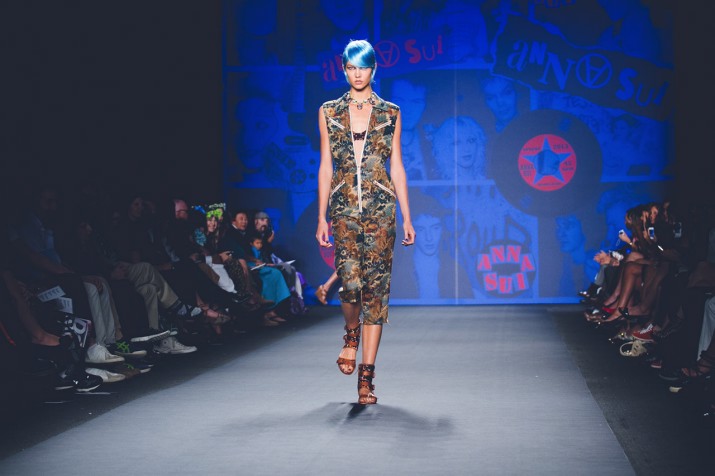 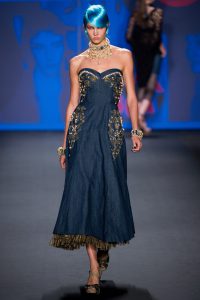