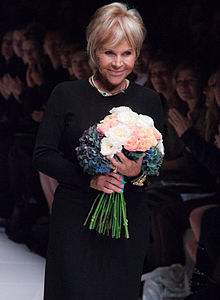 Anna Molinari was born in Carpi, Italy in 1949. Together with her husband Gianpaolo Tarabini based fashion house “Blumarine” in 1977 in the same town Carpi in the province of Modena. The name was inspired by the couple’s favourite colour and their love of the sea. In 1980 they made their first appearance at Modit in Milan, where Blumarine was named Designer of the Year, which led to their first show at Milan Fashion Week the following year.

In 1983 Anna creates the youth line “Miss Blumarine” for the age group of 6 and 14 years, only for girls. Five years later is founded the company “Blufin” based in Carpi. It combines everything done till present by Anna Molinari and her husband.

The 1986 Milan Fashion Week saw the first collection wholly designed by Anna Molinari. In 1990 Molinari openes her first independent boutique in Milan. Only after several years Molinari is sold in hundreds of stores worldwide. In 1992 are created two famous brands “Anna Molinari” and “Blugirl”. 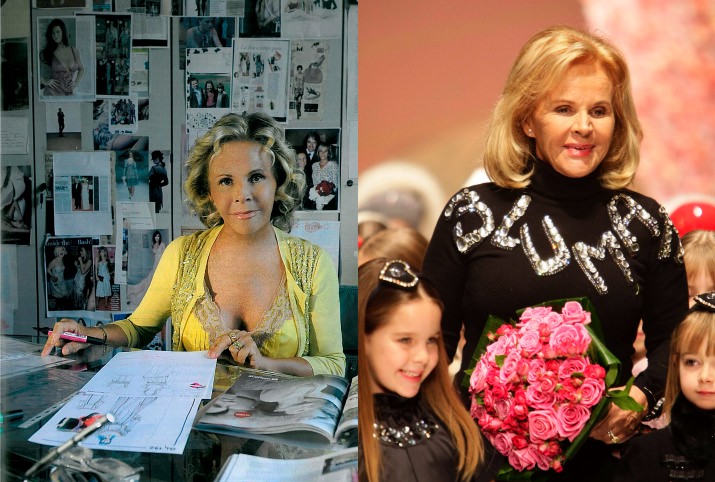 In 1997 continues the expansion of the fashion house, which has a 46 percent growth in sales and opened new boutiques in Osaka, Tokyo, Lisbon and Seoul. In Tokyo exhibition is held in the best advertising campaigns of “Blumarine” from 1991 to 2001, which coincided with the opening of a new independent boutique of the brand in the Japanese capital.

In 2002 in Beijing is opened a boutique “Blumarine” and in September the same year debutes a new line of “Blugirl” – knitwear collection for teenagers. In 2008 Anna Molinari opens independent boutiques in Miami, Dubai, Moscow, Kiev, Odessa, Novosibirsk and others. 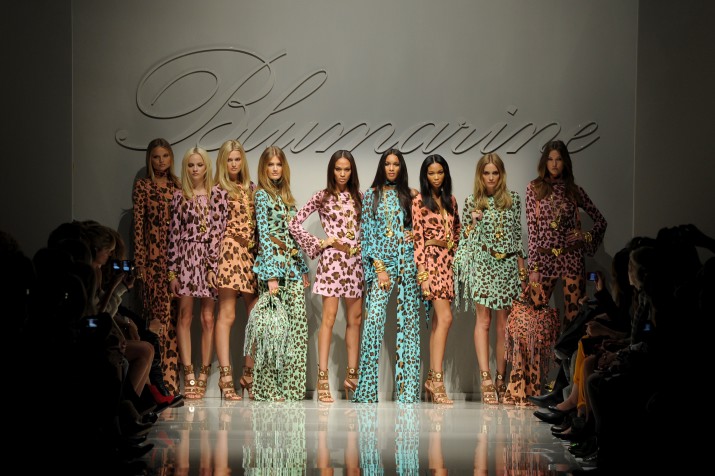 Anna Molinari has received many awards, of which the most notable are perhaps the Isimbardi Fashion Award in 2001, and a La Kore Fashion Oscar ion 2003. She has also been involved with many charities, such as the Italian Osteoporosis League and the rehabilitation of prisoners. 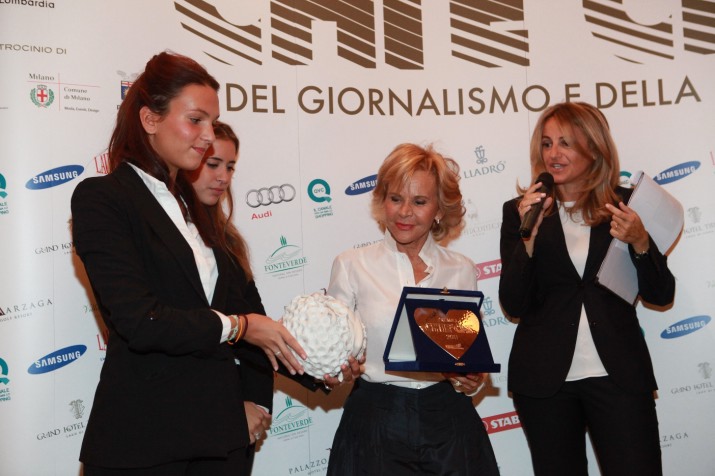 Presently it boasts of 600 stores globally with two showrooms in Miland and New York. They also have seven single-brand boutiques in Milan, Bari, London, Singapore and Taipei with two shops in Hong Kong. Anna Molinari created a niche for herself with presenting her creations on the New York, Tokyo and Nagoya catwalks. 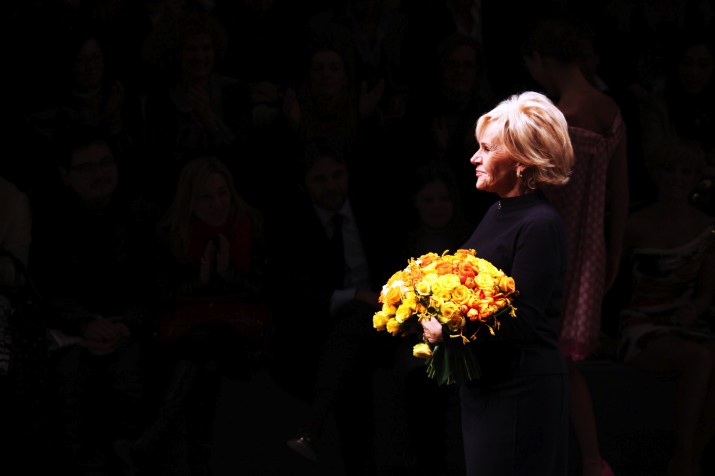 The stylistic concept of Anna Molinari is very simple:  fantasy, passion, curiosity, fascination, and romanticism. It’s easy to describe the typical Blumarine woman: one has only to look to Anna Molinari, her intelligence, vivacity, creativity, femininity and passion: a vibration between angel and femme fatale. Helmut Newton, one of the world’s greatest fashion photographers, has perceived this essence and, guided by the modernity of Anna Molinari, has created a new concept of feminine power. 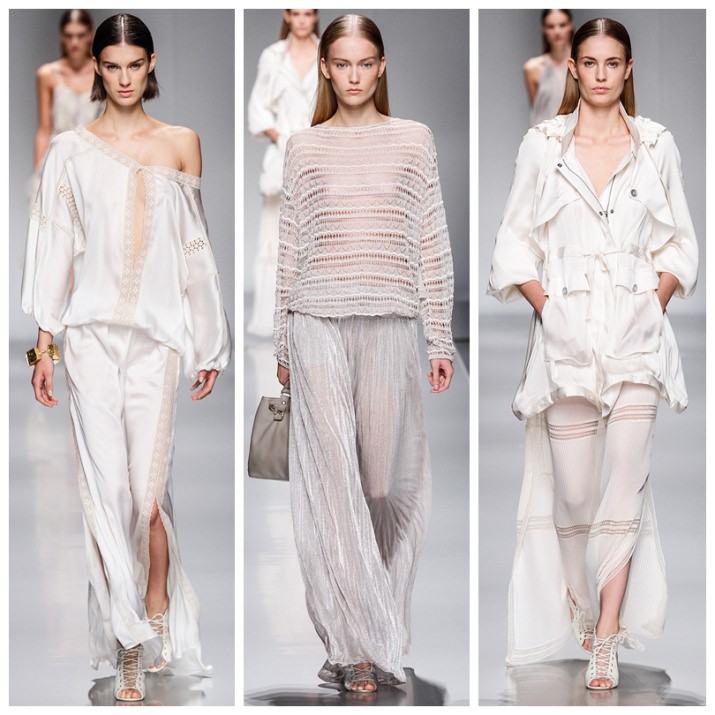 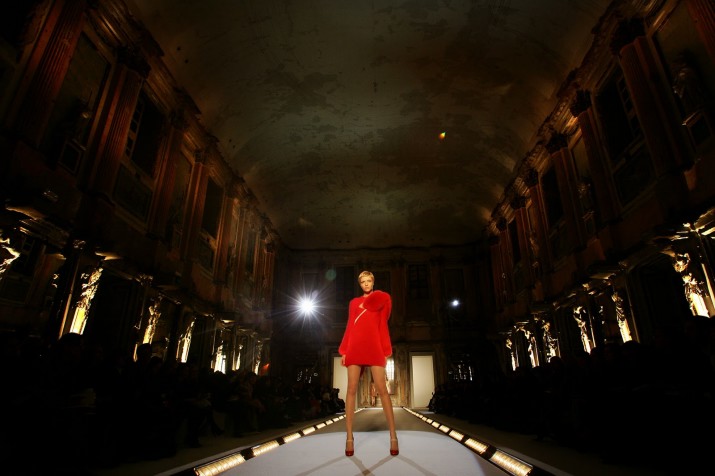 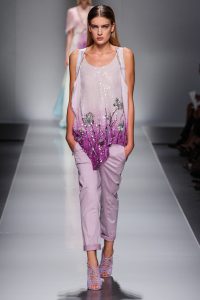