Diamond in the Rough 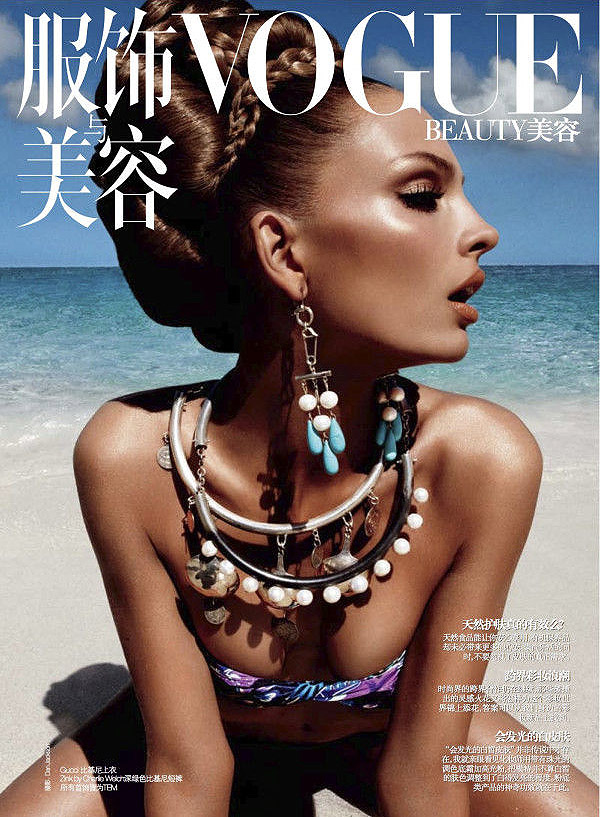 It’s strange how the most routine event can completely alter one’s direction in life. Fate may have had a heavy hand in taking Carola Remer from classrooms and laboratories, from lab coats and libraries, into the brutally hectic world of a fashion model. Her quiet, studied lifestyle vaporized against uncounted walls of strobes and cameras, runways lined with still more lights and more cameras, her face and form reprinted a million times over in magazines worldwide. Except for a local modeling scout walking into her cousin’s salon in 2008, Carola would likely be well on her way through medical school, studying to be a medical doctor like her father (a surgeon) or a pharmacist like her mother. Not everyone can handle the game Fate often plays, but Fate rarely meets a girl like Carola. 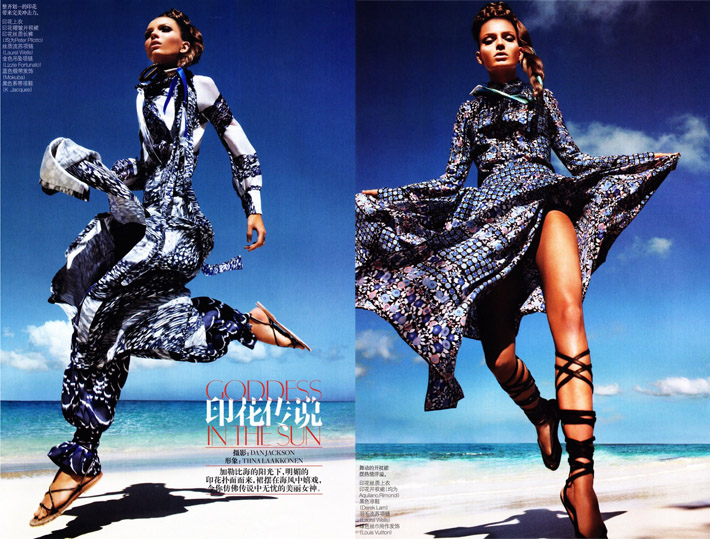 Carola’s story isn’t of rags to riches. Instant stardom didn’t happen when the first modeling agency called. In fact, after her cousin had sent those photos to the local agency in 2008, Carola spent a few years in front of cameras and walking runways before things started to really happen in 2011, signing with One Management, a powerhouse agency based in New York City. From that point, Carola’s international career as a model took flight.

Often lauded as an editorial model, her physical attributes are candy to the camera lens. Gorgeous eyes, strong cheekbones, and long well-toned limbs honed by years of ballet training, all combine to make her photographs stunning. Carola’s taste for the designer labels has evolved into meeting and appreciating the designers themselves. Considering the number of labels she has represented since her recent arrival to the show, her Germanic work ethic, positive life outlook and adventurous spirit are hitting a pleasing note with fashion’s headliners as well. 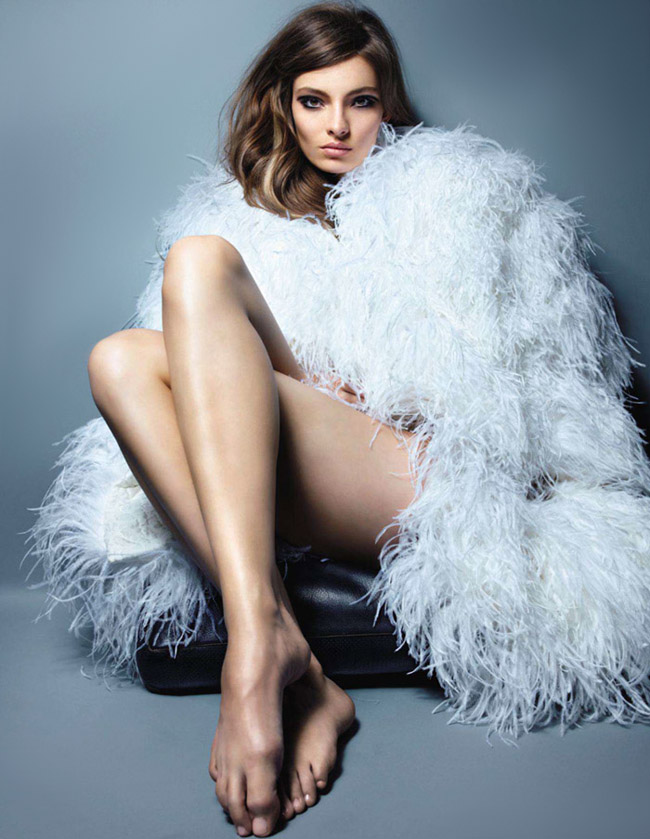 She booked all those spreads before making her Fall 2011 catwalk debut, walking for an eclectic group of designers including Ralph Lauren, Emilio Pucci, Jean Paul Gaultier, and Tom Ford. Reflecting her popularity among the industry’s powerbrokers, Carola is presently ranked at 43rd with Models.Com of the world’s Top 50 Models.

So what’s behind Carola’s success? Certainly it isn’t because she knew anyone who could just pick up the phone and make her career. Nor was Carola discovered at some long-since forgotten nightclub, drug store or poolside whilst sipping an umbrella-equipped iced tea. 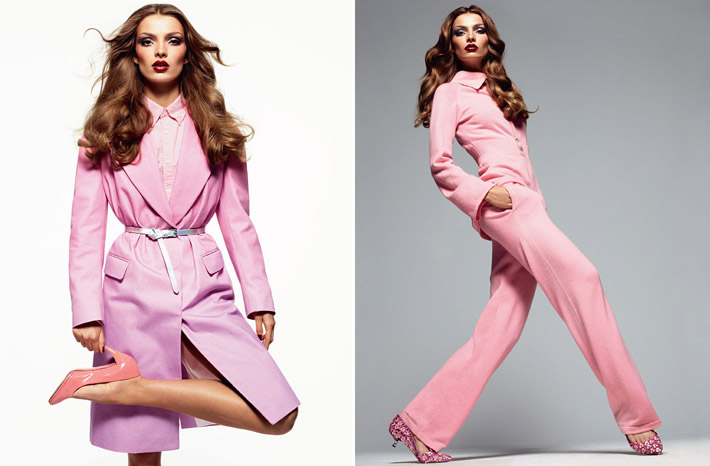 Carola’s road to fame and notoriety was everything mundane. Her cousin, unbeknownst to Carola, sent her photos to a local modeling agency. That agency liked what they saw and requested Carola meet with them. From there, she started working locally and regionally. No sea of camera flashes as she walked the runway, no paparazzi waiting for her leaving the photographer’s studio, no reporters begging for interviews. Lots of early hours, expectations of always being on time and ready to work, and never clubbing ’til dawn with work only a couple hours away. 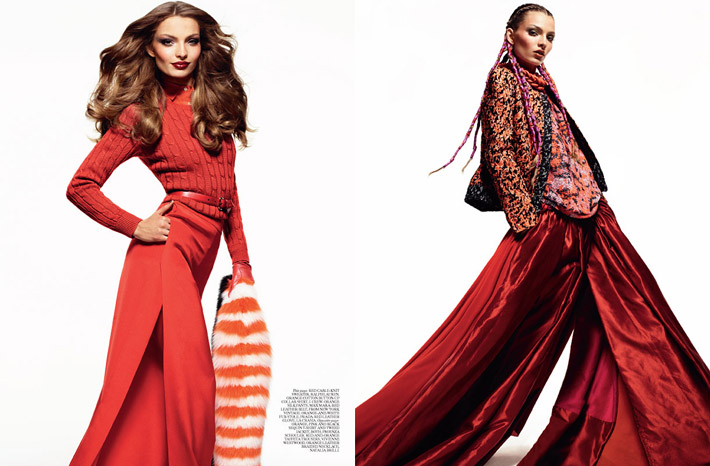 Her work ethic kept her on track, no doubt a byproduct of her German heritage. Carola knows what to expect of herself. Efficient, focused, prepared. For many, that would appear robotic. What makes this human is that Carola actually enjoys what she’s doing. It’s fun, invigorating and constantly changing. The adventure and sense of discovery with each job assignment help Carola keep it fresh and alive, an aura she shares with those around her. 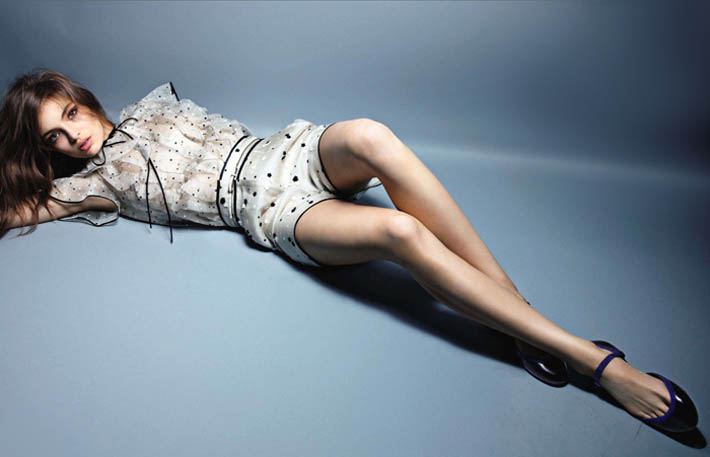 While she loves to shop, Carola demonstrates self control with few impulsive purchases. Simply, in her personal life, Carola makes the accessories, not the other way around. She gains her satisfaction from partaking in new adventures and experiences, cooking new recipes for her friends, reading books and exercising. There isn’t any magic in Carola’s choices yet her enthusiasm and appreciation are magical for those she touches.

This combinations of ditch-digging, no shortcuts reality, plus her vitality and adventurous spirit are the key to Carola’s success. These are the tools that help her build her name in the modeling industry, an industry known to chew up the weak and spit them out. By keeping true to her solid fundamentals and remembering that good fun is healthy for the soul, Carola is positioned to continue her climb to the top of the modeling world.