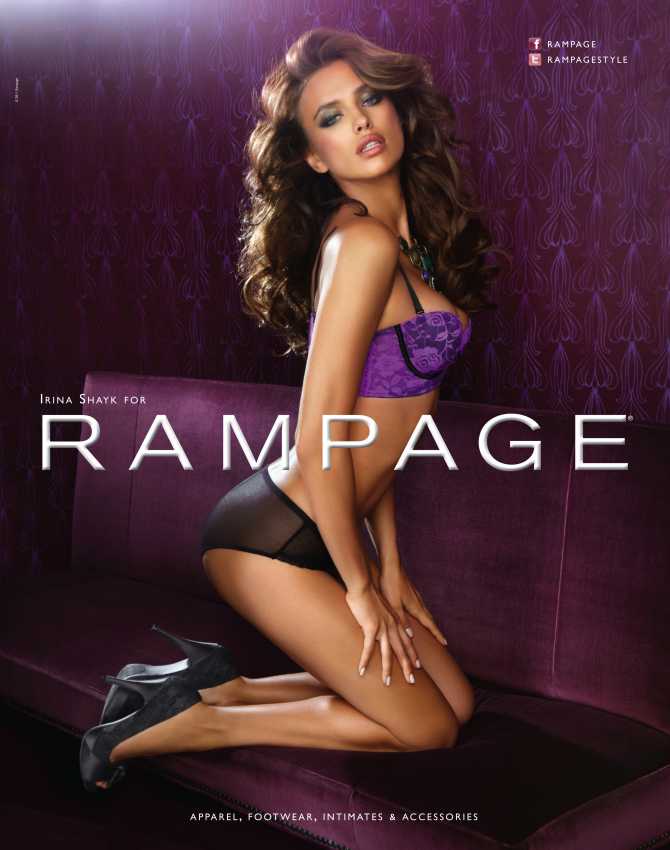 Irina Shayk commented, “I was very excited to shoot this campaign because such iconic supermodels have worked with Rampage before me such as Bar Refaeli and Gisele Bunchen.”  Shayk added, “Rampage’s fall collection is beautiful and sexy – it has everything you need to transition your outfit from day to night.”
Dari Marder, Chief Marketing Officer, Iconix Brand Group commented, “We are very excited to be working with Irina Shayk for our Fall campaign. She defines the Rampage woman which is sexy and sophisticated. She has the ability to look effortlessly glamorous which is portrayed in the new campaign.”
The Rampage campaign was shot in New York City by famed fashion photographer Gilles Bensimon.  Shayk poses glamorously in Rampage intimates, clothing and accessories.
The new campaign will debut during New York Fashion Week in Fashion Week Daily and in fall issues of fashion, entertainment and lifestyle magazines such as Cosmopolitan and People StyleWatch.  It will also be featured on outdoor advertising, in store collateral and online at www.rampage.com. 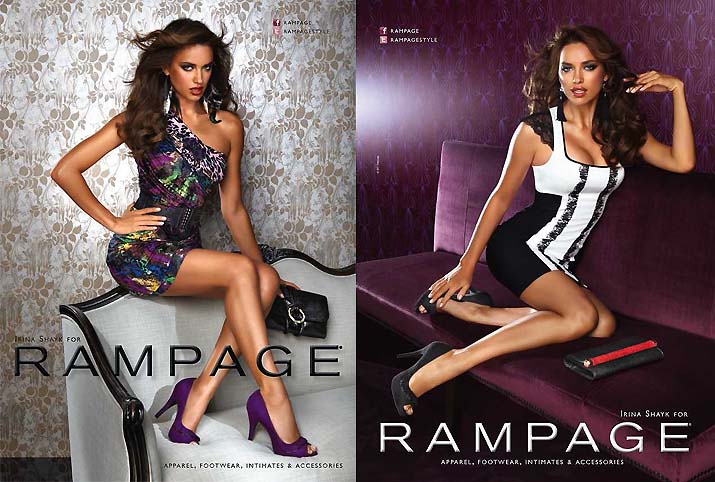 Rampage is sold at better department stores nationwide. Follow on Twitter @Rampagestyle and become a fan at www.facebook.com/rampage