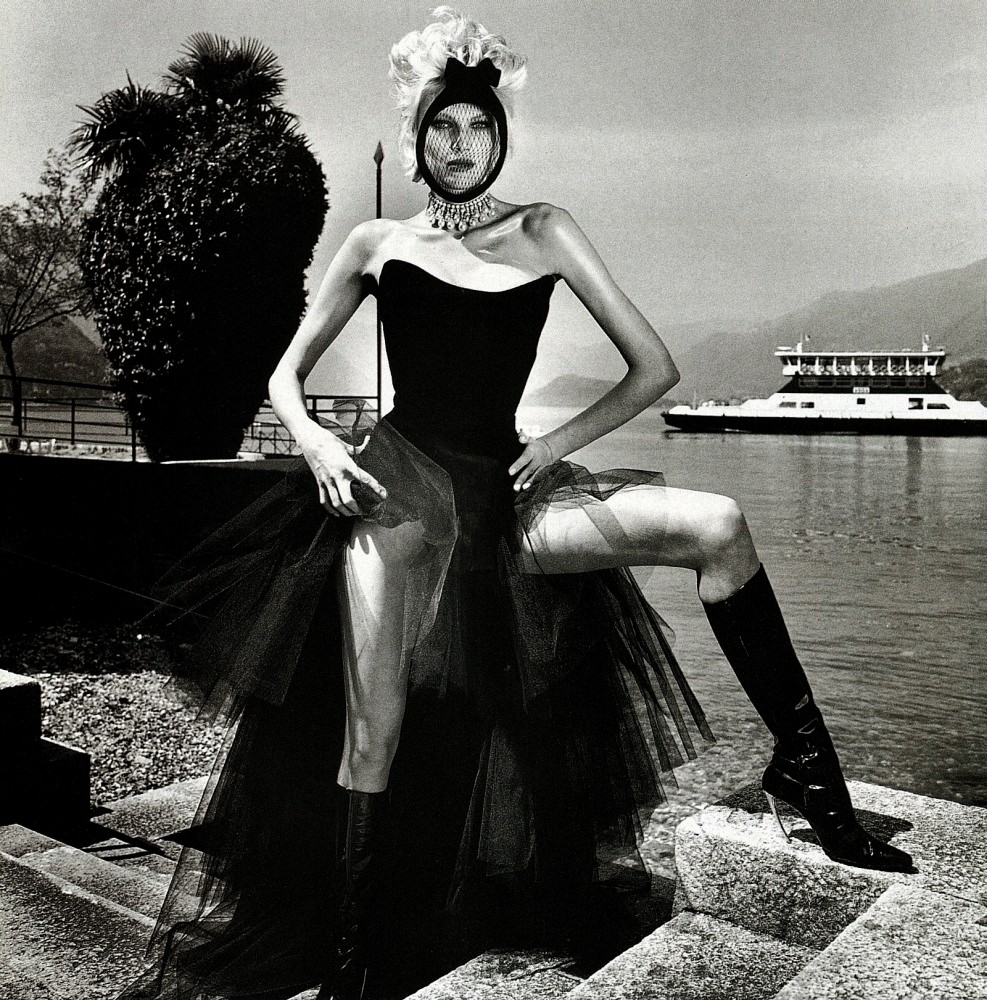 Thierry Mugler is more than just a fashion designer. The designer is also a known photographer, and had some early training was as a ballet dancer.

Mugler was born in Strasbourg, France on 21 December 1948. His passion led him to focus more on drawing than on school and at the age of 9, he began to study classical dance. By 14, he joined the ballet corps for the Rhin Opera (Op&eacute;ra national du Rhin). At the same time, Mugler began taking classes in interior design at the Strasbourg School of Decorative Art.

At the age of 24, Mugler decided to travel the world and left Strasbourg to go live in Paris. He began designing clothes for a small, trendy Parisian boutique by the name of &quot;Gudule&quot;. At 26, Mugler, who was working as a freelance designer, began to work for a variety of large ready-to-wear fashion houses in Paris, Milan, London and Barcelona.

In 1973 Mugler created his first personal collection called &quot;Caf&eacute; de Paris&quot;. The style of the collection was both sophisticated and urban. Melka Tr&eacute;anton, a powerful fashion editor, helped launched his career. In 1976, she asked him to show his work in Tokyo, for an event organized by Shiseido. 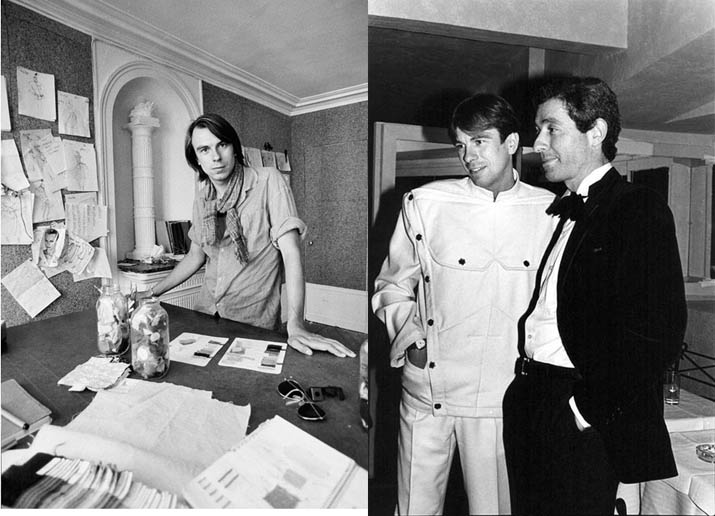 In 1978 he opened his first Paris boutique at the place des Victoires (in the 1st arrondissement). At the same time, Thierry Mugler launched a fashion collection for men. For this collection, he reworked classical masculinity giving it a definitively modern style. A clean, precise, structured cut which outlined a highly-recognizable silhouette: prominent shoulders, both &quot;anatomical and classic&quot;, for a dynamic and slender look.

During the 1980s and 1990s Thierry Mugler had become an internationally recognized designer and his collections garnered much commercial success. He created a style that was very much of its time: it was strong, angular, and sometimes almost cruel. Shoulders were wide and padded; waists were wasp-like. Prints were banished: Mugler’s clothes came in solid, dominating colors. Collars had exaggerated points, or flame like cutouts. The insect kingdom was a constant influence, as were the ladies and gentlemen of film noir. PVC was often used as his material for his runway pieces, used to create space and robot themes.

1984 marked the 10th anniversary of the creation of the house. The Fall/Winter of 1984-85 collection was presented in a mega-show before 6,000 people at the Zenith in Paris. It was the first fashion show in France ever opened to the general public.

At the request of the Chambre Syndicale de la Haute Couture, he completed his first haute couture collection in 1992. He also created the famous black dress worn by Demi Moore in the 1993 movie, Indecent Proposal.

Thierry Mugler&rsquo;s first perfume appeared in 1992 and was called Angel. &quot;Angel&quot; opened a new olfactory trend with its combination of praline and chocolate-derived sweetness mixed with a strong accent of patchouli. Angel was the first oriental gourmand perfume and comes in an unprecedented color for a women&rsquo;s fragrance: blue. 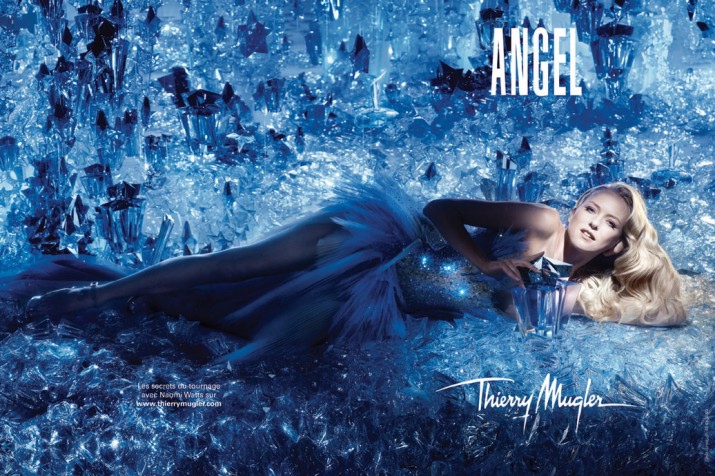 1997 Mugler developed a partnership with the French cosmetics and skincare company Clarins. A-Men, his first men’s fragrance was launched in 1997, and has also received much popularity. The Thierry Mugler company is now known best for its perfume division: the couture division was closed in 2003, and all Thierry Mugler ready-to-wear is now produced under license agreements, as is a line of eyewear. After seven years of fruitful partnership, confirmed in the success of the fragrances, the CLARINS group acquired a larger majority in Thierry Mugler Couture. 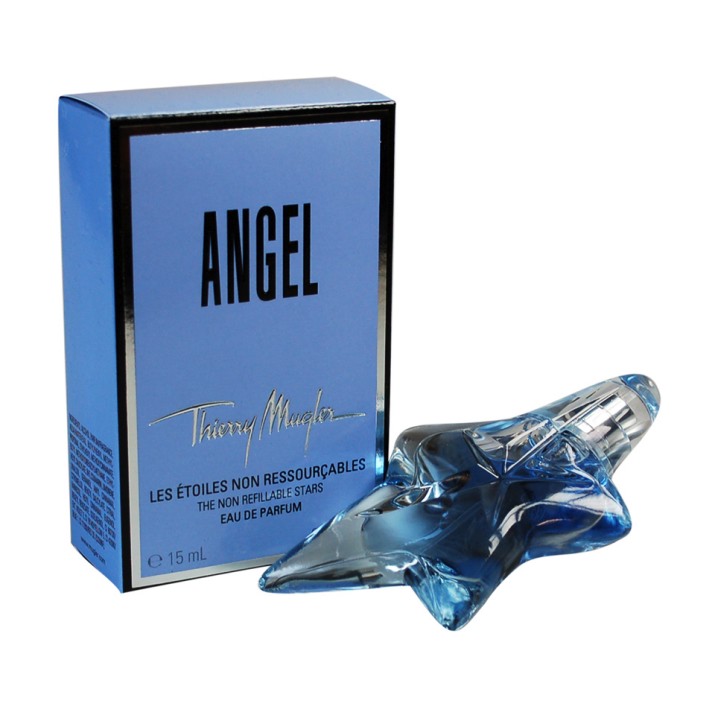 In the meantime, Mugler turned to other artistic interests. Mugler published his first photography book in 1988, &quot;Thierry Mugler, Photographe&quot;: filled with Mugler&rsquo;s taste for travel and adventure. This first book was followed by a monograph in 1999 entitled, “Fashion Fetish Fantasy&rdquo; which assembles photos of his creations. All the designs are worn by Thierry Mugler&rsquo;s model and celebrity friends in the book. 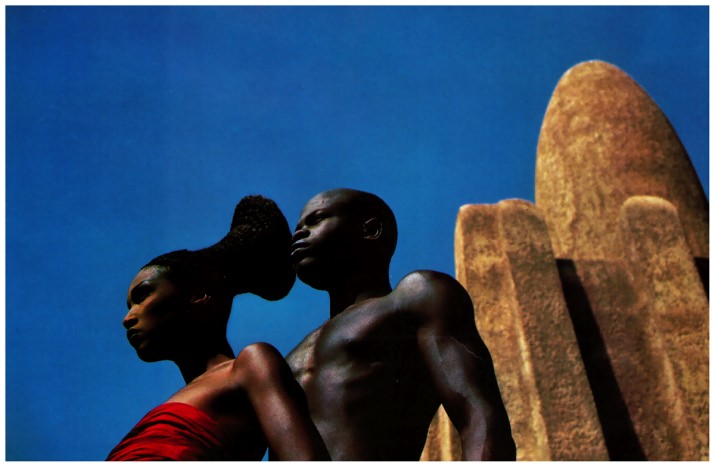 Mugler also directs short films, advertising films and video clips. He regularly designs costumes for musical comedies, concerts, operas and the theatre (including Macbeth for the Com&eacute;die Fran&ccedil;aise). He has worked with such artists as Robert Altman and George Michael (he directed the video for Michael’s &quot;Too Funky&quot; in 1992). He also directed the first advertising film for one of his fragrances, Alien.

He collaborated with the Cirque du Soleil in 2002, a group which performs all over the world. He directed &quot;Extravaganza&quot;, one of the scenes of Zumanity, but also created all the costumes and the identity of the characters in the show, which ran for several years at the New York Hotel in Las Vegas&nbsp;In 2008, the Mugler’s brand launched Thierry Mugler Beauty, a high-end line of cosmetics.

In 2009, Thierry Mugler worked as artistic advisor to singer Beyonc&eacute;. He created the costumes for her &quot;I Am… World Tour&quot; and gave his artistic vision to the staging, lighting, the decorations and the choreography. 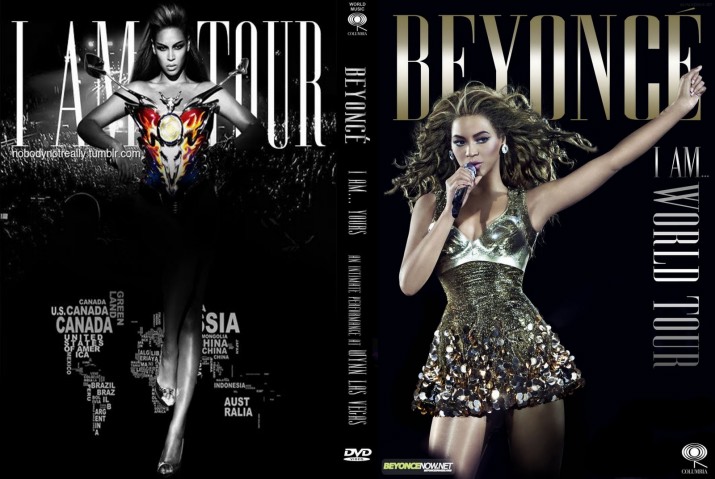 On 8 March 2010, Thierry Mugler launched the site womanity.com, a virtual space for expression which asks visitors to share their vision on what it means to be a woman today. The site corresponded to Womanity, the newest fragrance by the house of Mugler which was released at the same time.

In September 2010, Nicola Formichetti was announced to be the new Creative Director of the Thierry Mugler brand. He changed the brand name to MUGLER, removing the first name, and in January 2011, he launched the brand’s first menswear collection.

An April 2010 New York Times story discussed Mugler’s cosmetic transformation of his face body and genitals. &quot;[Mugler has] taken to calling himself Manfred and transformed his body…into what is apparently a 240-pound spectacle of muscle and nipple and tattoo…&quot; 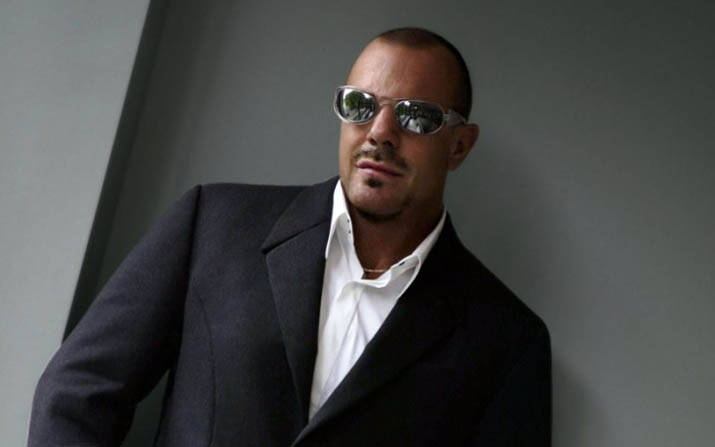 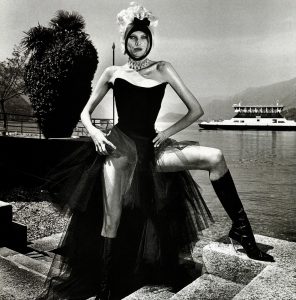