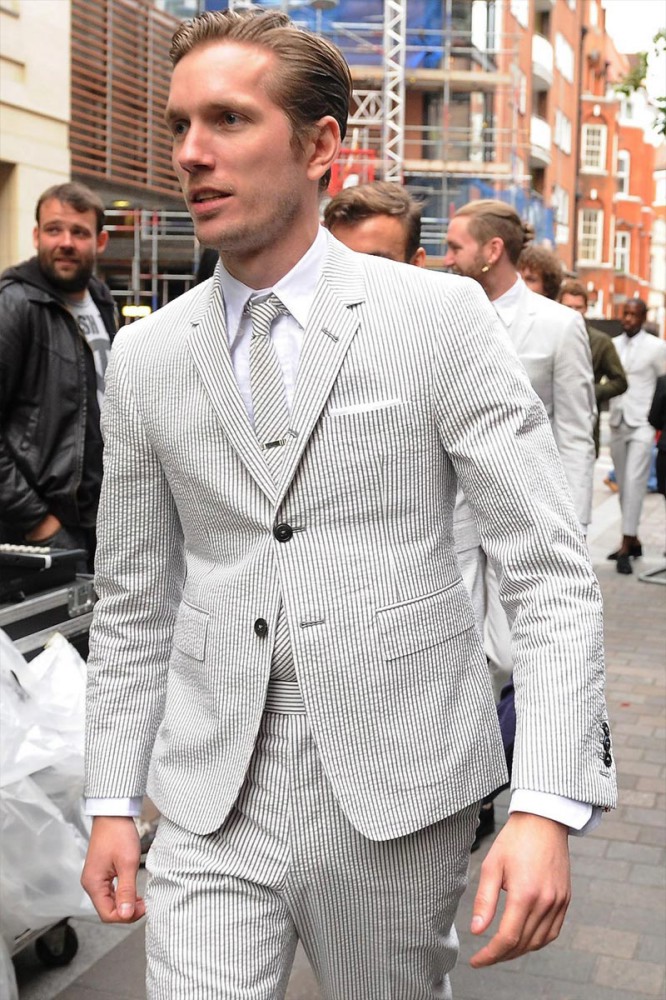 Thom Browne is an American fashion designer. He is the founder and head of design for Thom Browne, a New York City-based menswear and womenswear brand.

Browne was born on December 4, 1965 to two lawyer parents and grew up in Allentown, Pennsylvania, participating in non-team sports and keeping to himself most of the time. He graduated from William Allen High School and then he attended the University of Notre Dame, where he received a degree in economics. He was also a member of the swim team.

After college, Thom Browne moved to Los Angeles (a decision he calls rebellious) to try his hand at acting, and he ended up getting several jobs in commercials. However, he and his friend Johnson Hartig (with whom he later started his Libertine label) also enjoyed playing around with old vintage suits, cutting them down and wearing them around California.  Browne moved to New York City in 1997 for a job as a salesman in Giorgio Armani’s showroom.

Browne was picked up by Club Monaco, a brand of the Polo Ralph Lauren Corporation, to lead its creative development team. He worked with the American fashion designer Ralph Lauren in this capacity. Browne spent several years at Club Monaco leading its design department before launching his own label. 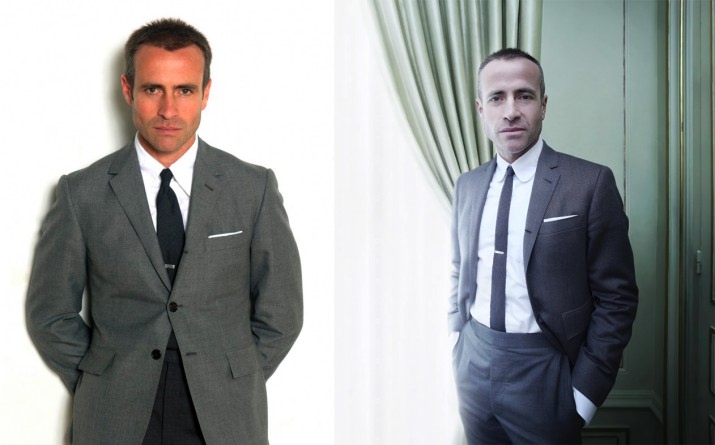 He launched the Thom Browne label in 2001. He hired a modest staff of four people, opened a by-appointment-only storefront and introduced his first collection. He admits that many of his first sales were to friends he convinced to buy his suits, but it wasn’t long before fashionites everywhere were donning his stylish threads. Browne’s menswear line was created as a response to the broad acceptance of business casual in lieu of formal attire.

In 2007 Thom Browne introduced his first women’s line to the world. Then, that fall, he launched a capsule collection for men, women and accessories that was sold in partnership with Brooks Brothers (the line was called Black Fleece). This allowed him to expand and gave the general public more access to Thom Browne designs. The team was honored with the title of best collaboration of the year by DNR, a men’s fashion industry magazine.  He also came out with a jewelry line for Harry Winston around the same time.

In 2008, Browne teamed up with the French sportswear company and down apparel specialist Moncler to design their men’s top line Moncler Gamme Bleu. The men’s collection was launched for winter 2009 after the women’s collection Moncler Gamme Rouge – designed by Alessandra Facchinetti from 2006 to 2008 and thereafter by Giambattista Valli – had proven very successful. 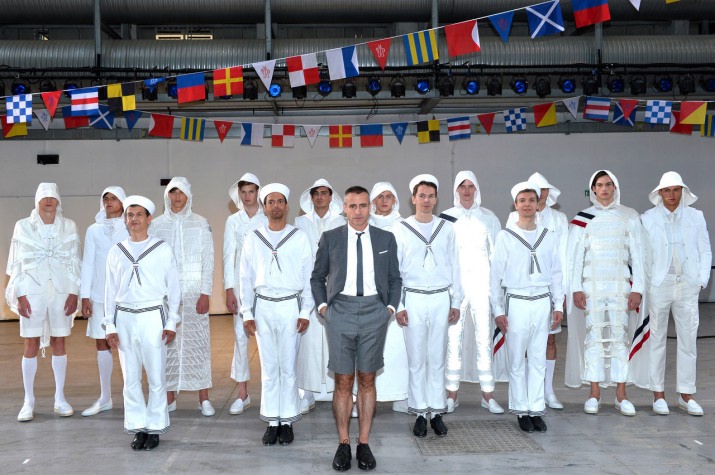 Browne’s first collection for Moncler was presented in January 2009 and has since been shown at Milan Fashion week. As with his signature collection that has been presented in a circus setting, an antiquated open plan office or on a tennis court inspired runway, Browne showed his Moncler collections on an artificial ski slope (winter 2009),  at the Milanese public indoor swimming pool Piscina Cozzi (summer 2010), and at a military-style barrack mockup (winter 2010). 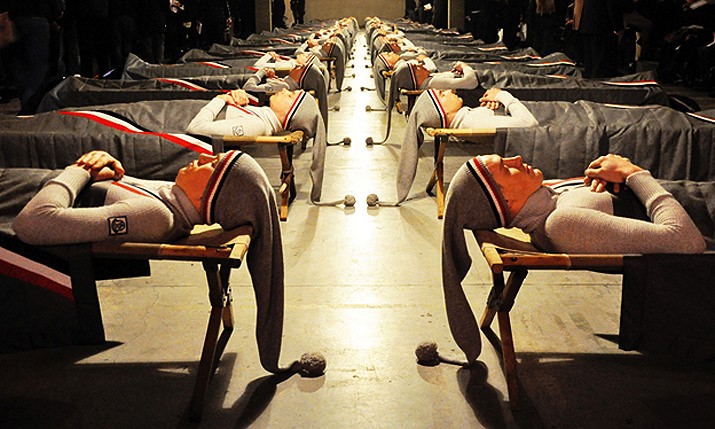 Thom Browne has helped change the face of men’s fashion, particularly the men’s "casual" suit — their ’60s-style cuts coupled with thin, straight lines and shortened hems are Thom Browne’s signature look. His work has clearly impressed the Council of Fashion Designers because in 2006, they named him the Menswear Designer of the Year. 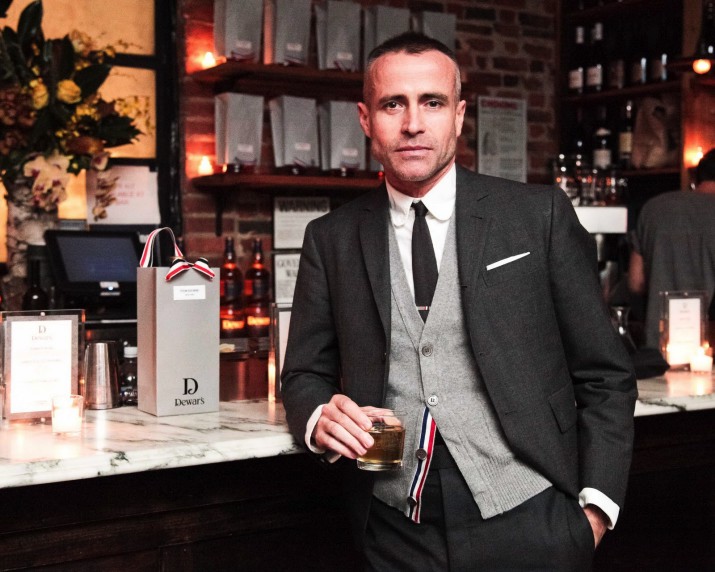 A Thom Browne suit is distinctive in structure and fit. The suits are composed of flat front pants with exposed ankles and a jacket that concludes mid-wrist and doesn’t cover the backside. They almost always have either two or three buttons, narrow lapels, side vents, and trouser without belt loops. 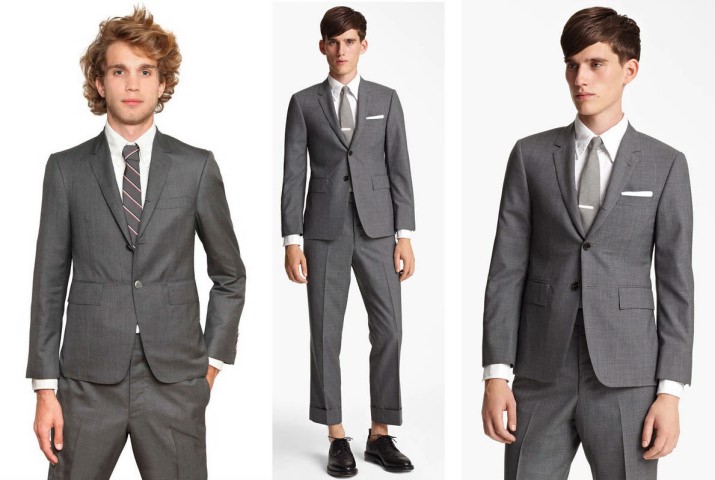 The designer is best known for wearing suits in a range of charcoal-grey colors, always paired with a tie cut from the same fabric, a silver tie clip, a white button down shirt, and black leather dress shoes. Since its debut in 2001, the Thom Browne collection has extended into a more complete menswear line with dress shirts, sweaters, ties, underwear, and accessories. Thom Browne can be purchased at avant-garde and luxury retailers around the world and at the flagship store on Hudson Street in TriBeCa. 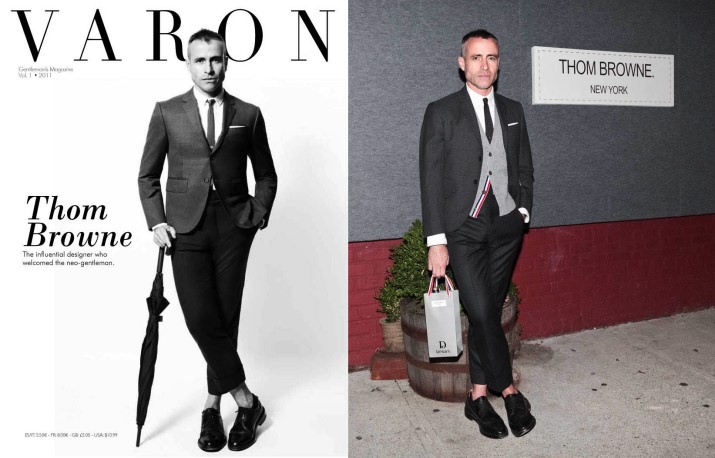 2006 CFDA Menswear Designer of the Year;

2008 Nominated for CFDA Menswear Designer of the Year; 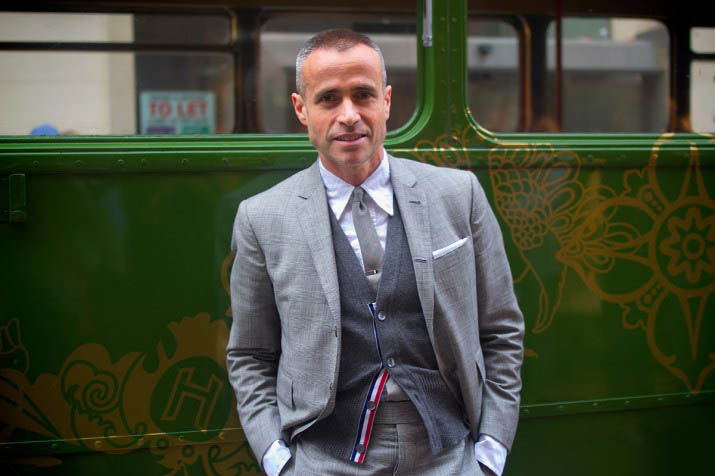 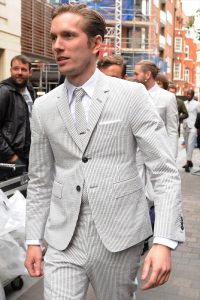