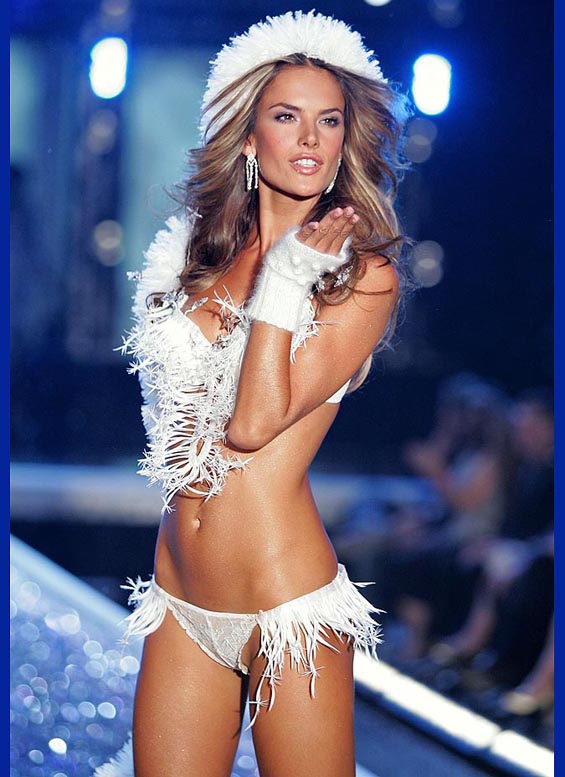 Alessandra Ambrosio’s path from bright-eyed trend-follower to beautiful trend-setter started at age 8 when she engaged in regular model dress-up sessions with her sister. A young admirer of beauties like Kate Moss and Helena Christensen, Alessandra Ambrosio was also a fan of Karen Mulder. After seeing the model on a magazine cover, she knew exactly what she wanted to be when she grew up. Within a few years, Alessandra Ambrosio was taking classes in modeling, but her teenage insecurities temporarily got the better of her. While her skinny frame lent itself to a model’s body, she felt that her ears were too prominent and went under the knife to “fix” them. Complications resulted two years later, but fortunately, they didn’t derail her pursuit of a modeling career.

At age 15, Alessandra Ambrosio bravely entered the 1996 Look of the Year Competition, which was presented by the Elite Modeling Agency. While she didn’t emerge victorious, just a year later the agency came back to offer her a professional contract anyway. Following her first magazine covers for Elle (Brazil), Marie Claire (Brazil) and Harper’s Bazaar, Alessandra Ambrosio hit pay dirt in 1999 as a “hired gun” on a campaign for Calvin Klein Jeans, and as a Paris and New York runway model for Christian Lacroix and Philosophy di Alberta Ferretti. 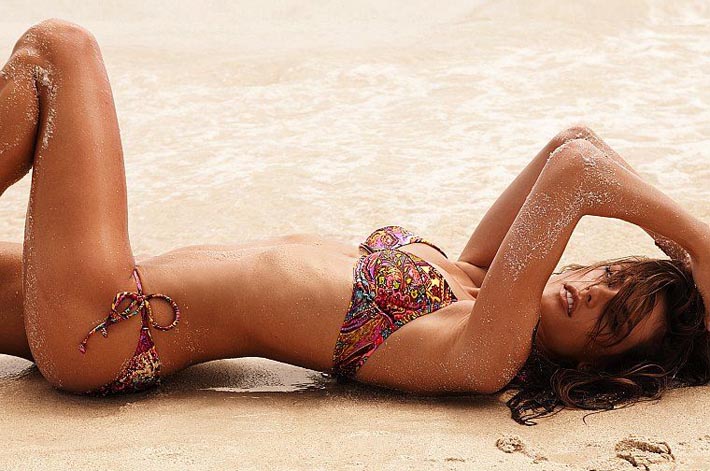 Now working with the full backing of Elite, her agency boldly sent a few choice modeling shots to GUESS, who selected her as the “face” of their 2000 Millennium campaign alongside Ana Beatriz Barros, another Brazilian model who helped Alessandra learn English. As a Guess Girl, like Laetitia Casta and Anna Nicole Smith before her, Alessandra Ambrosio became a famous face and a hot modeling commodity. Soon esteemed photographers like Steven Meisel (for Gap), Anette Aurell (for Elle) and Richard Avedon (for Wonderbra) were lining up to shoot her. Fashion innovators like Revlon and Oscar de la Renta were even quicker to sign her up to exclusive deals.

In 2001, Alessandra Ambrosio walked her very first runway show for Victoria’s Secret. It would serve as the beginning of a longterm association with the retailer. This included her selection as the spokesmodel for the company’s 2004 line, Secret Pink, and her recognition as one of their exclusive and oh-so-glamorous Secret Angels. As part of the thrill of modeling for a company specializing in lingerie, she got the chance to star in TV commercials for the brand and also pose in a custom-made 2005 outfit that was created completely with candy. Bonus perks to Alessandra Ambrosio’s increased industry relevance included a cameo as a tennis player in the movie “Casino Royale” with Daniel Craig and a guest appearance as — who else? — herself on a 2007 episode of “Entourage”. 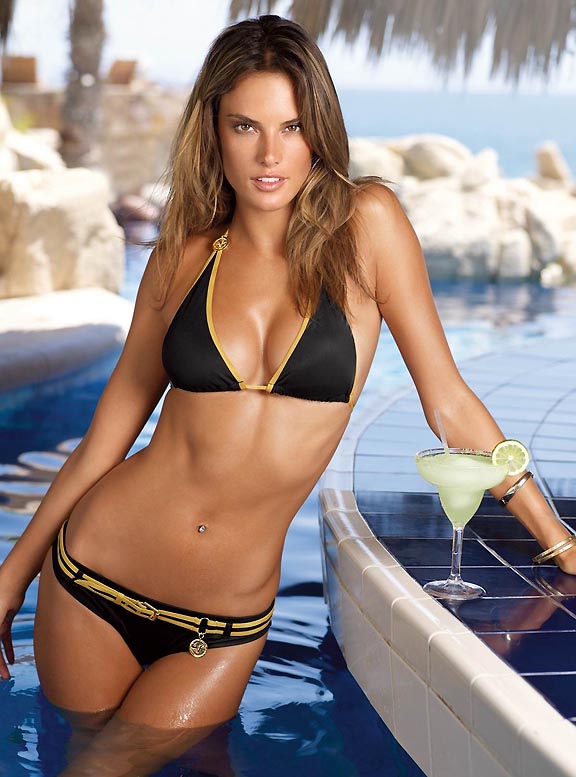 After being recognized by People as being among the 100 Most Beautiful People in the World and gracing the cover of GQ in June 2007, Alessandra capped off the year with a pair of major achievements. First, she cracked the top five model earners in the world with an annual pay rate of more than $6 million. In addition, she joined Camila Finn, Gisele Bundchen and a small crew of Brazilian models for a Mario Testino-photographed editorial for Vanity Fair.

In 2008, all eyes were on Alessandra Ambrosio’s belly as she became pregnant with her first child. Following the birth of her daughter, Anja Louise Ambrosio that August, she still found time to join the rest of the Victoria’s Secret Angels for the September 2008 cover of British GQ and the company’s yearly fashion show two months later. Slimmed down and still one of the modeling elite, Alessandra Ambrosio joined comedic genius of the moment, Sacha Baron Cohen, for a Borat-themed British Marie Claire cover in the summer of 2009. A year later, she hit the runways of Paris for Prada, for a special appearance that saw her adding sex and sassiness to the “librarian look”. As a model who especially enjoys the chance to play characters on the runway, it was a perfect way for Alessandra Ambrosio to celebrate her continued success as an industry darling. 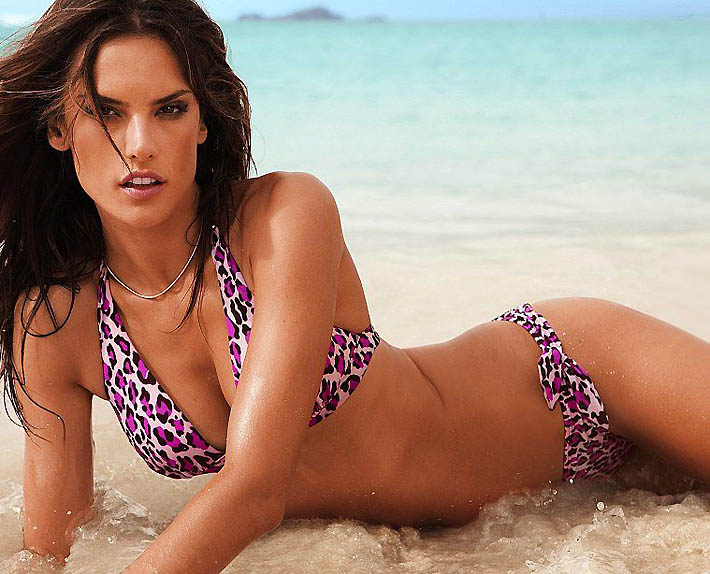 Ambrosio’s career was launched when she won “Elite Model Look” and was featured on the cover of Elle Magazine, just the first of over 60 international magazine covers to her credit. Ambrosio emerged into the international modeling world as part of the Brazilian invasion in the late 90’s. Described as “the future of the modeling world,” Alessandra is best known for her work with Victoria’s Secret. She was named as the first spokesmodel for the Victoria’s Secret PINK line and is currently an internationally recognizable Victoria’s Secret Contract Angel. Alessandra has been the face of many notable brands including GUESS, Revlon, Christian Dior, Giorgio Armani, Armani Exchange, Rolex, Oscar de la Renta, Gucci, Escada, Calvin Klein and Ralph Lauren.

Whether she’s dressed up in candy or just being altogether angelic, the very spicy Alessandra Ambrosio is easily among the modeling world’s most beautiful women. A regular on the annual list of the AskMen Top 99 Most Desirable Women, she’s also one of the highest-paid ladies in the industry. Perhaps most familiar to men as one of the resident Victoria’s Secret Angels since 2004, she’s also graced the cover of countless magazines, while making memorable stops in movies (Casino Royale) and television (Entourage and How I Met Your Mother). 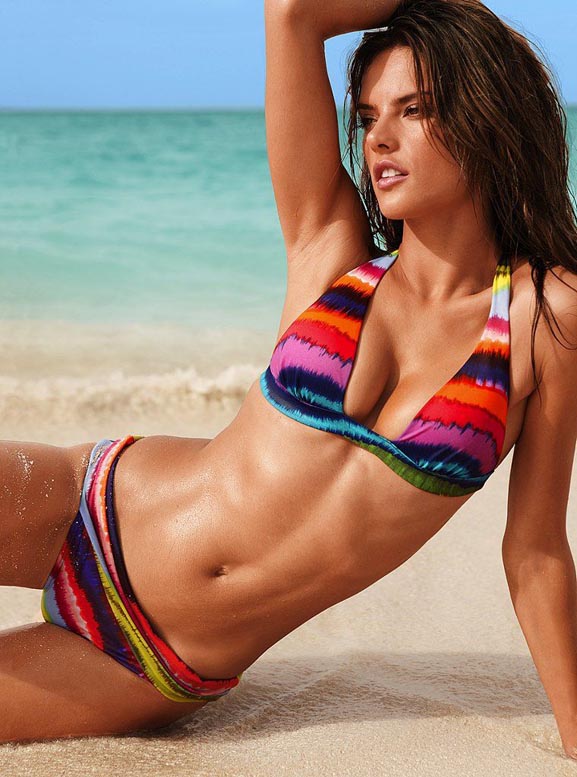 Ambrósio was discovered in a modeling school and her first job was the cover of Elle magazine in 1997. Then came the cover of Marie Claire, an editorial for Guess, as well as other works for the Girl and Revlon. She has modeled for brands such as Fendi, Christian Dior, Christian Lacroix, Nicole Miller and Oscar de la Renta and posed for the magazine Harper’s Bazaar, Cosmopolitan and Glamour, among others.

Ambrósio is part of a select group of Brazilians who starred in campaigns for Victoria’s Secret, one of the largest brands of lingerie and a campaign for the most desired models. 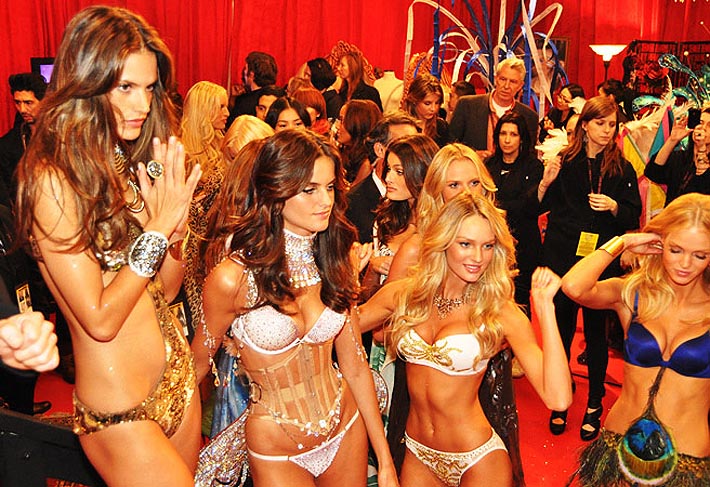 According to Forbes magazine, Alessandra Ambrosio was in 2006, the fifth highest paid model in the world with an annual income estimated at $6 million. In 2008 and 2009, she was placed in sixth position, with $6M and $5.5M, respectively.

On August 24, 2008, Ambrósio and her boyfriend, Jamie Mazur, announced the birth of their first child, daughter Anja Louise Ambrosio Mazur in Florianopolis, Brazil. The baby was born weighing 2.9 kg. 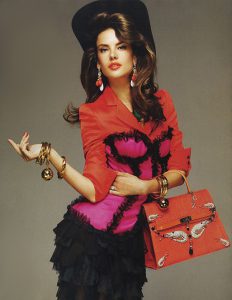 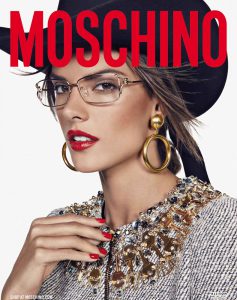 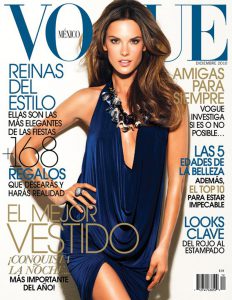 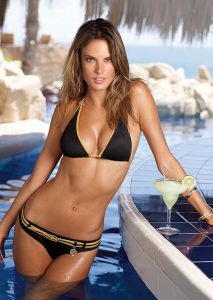 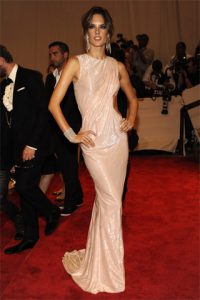 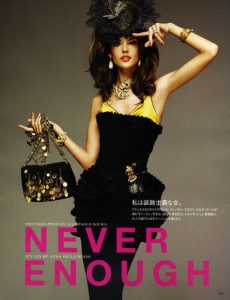