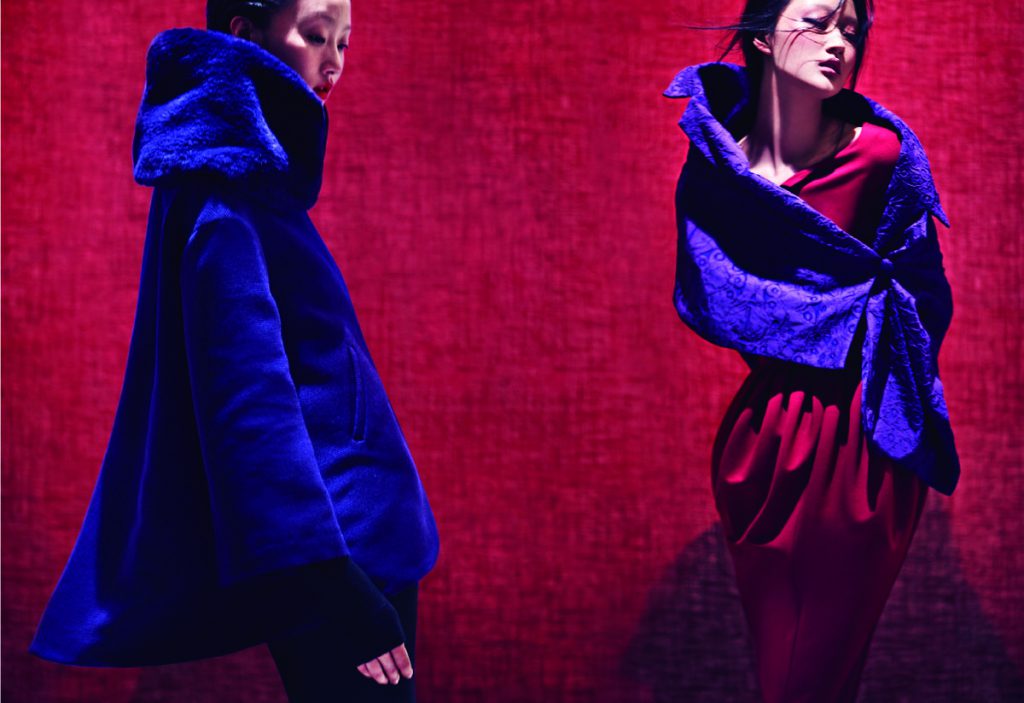 Romeo Gigli was born in 1949 at Castelbolognese, Faenza, in a beautiful country house in 1949 and came from a wealthy aristocratic family. His childhood was saturated in art history and over 20,000 antiquarian books in his father’s library. This is one of major influences in his works.

There are always some historical references in his designs whether the sloping shoulders that echoed the images of Madonnas from Florentine paintings, Edwardian inspired coats and jackets from his menswear, elaborate beading, draping technique, and the use of luxury fabrics such as velvet, brocade, and silks.

After classical studies at high school he read architecture at university, by which time he had already acquired a taste for travel. Curious to know other countries, he away was from Italy more and more often and for increasingly long periods. He had not yet perhaps begun to think about fashion. 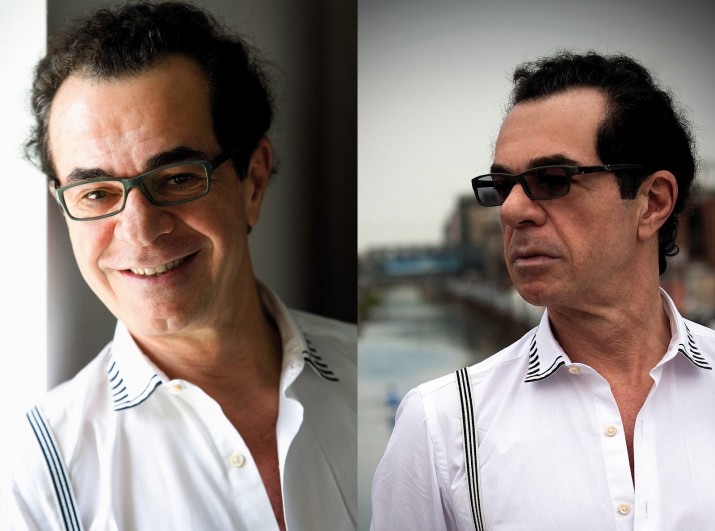 But from his travels he regularly brought back objects, clothes or jewels, as gift. Little by little, more out of passion than by decision, he moved closer to design, fabrics and colours. In 1979 he settled in New York and worked at Dimitri’s atelier, where he learnt many technical secrets of fashion design. After returning to Italy, he started moulding his new ideas of "fashion" which had been ripening in his mind for some time, almost without his realizing.

Gigli did his first fashion designs in 1972 and set up his own label, manufactured by the Novara based company Zamasport, in 1983. His first collections in 1984 provoked excitement among the fashion crowd. During the time when everyone was designing big shoulder pads and tight fitted clothes for women, Romeo Gigli’s unstructured designs brought a refreshing air of romance, drama and simplicity. In 1986 he became famous. His clothes were fashion news worldwide.

Right form the very first collections it was plain that Gigli had found a distinctly personal path, far from any cliché’s. His necklines, cut across the shoulder and fastened by a soft satin bow, established a new point and a new way of revealing the female body. His destructured jackets and coats, with only the faintest hint of a shoulder (just when richly padded shoulders were all the rage in Italy), were a prelude to the natural lines that he was to continue designing in the future. His fabrics, men’s fancy weaves, tweeds and sober woollen boucle’s, matching shades and tones heralded success that were to make him one of the most prominent representatives of international fashion design.

In September 1988 was opened the Spazio Romeo Gigli in Milan, for the selling of Romeo Gigli collection and accessories, as well as other important designers’ collections. The Spazio also featured art, photography and theatre exhibitions and cultural meetings. In S/S1989 he  began collaborating with Ermenegildo Zegna Group for the production and distribution of the Men’s ready-to-wear collection. For F/W season  he agreed with Takashimaya for the production and exclusive distribution in Japan of the Men’s ready-to-wear collection.

Exclusive launching in Italy of the Women’s fragrance "Romeo di Romeo Gigli". The perfume rated among the five best-selling fragrances. Same year he presented in Italy of the Romeo Gigli eyewear collection for men and women manufactured and distributed by Allison Spa and opened Spazio Romeo Gigli in Paris. In 1990 Gigli collaborated with Stefanel Group for the production and distribution of the new Men’s and Women’s line and accessories "G Gigli", which was economically accessible to a wider market. 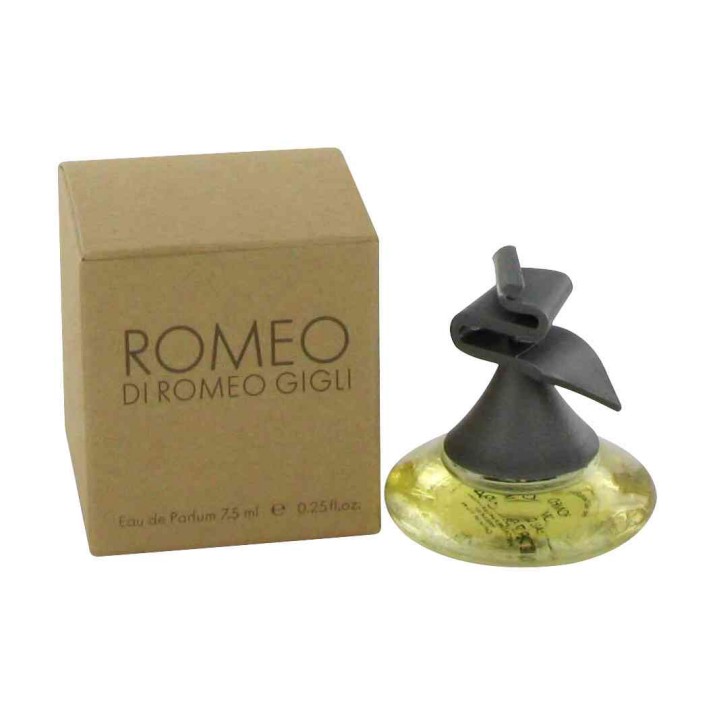 In 1991, he separated from his business partners Donato Maiano and Carla Sozzani and restructured his business. His house is now a million dollar concern. In 1991, England’s Bath Costume Museum chose one of Romeo Gigli’s creations as its 1991 dress of the year, it was a midnight blue velvet pantsuit with a blouse of streaky sunset strips and a gilt-embroidered cummerbund. Throughout the 90’s he has gone from success to success and is now one of the most creative and innovative Italian designers heading a world-wide fashion empire. In 1993, Romeo Gigli introduced a new line, the G GIGLI (G for giovane) Line of clothes, including jackets and trousers, that is interchangeable for both women and men. It is for young people. 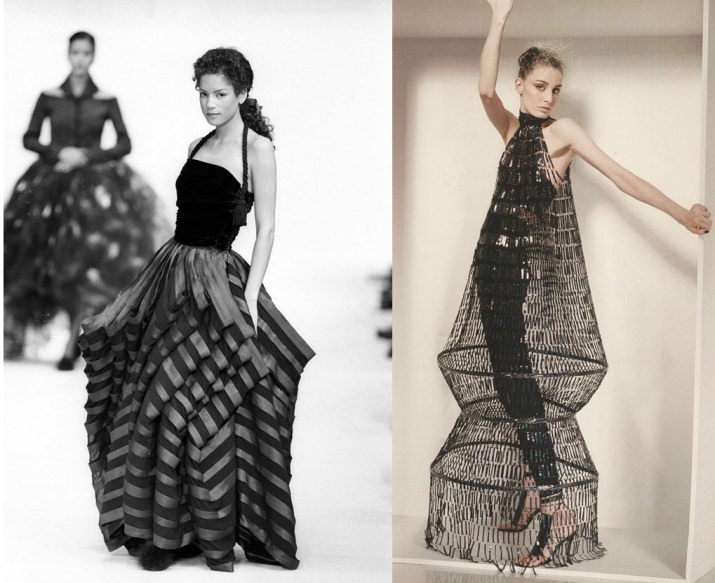 Romeo Gigli produces clothes that are always subtle and sophisticated. He blends a spectrum of muted colors with a fluid sense of cut and drape to give a feeling of balance and harmony. An intelligent balance of all elements of design and choice of textiles makes Gigli’s work uniquely sophisticated and beautiful. His subtlety of touch and soft sculptural forms have influenced all levels of design from the High Street up, and his work has continued to develop along his self-assigned tenets of harmony and balance, always retaining a feeling of sensuous luxury. 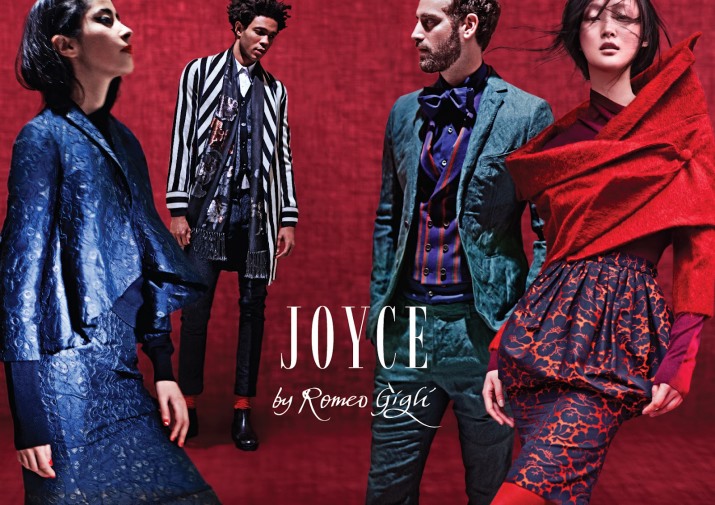 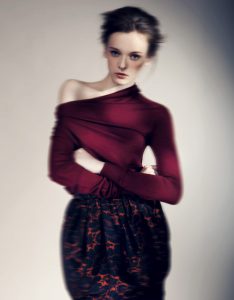