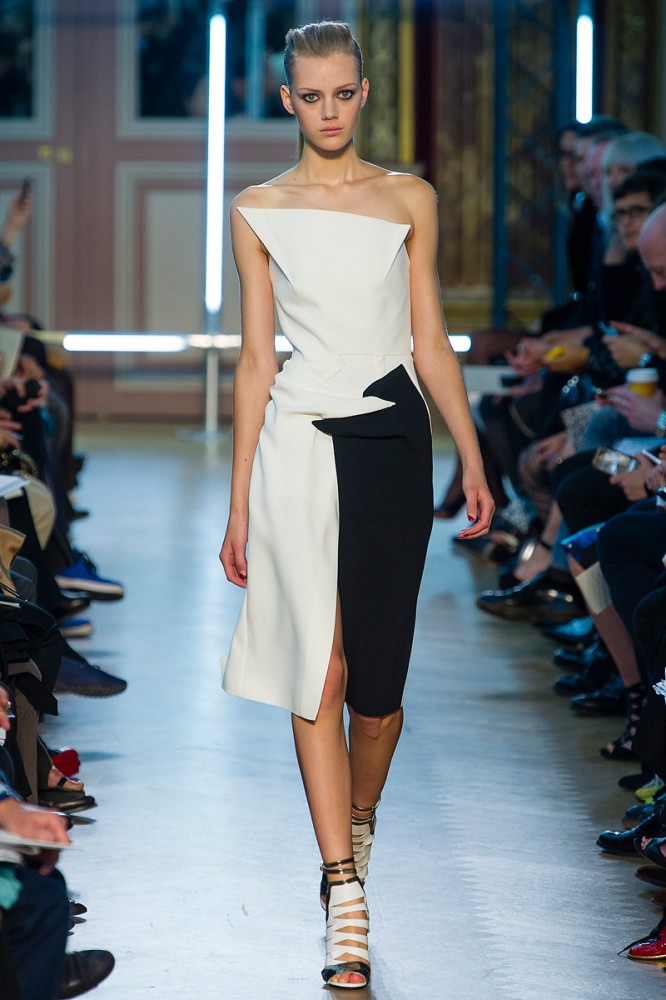 For over a decade, Roland Mouret has created the most coveted of women’s wear collections. The designer has defined the era of the iconic dress which have become known by a single name – Galaxy, Titanium, Moon – and have earned Mouret a reputation as magician, master of structure and silhouette and as a man with an intuitive understanding of the female form.

Mouret was born in Lourdes, France in 1961. His mother worked in a hotel as a waitress and his father was a butcher. He first learned about fabric while working in his father’s shop, watching the folding of the butcher’s apron and learning to fold it to reveal a clean aspect, seeing the pattern of the blood on the white linen. He learned to cut from watching the way the skin of an animal is sectioned and divided with the knife. A confidence, a directness and boldness, informed his aesthetic and his approach defined by these early memories.

Roland Mouret wore many hats before settling on that of designer. As a child he worked with his father in a butcher shop in Lourdes, France, the city where he was born. After moving to Paris, he studied at Cours Bersot fashion school for three months and entered the fashion industry as a model after being discovered by designer Jean Paul Gaultier at the Palace nightclub. “When you want to be in fashion, you try to enter it through any door you can,” he later says. During the grunge decade, he crossed the English Channel, opened a bar, and then became creative director for a cool line of streetwear called People Corporation. 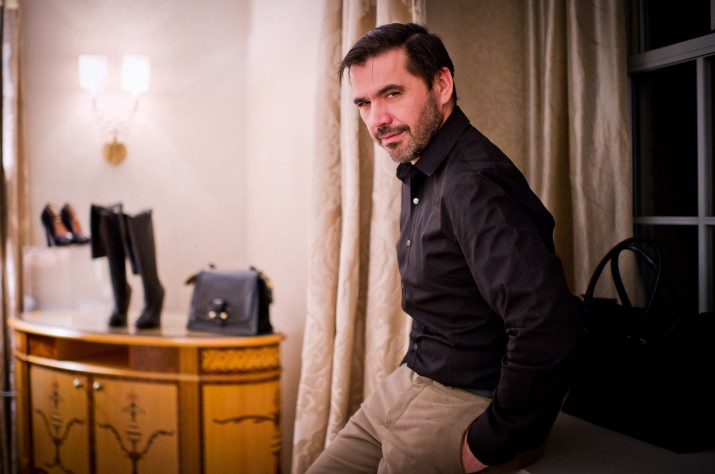 At 36, Mouret recognized his calling: to design a chic line under his own name. “I knew that if I didn’t do it,” he said, “I’d end up a bitter bastard.” So, working out of his kitchen, he started making clothes. “We all have a gift in life and mine is that fabrics move through my hand and allow me to mold them.” 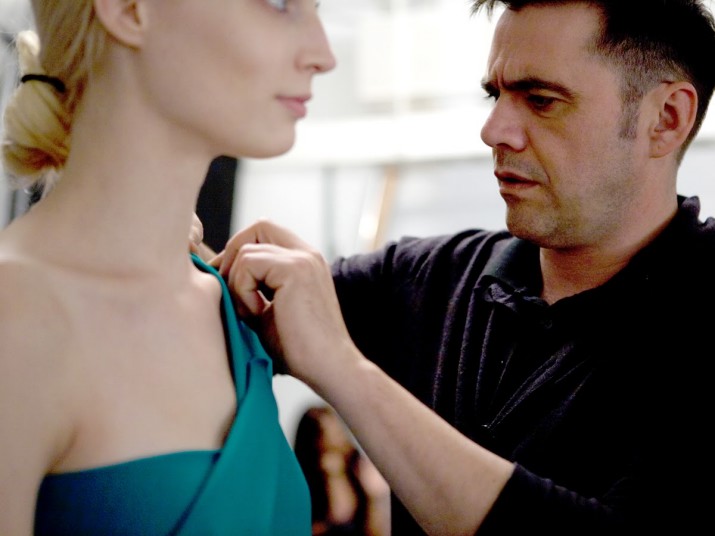 In February 1998 Mouret showed his clothes publicly for the first time. The beautifully draped dresses were secured with safety pins because he didn’t know how to make a buttonhole (and for several years thereafter his pieces came with how-to-wear instructions). The collection caught the attention of the press, as well as private clients, one of whom, Sharai Meyers, bought Mouret’s company—including the rights to his name—after her husband proposed to her while she was wearing a Mouret piece. The designer’s association with the Meyerses lasted for five years, but Mouret walked away from the business in October 2005, only a month after the Galaxy dress made a huge runway splash. Courted by many a luxury house, he chose a more unconventional route: inking a deal for a 50/50 partnership with the music and television mogul Simon Fuller in 2006. 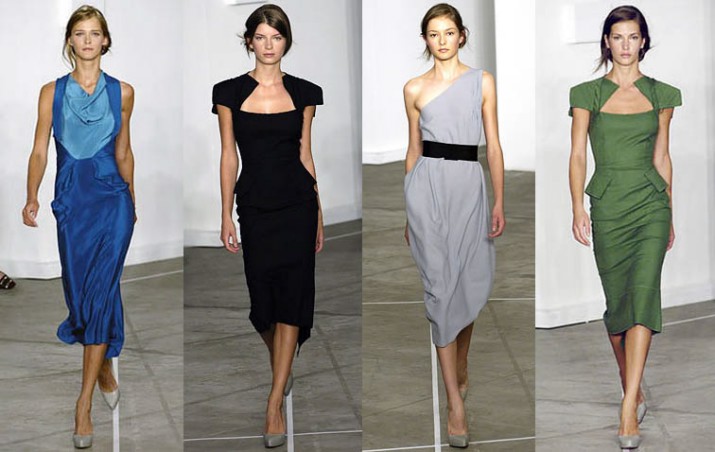 André and Sharai Meyers buy Mouret’s line and name. Mouret returned to the runway the following July with his new label, RM by Roland Mouret. “My hands,” he said with a soupçon of Gallic pride, “are more important than my name.” That 21-piece collection, called Satellite, was the first salvo in his campaign to revolutionize the strict seasons of the fashion cycle. Shown in July, it was available the next day for order online and delivered just four months later. “I’m doing what Zara and Co. can’t do,” he said, touting his ability to provide quality clothes with alacrity.

The Frenchman’s affection and affinity for his customers has been much written about. “Some designers want to dress up the woman inside them,” Mouret once said. “I want to dress the woman at my side.”

Designer debuted his jewelry collection In 2001. In 2003 Mouret introduced knitwear, jeans, and accessories collections and swimwear. In 2010 debuted with a 20-piece menswear collection. In September that year Mouret bought back his trademark from the Meyerses and moved into a new studio in Mayfair that also houses his flagship. In October Mouret presented his spring 2011 collection under the Roland Mouret label.

For SS 2012 Mouret sent out a collection suffused with the spirit of the Mediterranean and the islands of the Aegean. There was a wink to those protective Greek eyes that hang as talismans in island homes in the giant felt cutout embroidered eyes Mouret placed to flash a slither of flesh at the midriff or enliven a linen pencil skirt. Translucent gauzy silks also suggested the body beneath in the femme fatale mood of the season. 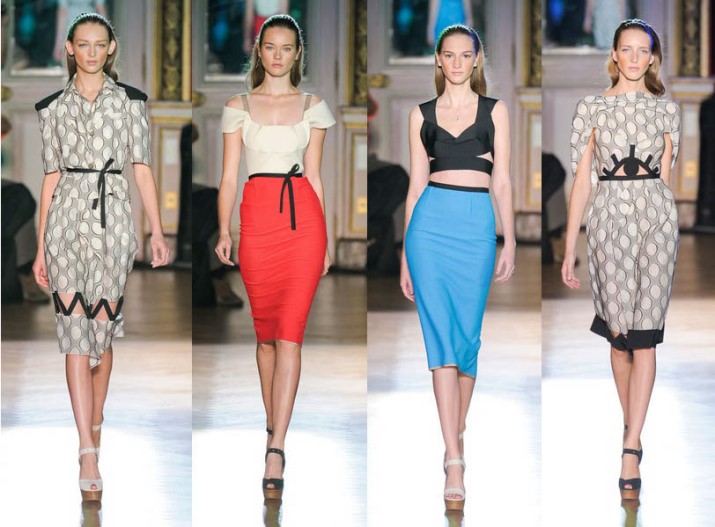 Mouret went back to the future when it came to inspiration for his spring/summer 2013 collection. "It’s weird, the collection, this year. As a designer you’re asked to predict the future and you have to have a sense of honesty. I went back to a troubled period, the Eighties, when I was younger, when you believed in the future because you had to," explained Mouret before his show this morning. But how exactly does that translate into clothes? "Shoulder pads, colour, black and white, swimwear and swimwear with trousers. It’s very fitted – its power dressing, but I wanted to create a piece women don’t already have in their wardrobe," he said. 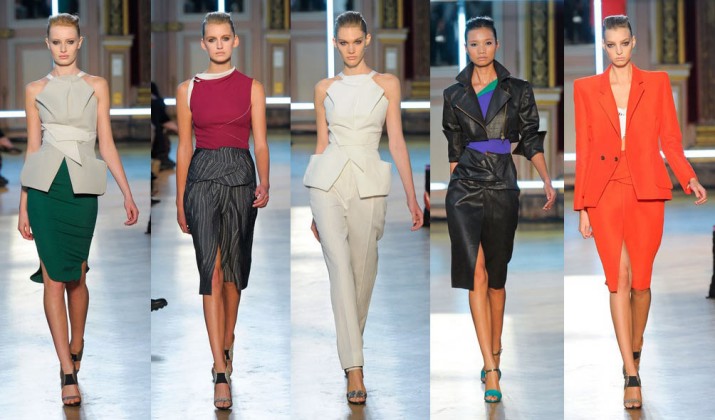 2002 Winner of ‘British Designer of the Year’ at Elle Style Awards and ‘Cutting Edge Design Award’ by Vidal Sassoon;

2004 Nominated for British Fashion Council Designer of the Year;

2005 Winner of ‘Red Carpet Designer of the Year’ at the BFC Fashion Awards;

2009 Awarded ‘Artist of the Year’ at the Francoise of the Year Awards; 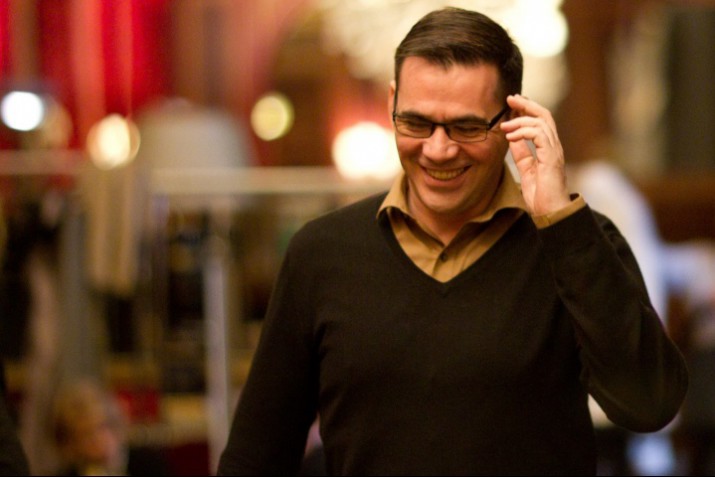 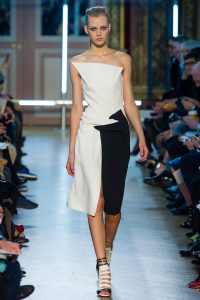