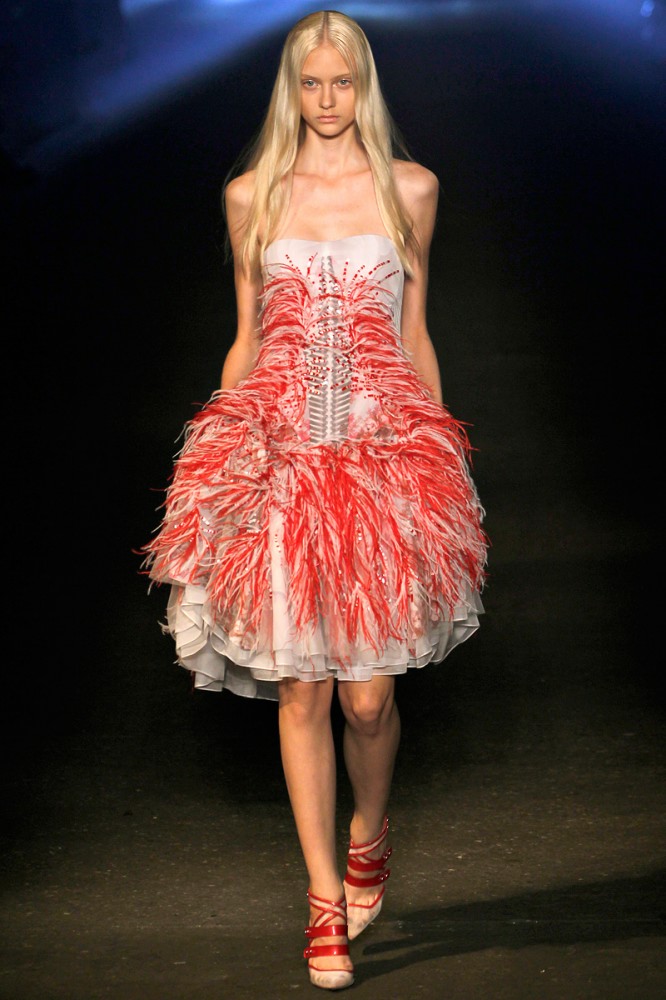 Prabal Gurung is a Nepali-American fashion designer based in New York City. Prabal Gurung was born in Singapore in 1974 to Nepalese parents. He went back to Kathmandu, Nepal to be raised and educated. Gurung is very proud of his upbringing. "The thing I feel most proud of though is how I’ve managed to highlight Nepal, where I grew up," he told. "It’s such a poor place and I think the little success I have has helped inspire a few of the people who live there. I get thousands of letters from them – I hope it’s made them think their dreams can come true too." He completed his high school education at St Xavier’s Catholic School.

After graduation, Gurung travelled around the world for seven years. His travels took him to fashion capitals, Melbourne and London where he assisted stylists for various fashion shows and magazine shoots. 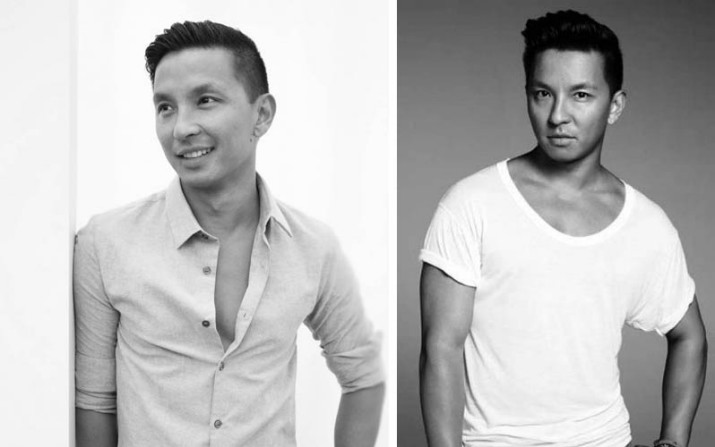 Gurung moved to New York City in 1999 where he interned for Donna Karan whilst still studying at the world renowned Parsons School of Design. In his first year at Parsons, he was awarded the Best Designer Award at the annual Parsons/FIT design competition.

Gurung joined Cynthia Rowley’s design team after leaving Parsons. He was there for two years and garnered invaluable experience about both the fashion and business end of the New York fashion industry. He was offered the design director at Bill Blass which he took up. He left after five years to set up his own label, Prabal Gurung. 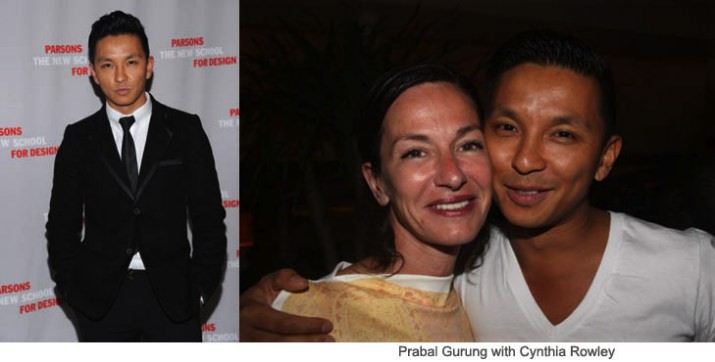 In 2009, Gurung showcased his first collection at New York Fashion Week. He went on to stage his first runway show in the autumn of 2010 at the tents in Bryant Park in New York. In 2010, Gurung became the recipient of the Ecco Domani Fashion Fund Award and he received a nomination for the 2010 CFDA Swarovski Womenswear Award. Later that year in November, Gurung was selected as runner-up for the 2010 CFDA Vogue Fashion Fund.

Gurung has dressed the likes of Oprah Winfrey, Zoe Saldana, Demi Moore.  He has described the late Yves Saint Laurent as one of his design inspirations and was first inspired to start a career in fashion after seeing a beautiful white dress in a Chanel store in London. "I remember thinking to myself ‘I just have to be part of this world.” 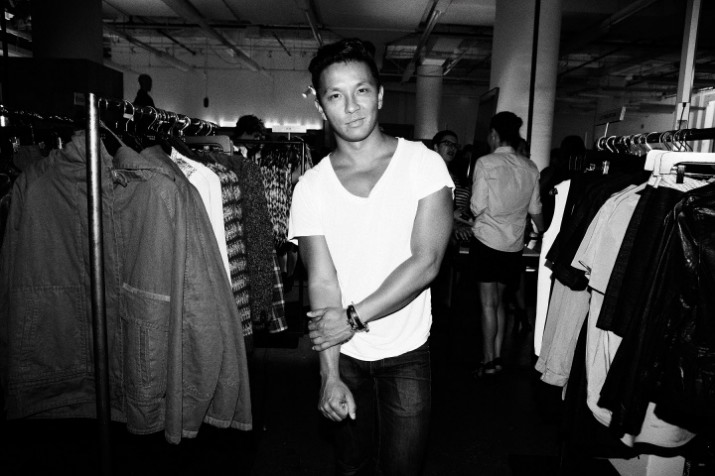 Gurung has a strong hold of what he thinks women should wear, "I’ve only ever wanted to create clothes that make women look beautiful," he said. "I don’t chase what’s cool. I’ve always had very strong females in my family and I knew from them that getting dressed is a process. I just want to make that process a little easier. It’s so complicated for you ladies – there’s so much to consider, more than menswear anyway. That’s my motivation." 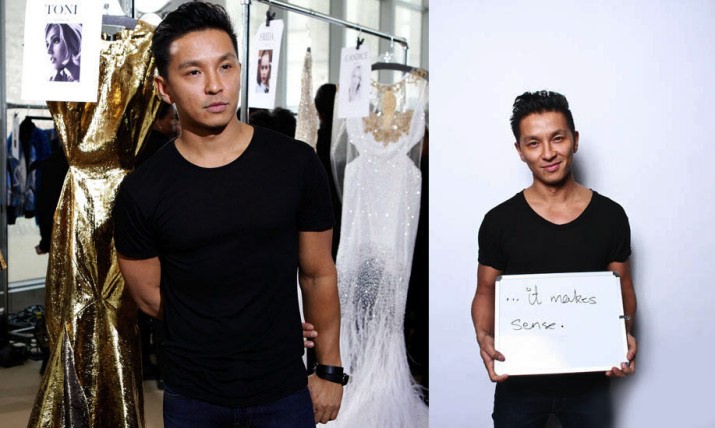 In 2011 Gurung was honored as one of USA Network’s Character Approved Award recipients, named goodwill ambassador of Maiti Nepal, a finalist of the Cooper-Hewitt National Design Award and was the recipient of the 2011 CFDA Swarovski Award for Womenswer. In 2012, Gurung was named Chief Designer of Onward Kashiyama’s ICB brand. Most recently, Target announced its partnership with PRABAL GURUNG as the 2013 designer collaborator. 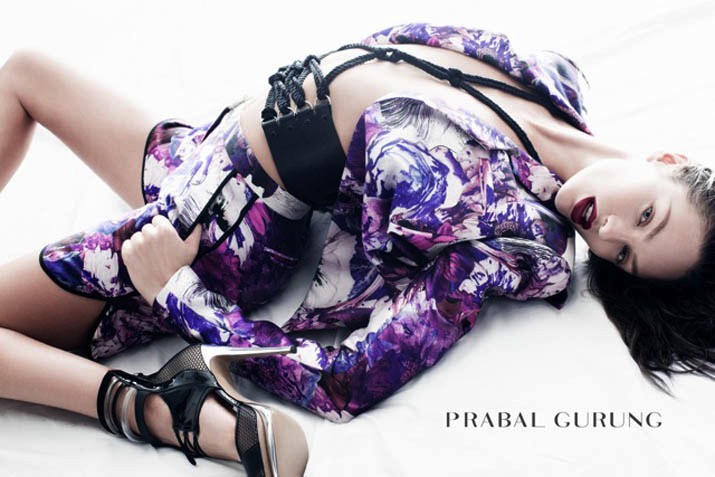 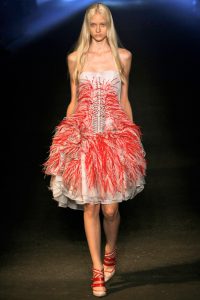