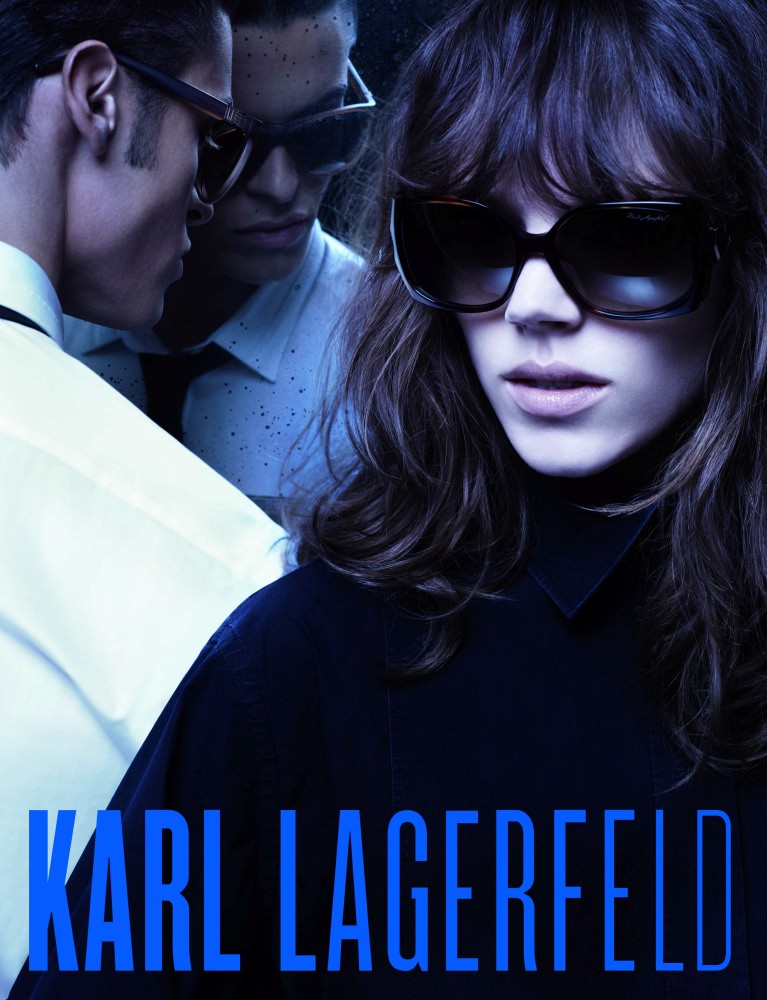 Karl Lagerfeld, born Karl Otto Lagerfeldt is a German fashion designer, artist and photographer based in Paris. He has collaborated on a variety of fashion and art related projects, most notably as head designer and creative director for the fashion house Chanel. Lagerfeld has his own label fashion house, as well as the Italian house Fendi.

Karl Lagerfeld was born in Hamburg, Germany.  While he’s never revealed his true birthday, it’s been reported he was born September 10, 1933. He has one older sister, Martha Christiane, who was born in 1931, and an older half-sister – Thea – from his father’s first marriage.

Lagerfeld was originally born Karl Otto Lagerfeldt, but Karl removed the ‘t’ as he wrote in his book, The Karl Lagerfeld Diet, that it sounded "more commercial".

Lagerfeld grew up as the son of a wealthy businessman from Hamburg who was introducing condensed milk. His family was mainly shielded from the deprivations of World War II due to his father’s business interests. According to Alicia Drake, Lagerfeld’s mother, Elisabeth Bahlmann, was a lingerie saleswoman in Berlin when she met her husband and married him in 1930.

From an early age, Lagerfeld expressed an interest in design and fashion. As a child he often cut out pictures from fashion magazines. He was also known to be critical of what others wore to school. But it wasn’t until his teen years, that Legerfeld immersed himself in the world of high fashion.

After attending a private school, sensing his future lay elsewhere, 14-year-old Lagerfeld made the bold decision, with the blessing of his parents, to move to Paris. In 1955 Lagerfeld was awarded a position as an apprentice at Pierre Balmain after winning second place, behind Yves Saint-Laurent, in a competition for a coat sponsored by the International Wool Secretariat. He told a reporter a few years later, "I won on coats, but actually I like designing coats least of all. What I really love are little black dresses." Yves Saint Laurent also won the contest for a dress award. "Yves was working for Dior.

In 1958, after three years at Balmain, he moved to Jean Patou where he designed two haute couture collections a year for five years. His first collection was shown in a two-hour presentation in July 1958, but he used the name Roland Karl, rather than Karl Lagerfeld (although in 1962, reporters began referring to him as Karl Lagerfelt or Karl Logerfeld). The first collection was poorly received. Carrie Donovan wrote that "the press booed the collection". 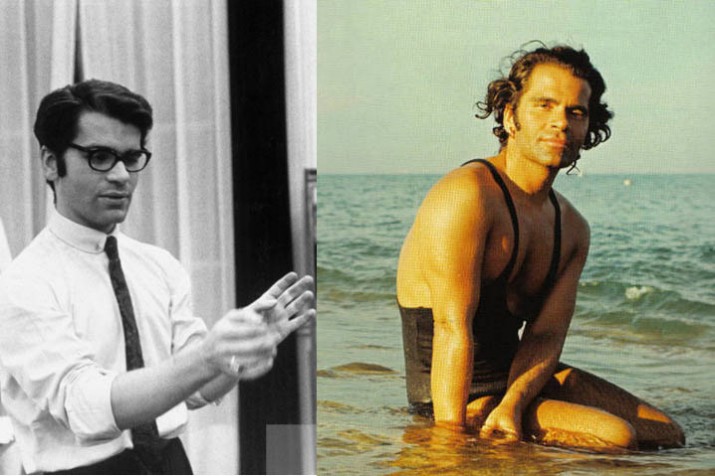 His skirts for the spring 1960 season were the shortest in Paris, and the collection was not well received. Carrie Donovan said it "looked like clever and immensely salable ready-to-wear, not couture." In his late 1960 collection he designed special little hats, pancake shaped circles of satin, which hung on the cheek. He called them "slaps in the face." Karl’s collection were said to be well received, but not groundbreaking. "I became bored there, too, and I quit and tried to go back to school, but that didn’t work, so I spent two years mostly on beaches – I guess I studied life."

After launching himself as a freelance designer, working with brands such as Mario Valentino, Repetto, and the supermarket chain Monoprix and with financial backing from his family, he set up a small shop in Paris. At this time, he would often consult with Madame Zereakian, Christian Dior’s Armenian fortune teller. Lagerfeld later said, "She told me I’d succeed in fashion and perfume." 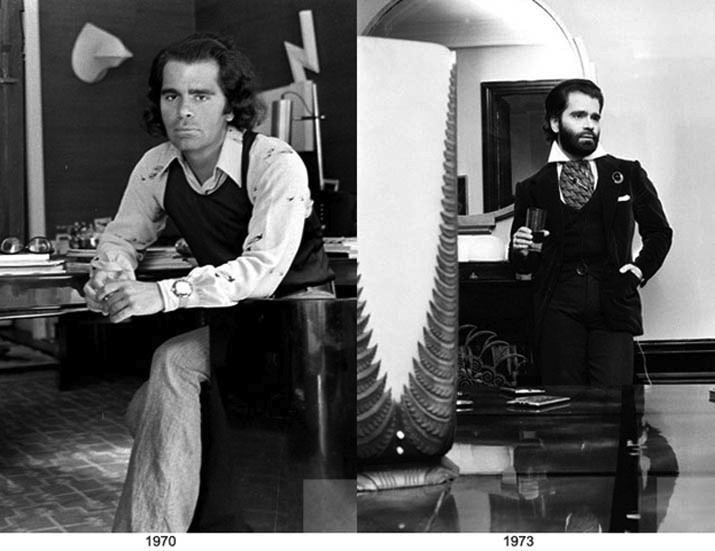 In 1963, he began designing for Tiziani, in 1967, he joined Fendi, then Chloe the following decade. In 1970, he also began a brief design collaboration with Roman Haute Couture house Curiel. Starting in the 1970s, Lagerfeld has occasionally worked as a costume designer for theatrical productions. He collaborated with stage directors such as Luca Ronconi and Jürgen Flimm, and designed for theatres like La Scala in Milan (Les Troyens by Hector Berlioz, 1980; directed by Ronconi), the Burgtheater in Vienna (Komödie der Verführung by Arthur Schnitzler, 1980; directed by Horst Zankl), and the Salzburg Festival (Der Schwierige by Hugo von Hofmannsthal, 1990; directed by Flimm).

He joined Chanel in 1983, returning briefly to Chloe in 1993 to replace outgoing designer Martine Sitbon. In 1984, he launched his own name Karl Lagerfeld label which, he said, would channel "intellectual sexiness". By 1997, Vogue crowned Lagerfeld "unparalleled interpreter of the mood of the moment". Over the years, the brand developed a reputation for quality tailoring with bold ready-to-wear pieces like cardigan jackets in bright colors. In 2005 Lagerfeld sold the label to Tommy Hilfiger. 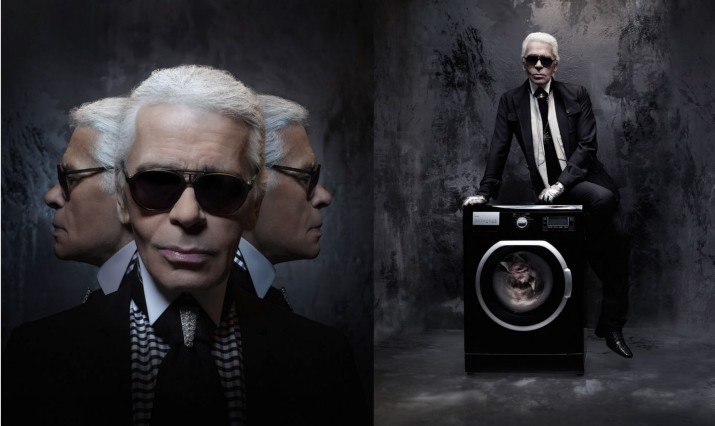 In recent years, Lagerfeld, whose work has crossed over into film and photography, has continued to maintain a busy schedule. In 2011 he designed a line of glassware for the Swedish company Orrefors. That same year, he signed on to create a new clothing collection for Macy’s. "The collaboration is a kind of test how to do this kind of clothes in that price range. As you know, I love occasional co-branding," explained Lagerfeld. "Macy’s is the perfect department store in the US, where everybody can find what they’re looking for without ruining their budget." 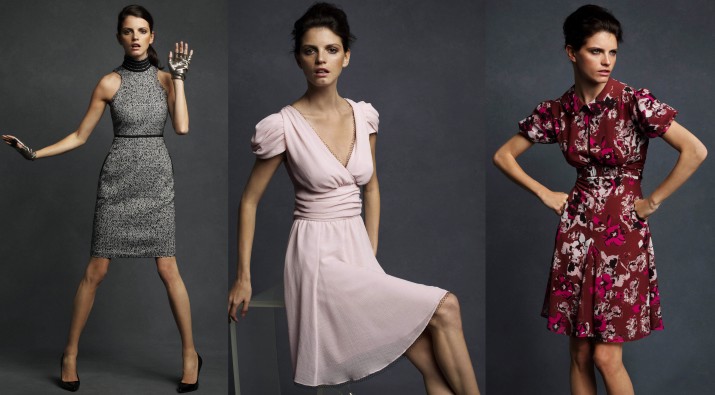 On 3 June 2011 he was awarded the Gordon Parks Foundation Award in recognition of his work as a designer, photographer and filmmaker. "I’m so proud, and so very thankful, but I’m never done," said Lagerfeld of the honour. 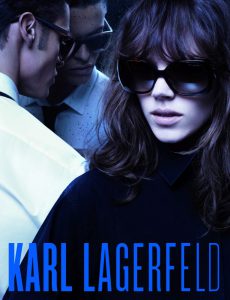