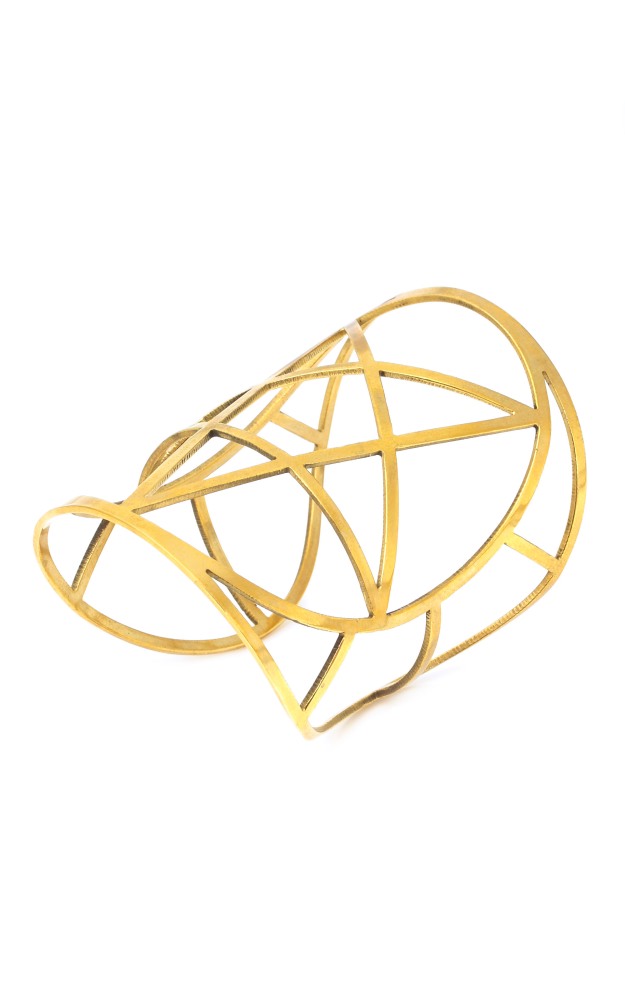 Love was born in New York City 1982, but spent her youth bouncing through out South Florida from Orlando to Miami to Gainesville—which inspired some pieces in one of her collections, the “Miami-rave days&rdquo; as she jokingly calls it. As a child, Love was a self-proclaimed “weirdo&rdquo; always drawing, painting or collaging anything she could get her hands on. A self-described tomboy, she ejected the heart-shaped stickers and pink-stone necklaces popular with her elementary-school peers and created her own art around the house. &nbsp;“I collaged chairs in my room. I collaged my Doc Martins. I had this briefcase that I carried around, I collaged that. Everything I owned was deco-collaged with magazines and then varnished. I still have my Doc Martins. One of the shoes is totally in tact and the other one is all peeling off.&rdquo; 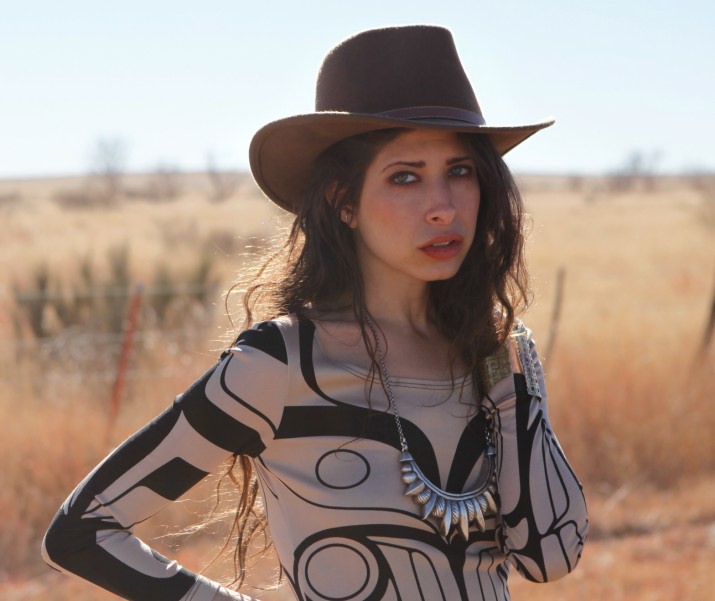 After her Florida days, Love moved back to New York City to pursue an education in art. She enrolled at the New York University Tisch Film School but like lots of young students getting degrees realized that was not what she wanted to be doing. “I wasn&rsquo;t particularly interested in what went into making a moving image,&rdquo; Love remembers. “But I was very interested in what went into making a still image.&rdquo; 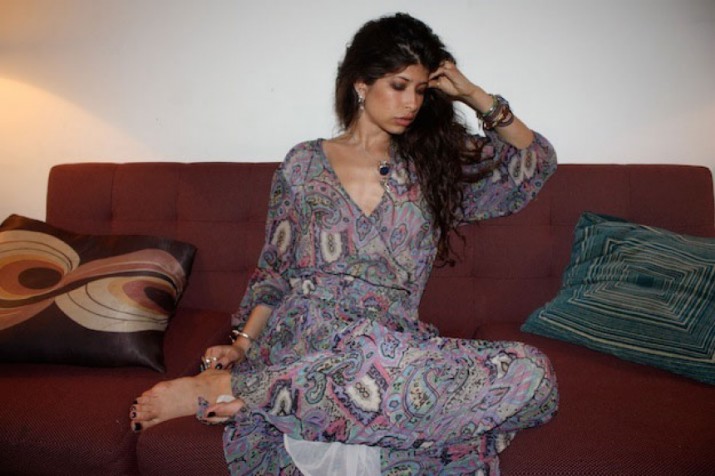 After graduation, Love was lost and worn out from the rigorous work that seemed to be leading nowhere. She ended up working at a vintage store and apprenticing for the critically acclaimed artist, Francesco Clemente, who rekindled a spark in her creativity. In 2006 she started styling for small publications in New York City, but Love always had trouble finding accessories she liked for shoots, so, like the self-starter she is, she started making her own. 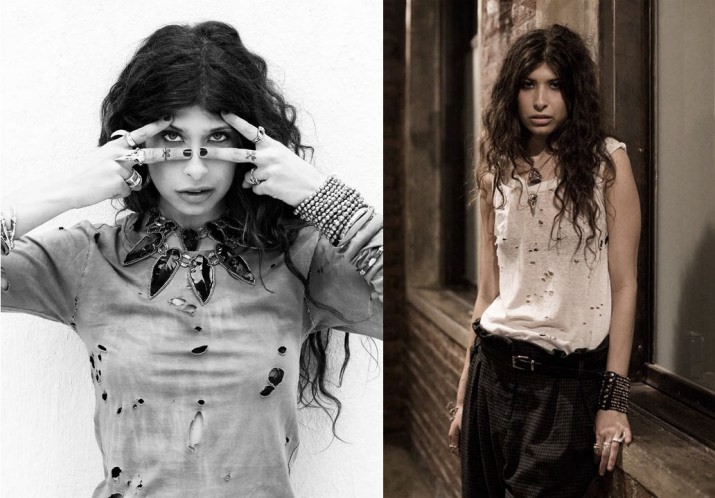 “The people I was working for were really into the jewelry I was making and one thing led to another,&rdquo; she explains. “I loved [making jewelry] but I didn&rsquo;t know the first thing about it.&rdquo; So, she got her feet wet. Love chased down friends who were jewelry designers and asked them for help. She read books. She even found a job apprenticing for jewelers in the Diamond District in exchange for training. “A lot it was self-teaching and a lot was experimentation,&rdquo; she reflects. “I didn&rsquo;t know much but I was working with such experienced people I felt like I was in good hands.&rdquo; Love devoted herself to her new craft and the rest fell into place. “Once I let go of all the other things, took the risk, [my line] took off.&rdquo; 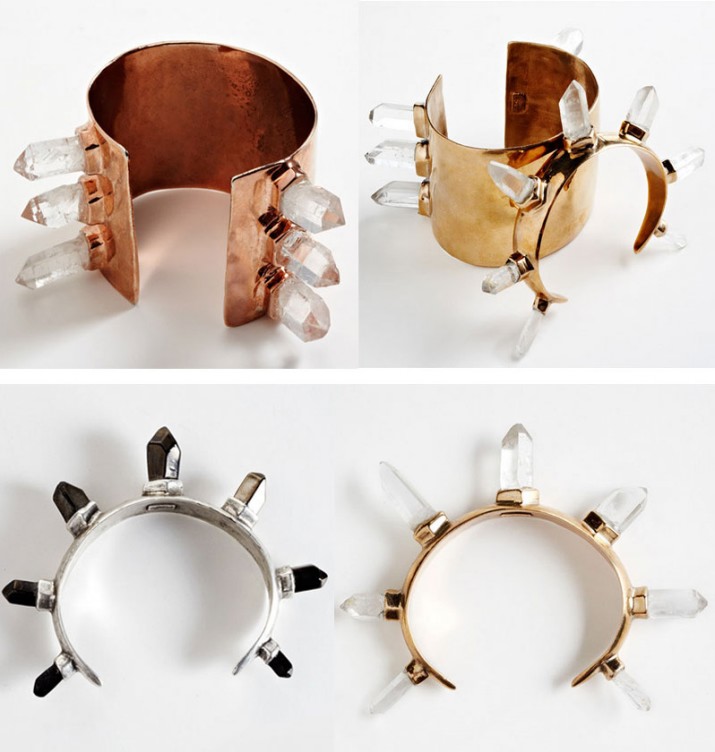 Nowadays, Love is no longer conducting a three-man operation. Her business has become larger than she ever dreamed and this presents ethical challenges or the pressure to mass manufacture overseas, but Love is thoroughly against it.

For Love, jewelry has a deeper meaning than any other adornment or apparel. “Historically, people were putting jewelry on their bodies before clothing,&rdquo; Love carefully lectures. “It&rsquo;s a source of communication. Jewelry is like a tattoo or something, you don&rsquo;t take it off. It becomes a part of your identity. It has that special power.&rdquo; That is why she pays so much attention to the details, each piece carrying the signature Love-style of contrast, playing with the friction between oppositions. 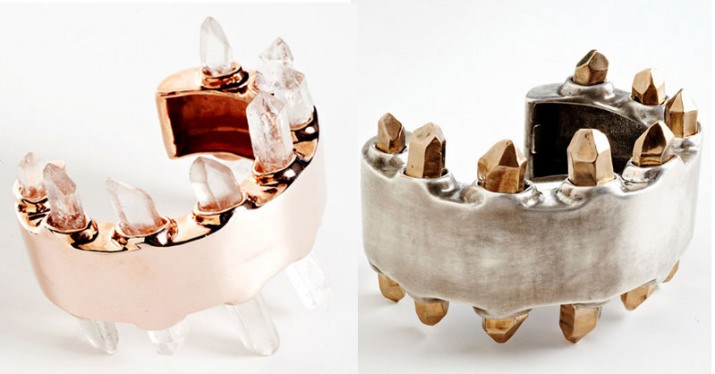 But whether it&rsquo;s pragmatic decisions or historical details, Love does her research. When creating a collection inspired by Native American traditions, Love traveled to residences in Arizona to research the origins of the jewelry she was inspired by and also worked with an organization for Native American teenagers that encouraged them to further in the arts. “I try to explore things very thoroughly and respect my references. You know when people make “punk&rdquo; things but it&rsquo;s clear they have never been to a punk show in their life? If you&rsquo;re going to make a comment on something you should understand what you are commenting on.&rdquo; She sighs and chuckles a little at herself. “I want to be the real thing.&rdquo;&nbsp; 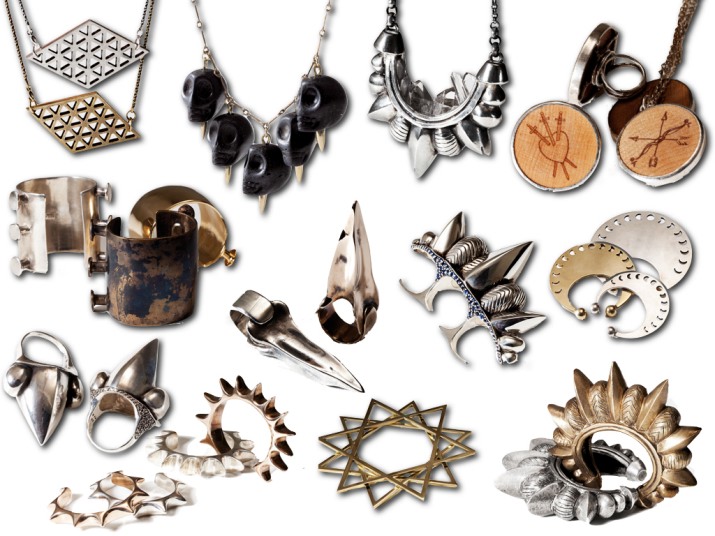 Pamela Love&rsquo;s creations are deeply spiritual and intuitive. She is heavily influenced by astronomy, astrology, alchemy, botany, the American Southwest and the architecture of her home, New York City. While her inspirations are steeped in American folklore, she also incorporates traditional tribal artisan patterns from North Africa, Mexican folk art, and medieval European iconography into her designs, resulting in her own immediately recognizable aura of modern urban mysticism. 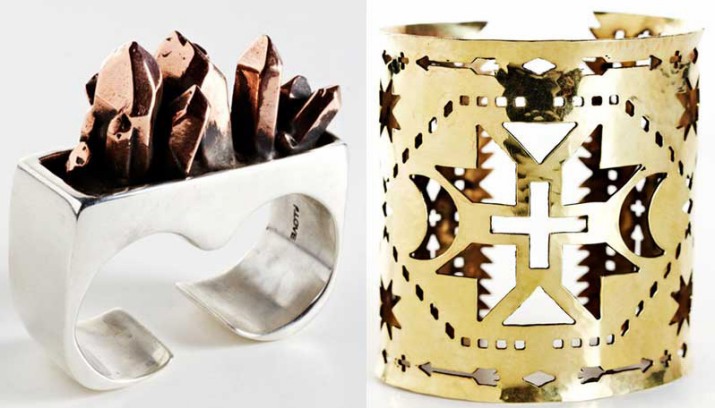 “A lot of my inspiration comes from my travels across America, and particularly the Southwest.&nbsp; My jewelry is very multicultural and heavily based on tradition and the different perspectives of body ornamentation from around the world; a touch of Mexico, Native America, Africa, and India.&rdquo; Forged in sterling silver, black bronze, gold, and copper, the naturalistic eagle claws and bird skulls captured the media&rsquo;s attention immediately. “Everyone says I&rsquo;m morbid. . . . I don&rsquo;t see it as a dark thing, I think it&rsquo;s a positive thing! When you can face your own death, you can live to your fullest.&rdquo; 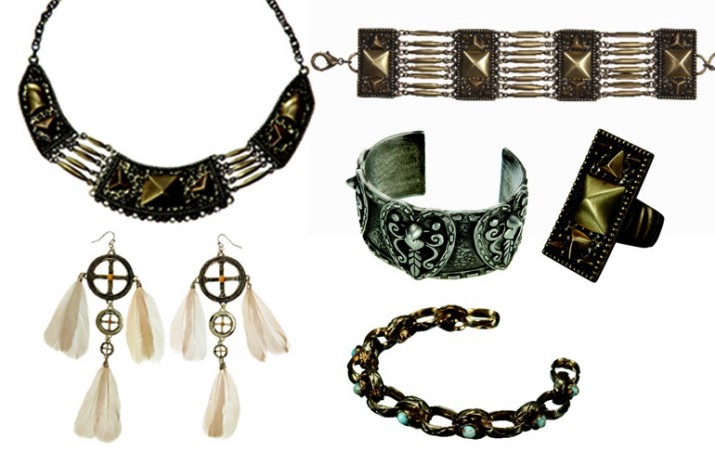 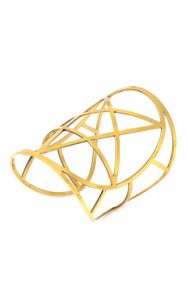