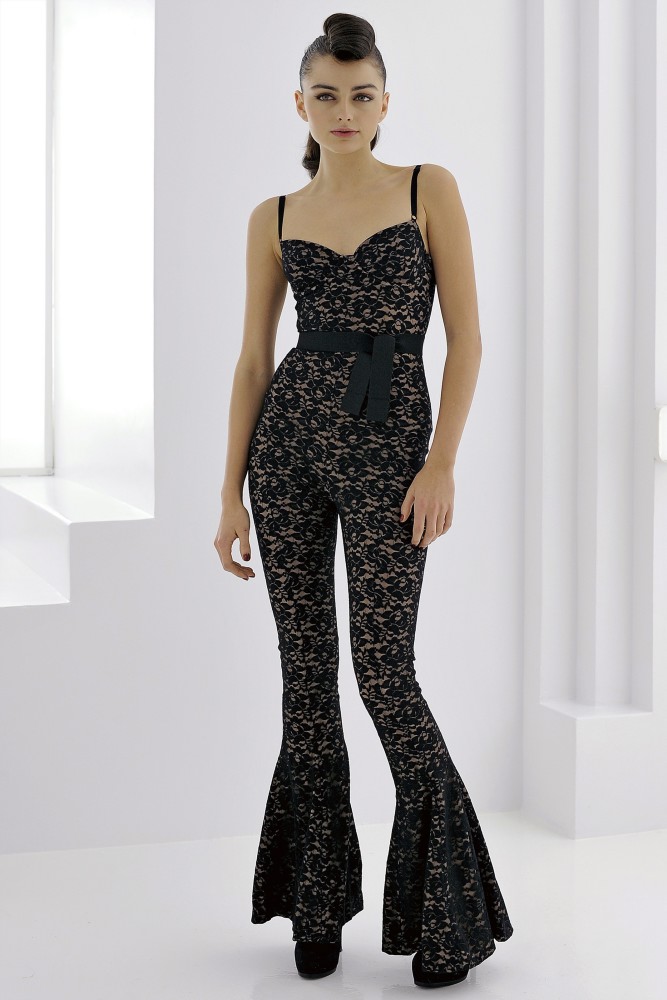 Norma Kamali is an American fashion designer based in New York City. She has always been known as a designer who follows her own path. She has since designed collections for her own brand as well as collaborated on lines such as Walmart, Everlast and Spiegel. Norma Kamali is known for inventing styles that have influenced a number of trends through the years from the iconic “Sleeping bag coat,” the high-heeled sneaker, clothing made from actual parachutes and influential swimwear. She also introduced the idea of wearing sweats from the streets to eveningwear and more.

Norma was born Norma Arraez in 1945 in Manhattan, New York. Her mom is Lebanese and her dad is Basque Spanish. He job was as a girl working in her stepfather’s candy store in New York City. She loved her mom very much and she looked up to her! She designed great Halloween costumes. She also made great cookies with neat designs on them! She also painted cool paintings. She went to Washington Irving High School a New York City public school. Norma wanted to become a painter. But her mom didn’t. So they agreed that she would be a clothes illustrator. Norma enrolled at the Fashion Institute of Technology, in Manhattan. She graduated in 1964. 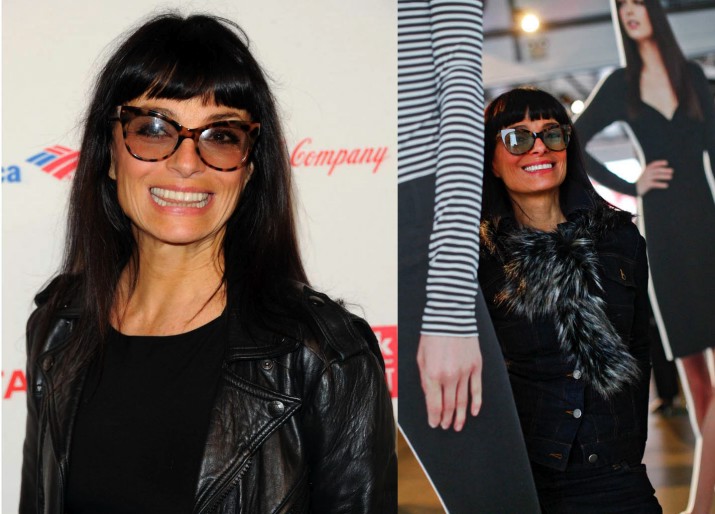 She married Mohammed Houssein Kamali. In 1968 she and her husband opened a basement boutique on Manhattan’s East side. Her early designs were dresses and suits with butterflies, trees, clouds, eagles and flowers, lizard and leather patches, snakeskin and tee shirts with rhinestone studs! She was one of the first to design hot pants in 1969. Her designs were updated versions of women suits in a 1940’s look. Editorial coverage of her designs and shop were featured in Vogue and Harper’s Bazaar. Some of her early customers were Diana Ross, Bianca Jagger and Cher. In 1974, the Kamali shop moved to Madison Avenue and Kamali introduced the Parachute Clothing. The following year (1970), she designed the “Sleeping Bag Coat.” 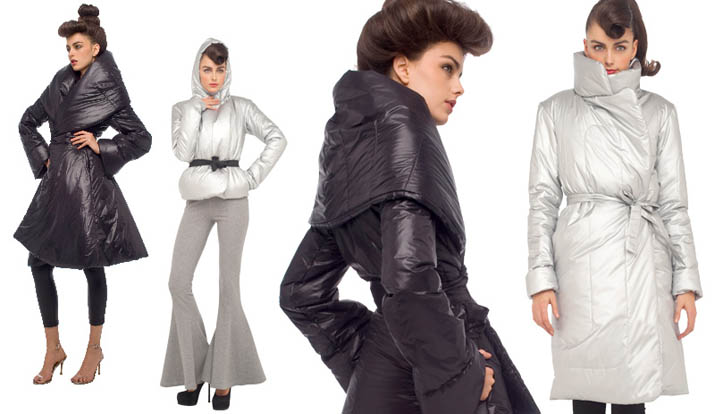 In 1976 Kamali opened a shop in Los Angeles and created her I Love New York promotion for Madison Avenue retailers. The following year (1977), she introduced her first wholesale swimwear collection and a Cosmopolitan cover featuring one of her bikini designs created an international demand. 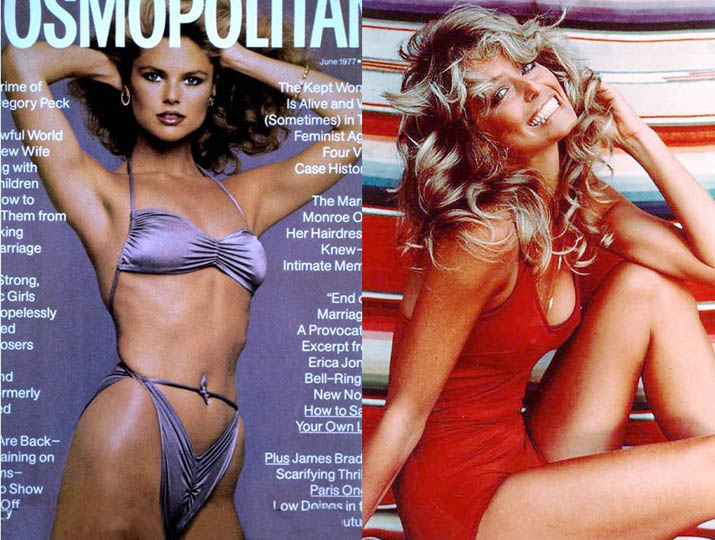 In July 1978, Kamali opened her own business and retail store OMO (On My Own) Norma Kamali. The same year she designed costumes for the Emerald City scenes of Sidney Lumet’s film The Wiz. That same year, Diana Vreeland included Kamali’s parachute designs in her Vanity Fair exhibition at the Metropolitan Museum of Art, where they are now in the museum’s permanent collection. 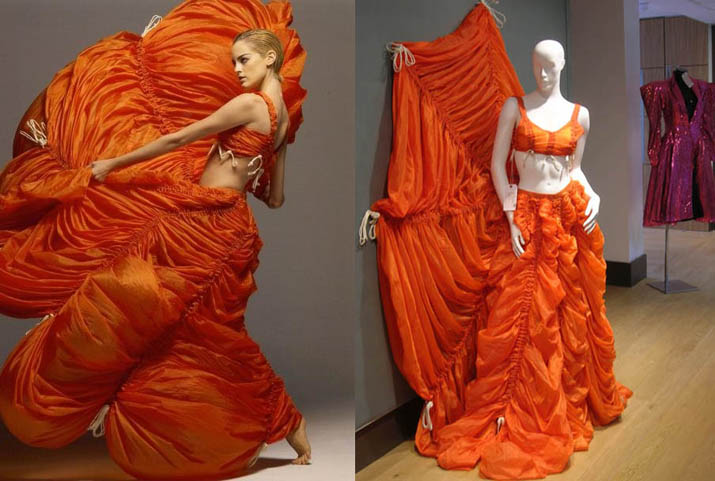 In 1983, Kamali opened her new OMO Norma Kamali flagship store on 56th Street in New York and began working on fashion videos. Her Fall Fantasy (1984) video pioneered an important trend in fashion merchandising. The following year (1985), she directed Fashion Aid, a video for the New York Honorary Committee designers in a benefit for the Live Aid Foundation fundraiser by the fashion industry. For her work in fashion videos, she was a recipient of three “Best Category Awards” at the First Annual Video Awards; and a Special Community Service Award for Fashion and Video (1986); and introduced her video catalogue the same year.

Besides fashion, Norma is very passionate about two other topics: Wellness and technology. Shortly after 9/11, she opened a Wellness Café at her flagship store. It started with her search for the best olive oils in the world to products made from the olive tree not just as a component but the core content. She soon discovered more and more people interested in solutions to what we are finding more and more to be harmful to our health. She believes firmly that exercise, dancing and overall fitness is what truly empowers women. 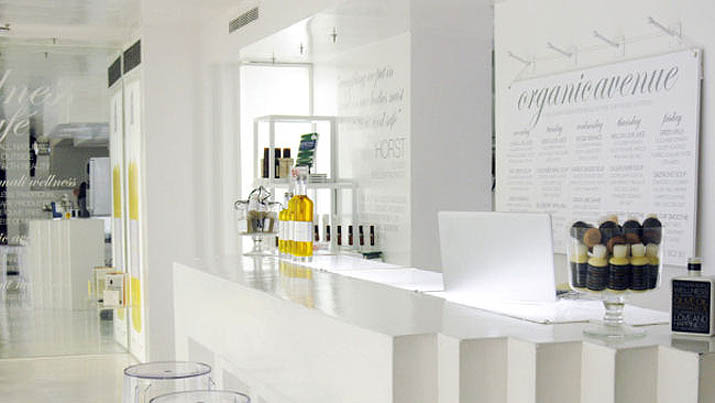 Norma regularly contributes to the Huffington Post, More.com (which focuses on women over 40) as well as Elle.com. She feels this will allow her to share the information she is finding to the everyday challenges the toxic planet present us with. By reaching people through her influence as a Fashion Designer, and presenting her wellness ideas through vanity, it has enabled her to reach a broader influence of people that wouldn’t normally classify themselves as “wellness people.” 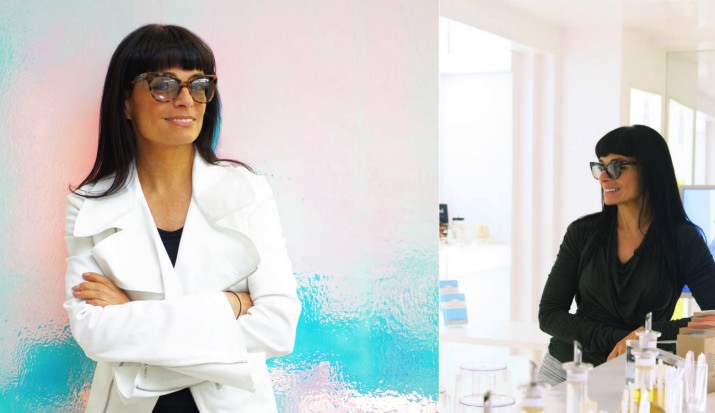 On the technology side, Norma’s innovativeness is not just through design, but through the way she sells and markets her clothing. She launched her company website in 1996 and was one of the first fashion designers to do so. Her “Try Before You Buy Service” allows clients to decide in the privacy of their own home and only pay for what they keep. Her staff offers support for clients through vehicles like Skype.

Since Norma has been in retail since 1967, she is constantly looking for ways to transition retail innovation alongside her online presence. At her flagship store in New York City, bar codes are used to scan and shop from her window and displays throughout the store. She recently replaced her mannequins with 8-foot Glamazon cut-outs of models in her latest collections. For her Spring 2012 Fashion Week Presentation, Norma co-directed a Fashion Film in 3D, launched the first ever 3D online shopping pages and introduced an interactive game where people can choose items that do not belong in the film and win prizes.

Dance parties and beach karaoke events are all part of the new social shopping experiences. Norma’s wide range of collaborations genuinely displays the range of markets she can comfortably design for. Her longevity in the business has three generations of women wearing her clothing. A recent example is Lady Gaga’s video. She is wearing her mother’s wedding dress which was designed by Norma in 1983 and, at the same time, was seen wearing a gown from Norma’s current collection. Celebrities are naturally drawn to Norma’s clothing from Madonna to Raquel Welch to Beyonce today. 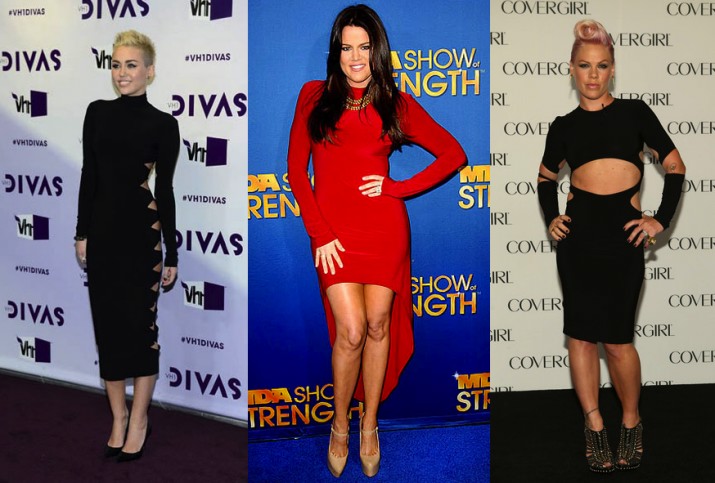 Norma is the winner of numerous awards including: two Coty Awards — in 1981 (for her Sweatshirt Collection design innovation), and in 1982 (for Women’s Fashion Design); the Coty Hall of Fame Award (1983); the Council of Fashion Designers Award (1983) for outstanding women’s fashion designs for 1982; the Earnshaw Preview “Earnie Award” for Outstanding Children’s Sportswear Design (1983); the Fashion Institute of Design and Merchandising’s “FIDM Award,” in Los Angeles (1984); the Council of Fashion Designers of America (CFDA) Award in recognition of her innovative use of video in the presentation and promotion of fashion (1985); the Distinguished Architecture Award from the New York Chapter of the American Institute of Architects (1986); the American Success Award for Vocational Technical Education (FIT), presented to her by President Bush in the White House Rose Garden (1989); the Pencil Award for her extraordinary commitment to New York City Public School Education and the Fashion Outreach Style Award (1999); the Business Outreach Award from the Manhattan Chamber of Commerce (2001); the Entrepreneur Award from the Fashion Group and her induction into the 2002 Fashion Walk of Fame by the Fashion Center Business Improvement District; and the Special Tribute Award by the Board of Directors of the Council of Fashion Designers of America (2005). In 2010, Norma was presented with an Honorary Doctorate Degree in Fine Arts from FIT and was honored as one of WWD’s “100 Designers Who Shaped Fashion.” The following year, the red Norma Kamali swimsuit that helped make Farrah Fawcett a 1970’s icon was donated to the Smithsonian. Norma currently sits on the CFDA Health Initiatives Board which focuses on awareness, education and safety of people working in the Fashion Industry. 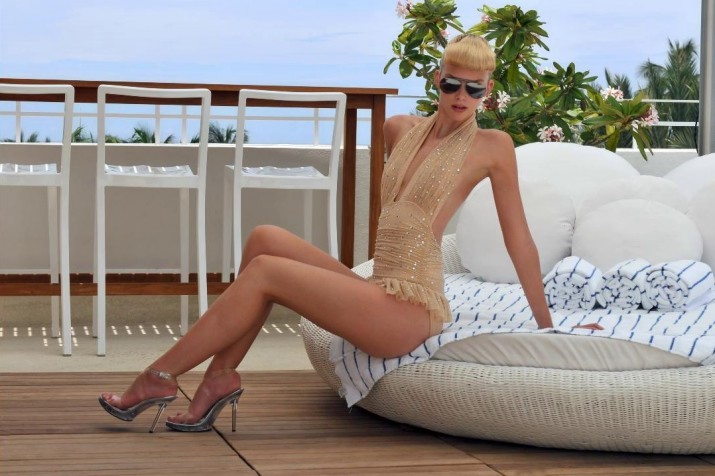 Kamali was the first designer to create an online store on eBay. Now she has a web site where she sells lots of all her clothes. She did not like getting her picture taken because she learned so much waited on customers every day if they didn’t know who she was. She said, "I constantly learn from them." 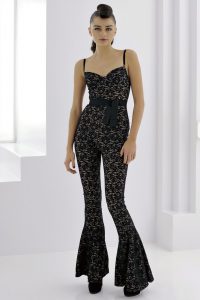