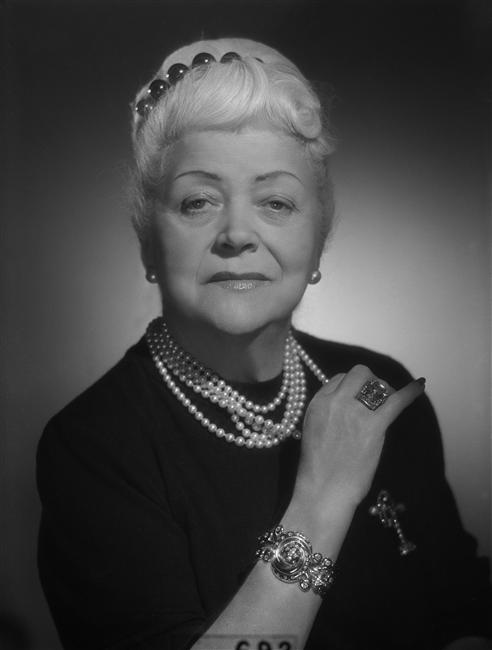 Maria Nielli was born in Turin, Italy on 14 January, 1883. She moved to Florence, Italy with her family at age 5 and then to France in 1895 at age 12. She was nicknamed Nina. At the age of 13, she began an apprenticeship at a dressmaker’s. She continued to pursue her love of fashion throughout her teenage years becoming the head of the salon at age 18, and chief designer at 22. She married an Italian jeweler and composer Luigi Ricci in 1904, thus becoming Maria Ricci. They had a child named Robert. In 1908 Nina joined the house of Raffin as a designer and remained there for 20 years. She became Raffin’s partner, and then moved on to create her own design house in 1932.

The house of Nina Ricci was founded by Maria Ricci in Paris in 1932, later helped by her son Robert. Maria was 49 years old at the time, and after working at Raffin for so many years was itching to design her own creations. Madame Ricci designed gowns while Robert managed the business and finances. She worked with the fabrics directly on the mannequin to ensure they had the right shape once they were finished. Nina Ricci designs soon became known for their refined, romantic, always feminine feeling that Maria imparted to all of her collections.

The House of Nina Ricci grew rapidly throughout the thirties and their one-room maison de couture became 11 floors in 3 buildings, operations developed by WWII to include leather goods and fashion accessories. Intoxicatingly feminine designs became her signature, using draped fabric in the style of ancient Greek Goddess’s, to inspire her flowing visions.

In 1945, with the war over, designers were casting about for a way to revive the infatuation women had formerly had with haute couture, while raising money for war relief. Robert Ricci had an idea which Lucien Lelong, President of the Chambre de Commerce, put into action. Over 150 mannequins from forty Paris couturiers, including Balenciaga and Grès, were dressed in the labels’ best fashions and were placed in an exhibition held at the Louvre, in Paris. After a huge success in Paris it toured Europe and then the USA. 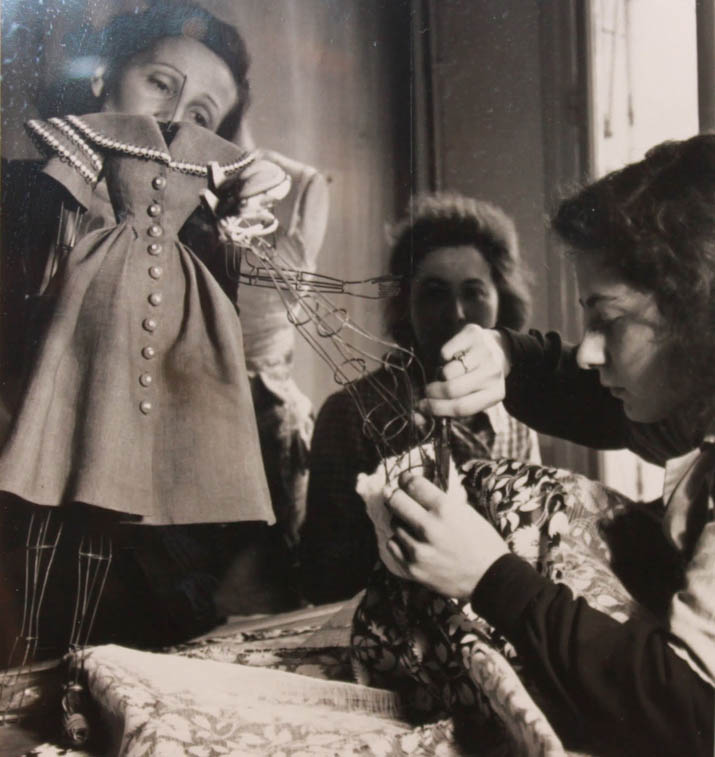 In 1948 the house of Nina Ricci launched ‘L’Air du Temps’. The “bottle with the doves” was co-designed by Marc Lalique and Robert Ricci. The Lalique family manufactured bottles exclusively for the House of Ricci until the 1950s. 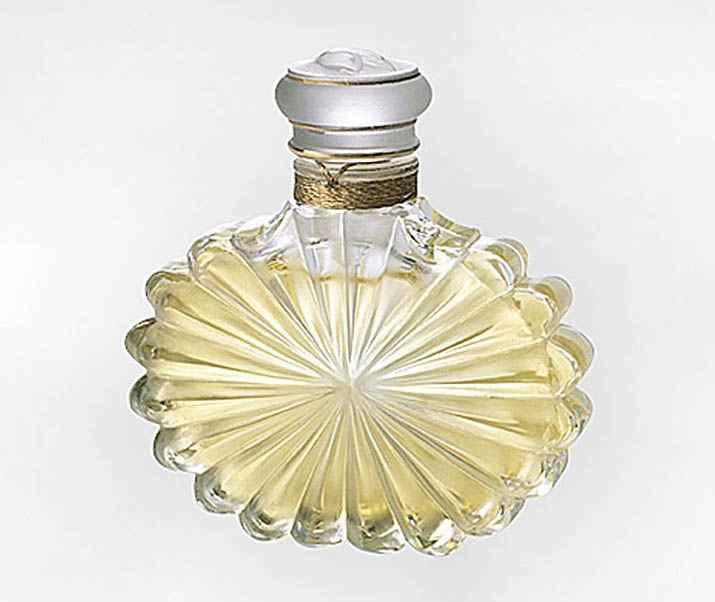 By the early 1950s Nina Ricci was nearing 70 years of age and slowly withdrew from an active role in design, choosing to just keep an eye on the house. Her son chose the new head designer in 1954, the Belgian Jules-Francois Crahay.

Nina Ricci died on 30 November 1970 (according to her Headstone she died 29 November) at the age of 87. Robert Ricci died in 1988 and the company was taken over by Nina Ricci’s son-in-law, Gilles Fuchs. 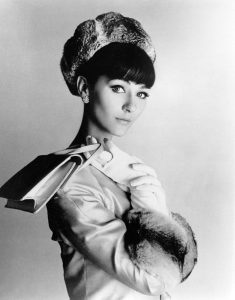