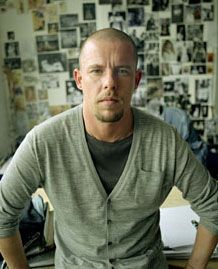 Lee Alexander McQueen was born in London on March 17th 1969, the youngest of six children. He left school at the age of 16 and was offered an apprenticeship at the traditional Savile Row tailors Anderson and Shephard and then at neighbouring Gieves and Hawkes, both masters in the technical construction of clothing.

From there he moved to the theatrical costumiers Angels and Bermans where he mastered 6 methods of pattern cutting from the melodramatic 16th Century to the razor sharp tailoring which has become a McQueen signature. Aged 20 he was employed by the designer Koji Tatsuno, who also had his roots in British tailoring. 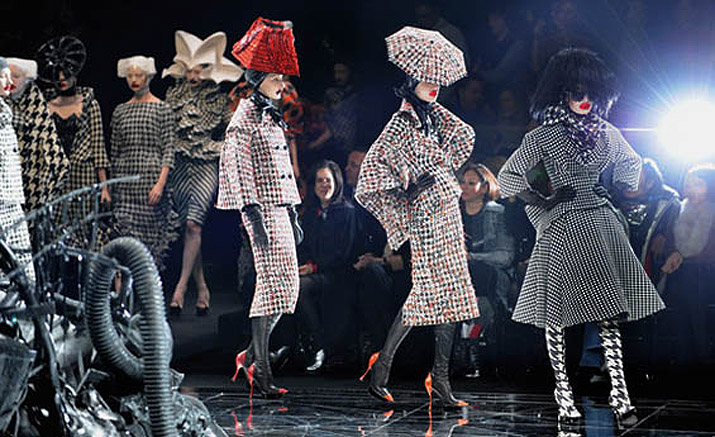 A year later McQueen travelled to Milan where he was employed as Romeo Gigli’s design assistant. On his return to London, he completed a Masters degree in Fashion Design at Central Saint Martin’s. He showed his MA collection in 1992, which was famously bought in its entirety by Isabella Blow.

Alexander McQueen shows are known for their emotional power and raw energy, as well as the romantic but determinedly contemporary nature of the collections. Integral to the McQueen culture is the juxtaposition between contrasting elements: fragility and strength, tradition and modernity, fluidity and severity. 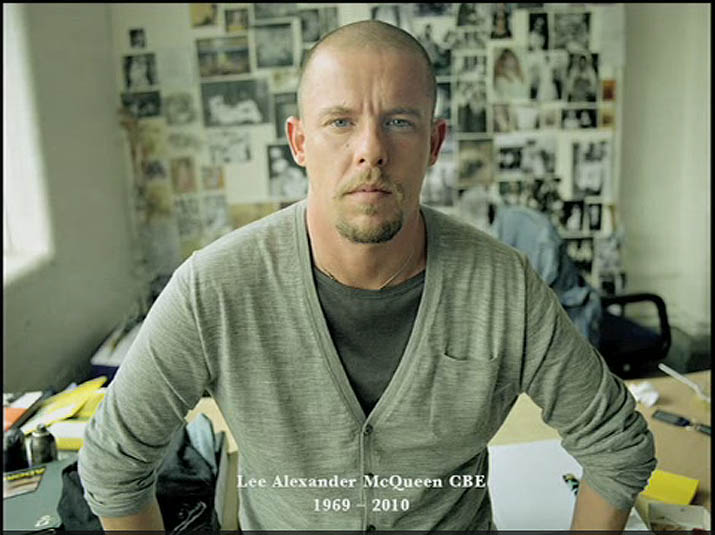 An openly emotional and even passionate viewpoint is realised with a profound respect and influence for the arts and crafts tradition. Alexander’s collections combine an in-depth working knowledge of bespoke British tailoring, the fine workmanship of the French Haute Couture atelier and the impeccable finish of Italian manufacturing. 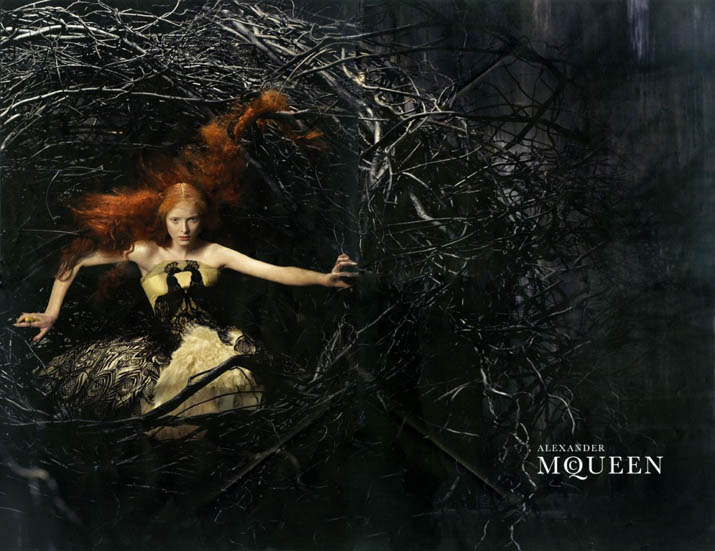 In less than 10 years McQueen became one of the most respected fashion designers in the world. In October 1996 he was appointed Chief Designer at the French Haute Couture House Givenchy where he worked until March of 2001. 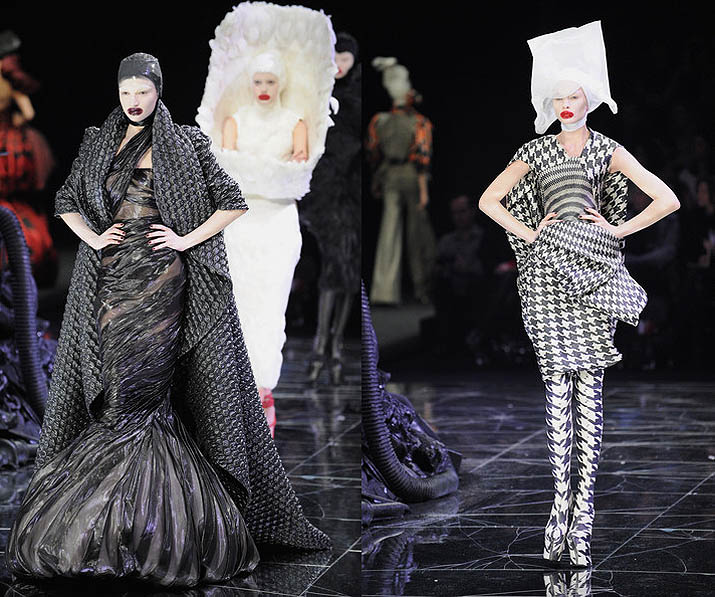 In December 2000, 51% of Alexander McQueen was acquired by the Gucci Group, where he remained Creative Director. Collections include womens ready-to-wear, mens ready-to-wear, accessories, eyewear and fragrance (Kingdom 2003 and MyQueen 2005). Expansion followed and included the opening of flagship stores in New York, London, Milan, Las Vegas and Los Angeles. 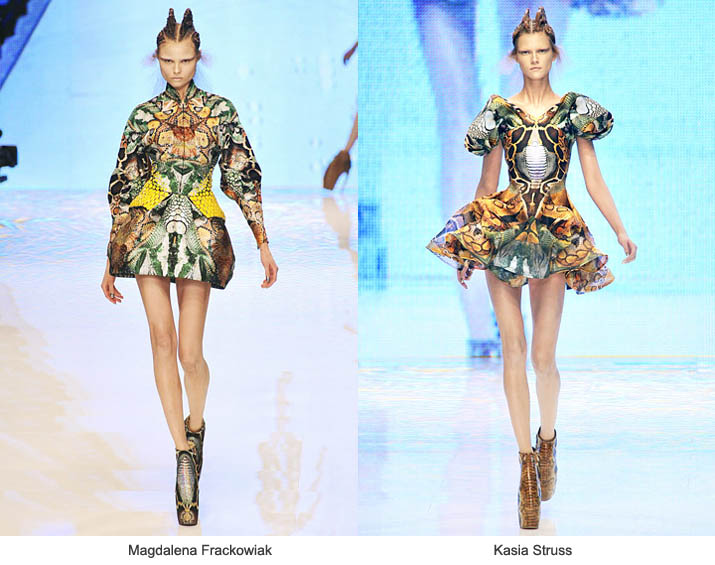 McQueen’s death was announced on the afternoon of 11 February 2010. He was found hanged that morning in his wardrobe by his housekeeper at his home on Green Street, London W1. Paramedics were called and they pronounced him dead at the scene.

McQueen died days before London Fashion Week, though he was not scheduled to show, and nine days after the death of his mother, Joyce, 75, from cancer.

McQueen left a note saying “Look after my dogs, sorry, I love you, Lee.”. The Metropolitan Police stated that the death was not suspicious, but did not confirm that the death was a suicide. On 17 February 2010, Westminster Coroner’s Court was told that a post-mortem examination found that McQueen’s death was due to asphyxiation and hanging.  The inquest was adjourned until 28 April 2010, where McQueen’s death was officially recorded as suicide.  McQueen, who had been diagnosed with mixed anxiety and depressive disorder took an overdose prior to hanging himself. He had taken drug overdoses in May and July 2009. 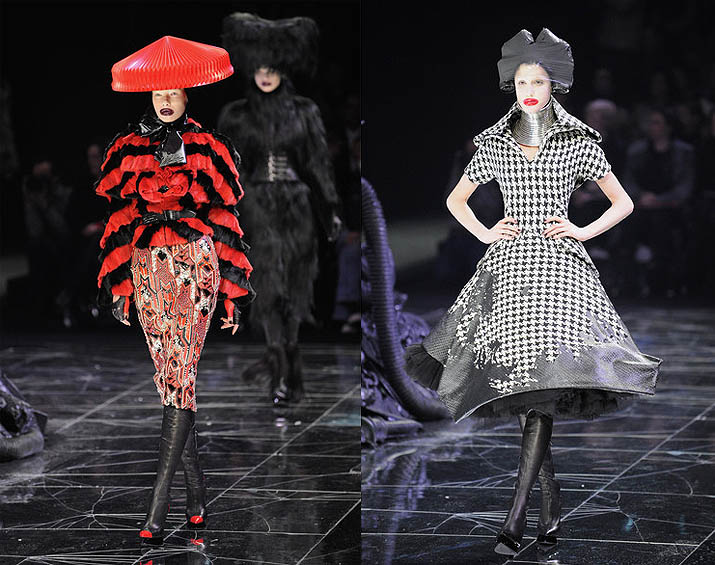 “On behalf of Lee McQueen’s family, Alexander McQueen today announces the tragic news that Lee McQueen, the founder and designer of the Alexander McQueen brand, has been found dead at his home. At this stage it is inappropriate to comment on this tragic news beyond saying that we are devastated and are sharing a sense of shock and grief with Lee’s family.”

Lee’s family has asked for privacy in order to come to terms with this terrible news and we hope the media will respect this. —Alexander McQueen Office, Official Website, 11 February 2010 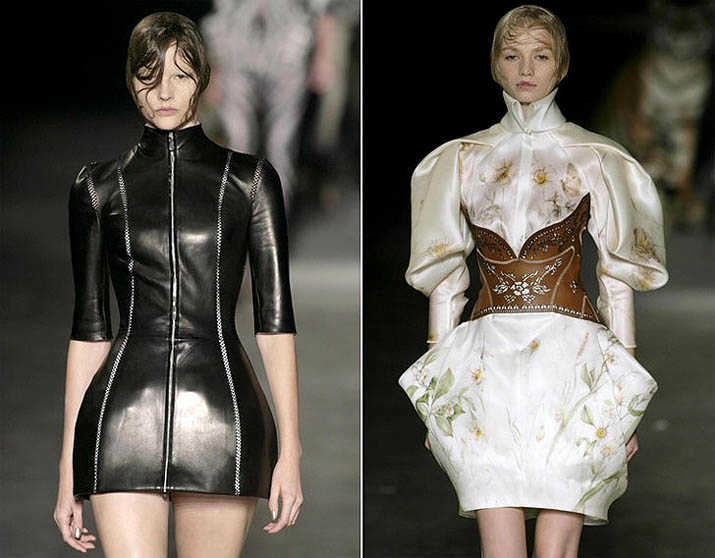 McQueen is survived by his father, three sisters, and two brothers.

On 18 February 2010, Robert Polet, the president and chief executive of the Gucci Group, announced that the Alexander McQueen business would carry on without its founder and creative director.   He also added that a McQueen collection would be presented during Paris Fashion Week. 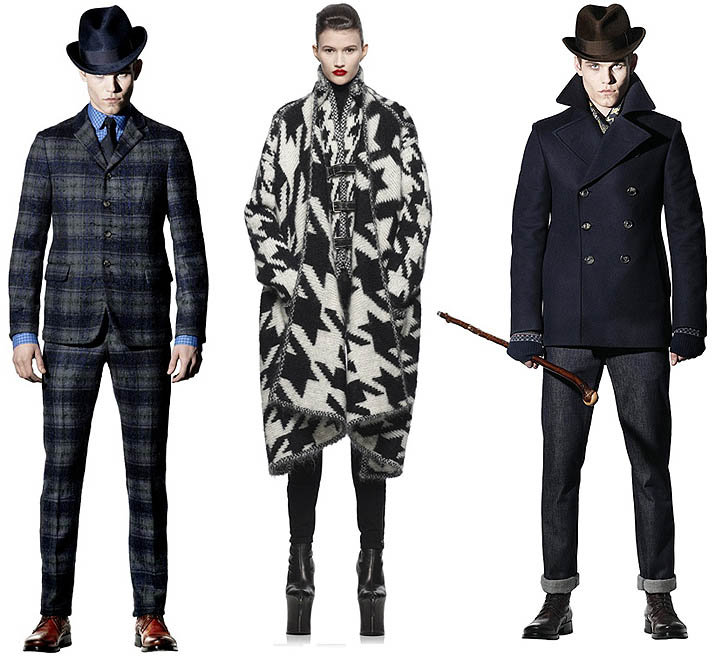 In March 2010, a visual tribute to McQueen and his “manta” design was organised featuring, inter alia, Naomi Campbell, Kate Moss and Annabelle Neilson. 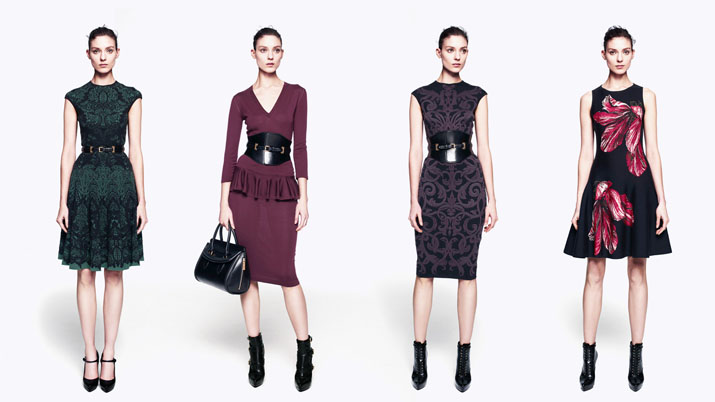 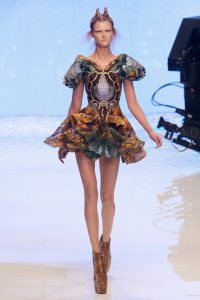