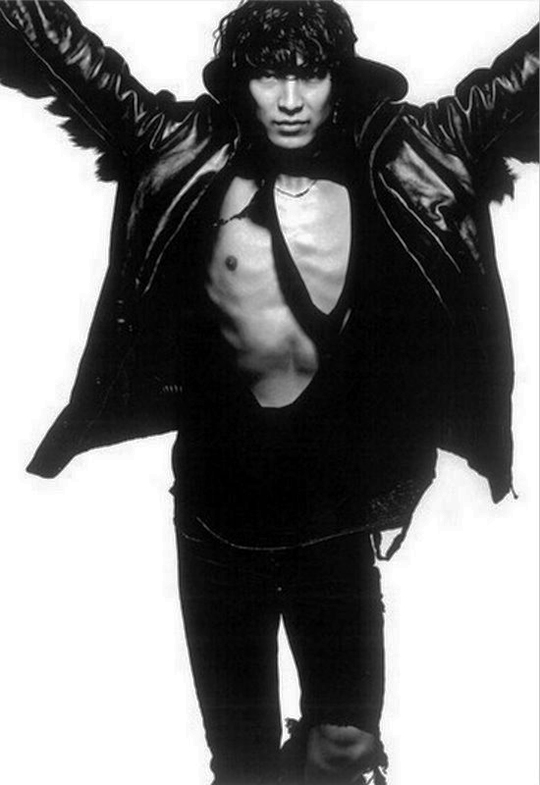 Alexander Wang  is an American fashion designer and Creative Director of Balenciaga.  Born in San Francisco, California, in 1983, to Taiwanese – American parents, Alexander Wang went to summer design programs at OTIS and Central St. Martens. During his late teens, he lived in San Francisco and attended the Drew School for high school.

In 1999 Wang took summer courses at Central Saint Martins in London and presented his first fashion show at his brother’s wedding reception. “It was like 35 looks or something,” he told The Independent in 2009. “We hired hair and makeup and everything.”

At age 18, he moved to New York City to attend Parsons. He interned for Marc Jacobs, Teen Vogue, Vogue, and Derek Lam in succession, then dropped out of Parsons after his sophomore year to launch a line of unisex cashmere sweaters. In Fall 2007, Wang presented a complete women’s ready-to-wear collection on the New York catwalk for the first time, to critical acclaim. 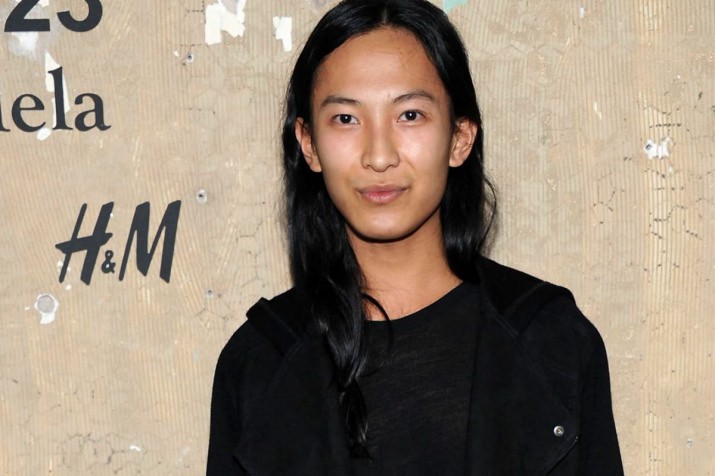 In  2008 Wang won the Ecco Domani Fashion Foundation award and the CFDA/Vogue Fashion Fund, an honor accompanied by a $200,000 award to expand one’s business. That same year, he launched his first handbag collection. In 2009, women’s T by Alexander Wang was launched, followed by Men’s T by Alexander Wang a year later. In 2009 he was recognized by his peers when he was announced as the winner of the CFDA’s Swarovski Womenswear Designer of the Year Award. Also in 2009, Wang was the recipient of the Swiss Textiles Award. 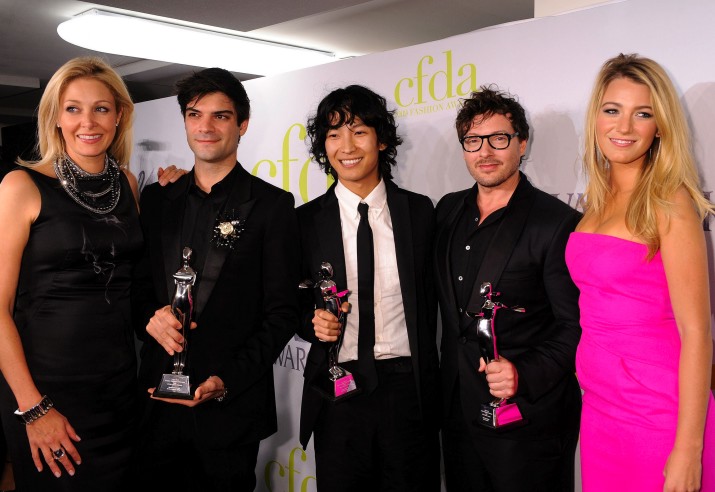 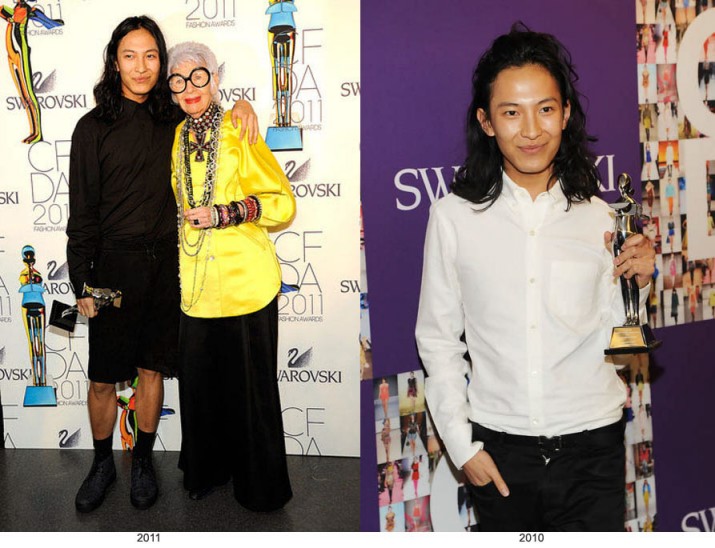 On February 17, 2011, the first Alexander Wang flagship store opened in SoHo, New York. His lines are now stocked globally in more than 700 doors including luxury department stores such as Barneys New York, Neiman Marcus, Bergdorf Goodman, Dover Street Market, Browns, and Net-A-Porter and the brand has 15 stores in 7 countries. Alexander Wang has stores including its own E-Commerce site shipping to more than 50 countries. Men’s and Women’s categories offer ready-to-wear, T by Alexander Wang, handbags, footwear, small leather goods and the OBJECTS collection, a curation of personal lifestyle items. 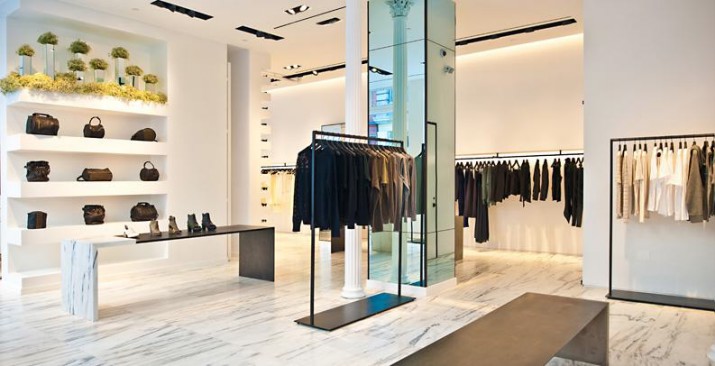 Wang is known for his urban designs. After designing a Fall 2008 collection using black as the predominant color, he designed his Spring 2009 collection using bright colors such as orange, dusty purple, aqua and hot pink.  Although he reverted to using mainly black fabrics, he was praised for showing great tailoring skills. 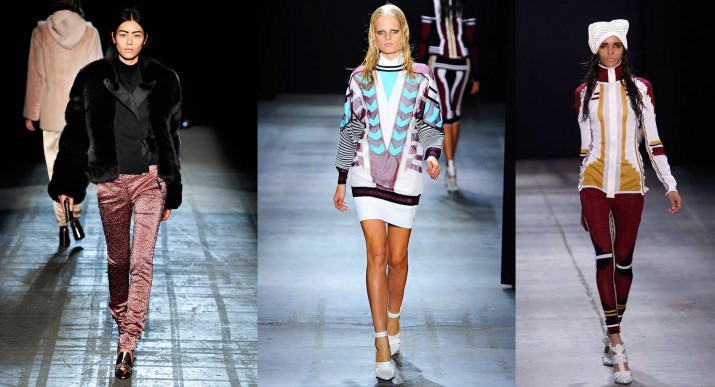 On November 30, 2012, Alexander Wang has been named Creative Director at Balenciaga. After  Nicolas Ghesquière left with Balenciaga’s parent company, Kering, PPR. In February 2013 Wang made his debut for Balenciaga with a collection of near-monastic black-and-white looks in clean, spare shapes—cocoon jackets, peplumed tops, and sleek trousers—that resurrect some of the house’s classic silhouettes. “What I wanted to achieve with that first collection was the sense that it was a prologue, that there was a ‘dot-dot-dot’ after it; that it had a sense of mystery as to what will come next.” 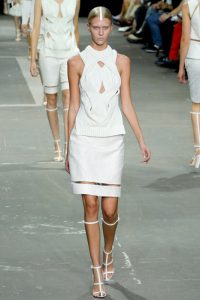