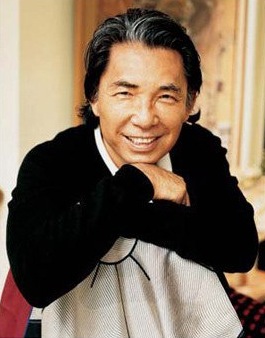 Kenzo Takada is a Japanese fashion designer, best known for his eponymous label Kenzo, a worldwide brand of perfumes, skincare products and clothes. Born in Himeiji, Japan, in 27 February 1939  to traditional innkeeper parents, his interest in fashion developed at an early age through reading his sister’s magazines. Aged 18, following the wishes of his parents, he attended the University of Kobe to study literature.

Dissatisfied and bored with the course, he left for Tokyo’s Bunka Fashion College – against his parents’ wishes – where he was one of the first male students to be admitted. In 1960, he won the prestigious Soen prize and began working for the Sanai department store as a designer of girl’s clothing, making up to 40 styles every month. In 1964, Kenzo moved to Paris. He took some time to settle in, but eventually he started sketching. The revolutionary new outfits by Courreges were the inspiration for a series of 30 designs he made, five of which were accepted by designer Louis Feraud. Over the next few years, he worked for various department stores, the Pisanti textile group and Relations Textiles. 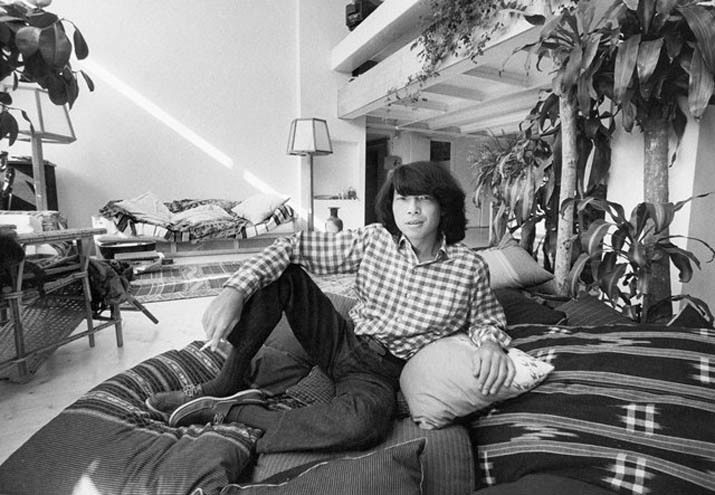 He opened his first boutique in 1970. Called Jungle Jap, it was housed in a former antique clothing store at the Gallerie Vivienne that Kenzo renovated himself. He painted the walls to look like Henri Rousseau’s Le Reve. Though Jungle Jap wouldn’t become the brand Kenzo until 1980, the store was already full of the colorful patchwork designs and kimono-inspired pieces that would become synonymous with Kenzo Takada’s name. 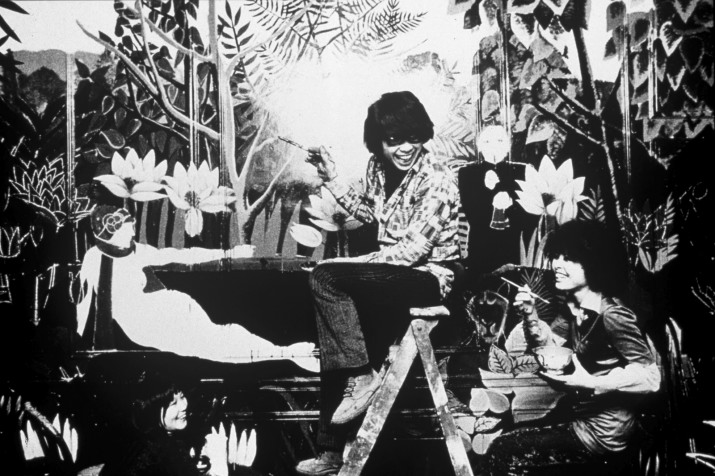 He staged his first fashion show in the small shop. The shop later moved to 28 Passage Choiseul in Paris’ 2e arrondissement, where his clothes started attracting more attention. His designs featured in American Vogue in 1971, where his smock tent dresses, oversized dungarees, enlarged armholes, original shoulder shapes and unique store were slated by the publication as the next development in the Paris boutique scene.  The next year, he won the Fashion Editor Club of Japan’s prize. Kenzo proved his sense of dramatic appearance when, in 1978 and 1979, he held his shows in a circus tent, finishing with horsewomen performers wearing transparent uniforms and he himself riding an elephant.

His first men’s collection was launched in 1983.

In 1988, his women’s perfume line began with Kenzo de Kenzo, Parfum d’?t?, Le monde est beau and L’eau par Kenzo. His first men’s fragrance, Kenzo pour Homme, in 1991. FlowerbyKenzo, launched in 2000, and has since become a flagship fragrance for the Kenzo Parfums brand. In 2001, a skincare line, KenzoKI was also launched.

In 1993, his label was bought by LVMH. Kenzo Takada announced his retirement in 1999, leaving his assistants in charge of his fashion house. However, in 2005 he reappeared as a decoration designer presenting “Gokan Kobo” (“workshop of the five senses”), a brand of tableware, home objects and furniture. After a few years off, he wanted to take a new direction, “when I stopped working five years ago, I went on vacation, I rested, I traveled. And when I decided to work again, I told myself it would be in decoration, more than fashion.” 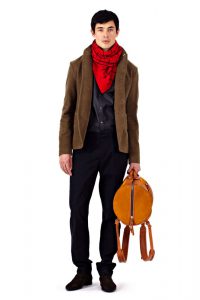