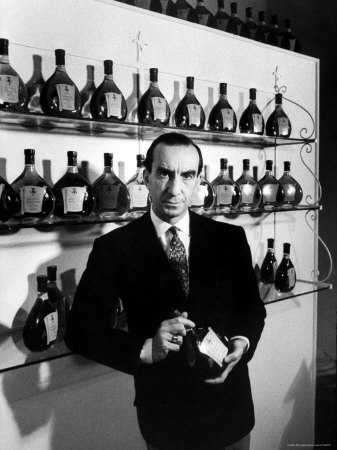 Known as the “Prince of Prints,” designer Emilio Pucci hailed from one of Florence’s oldest noble families. His country-gentleman upbringing led him to be an avid sportsman and a continuous player in Italy’s political landscape throughout his life. He and his eponymous company are synonymous with geometric prints in a kaleidoscope of colours.

Emilio Pucci was born on 20 November, 1914 of one of Florence’s oldest noble families, and would live and work in the Pucci Palace in Florence for much of his life. He was a keen sportsman, who swam, skied, fenced, played tennis and raced cars. At the age of 17 he travelled to Lake Placid as part of the Italian team at the 1932 Winter Olympics, but did not compete. 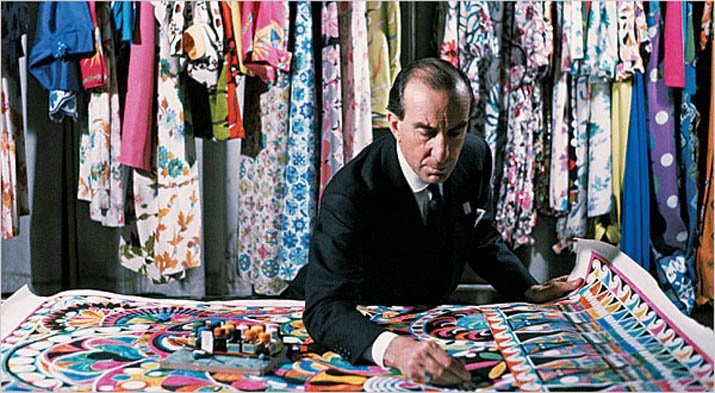 The first clothes designed by Pucci were for the Reed College skiing team. But his designs came to wider attention in 1947, when he was on leave in Zermatt, Switzerland. Skiwear that he had designed for a female friend was photographed by Toni Frissell, a photographer working for Harper’s Bazaar. 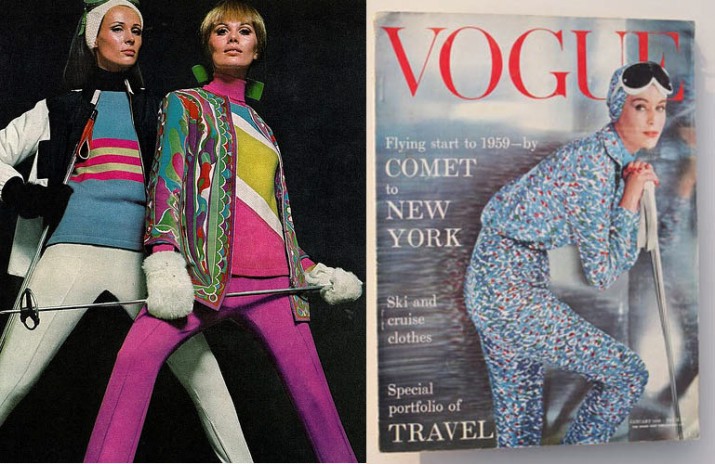 Frissell’s editor asked Pucci to design skiwear for a story on European Winter Fashion, which ran in the winter 1948 issue of the Bazaar. Although there had been some experiments with stretch fabrics in Europe before the war, Pucci’s sleek designs caused a sensation, and he received several offers from American manufacturers to produce them. Instead he left the Air Force and set up a haute couture house in the fashionable resort of Canzone del Mare on the Isle of Capri.

Initially he used his knowledge of stretch fabrics to produce a swimwear line in 1949, but soon moved onto other items such as brightly coloured, boldly patterned silk scarves. Stanley Marcus of Neiman Marcus encouraged him to use the designs in blouses and then a popular line of wrinkle-free printed silk dresses. Pucci added a boutique in Rome as business thrived, helped by Capri’s role as a destination for the international jet set. 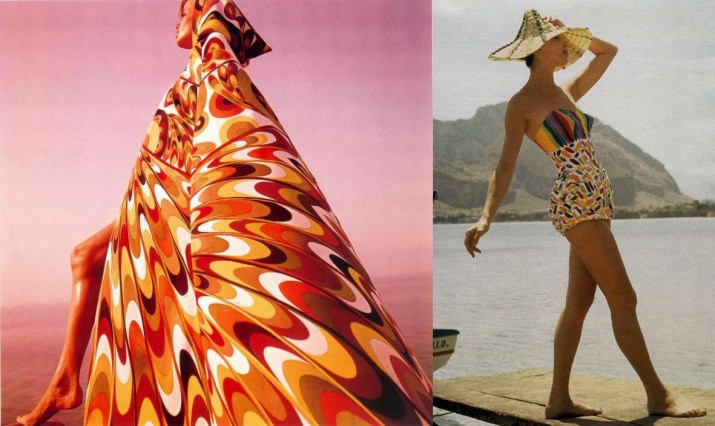 By the early 1950s, Pucci was achieving international recognition, receiving the Neiman-Marcus Award in Dallas and the Burdine’s Sunshine Award in Miami. By the 1960’s Pucci was further thrust into greater status when Marilyn Monroe became a fan. She was photographed by George Barris in a number of his items in what would be some of her final photographs. She was buried in one of his dresses. As the decade progressed his designs were worn by everyone from Sophia Loren to Jackie Kennedy. And latter day pop icons such as Madonna in the early 1990s.

In 1959, Pucci decided to create a lingerie line. His atelier in Rome advised him to develop the line abroad, avoiding the difficulties of a decade earlier in matching available fabrics to the patterns of his first swimwear line. As a result, Pucci came to Chicago giving the lingerie contract to Formfit-Rogers mills. The venture proved to be successful, and Pucci was made vice president in charge of design and merchandising for the company a year later. Also in 1959, Pucci was introduced to Baronessa Cristina Nannini, a Roman baroness, at his boutique in Capri. Pucci would later marry her, claiming: “I married a Botticelli”.

In 1965, New York ad agency Jack Tinker and Associates was hired by Braniff International Airways to update their image. The agency’s Mary Wells hired Alexander Girard to remodel the terminals, and Pucci to design new clothes for the hostesses. As the ads put it, it was “The End of the Plain Plane”.

Pucci would end up designing seven complete outfits for Braniff hostesses, pilots and ground crew between 1965 and 1977. A mark of his impact was that by 1968 Barbie had versions of all of his first four uniforms. These avant-garde creations were designed as individual components to be added or removed as weather dictated. The uniforms included turtlenecks, t-shirts, crop jackets, and culottes. Among the more unusual innovations was a “bubble helmet” – a clear plastic hood worn by flight attendants between terminal building and aircraft to protect their hairdos from rain and the blast of jet engines. Pucci incorporated Girard’s “BI” logo into some of his prints. 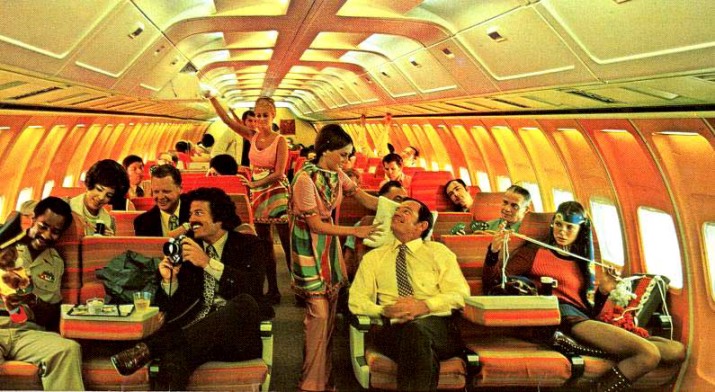 Pucci’s influence extended to the Moon. He suggested the three bird motif for the design of the Apollo 15 mission patch, although the crew replaced his blues and greens with a more patriotic red, white, and blue. 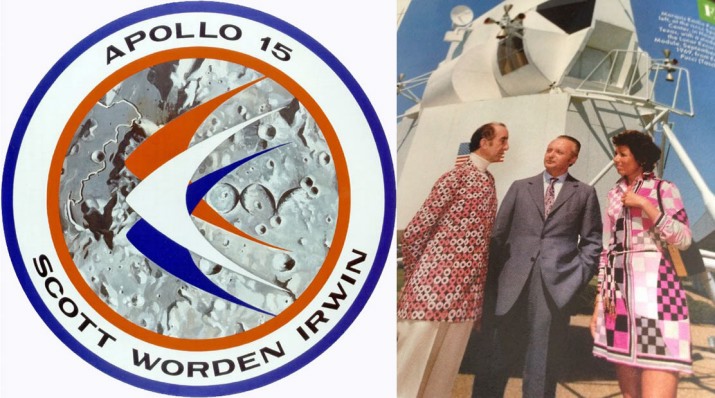 After Emilio’s death in 1992 his daughter, Laudomia Pucci, continued to design under the Pucci name. The French Louis Vuitton-Moet-Hennessy Group luxury goods empire acquired 67% of Pucci in 2000. Laudomia became Image Director, while LVMH brought in major designers such as Christian Lacroix (creative director 2002-5), and in October 2005, Matthew Williamson and Peter Dundas from 2009. Other designers who have worked for the label include Stephan Janson and Julio Espada. 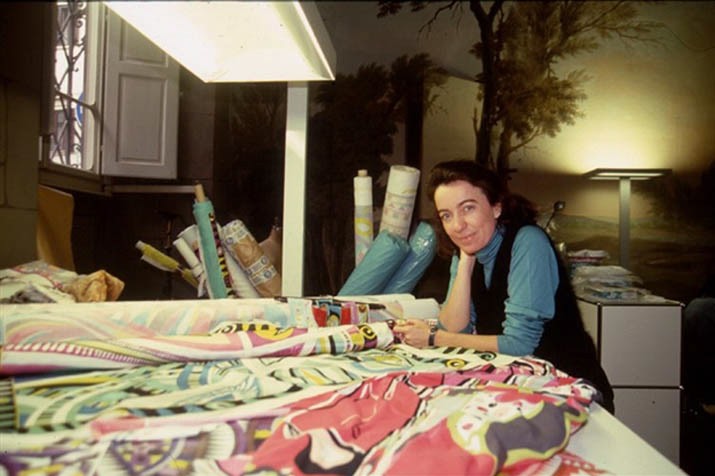 Emilio Pucci clothes and accessories are sold through Emilio Pucci and Rossignol boutiques worldwide and in high-end department stores designed by Lena Pessoa, mostly feature the designer’s original brightly coloured, often swirly, prints or new designs in his original distinct style. The fashion house produces ready-to-wear clothes and accessories for women, in addition to a small range of men’s accessories. In the past, the house has produced a more comprehensive range of men’s wear, including a line in partnership with Ermenegildo Zegna, which included men’s jackets lined with Pucci printed fabric, especially for American department store Saks Fifth Avenue. 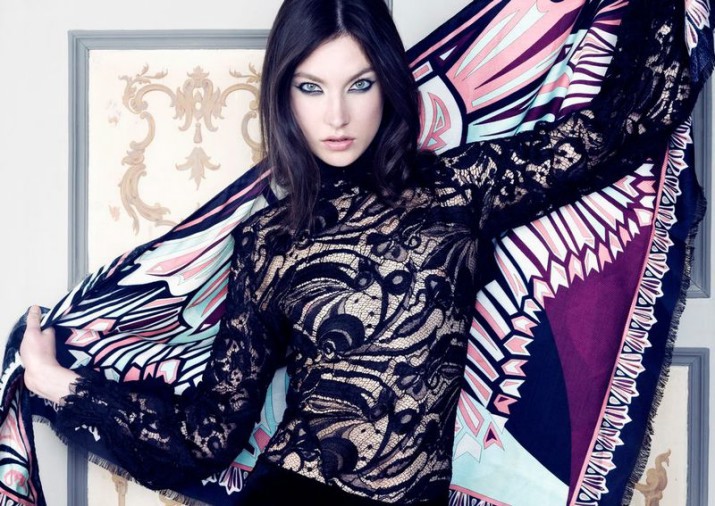 A limited-edition Pucci carrying case for the PlayStation Portable handheld gaming system was marketed by Sony as a high-end accessory on their PlayStation Signature line. 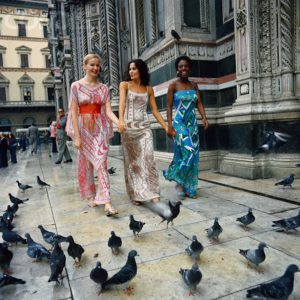