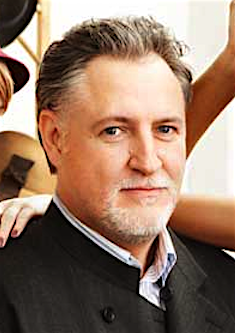 Albertus Quartus Swanepoel was born in 1959 to devout Dutch Calvinist parents in Pretoria, South Africa. His father was  head of pedagogy at a teacher’s training college and  his mother was a kindergarten teacher. Albertus grew up sketching clothes and playing the piano. He enjoyed going to the ballet, opera, and on safari with his parents.

In 1981 he received a B.A. in Fine Arts with a specialty in graphic design from the University of Pretoria. In 1982 he awarded a diploma in fashion design from Leggat’s design academy in Johannesburg. The same year Albertus began working as a graphic designer. In 1983 he worked  in a “C.M.T.” (cut, make, trim) garment factory in Johannesburg. He opened a short-lived boutique. In 1984 Albertus worked as an assistant designer to South African designer Marianne Fassler. 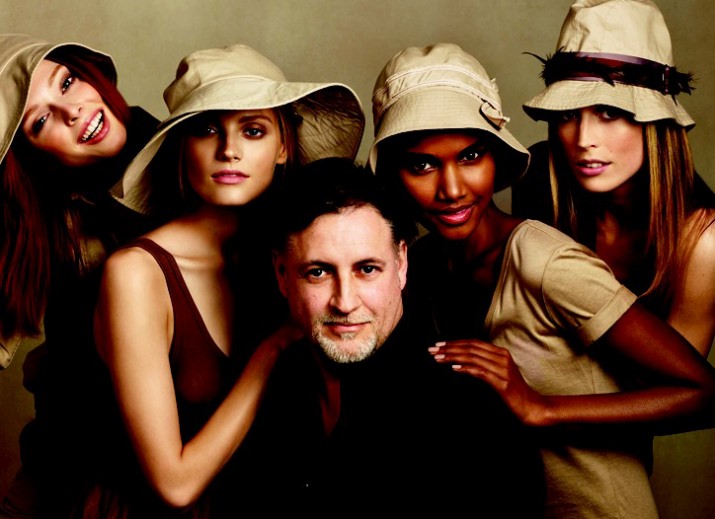 He moved to New York in 1987. Albertus trained as a milliner under Janine Galimard, who worked for Balenciaga in Paris in the 50’s and 60’s. In 1992 he started a glove line with wife Shaneen Huxham. Bergdorf Goodman soon places a $10,000 order for the hand-embellished gloves.

Due to the seasonal nature of the product, Swanepoel gets into hatmaking. Nights, he studies millinery at F.I.T. under Janine Galimard, former in-house hatmaker for Balenciaga. Days, he apprentices with New York hatmaker Lola Ehrlich. Weekends, he hand-weaves fabric for a company in Connecticut. 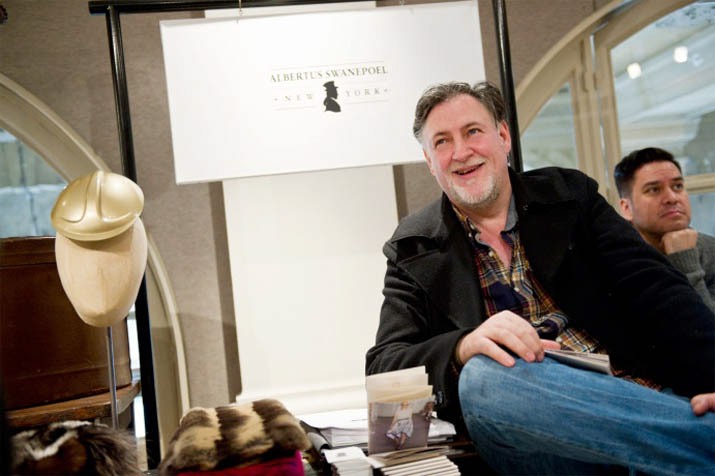 He assisted hat designer Lola for several years on a freelance basis and also Lynne Mackey, a theatrical milliner where he constructed hats for Broadway shows such as Kiss me Kate and Mamma Mia as well as several operas and ballets.  In 2000, he briefly acted as a Style Editor for Martha Stewart Wedding Magazine.

His big break came in 2004, when the Manhattan designer Jane Mayle introduced him to Samira Nasr, a stylist for the hot, young label Proenza Schouler. His head pieces began appearing on the Proenza Schouler runway, and, in short order, his namesake label was being sold at Barneys. 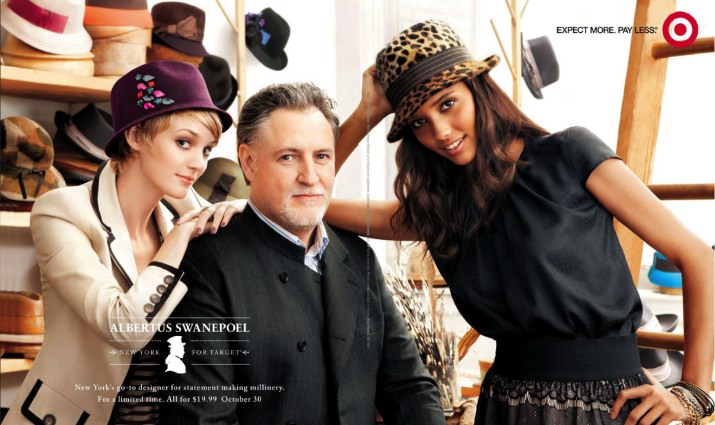 2006 Albertus established his namesake label in a tiny studio in the fur center of New York’s garment district; Barneys New York carried his line. He began collaborating with top designers on hats for their runway shows. He has since been a constant in the fashion world as the milliner  to seek  out during New York Fashion Week. 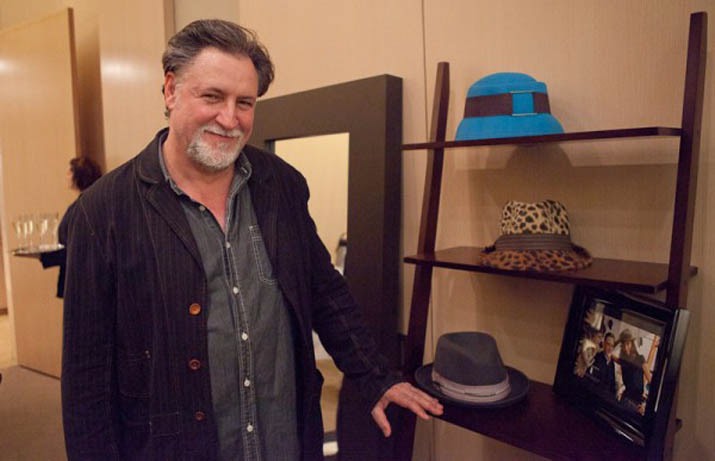 In 2008 Albertus was a runner up for the CFDA Vogue Fashion Fund Award. In 2009 – nominated for a Swarovski CFDA Accessory Award. In 2010 he was nominated for best accessory design at the WGSN Global Fashion Awards.  He joined eleven other CFDA members in jazzing up the little black dress worn by Mattel’s new Barbie Basics doll. The same year he was named Accessories Designer of the Year at the Africa Fashion Awards.

In October 2011, his range of 14 hats for mega retailer Target arrived  in stores nationwide. March 2012 he joined nine other past CFDA/Vogue Fashion Fund finalists in showing their collections at Paris’s Galerie Joyce during fashion week. 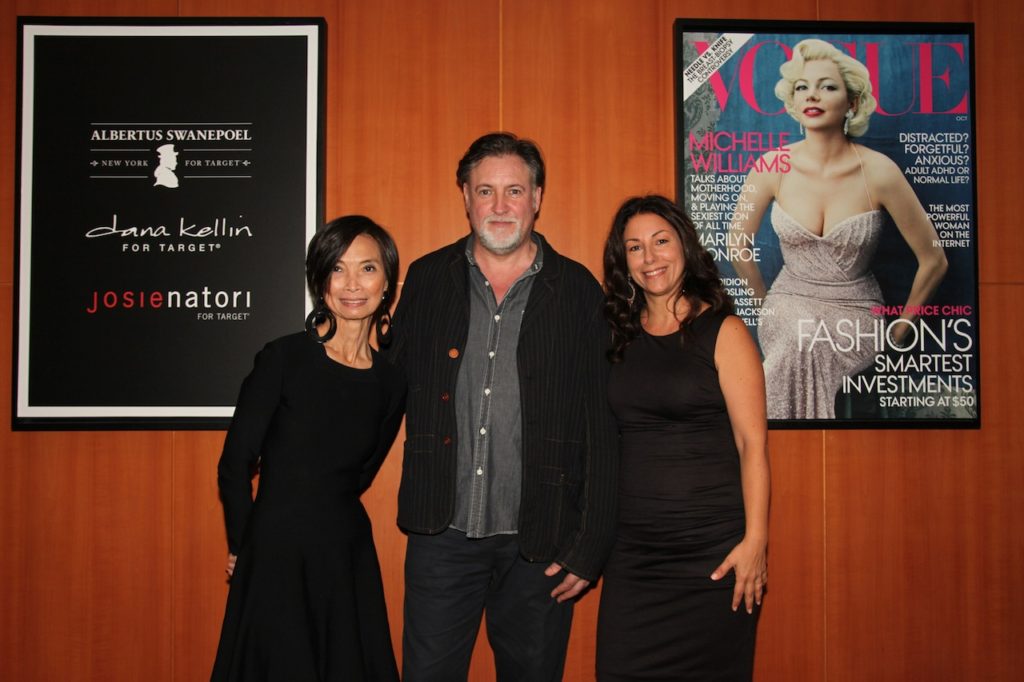 Among his colorful buckets and trilbies and porkpies and leghorns, the snappy fedora is the most popular feather in Swanepoel’s cap. Each season, fans await his latest take on the boy-girl classic, every new version shaped by hand on vintage blocks from the 1940s; antique ribbons, feathers, and costume baubles add that extra dollop of je ne sais quoi.  “There’s definitely a resurgence in hats, Swanepoel said in 2011. “It’s an item to update a wardrobe and it gives you instant character”. 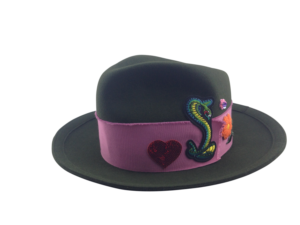