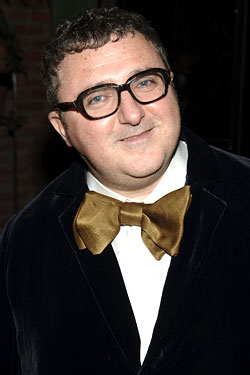 Alber Elbaz is the creative director of Lanvin, one of the world’s most revered fashion houses. Since his take-over in 2001, Elbaz has made the label one of the most covetable in the industry, fusing its rich heritage with his own unique twist.

Alberto Elbaz was born in June 12th 1961 Casablanca, Morocco to a hairdresser father and a housewife who is an aspiring painter, both Sephardic Jews. The family of six moves to Holon, Israel just south of Tel Aviv, when Albert is eight months old. Ten-year-old Albert displays a natural talent for improv in an acting class at school.

1974 Albert’s father dies. His mother works as a cashier to support her children. She encourages her youngest child’s fashion sketching, teaching him how to draw legs on a model (he had been drawing long dresses to get around this detail). In 1979 he begins his mandatory three-year service in the Israeli army. Due to asthma, is put in charge of entertainment. After serving in the Israeli Defense Forces, he studied at the Shenkar College of Engineering and Design in Ramat Gan.

1984 With an $800 gift from his mother, arrives in New York, where American pronunciation of his first name prompts him to drop the T. “In Judaism, if you change your name, you change your destiny,” he will later note. Takes a job designing what he will later call “horrible mother-of-the-bride dresses” in the Garment District. “I think, For this I leave my home and my family?” 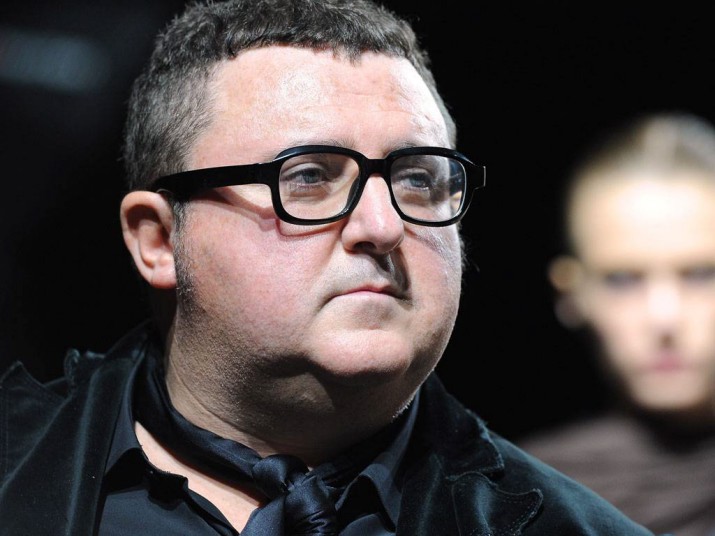 In 1989 a meeting with Gucci’s Dawn Mello leads to an introduction to his dream boss, Geoffrey Beene. The classic couturier becomes his mentor. He says he was influenced by Beene’s rejection of trends and masterful drape and fit.  “It was a very beautiful relationship over almost seven years,” Elbaz will later recall. “Our best dialogue was not in words. He had shapes and colors. I added a ribbon; he added a button; he changed it. There was no talking.”

1996 Ralph Toledano, head of ailing Parisian label Guy Laroche, taps Elbaz, a virtual unknown, to revive the brand. In addition to Elbaz’s portfolio of ultrafeminine sketches, Toledano is much taken with his interview outfit: red jacket and red shoes sans socks. “The guy knew how to capture your attention,” Toledano later tells Time.

1997 The fall collection is Elbaz’s first for Laroche. But, by the time of Elbaz’s arrival, the Laroche enterprise had become overly conservative and lackluster. Even so, Elbaz was able to update the collection and somewhat enhance the image of the firm, whose activities at the time included the management of 15 boutiques and 70 license agreements worldwide.

However, he departed within a year, 1998, and began designing ready-to-wear women’s clothing for Yves Saint Laurent, because Saint-Laurent himself wished to withdraw from his hands-on design of prêt-à-porter (ready-to-wear). “For me,” he says, “this isn’t a career move, but the realization of my life’s dream.” In the position, Elbaz’s talent was recognized, and he was groomed to become the head designer of the house when Saint Laurent retired.

This was not to happen, because the Gucci Group purchased YSL Rive Gauche, the ready-to-wear label, and, hence, Gucci design director Tom Ford dismissed Elbaz after three collections. “I felt like the son-in-law in that house,” Elbaz will later tell Vogue. “I got into a family, a royal family, and I had to perform. Everything I did I questioned myself: Is it too Saint Laurent or not enough Saint Laurent? That is wrong in design. It should be fluid.” 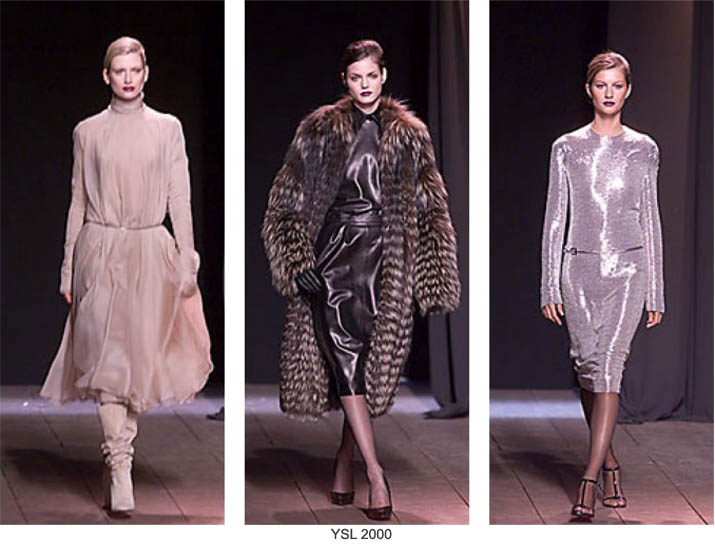 Debuts a new collection in October 2001 for Krizia, Krizia Top, using only black models on the runway. Though reviews are positive, Elbaz soon parts ways with the label.

In 2001 he  takes a sabbatical, traveling through India and the Far East, sketching all the while—some 2,000 drawings, all told. Considers entering into medicine, but ultimately decides to continue in fashion. “My biggest dream was to be a doctor, giving out Tylenol,” he will later tell Vanity Fair. “But if I am making women feel good, it is almost the same thing!”

Destiny calls, and in October he is named creative director of the venerable house of Lanvin. The world’s longest-running fashion house, which was founded in 1889 by Jeanne Lanvin, was barely breathing when Elbaz arrived. Almost overnight, the designer’s whisper-light frocks and beribboned accessories became favorites of both critics and consumers.

The fall of 2002  Lanvin collection bows to much applause. A rare coupling of mystery and wearability, the clothes reflect the sensibility of their creator, who says he works from intuition and emotion and is a dogged ignorer of trends. “I want to know where is that committee in Switzerland that sits to decide what is in and what is out,” he says.  “I don’t listen to the formula makers. I think maybe I have a selective hearing disorder.” In May, Vogue columnist André Leon Talley heralds the new talent at Paris’s oldest atelier. “The debut of Alber Elbaz at that house was an elegant reality check—we could practically hear a crack of thunder over the Petit Palais,” he writes. 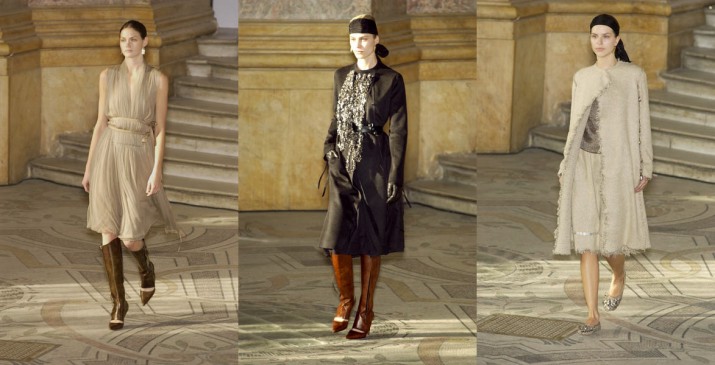 In 2005 he wins the Council of Fashion Designers of America’s International Designer Award.  In May 2005 Elbaz was honored by his alma mater, Shenkar College of Engineering and Design. His LBDs are featured at the biannual European Design Show at London’s Design Museum. In September he is included in a Vogue story featuring seven of fashion’s most innovative designers. 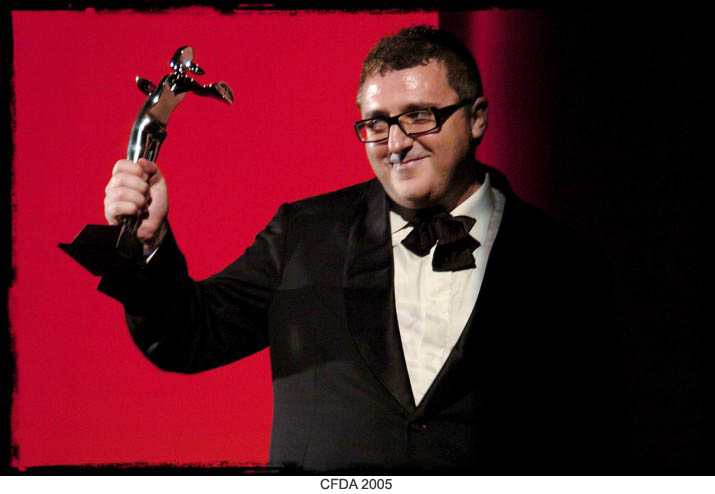 In 2006, he introduced new packaging for the fashion house, featuring a light forget-me-not blue color, a favorite shade which Lanvin purportedly had seen in a Fra Angelico fresco. Packaging included shopping bags imprinted with Paul Iribe’s 1907 illustration of Lanvin and her daughter Marguerite, and shoe boxes designed like antique library files, tied with black ribbons to emphasize the precious nature of the product. 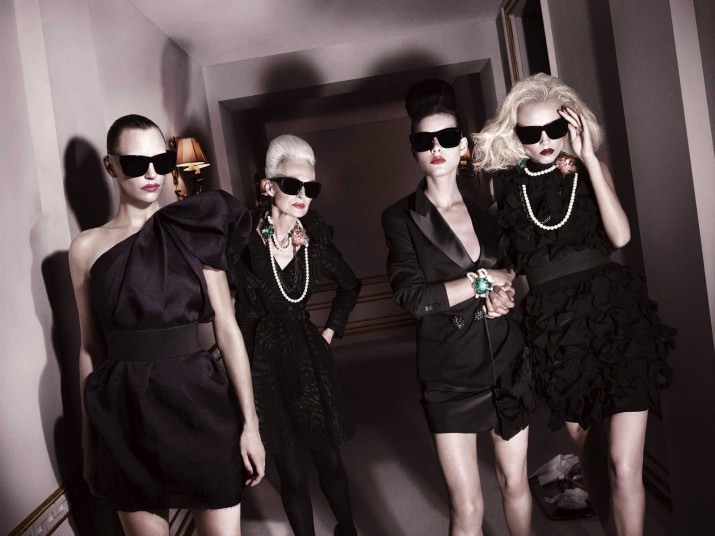 In March 2009  Elbaz is profiled in The New Yorker and in November Paris mayor Bertrand Delanoë awards him the Grande Médaille de Vermeil de la Ville de Paris for his impact on the city. “It’s a dream city, and it’s a city of dreamers,” Elbaz says. December 2009  To commemorate Lanvin’s 120th anniversary, creates two stamp designs for France’s postal service. 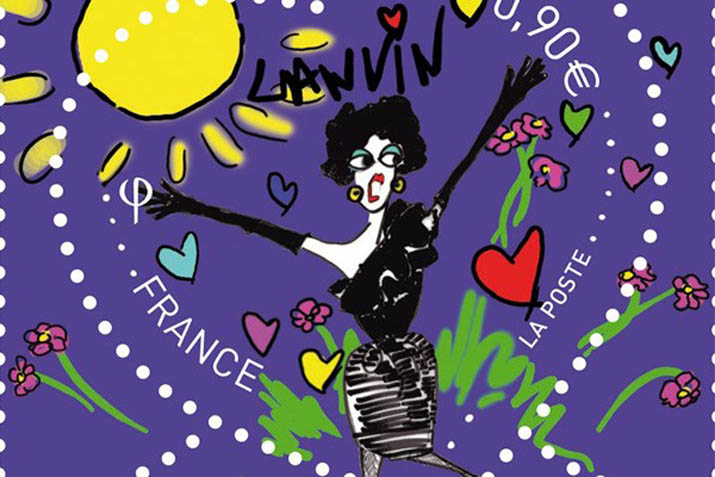 In 2010 The Accessories Council honors Elbaz with its Designer of the Year award. He designs six limited-edition porcelain figurines, all dressed in his signature looks for Lanvin. In November his garments are shown in “An Ideal History of Contemporary Fashion, Vol. 2” at Les Arts Décoratifs in Paris. He designed one of the most covetable high street collaborations in fashion history – the H&M for Lanvin line. Fans queued through the night for a chance to buy pieces from the range. Tells WWD, “It’s like if I was living in a palace and opened some doors and said, ‘Have tea with me, taste the food.” 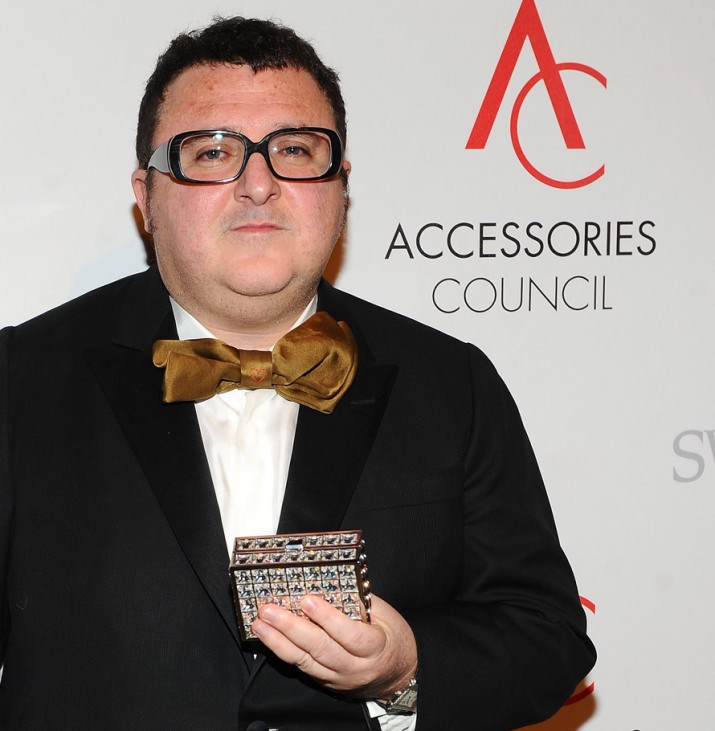 In 2012, Elbaz published a book of 3,000 photographs documenting the work of Lanvin. 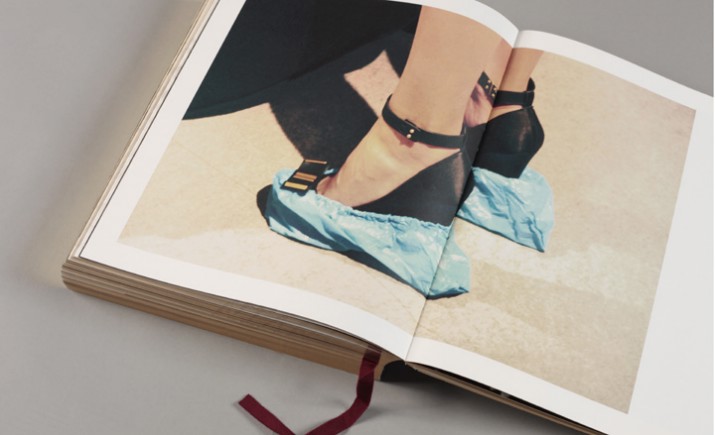 Alber Elbaz loves women. “If you change a woman’s look, you change her persona,” he once told The Guardian. “I am here to make her look and feel good about herself.” And women all over the world are addicted to the way his taffeta trenches and one-shouldered gowns make them feel. “Alber’s clothes are like crack,” Simon Doonan, the creative director of Barneys New York, said in 2009. 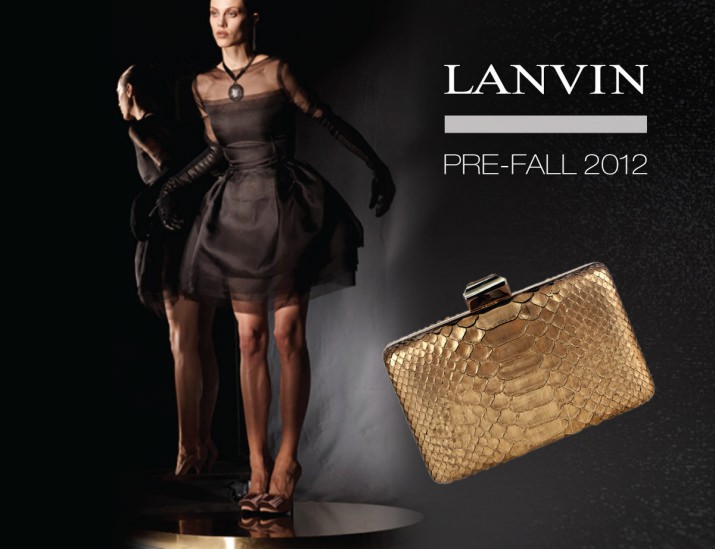 Alber Elbaz is a rare bird in a business oft dominated by ego and drama. Humble, funny and all about the work, the beloved Lanvin designer eschews the high-profile social life of his star clients. Likening himself to “a concierge in a beautiful hotel,” he feels it’s best not to hobnob with the guests: “It’s good not to know all these people, not to go to all these parties, to just be in the shadows a little bit and be able to dream. That way I can keep the fantasy of who they are and what they are looking for.” 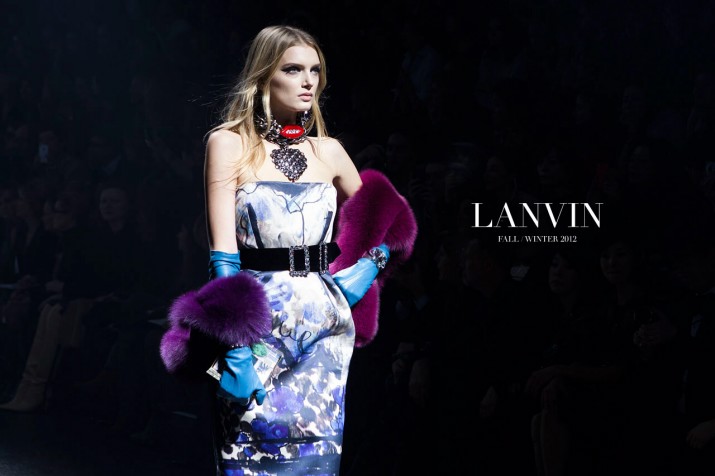 What’s most impressive is how Elbaz started slowly and quietly, without any bells or whistles. The results are dresses, jewelry, shoes—and even his signature ribbons—that won’t ever go out of style. We will all still be wearing Lanvin in 10 years. 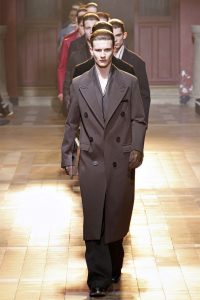