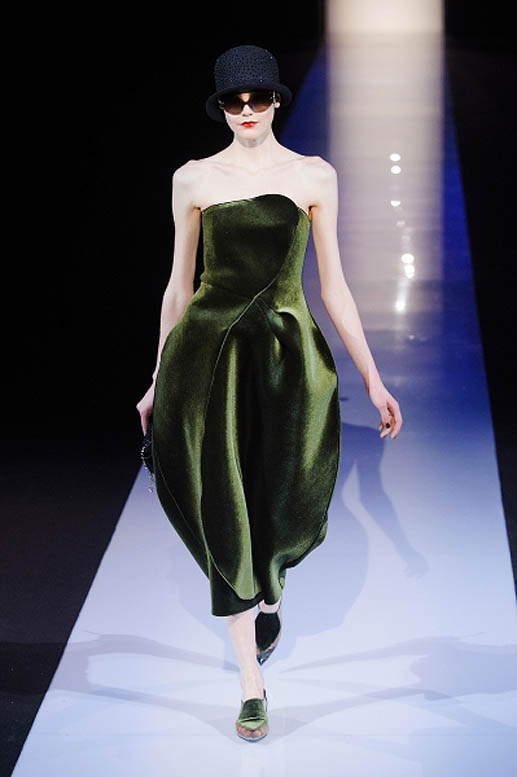 VELVET CRUSH~ Velvet was introduced in Baghdad and it was traditionally worn by nobility. King Richard the II of England insisted in his will that when buried he should be clothed in velvet. This soft fabric was an expression of power, wealth, and luxury a long time ago. It is making a rich come back in the fall fashion scene. 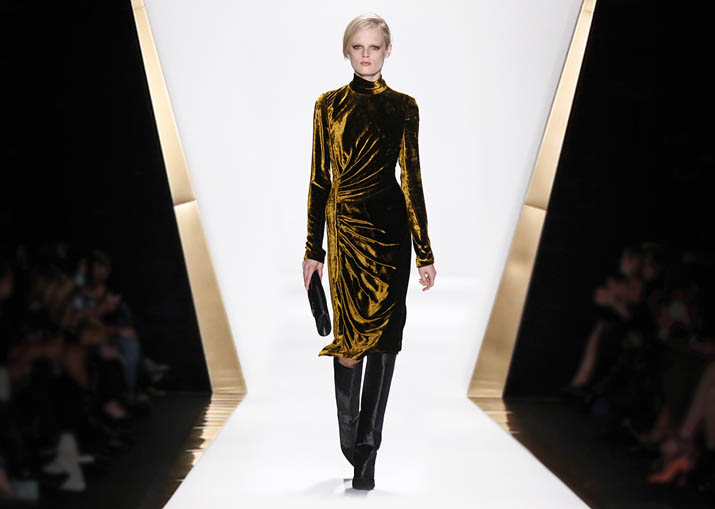 The runway trimmed in gold and the stark white floors made quite the stage for J. Mendels models. Mendel is known for luxury and fur. His Fall collection had rich colors, fantastic draped dresses and great seaming details. Before the show Mendel told Vogue that “Gerhard Richter had been an influence on the color and fabric choices in his collection.” 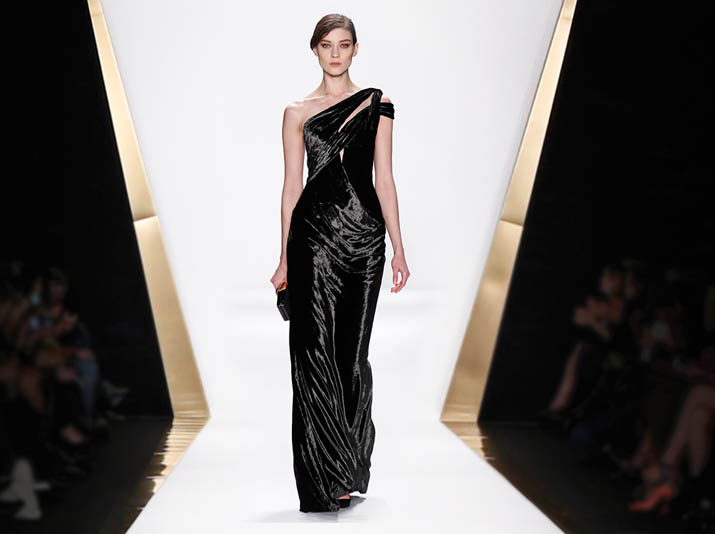 Ferretti opened the show with black and white pieces packing stunning details but colors soon began to pour down the runway. Backstage before the show Alberta described her collection as “sensuality,” “very feminine” and ” a little fragile”. The weight of velvet fabric drapes and sways on the models of the runway unlike any other fabric.

Velvet soaks up the color of dyes brilliantly and the light reflects off it so dramatically. Alberta Ferretti took full advantage of the rich colors in her ready to wear collection fall 2013. Floor length gowns, cocktail dresses, flowy blouses, knee length skirts, and Tuxedo jackets with very feminine touches demanded ones attention. 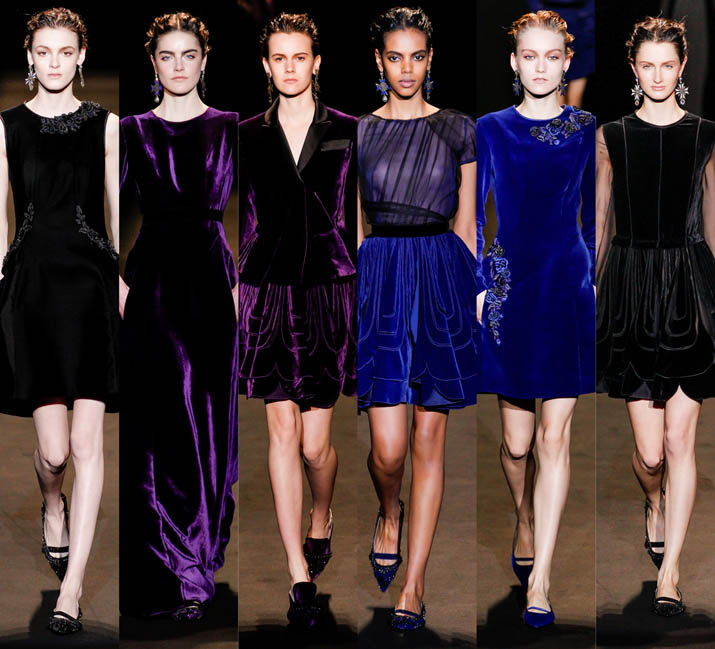 From royalty days long ago to the divas of the 1950’s to a touch of velvet in the 1980’s it is back again with a new brilliance and glamour. Try out your favorite velvet crush with a touch mixed into your everyday wear or make the world crush in a full velvet gown. No matter what your choice of velvet may be you will be luxurious and in style charming the world.