Sarah Jessica Parker famously made Manolo Blahnik a household name in Sex and the City. However, long before the erstwhile Carrie Bradshaw and her girlfriends made the legendary shoe designer a figure of mass consumption, “Manolo’s” were already an essential item in the celebrity world and amongst the fashion elite. But today, as more and more people demand their goods, how can the Manolos, 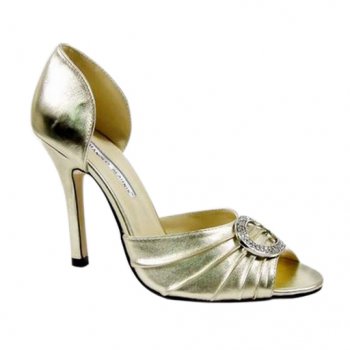 Jimmy Choos and Vivienne Westwoods of the world still get away with charging women thousands of pounds for their shoes?

The simple explanation – women love shoes – may seem an overused stereotype but it is, sadly or not, very true.

Born to a Czech father and a Spanish mother and born and raised in the Canary Islands (Spain), Blahnik graduated from the University of Geneva in 1965 and studied art in Paris. He moved to London in 1968 to work at fashion boutique “Zapata” and write for Vogue Italia. After showing his portfolio of fashions and set designs to Diana Vreeland, she told him that he should design only footwear. In 1972, Ossie Clark invited him to create shoes for his runway show.

With a loan of £2,000, Blahnik bought Zapata from its owner and opened his own boutique. Manolo Blahnik’s flagship store remains to date in Old Church Street, Chelsea London.

Blahnik was awarded the honorary title of Commander of the British Empire in 2007 for his service to the British fashion industry.Take one of the leading shoe trends for Autumn 2006: the platform. Chunky heels are once again all the rage, but they owe more to 1980s decadence than to the Swinging Sixties. The recent return to the skinny jeans and leggings of the Bananarama age has prompted a comeback for the heavy platform and the stacked heel.

But don’t get carried away with images of Olivia Newton John trying desperately to extinguish her cigarette with her killer heel at the end of Grease – stacked platforms may also be worn with a bell-shaped dress or skirt, so there’s hope yet.

Also on the footwear catwalk this Fall are ankle length “booties”. Once again hailing back to the 1980s, booties vary slightly in length, from below the ankle to just above the ankle. Often available with side-zips and buttons, the bootie will also be worn with leggings this season, as well as skirts, jeans or slim trousers.

Animal print footwear has also been gracing the catwalks and fashion magazines with its presence this season. Bring out the Cruella De Vil in you (animal-friendly, of course) by donning stylish zebra, leopard or Dalmatian-print platforms, worn with black tights and a pencil skirt.

Top fashion gurus have even okayed the right to mix animal patterns together by assembling them with plainer accessories, so fashion slaves may feel free to go completely wild.

The prevalence of patent leather once again harks back to that vampish, 1980s feel; worn with a belted sweater and a skirt, patent leather boots can bestow a classy day-to-evening appearance, and if layered with a polo neck, will provide a more mod-ish look. Last but not least, the Autumn season would amount to nothing if it did not include the high boot.

Though booties may currently be stealing the limelight, high boots will always provide a sophisticated air that few other items of footwear are capable of; wear with a patterned coat, or a mini skirt and a cropped jacket to achieve maximum effect.

Clearly, this Autumn’s fashionable footwear is both trendy and functional, whether worn with the season favourite (leggings) or not. But rest assured, you won’t need Carrie’s contacts or Charlotte’s money to obtain them: most high street retailers, like Schuh, sell similar models for much lower prices, so that anyone can afford these essential Autumn fashion items.