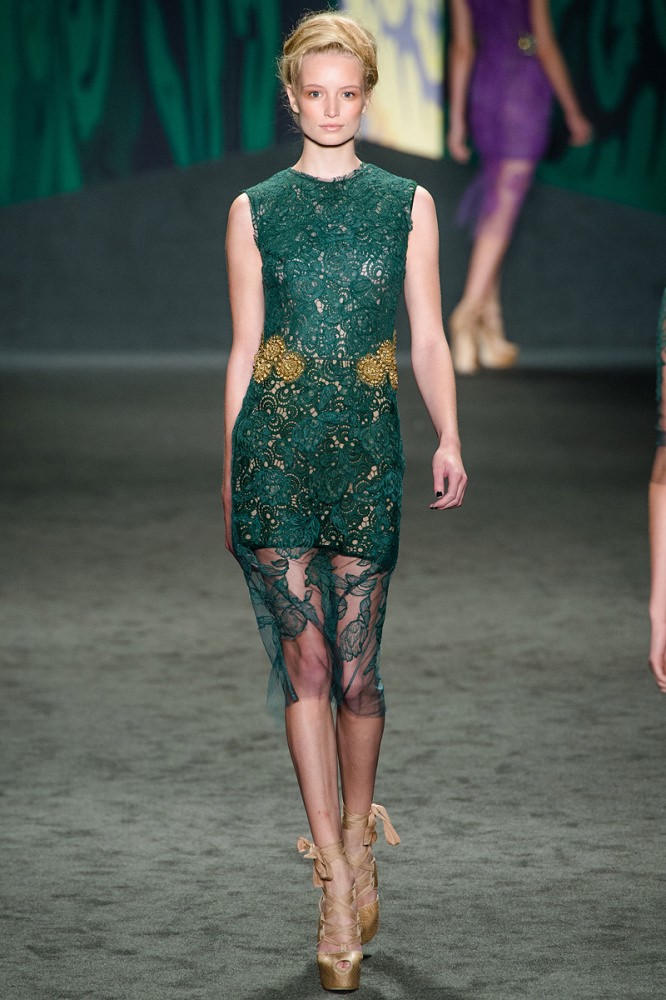 After her own unsuccessful search for the perfect wedding dress, American fashion designer Vera Wang created a business plan, started her own company, and filled a void in the bridal gown industry. Perhaps the best known name in bridal fashion, her contemporary yet often simple designs have adorned many brides.

Vera Ellen Wang was born in New York City, New York, to Cheng Ching Wang and Florence Wang on June 27, 1949. Her father, who spoke fluent English, was the son of a Chinese general. Her mother was the daughter of a Chinese politician, alleged to be a warlord. The couple had fled China after World War II, eventually marrying and settling in New York City. The Wangs also had a son, Kenneth, who was born 18 months after Vera.

Although Wang’s father was the head of a multi-million dollar company which allowed his family an affluent lifestyle, the children were not given a free ride. Wang’s parents instilled basic goals and values in their children. They encouraged them to pursue academic and athletic excellence, and to have integrity in what they did.

Wang’s mother was considered a beautiful woman with excellent taste. She taught her daughter about style, and they enjoyed going to Paris fashion shows together. As noted on the official Vera Wang website, "Wang’s fashion sense … came early in life." 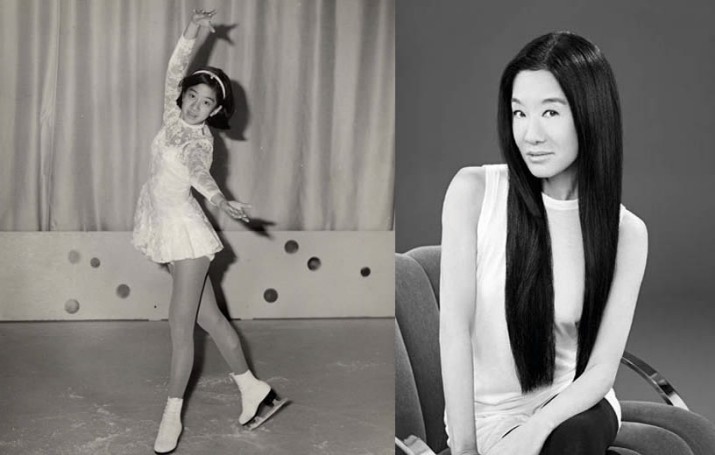 In addition to clothes and ballet lessons, Wang loved ice skating. After receiving a pair of ice skates one Christmas, she began ice skating lessons at the age of eight. Always the competitor, she won her first regional championship at 12. Wang was usually on the ice by six o’clock in the morning so she could practice before school. Her day usually ended with more practice. As Wang shared in the A & E Biography video "Vera Wang: Attention to Detail," "ice skating was the first love of my life."

She graduated from The Chapin School and enrolled at the Sarah Lawrence College. However, balancing school and ice skating became too much for her. There was not enough time to study and train, and this led to the greatest disappointment of her life; she chose to give up ice skating. Wang recalled that after making this decision, she became depressed and moved to Paris. It was there that she seriously considered pursuing a career in fashion. Wang returned to school and earned a degree in art history in 1971, but a career in fashion was her dream.

Wang’s first job in fashion was at Vogue as an assistant to fashion director Polly Mellen. Wang took the opportunity to study and learn all she could about the fashion industry. Her hard work quickly paid off; Wang was named fashion editor at Vogue at the age of 23. She primarily served as "sittings" editor, the person in charge of the editorial fashion spreads that made up the heart of the magazine. 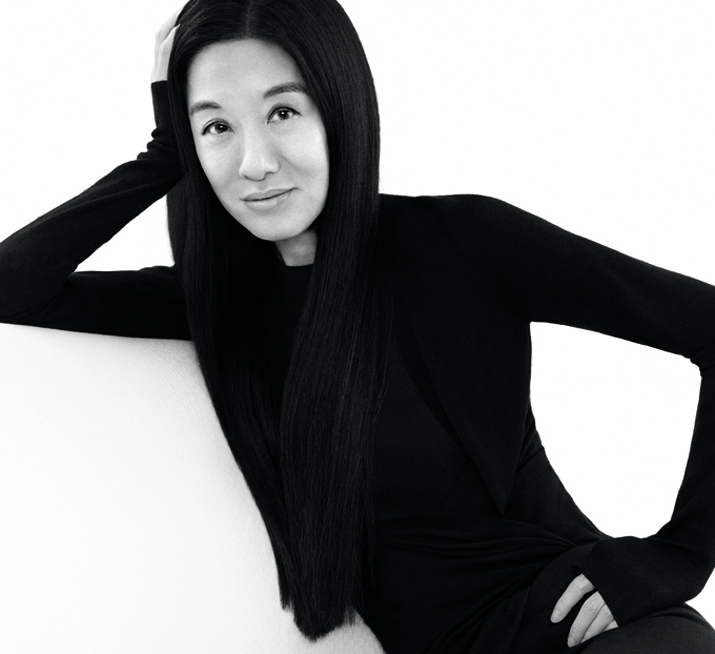 The work and the lifestyle were intense. Wang often worked seven days a week, and had little time for romance. She did enjoy the party scene, and went to Studio 54, a New York City hotspot in the late 1970s. However, Wang’s work was not focused on design, and by the mid-1980s, she was ready for a change. A tired Wang took a leave of absence from Vogue and went to Paris for two years. Deciding she wanted to do something different, Wang left Vogue after 16 years, and in 1987, went to work for Ralph Lauren, where she was a designer for accessories.

With a less frenzied pace at Ralph Lauren, Wang had more time for a personal life. She had met her future husband, businessman Arthur Becker, in 1980, at a tennis match. Wang shared with People Weekly that soon after they met, Becker started talking marriage, but she wanted to focus on her career. The pair dated off and on in the 1980s and were good friends. However, in the late 1980s, romance blossomed and the couple became engaged. Wang began to plan their wedding. As Wang shared with A & E Biography, she went on a search for a perfect wedding dress and found a "sameness to everything." She told Jane Sharp of Biography Magazine, "I wanted something more elegant and subdued, but there wasn’t anything. I realized the desire to fill that niche."

Forbes writer Lisa Coleman noted that Wang spent three months "looking for the perfect dress at several department stores and bridal boutiques" but felt the dresses were geared for the younger bride. Coleman continued that eventually, "Wang gave up and hired a dressmaker to create her own gown. The gown cost $10,000." Wang’s experience became the inspiration for a new business venture.

However, the business idea had to wait. Wang and Becker married in June of 1989 and, according to A&E Biography, the 40-year-old bride began infertility treatments, as the couple wanted to have a baby right away. But soon, the infertility treatments took their toll, and Wang decided to quit her job at Ralph Lauren. The couple eventually adopted two daughters, Cecilia and Josephine, and set up their home in New York City. 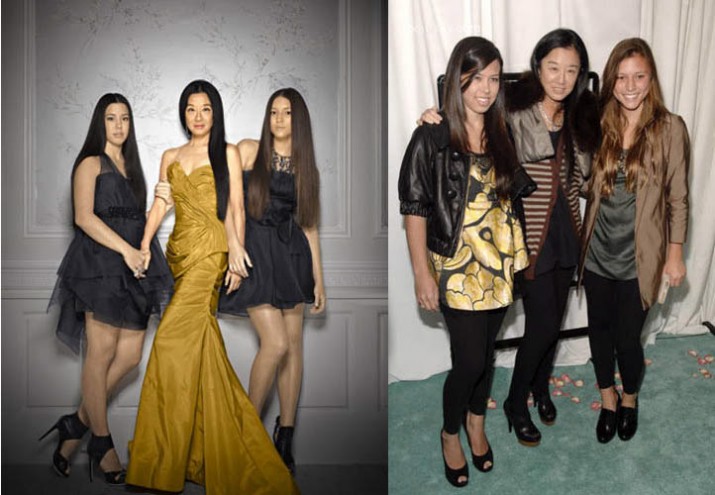 In 1990, Wang’s father thought the time was right for her to launch her own business and offered financial backing. She began her bridal gown business and opened her shop in the upscale Carlyle Hotel on Madison Avenue in New York City. According to the official Vera Wang website, "The Vera Wang label quickly took off, earning praise from the fashion elite for its luxurious fabrics, exquisite detailing and modern interpretation of classic lines." A & E Biography stated that Wang successfully used colors and innovative ideas in her dresses, adding that she knew how to "attract attention yet still be elegant at the same time." And Business Leader Profiles for Students noted that "Wang introduced her trademark use of ‘illusion netting’ in her gowns, a fabric that gave the illusion of bare skin." However, all this did not translate to immediate profits for her business. 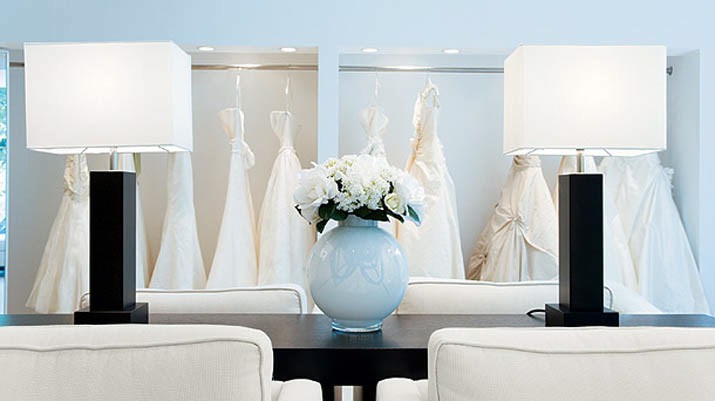 While brides loved Wang’s dresses, the fashion press was not so kind. As noted by A & E Biography, the fashion press saw her as an insider to the fashion industry who was getting special treatment. Others questioned her family’s financial support to the business. Wang retorted, "Nothing replaces hard work."

In the beginning, Wang’s success was achieved because of her service to the bride. It did not end with the dress. Wang told Coleman of Forbes that she wanted to help the women "that are running around looking for special dresses, looking to have everything taken care of because they have busy lives." Wang’s employees discuss many aspects of the wedding with the bride, including jewelry, shoes, hairstyles, and bridesmaids’ dresses, just to name a few. Wang concluded, "I’m creating an image, a brand and a name." 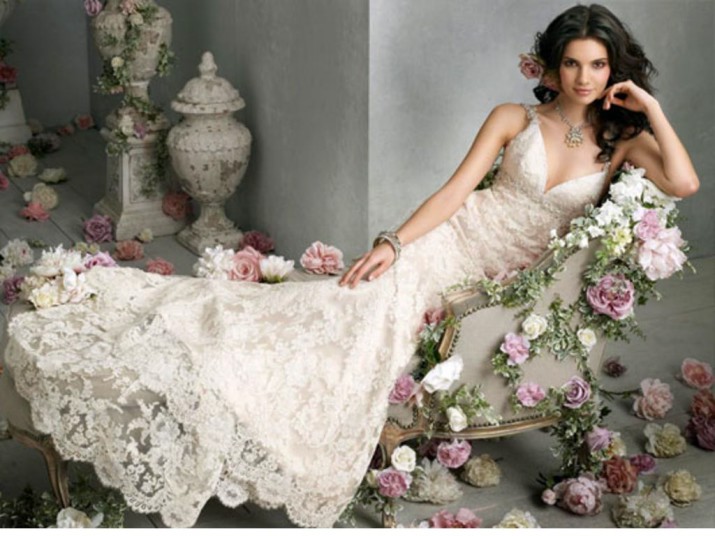 Wang’s business strategy was to succeed in the bridal gown industry first, then to expand into other areas. She made a splash during the 1992 and 1994 Winter Olympics when American figure skater Nancy Kerrigan wore her costumes. Wang later told Vogue, "I felt as though my life had come full circle; I didn’t make it to that level of competition, but my clothes did." In 1993, she introduced a line of evening wear. 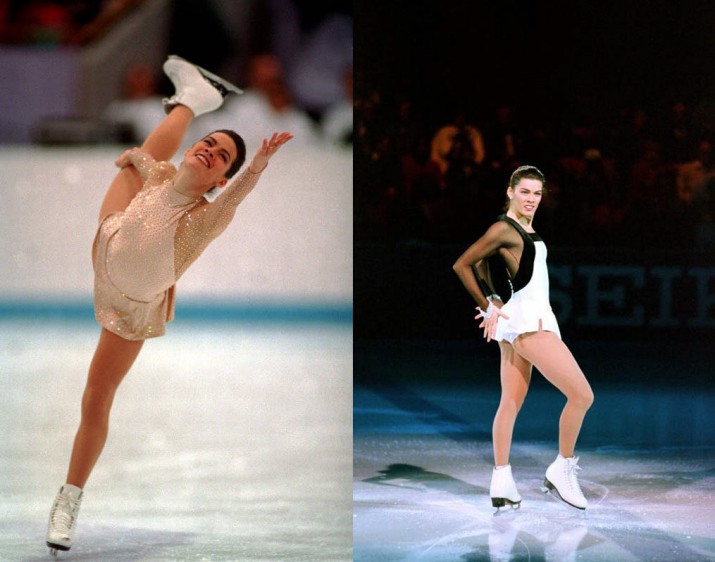 Wang’s vision has expanded beyond bridal gowns. Her first book, Vera Wang on Weddings, was released in October of 2001. Her first signature fragrance launched in spring 2002, under agreement with Unilever Cosmetics International. She launched the partnering men’s fragrance in 2004. Wang opened a second store near her bridal shop that focused on her bridesmaid dress collection. Also in 2002 was the launch of Wang’s collection of china and stemware for Wedgwood. 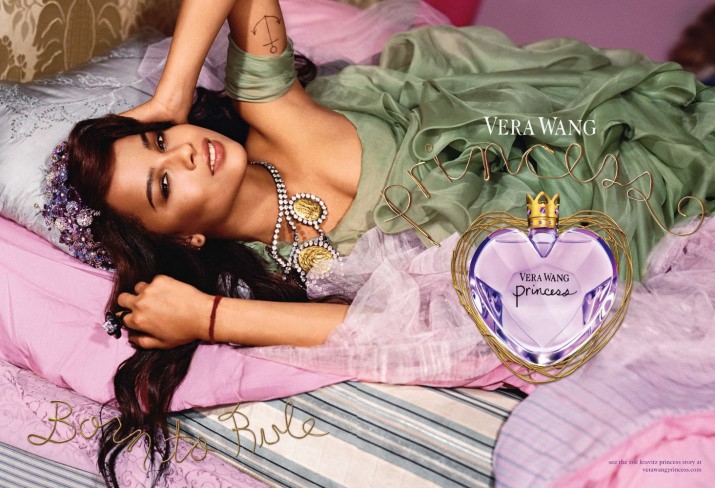 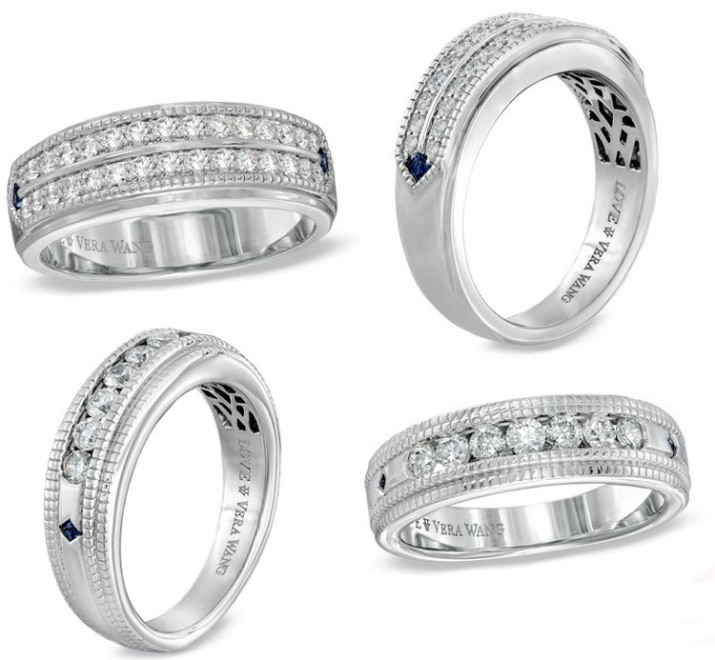 A & E Biography noted that Wang "strives to do everything well, which is demanding and adds more pressure." She has admitted that she has to work hard to balance her business and family time, but she is excited about what the future will bring, as she challenges herself every day.

Arguably the most prominent designer of bridal wear in America, Wang has been honored with a number of awards for her achievements, including the 1993 Chinese American Planning Council’s Honoree of the Year Award and the 1994 Girl Scout Council’s Woman of Distinction Award. Later that year, she was elected as a member of the prestigious Council of Fashion Designers of America (CFDA). In 2005, the CFDA selected Wang as the Womenswear Designer of the Year. On 27 May 2006, she was given the Andre Leon Talley Lifetime Achievement Award by the Savannah College of Art Design. In 2009, she was inducted into the US Figure Skating Hall of Fame in recognition of her designs for sportstars. Twenty years after opening her first bridal boutique, Wang was awarded the Leadership in the Arts Award by the Harvard-Radcliffe Asian American Association. She accepted the award on April 17, 2010 at Identities, the Harvard association’s annual charity fashion show. 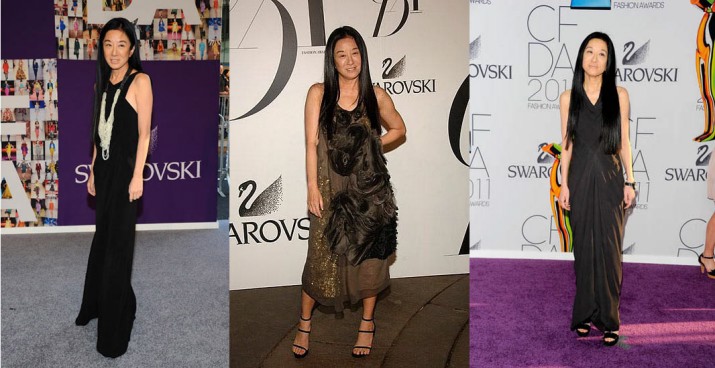 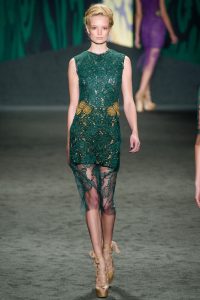