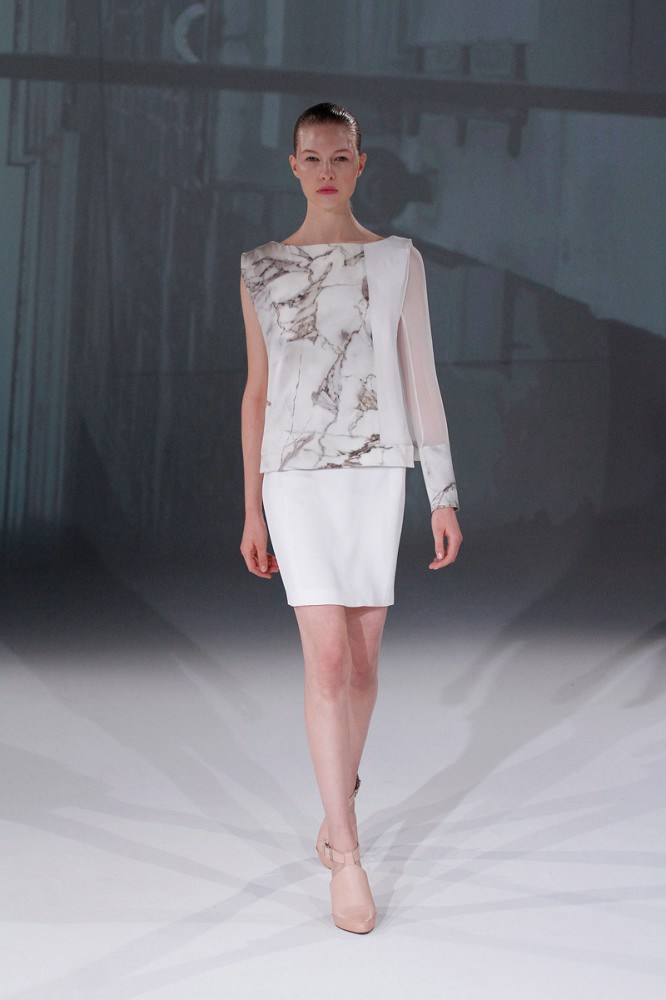 Hussein Chalayan (Member of the Most Excellent Order of the British Empire) ( given name Hüseyin  Çağlayan) is a British/Turkish Cypriot fashion designer. Chalayan is an internationally regarded fashion designer who is renowned for his innovative use of materials, meticulous pattern cutting and progressive attitude to new technology.

Hussein Chalayan was born in Nicosia in 1970 and graduated from the Türk Maarif Koleji of his hometown. He moved with his family to England in 1978, obtaining British citizenship. He first studied for a National Diploma in fashion and clothing at Warwickshire School of Arts, and proceeded to study Fashion Design at Central Saint Martins College of Art and Design in London. His graduate collection in 1993, titled "The Tangent Flows", contained clothes which he had buried in his back yard and dug up again. An instant sensation, the whole collection was purchased and displayed in luxury designer store Browns in London.

In 1995, Chalayan beat 100 competitors to clinch a top London fashion design award. In the contest, organised by the company "Absolut", Chalayan, aged 25, won financial backing to the tune of £28,000 to develop creations for the British capital’s Fashion Week in October 1995. Also in 1995 Chalayan worked with avant-garde star Björk. The jacket that Björk wears on the iconic cover of her album Post was designed by Hussein Chalayan. Björk’s Post tour also featured several creations by Chalayan and Björk modeled for Chalayan in October 1995 for London Fashion week. 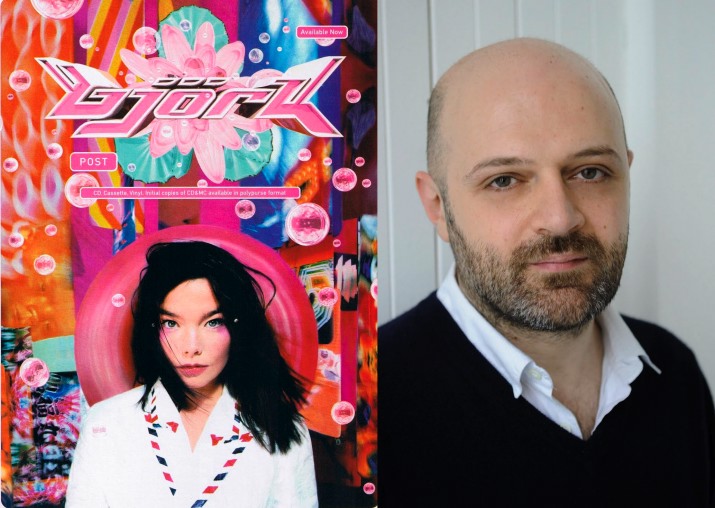 In the fall of 1998, while still designing his signature line, he was appointed as a design consultant for New York knitwear label TSE. His collaboration with them lasted till 2001 when the company decided not to renew his contract.

Chalayan has always struggled with sponsorship and funding, often receiving it from various other companies and his own country. TSE’s decision not to renew his contract caused further financial difficulties and he was forced to go into voluntary liquidation. Subsequently, he restructured his company and staged comeback collection in 2001 without a catwalk presentation, and designed for high-street label Marks and Spencer to make ends meet. Italian clothing manufacturer Gibo also helped the designer as did British jeweller Asprey, who appointed him as their fashion director the same year. 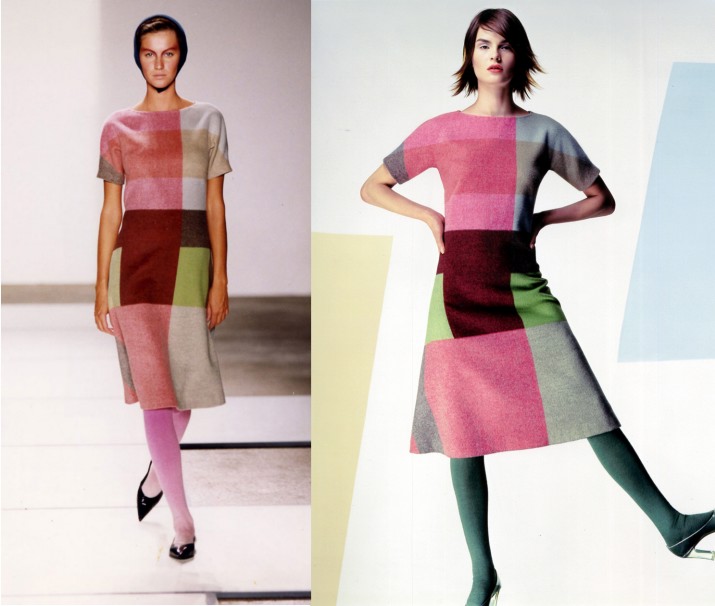 He fast built a reputation for being one of the industry’s intellectuals – inspired by architecture, art, politics, nature and sculpture – and his designs are some of fashion’s most experimental: with frock coats that build themselves (autumn/winter 2007-08); coffee tables that morph into skirts (autumn/winter 2000-01); dresses with wings to mimic those of aeroplanes (spring/summer 2000); and pieces that can be folded up into an envelope (spring/summer 2000-01). "I was interested in investigating the idea of creating a cyclical scenario, where people react to clothes and the end result. I like the idea of it being interactive,’ he told the Guardian of his origami envelope dress in 2001. 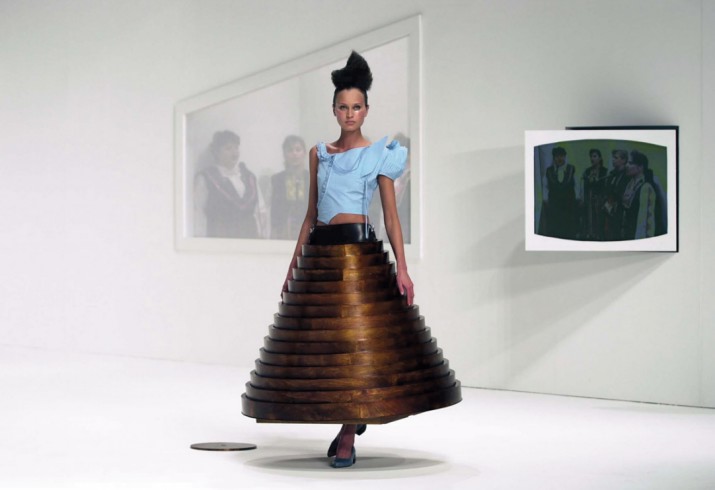 His achievements have not gone unnoticed. He was crowned ‘British Designer of the Year’ in 1999 and 2000. Things continued to improve for the designer. In 2002, Chalayan expanded his design portfolio with his menswear line, the exclusive rights of which were sold to internet retailer Yoox.com in 2007. After going through financial woes including having to move his studio three times and working from home with his team in-between, he announced plans to relocate his fashion shows to Paris. In 2004, he and added another diffusion line ‘Chalayan’ to his expanding list of design duties. In 2003, Hussein Chalayan portrayed his wabi-sabi inspiration through amorphous layered drapings.

Collaborations do not stop with art and fashion for the designer, who is also a philanthropist. In 2007, he donated a showpiece to the Fashion is Art exhibition in aid of radio station Capital 95.8’s Help a London Child charity which was sold at an exclusive auction in London. In early 2008, he designed a series of laser LED dresses in collaboration with luxury label Swarovski, showcased in Tokyo. 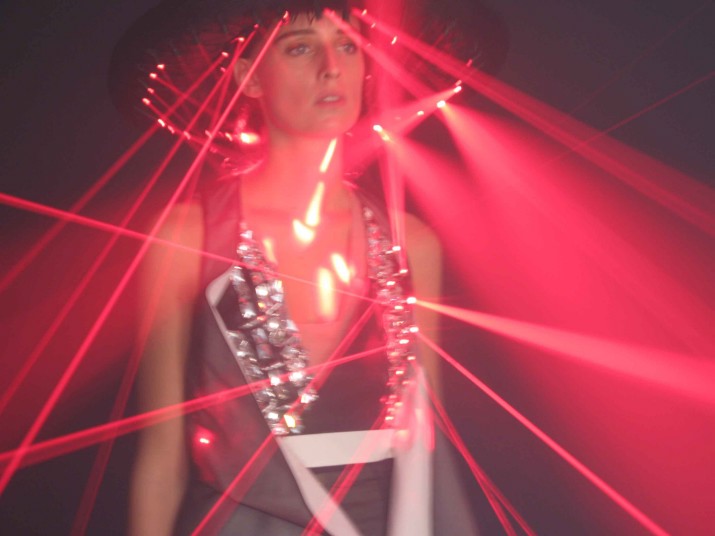 28 February 2008, Chalayan was appointed as the creative director for German sportswear label Puma. Puma have also announced that they have purchased a majority stake in his label. The designer also collaborated with German hoisery and legwear label Falke to produce one-off footwear pieces for his Autumn/Winter 2008 collection show cased in Paris. 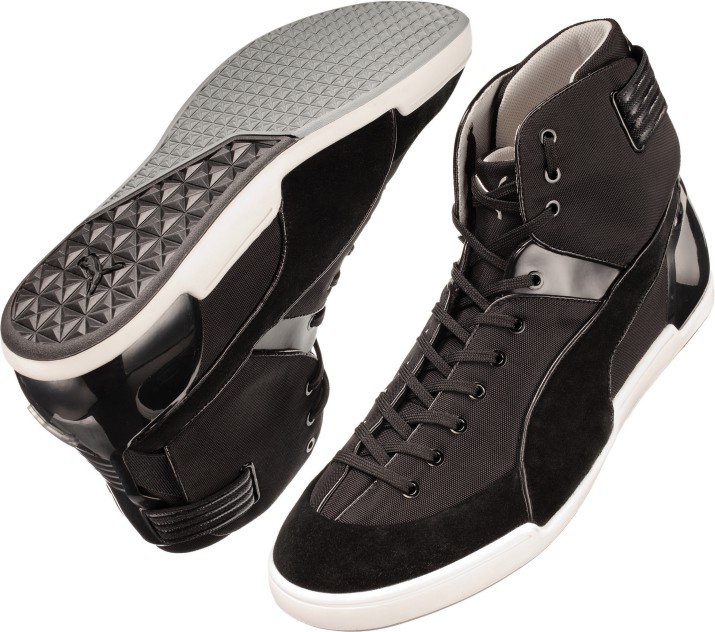 On February 13, 2011, he and Nicola Formichetti collaborated with Lady Gaga at the 53rd Annual Grammy Awards. In June 2011, the designer changed the name of his label from Hussein Chalayan to simply Chalayan. He launched his first ever book in July 2011. In July 2011 the London College of Fashion named him an honorary fellow. 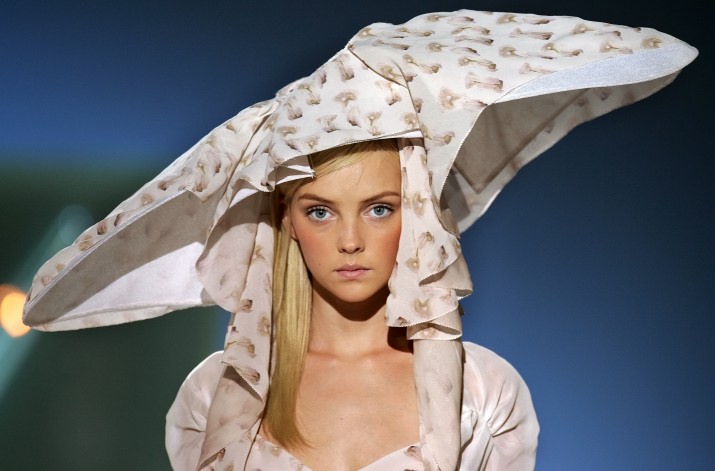 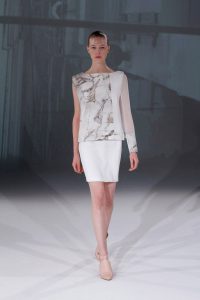