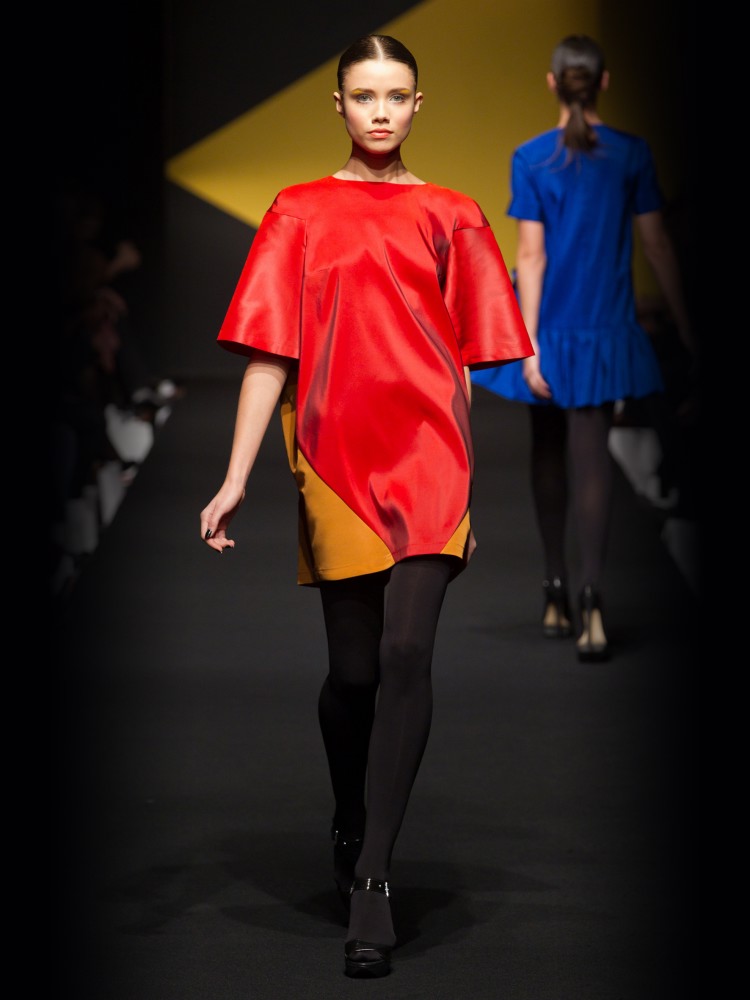 The rise of Moscow fashion designer Igor Chapurin coincided with the emergence of Russia as a new luxury market. His core clientele is drawn from the upwardly mobile Russian middle classes. As he himself says, they are bankers, actresses, operatic divas and lawyers. Chapurin has long been a name in his homeland – he is called the “Russian Armani.”

His mixture of modern rich chic, the ethnic, nostalgia, and purism is unique in Russia, but goes down well elsewhere as well. Particularly in Paris, Milan and the Far East, he is considered a good bet who still has something to offer.

It’s a reputation he is glad to have. “There’s a paradox there,” he says with a smile. “The whole world is trying to break into Russia, and I’m trying to break out of it.” 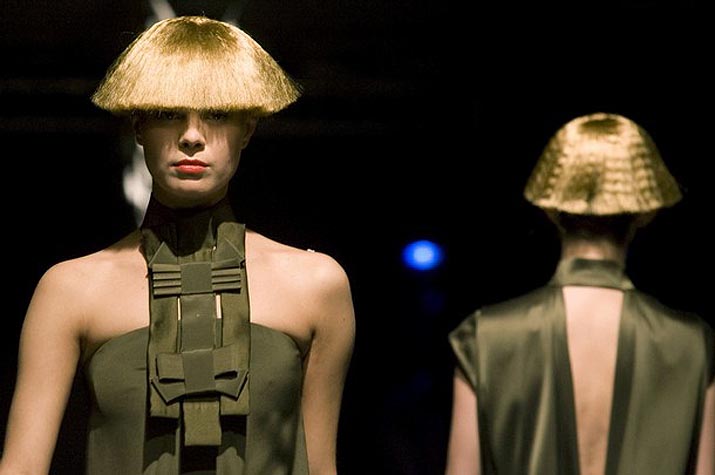 Igor Chapurin was born in 1969 in Velikye Luki, a little town close to the frontier with Belarus. His grandfather was a pioneer and specialist in the production of linen, while his parents ran a sewing factory. In 1992 Chapurin won a competition organised by Nina Ricci for young designers in Paris, but turned down an offer to start work as a designer with Max Mara. “I saw my future only in Russia.

"Here you can feel yourself an artist, you can create your own school” 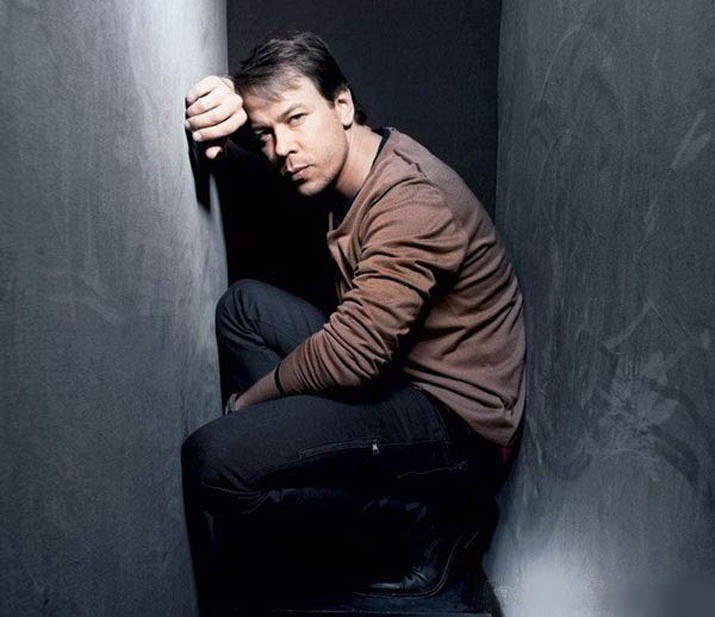 He showed his first haute couture collection in 1995, called To Russia with Love – a declaration of love for the Russian fashion tradition translated into modernist terms. He became an official member of the Russian Haute Couture Association, and subsequently won various fashion prizes, including the Golden Mannequin (twice) and the Russian National Prize. 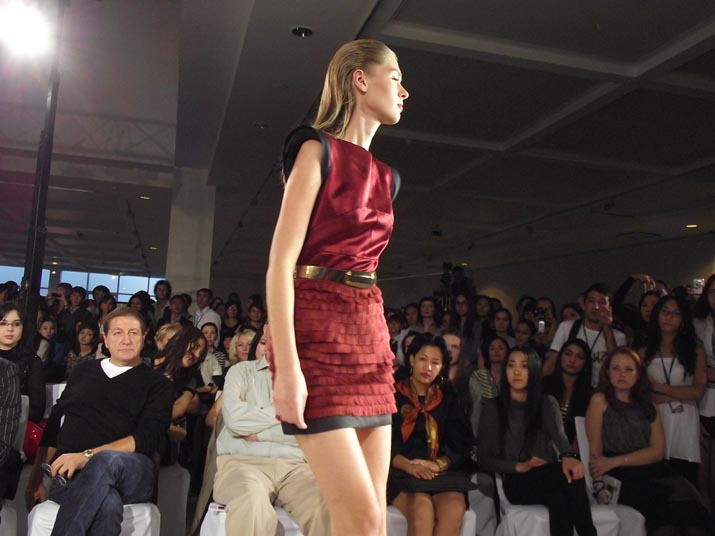 Chapurin’s collections play skilfully with Russian clichés and myths. Fur, glitter and ornament dominate, but also geometrical tailoring that in its rigour is reminiscent of Constructivism. The themes of his shows are very often strong women from Russian culture, such as Anna Karenina and Anastasia. It is a very feminine glamour that he propagates – extravagant, ostentatious and sometimes a tad kitschy, but never vulgar. 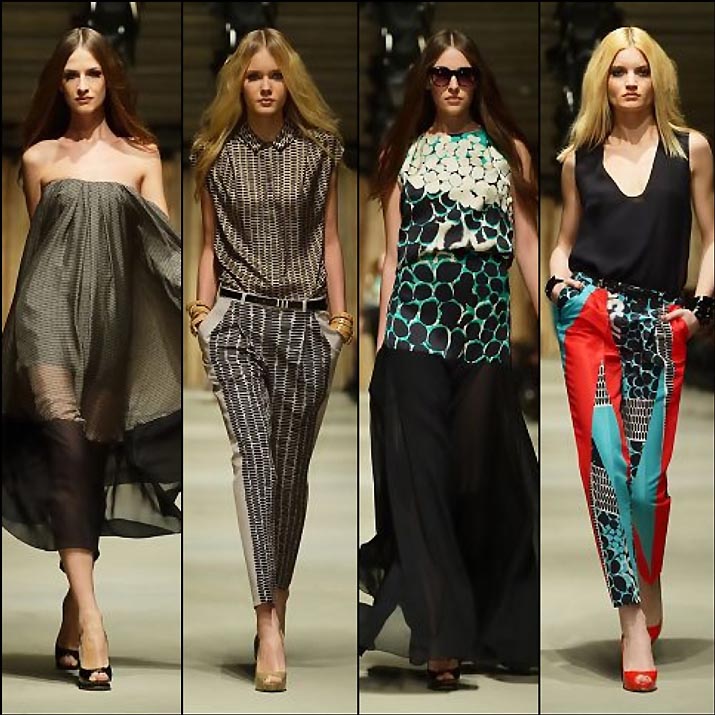 “I want to show the Russia that belongs to Chagall and Kandinsky, to make Russia famous for creativity and style, rather than caviar and vodka,” says Chapurin. 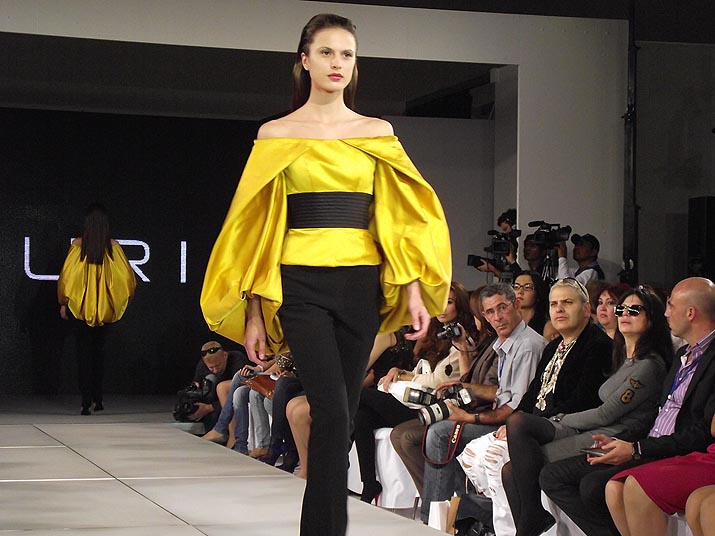 This sense of cultural mission is something that Chapurin brings to other arenas as well. He has done numerous theatre sets for Oleg Menshikov. In 2003 he became the first Russian fashion designer the Bolshoi Theatre ever invited to design the costumes and stage sets for the ballet. Since 2006, Igor Chapurin, who has in the meantime set up a fashion business of his own selling ski fashions, furniture, accessories and children’s fashions, has regularly shown his ready-to-wear collections at the Paris fashion weeks. 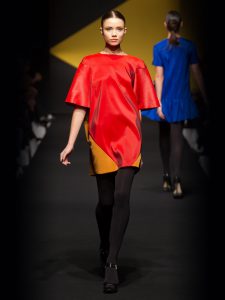