The Paris Collections kicked off with an abundance of a rich, colorful lunch, for the spring/summer event. Lots of different leathers were used along with many romantic looks. This season for Fashion week in Paris it was fun, vibrant & Ooh LA LA full of color and style ready for spring 2017. For Fashion says it all.

Look up or look down, from head to toe the shoe to the T-shirt, all the way to the sophisticated funky hats. There were several designers such as Celine, Dior and a few others that added a lot of volumes using the classic modern day suits paired up with T-shirts.

As the week wore on, the struggle involved in pulling off this blend of lasting beauty became the story.

Saint Laurent had many dresses with voluminous sleeves and lots of leather making it very swift and sexy.

For nine days, media, and retailers from around the world gather to see the Paris Fashion Week collections, and the final, stop for the season of the international tour that begins in New York every September and continues overseas through London and Milan before arriving in Paris.

Louis Vuitton draped their evening gowns Injecting it with lots of color, strong shoulders and a bit of attitude.

The Hôtel Salomon de Rothschild, the 19th-century Rothschild mansion, was used several times over the course of fashion week.

What made this show such a success to me were the designers that decided to wheel in the sex appeal by revealing the underwear by not putting a slip instead just a swath of fabric. But it doesn’t look bad at all, quite the opposite actually and boy do they make it work.

Though for those of you out there, if you don’t like it, only because you are afraid to show off your undergarments, have no fear that style is in the right now, so wear the outfits proudly or just simply put a slip. Under it or something over it.

There are many types of shawls you can use to cover up, or skirts, or perhaps even wearing your bra over the outfit like some of the models did on the runway.

Honestly, Paris is the place to be and provides us with a lot of unexpected ways to wear different pieces together we would never have imagined.

Valentino and Hermes had bright colors full of elegance and sex for our 2017 spring pallet. There were many bold, abstract, dresses and handbags throughout the week from several different designers giving a graphic result & cleaner style of dressing was felt at this show mixed with some sex appeal.

Paris Fashion Week woke up to the news that Kim Kardashian who attended the shows had been held at gunpoint and robbed of millions of dollars in jewelry at a secret hotel. So fashion week in Paris was full of many surprises. 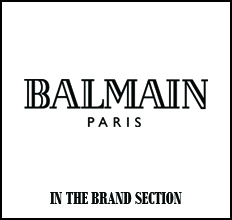