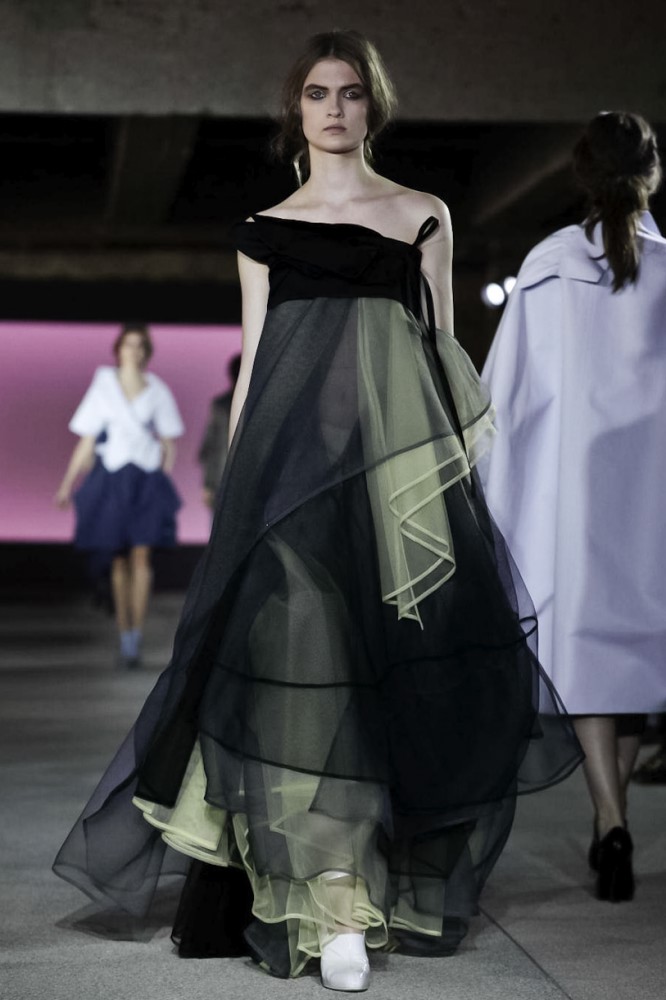 Fashion designer John Charles Galliano was born on November 28, 1960, in Gibraltar, Spain to a Gibraltarian father, Juan Galliano, and a Spanish mother, Anita, and has two sisters. Galliano’s father was a plumber. His family moved to England in pursuit of work when Galliano was six, and settled in Streatham, South London, before moving to Dulwich and later to Brockley.

He was raised in a strict Roman Catholic family. Galliano, who was shy and diffident, often spoke of his struggle to fit in. Recalling his early days, he once admitted: "I don’t think people here understood where I was coming from." His mother, a flamenco teacher, would dress him in his "smartest" outfit even for a trip to the local shops. This, combined with his creative sensibilities, saw him frequently bullied at the London boys’ grammar school he attended. 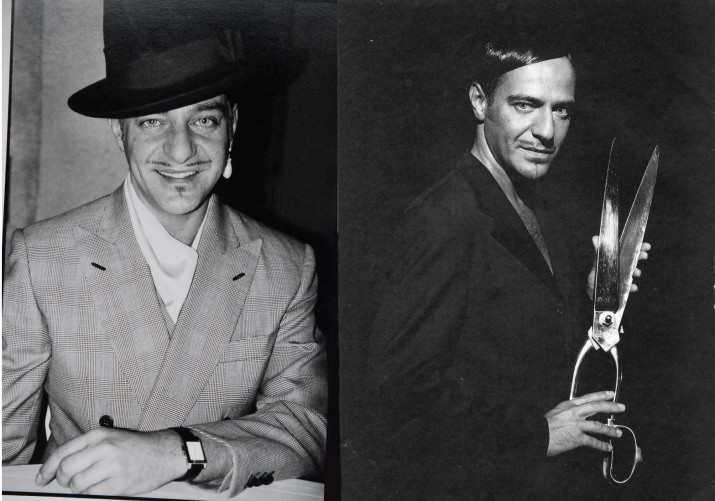 Galliano enrolled at Central Saint Martins College of Art and Design in 1981. While in school, he worked as a dresser for Britain’s National Theatre, the eminent company in London, ensuring that the company’s thespians looked perfect. His graduating collection in 1984, inspired by the French Revolution and entitled "Les Incroyables," was bought in its entirety by the independent London fashion boutique, Browns. After graduating from Central Saint Martins with a first class honours degree in Fashion Design, he launched his own line and enjoyed the support of various financial backers. His collections were both dramatic and intricate, but within just a few years his elaborate visions were squashed by a lack of business prowess. He went bankrupt in 1990. 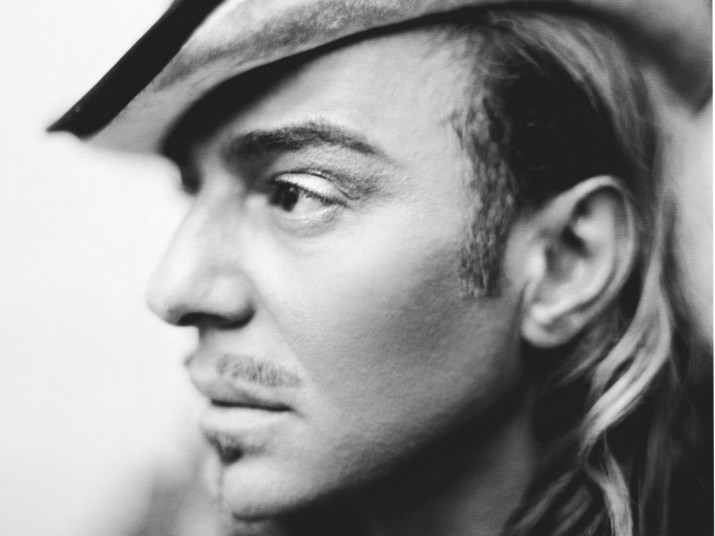 Galliano struggled financially for years, still producing work intermittently, until he met and gained the support of American Vogue editor-in-chief Anna Wintour and Vogue’s creative director for the American edition, Andre Leon Talley. These high-powered connectors introduced him to the Portuguese fashion patron Saõ Schlumberger. To regain his footing, Schlumberger loaned him her house for a fashion show, and several top models worked for free. He designed the entire collection from one bolt of fabric.Schlumberger’s adoration brought several new financiers to the fore.

As a result, Galliano was appointed head designer of Givenchy in 1995, thus becoming the first British designer to head a French haute couture house. On 21 January 1996, Galliano presented his first couture show at the helm of Givenchy at the Stade de France. The collection received high praise within the fashion media. Some of Galliano’s designs for Givenchy were licensed to Vogue Patterns. Less than two years later, on 14 October 1996, LVMH moved Galliano to Christian Dior, replacing Italian designer Gianfranco Ferre.

Galliano created some of the industry’s most famous collections, including the Blanche Dubois in October 2008 (inspired by the 1951 film A Streetcar Named Desire), the Napoleon and Josephine in March 1992 (inspired by the love story of these famous historic figures) and the Princess Lucretia in October 1993 (inspired by the Russian princess). Beyond the clothing donned by his models, Galliano is known for his own dramatic final-bow-costumes, finishing his shows wearing fantastical get-ups inspired by the likes of Napoleon Bonaparte and U.S. astronauts. 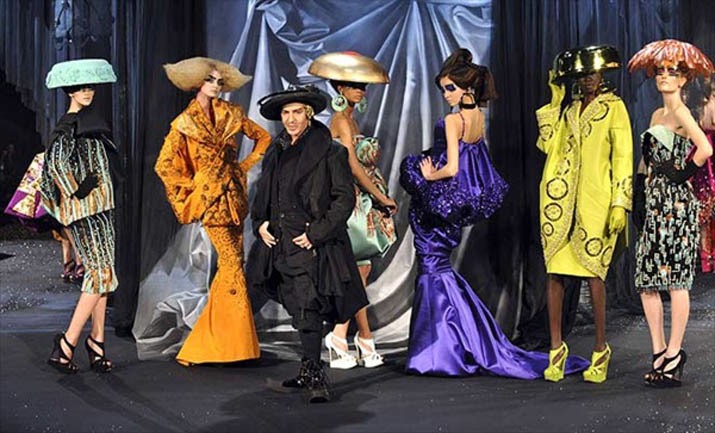 Galliano was named British Designer of the Year in 1987, 1994 and 1997, and he was made a Chevalier in the French Legion of Honour in 2009, an award previously bestowed on fashion luminaries Yves Saint Laurent and Suzy Menkes. 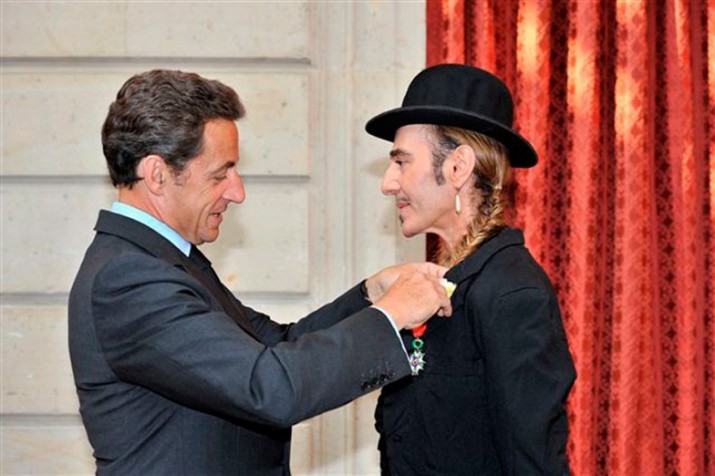 In 2011, Galliano hit the headlines for all of the wrong reasons. The British tabloid The Sun posted a video of Galliano making anti-Semitic remarks to Italian tourists in a Paris bar. His controversial behavior was a hot topic, and discussed far beyond the fashion world. After suspending the designer in February 2011, Christian Dior announced in March 2011 that it had begun proceedings to permanently dismiss Galliano. 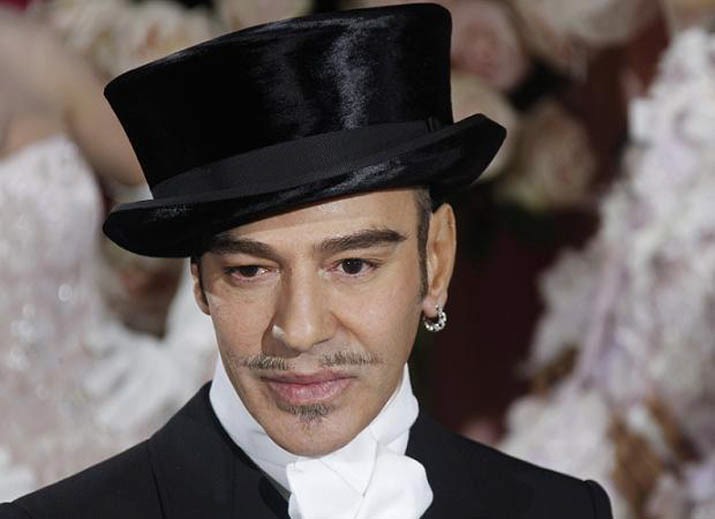 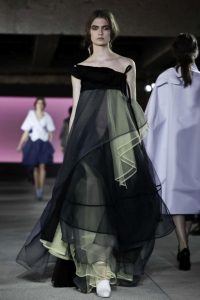