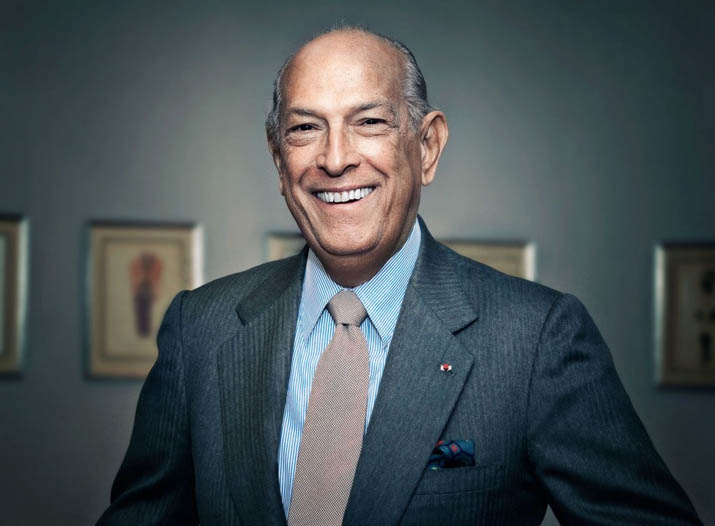 Looking back. Legendary fashion icon and master of evening gown design, Oscar de la Renta has sadly died from complications with an eight-year battle with cancer.

The renowned designer passed on Monday in his home in Kent, Conn., located near the border of New York. At 82, de la Renta had dedicated more than half of his life towards not only dressing, but also glamorizing the privileged class in his colorful, one-of-a-kind creations. 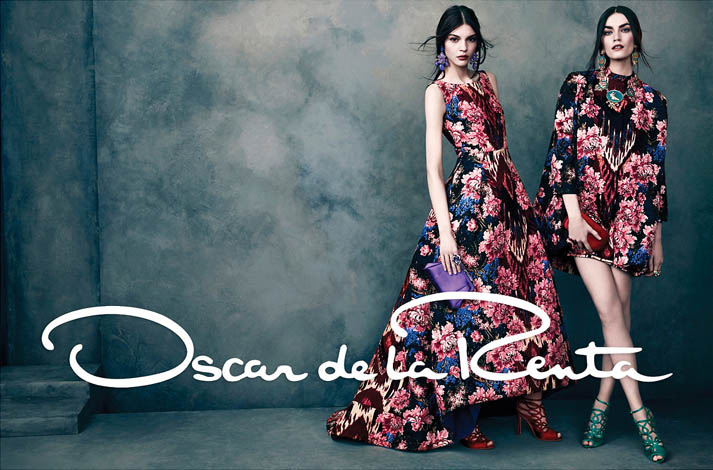 De la Renta was diagnosed with cancer in 2006, but had announced that he was “totally clean” at a “Fashion Talks” event last June. Family, colleagues and close friends initially reported that de la Renta’s cause of death was unconfirmed – but ultimately, the designer’s battle against cancer had been an on-and-off struggle that could be fought no longer.

It seems that de la Renta and those close to him had known the time was near: just one week prior to the fashionista’s passing, the company announced that Peter Copping would be the new creative director of the de la Renta brand. 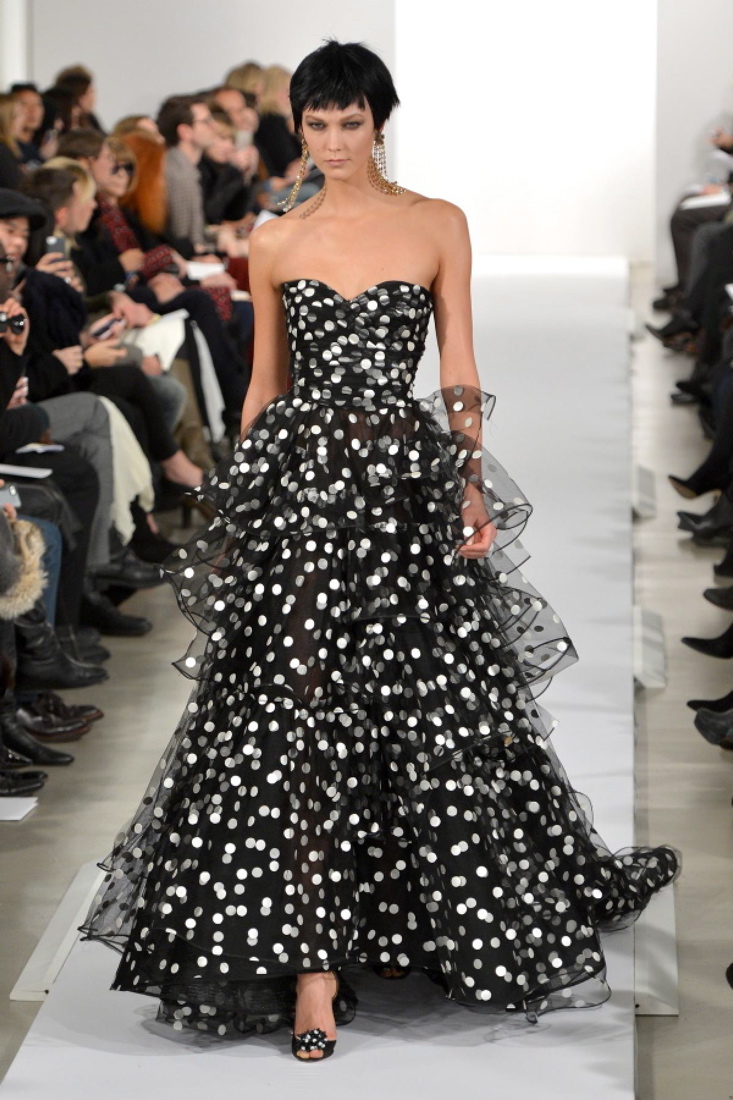 Though his health may have become increasingly more delicate through his eight-year illness, de la Renta strengthened his company more than ever during that time. Not only did he double the worth of his company, but the designer also managed to make his name so famous, that when one thought of the Oscar Awards or any other celebrity event, one must also have to think of the name: Oscar de la Renta: fashion genius responsible for the most beautiful, opulent gowns on the red carpet. 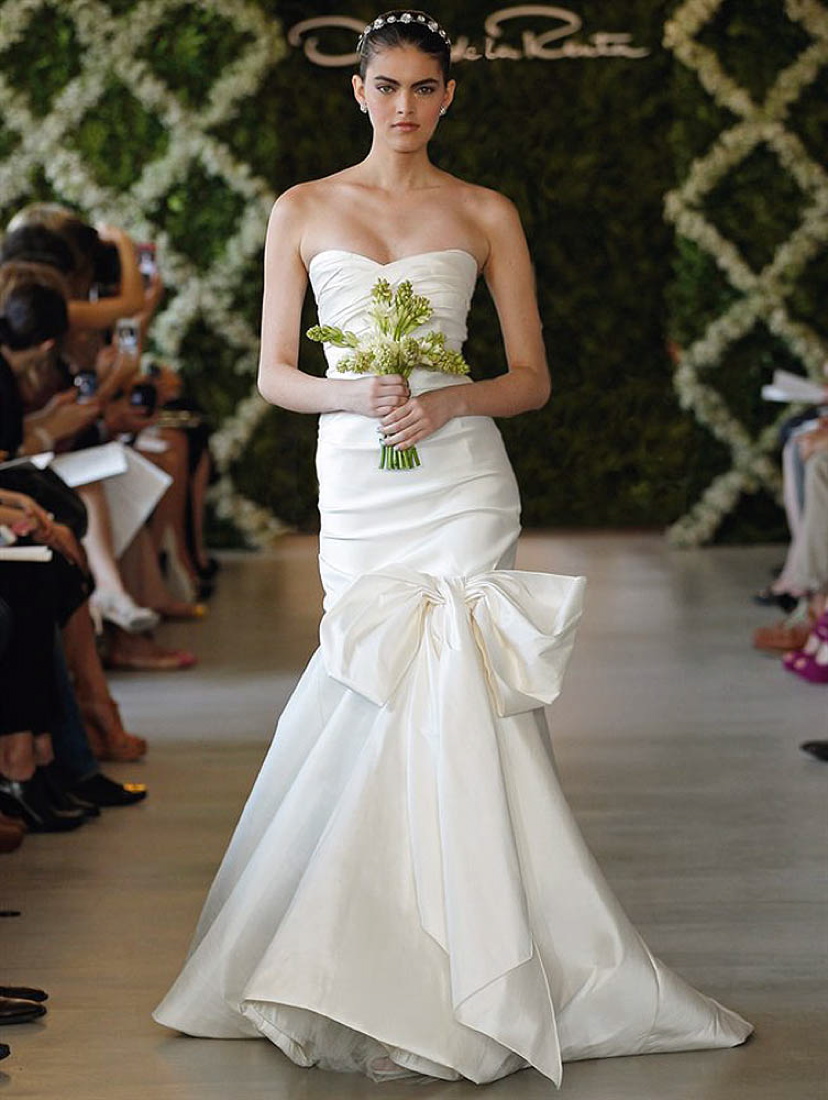 Sandra Bullock, Penélope Cruz, Jennifer Garner, and Sex and the City’s Sarah Jessica Parker are among some of the many celebrities who have adorned themselves in de la Renta’s extravagant designs. Most recently, the designer made an elaborate ivory gown for Amal Alamuddin’s wedding to George Clooney this past September. 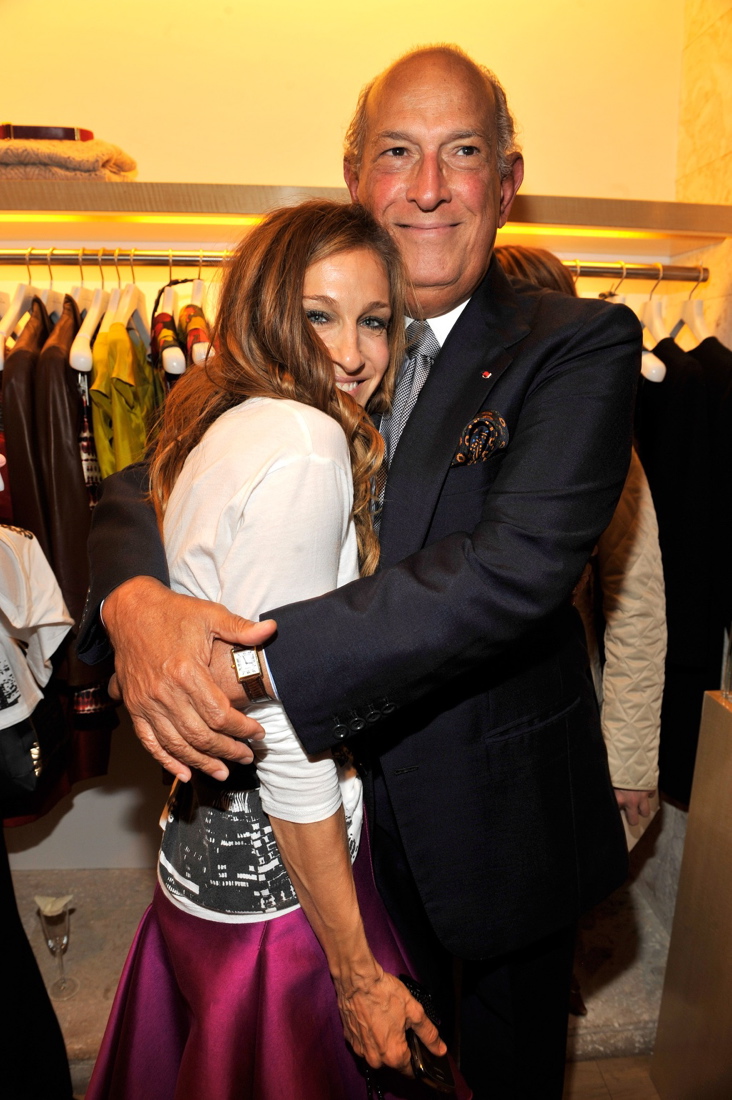 Even Hillary Clinton has worn de la Renta’s collections. In fact, de la Renta happened to be the fashion genius behind Clinton’s signature pantsuits in the 90s, which many of us have come to associate the former first lady with. “This man has been working for more than 20 years to turn me into a fashion icon,” Clinton said of de la Renta, last year. I’d say the designer’s efforts were a success! Clinton isn’t the only political figure de la Renta had dressed – his designs have been worn by every first lady since Jacqueline Kennedy in the 60s: Nancy Reagan in the 80s, Laura Bush. whom he was close to, in 2005, and Michelle Obama– who, for seven years had not worn a de la Renta piece until just this month. 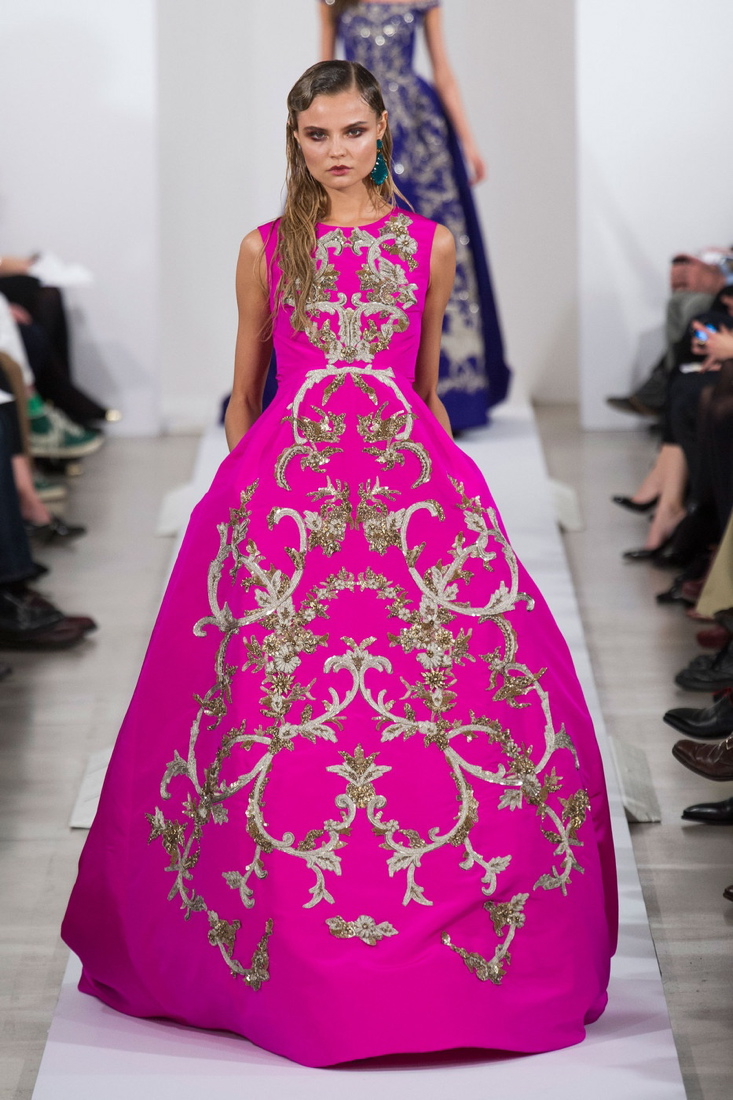 “We will miss Oscar’s generous and warm personality, his charm, and his wonderful talents.” Bush said in a statement. . “My daughters and I have many fond memories of visits with Oscar, who designed our favorite clothes, including Jenna’s wedding dress. We will always remember him as the man who made women look and feel beautiful.” 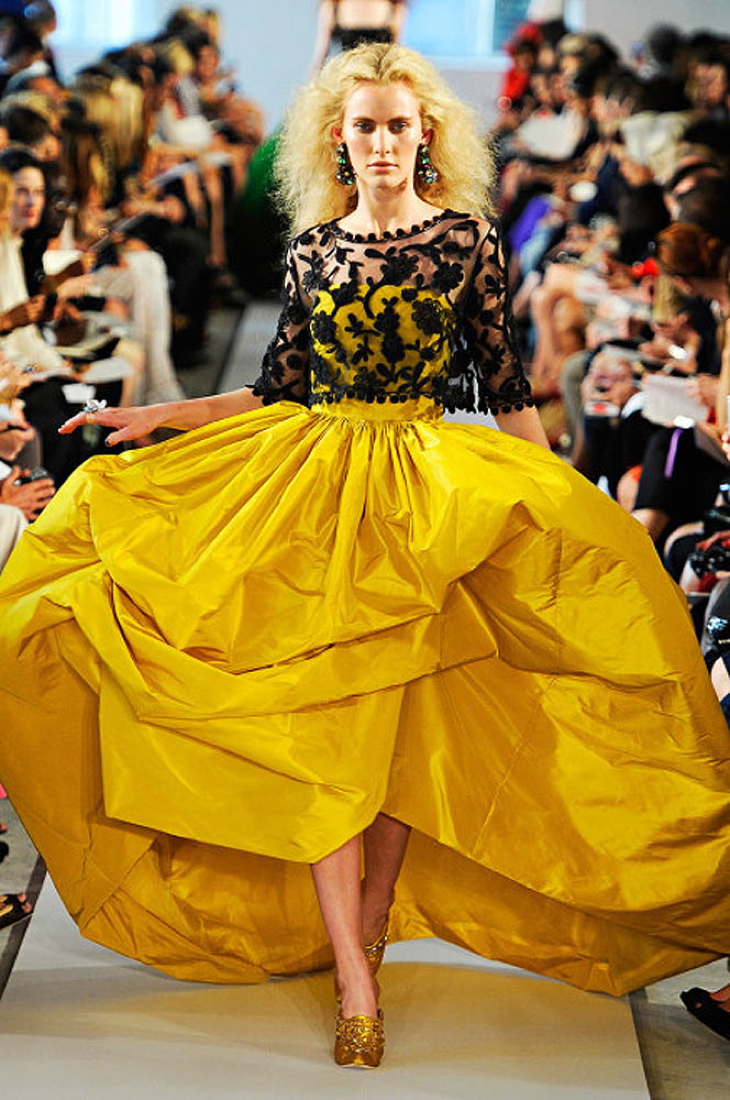 De la Renta’s career hadn’t always been designing haute couture masterpieces for socialites and big-name politicians. At 18, the future designer left the Dominican Republic, his native country, for Spain, where he would go to school in Madrid and soon discover his calling for fashion, and eventually make a name for himself. 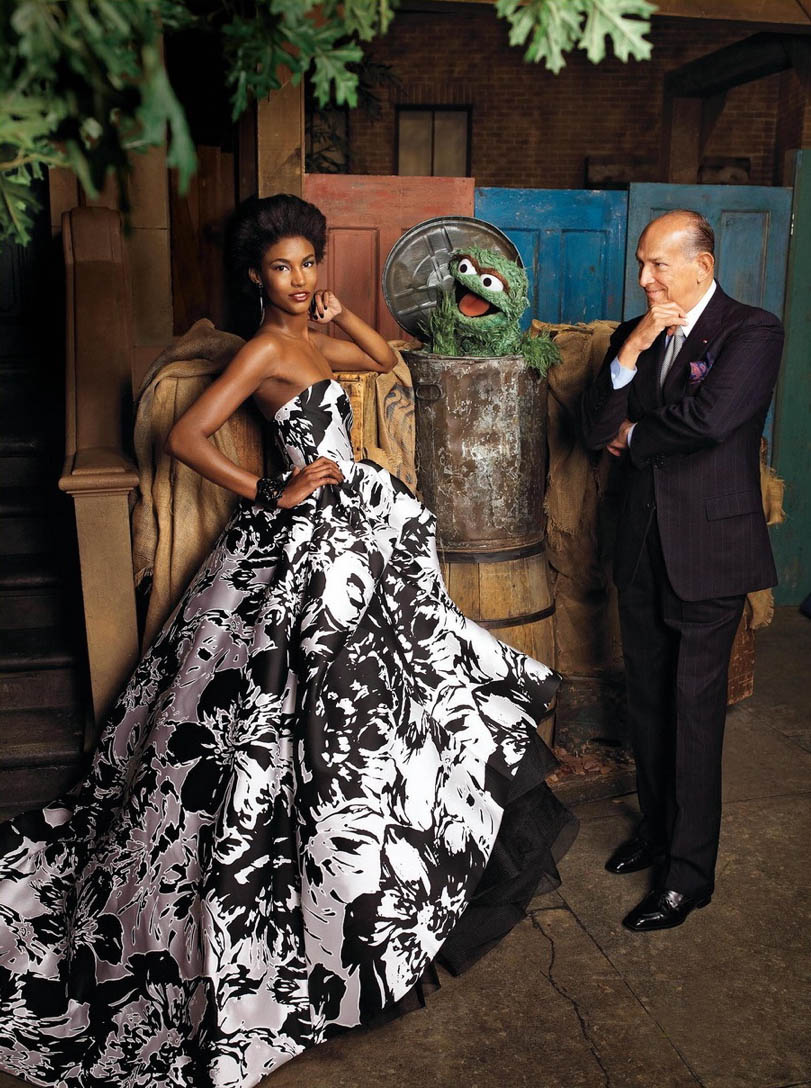 After serving as Cristobal Balenciaga’s apprentice, working alongside Antonio del Castillo for Lanvin, joining Elizabeth Arden and taking over Seventh Avenue Company, de la Renta debuted his first collection in 1965 – a ready-to-wear line that marked the first step in launching him towards becoming one of the world’s most loved designers. 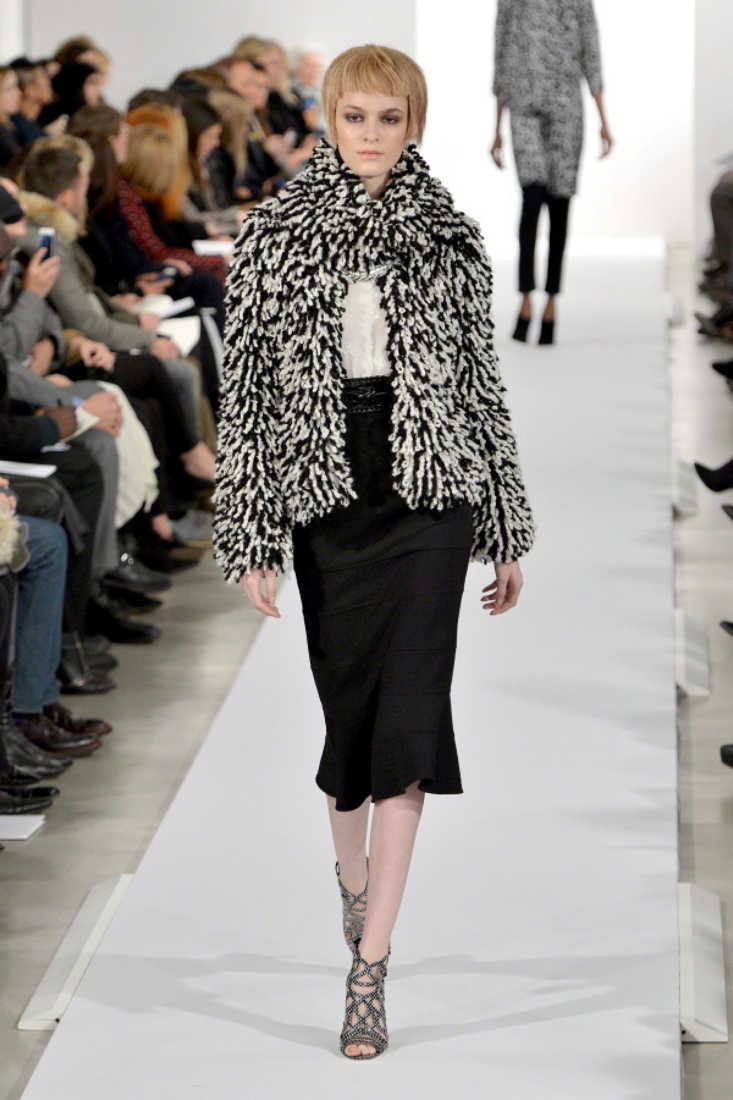 Last year, de la Renta was called the “sultan of suave” by Council of Fashion Designers of America Executive Director Fern Mallis, and we couldn’t agree more! The fashion “sultan” has won the CFDA designer of the year award, lifetime achievement award, two COTY awards and more. He has been given the Gold Medal Award from Spain’s rulers, and has received the French Legion d’Honneur as a Commandeur – not to mention all that he’s given to multiple children’s charities! 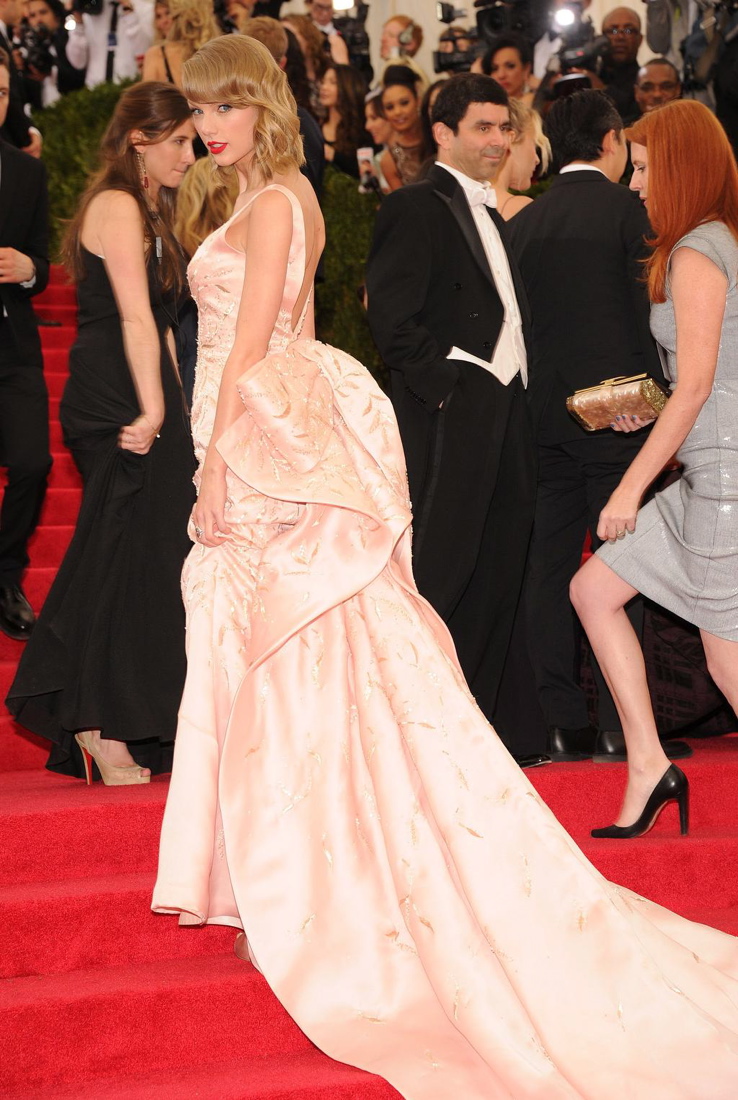 De la Renta is survived by his second wife Annette, and adopted son Moises, who helps design for the de la Renta brand. He may physically be gone, but his name and his spirit will never be forgotten. His designs will live on.

“While our hearts are broken by the idea of life without Oscar, he is still very much with us. Oscar’s hard work, his intelligence and his love of life are at the heart of our company,” the statement said. “All that we have done, and all that we will do, is informed by his values and his spirit. Through Oscar’s example we know the way forward. We will make Oscar very proud of us by continuing in an even stronger way the work that Oscar loved so much.” Said de la Renta’s stepdaughter Eliza Reed, and husband Alex Bolen in a handwritten statement. 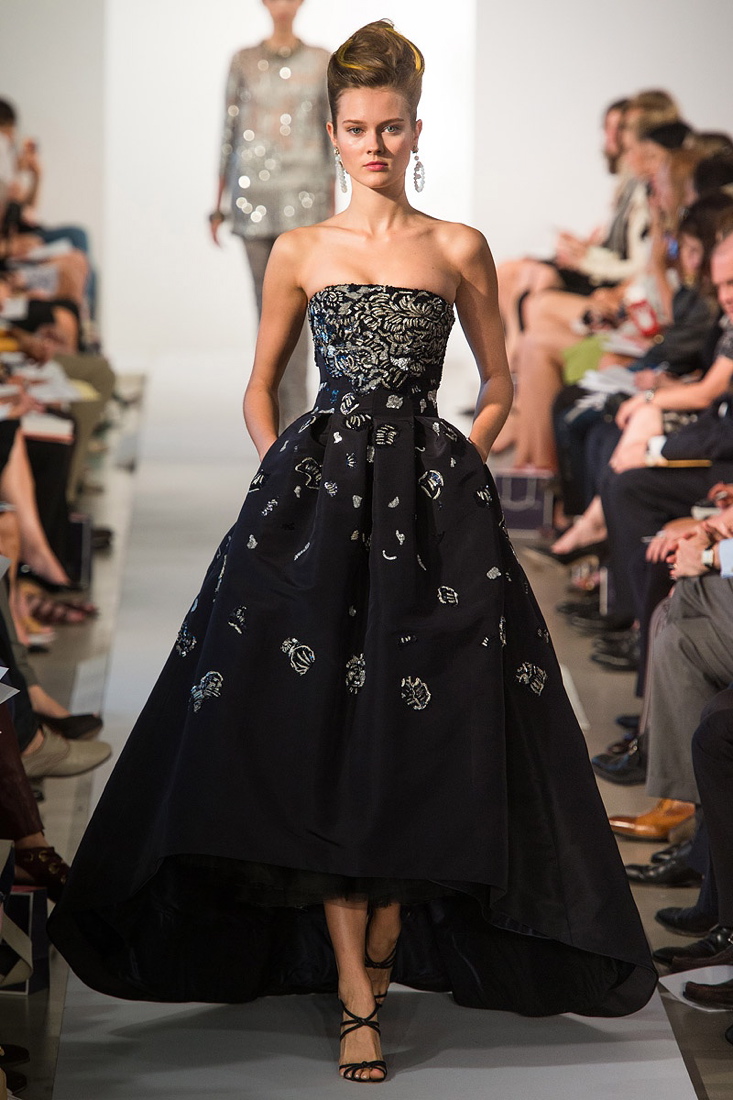 “The fashion business says goodbye to a mentor, a legend, & an icon,&rdq
uo; fashion designer Kenneth Cole tweeted Monday. “He defined a standard we can only aspire to.” 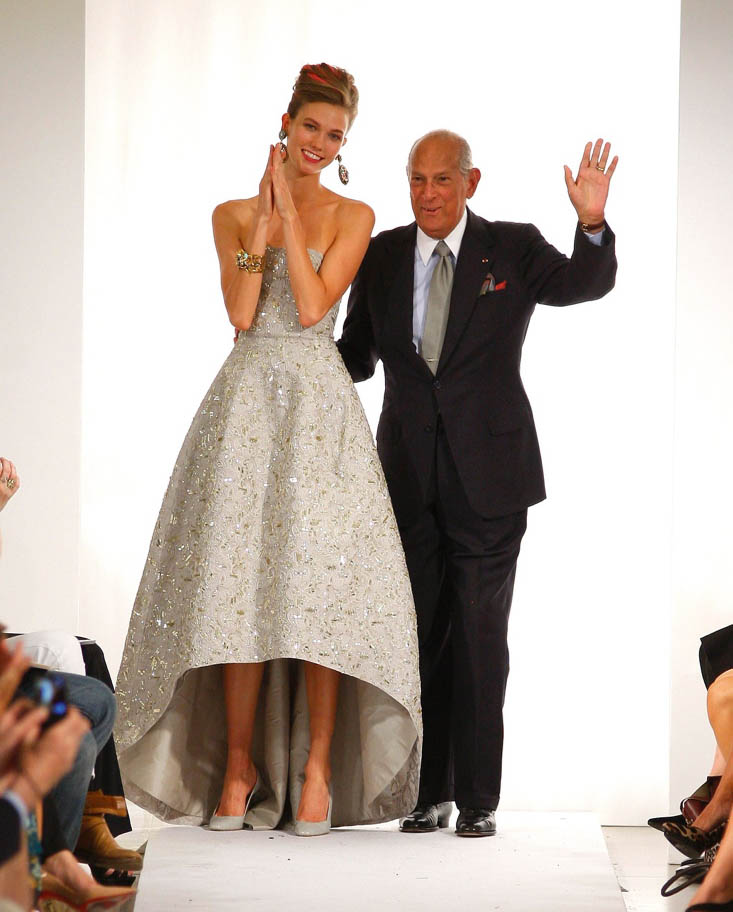