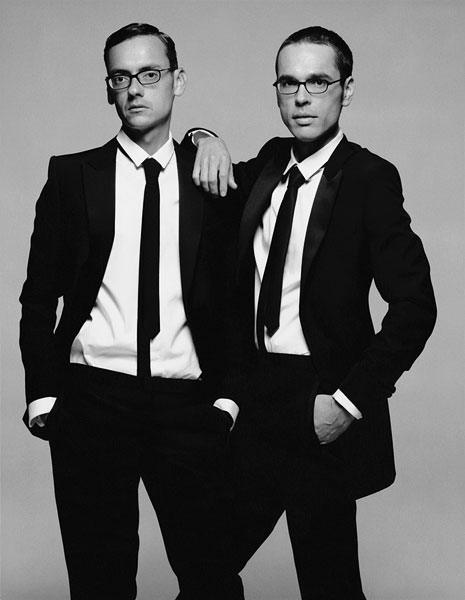 Viktor & Rolf are not twins, even if they do get great fun out of appearing as such in public. They are not and never were a couple like Dolce and Gabbana, but they still take every opportunity to proclaim how close they are. They are to fashion what Gilbert & George are to art – two showmen who perfectly complement each other and whose public act is always part of their work. Their motto is 1 + 1 = 3.

Viktor Horsting and Rolf Snoeren, both born in 1969, met at the Arnhem Academy of Art and Design in the Netherlands, where they studied fashion. Becoming firm friends, they got together after graduating. Their initial collection won them no fewer than three first prizes at the celebrated fashion festival in Hyères.

But the time was not yet ripe for their conceptual and critical approach – they presented their lavish designs and installations almost exclusively in an art context. They brought a sharp sense of humour to their activities: they symbolically stopped their work – the title of a magazine they published in 1996, Viktor & Rolf on strike!, became a slogan – to protest at the ignorance of the market, and launched a perfume with a non-opening bottle as an ironic commentary on the lifestyle industry’s addiction to brands. 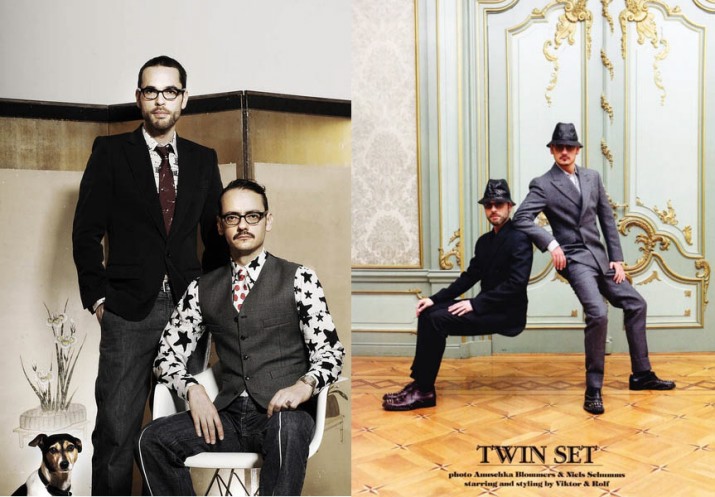 The breakthrough came in 1998, when they presented their first-ever haute couture collection (SS 1998) on a catwalk during the Paris Fashion Week. Their designs were bold, making much of folds, an abundance of drapes and asymmetrical tailoring, volumes and silhouettes. Even bolder were the presentations – black-and-white creations whose white details looked stark in black light.

Viktor & Rolf love the Commedia dell’Arte figures, especially Pierrot. They drew upon these characters for their Atomic Bomb collection in autumn/winter 1999–2000: Harlequin was made around the silhouette of the mushroom cloud produced by an atomic bomb.

For their spring 2008 collection they took their inspiration from Marcel Marceau and Commedia dell’Arte. They used Pierrot-style collars and harlequin prints, but this time with another intention – Pierrot was now a symbol of melancholy romance and naiveté. 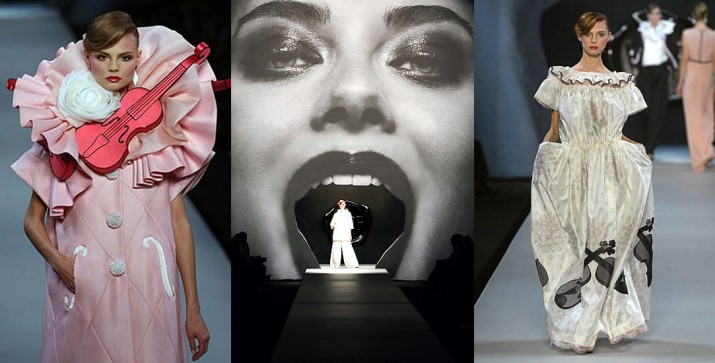 For Viktor & Rolf, fashion is more than a seasonal show of the latest trends; it is an aura, with a soul of its own. The fashions of Viktor & Rolf have been acclaimed time and again in international exhibitions, whose number now far exceeds their own shows. But they can also appeal to the crowd, as was shown by their successful entry into the ready-to-wear fashion world in 2000. 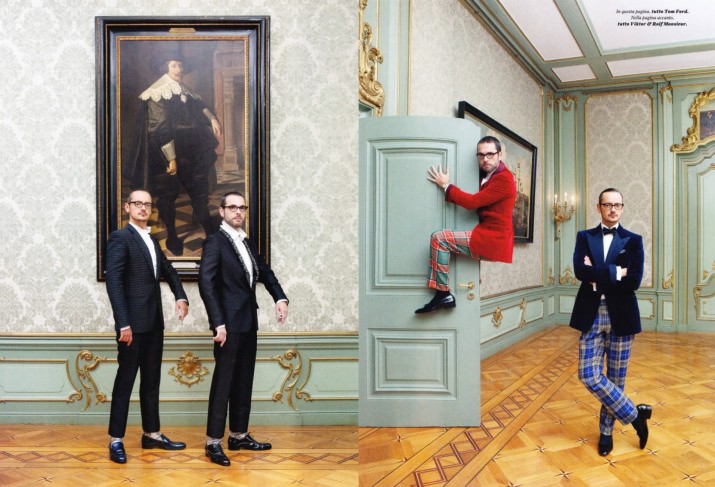 In the meantime, thanks to financial backing from Renzo Rosso, Viktor & Rolf has become an internationally recognised lifestyle label based in Amsterdam. They opened a boutique in Milan in 2005, and in the same year introduced Flowerbomb, their first fragrance for women, followed in 2006 by Antidote for men, both developed with L’Oréal. 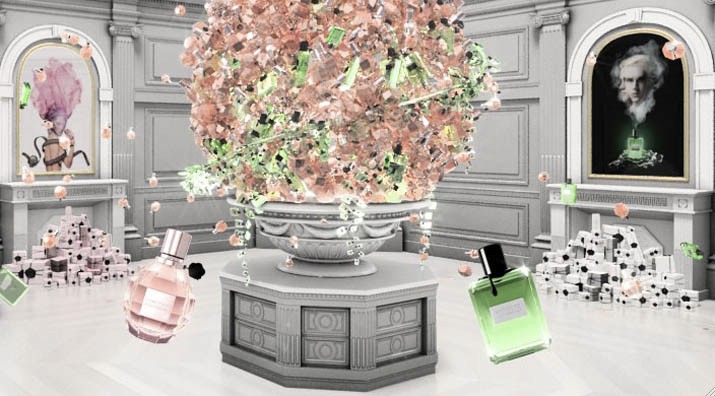 In 2008, the Barbican Art Gallery in London celebrated their work with a retrospective of fifteen years of fashion and art with the exhibition The House of Viktor & Rolf. For their spring/summer 2009 collection they featured crystals by Atelier Swarovski. The same year the wildly popular Flowerbomb produces another eau de parfum offshoot, Flowerbomb La Vie En Rose. With notes of madarin, pink pepper, and lily of the valley, the fragrance hits beauty counters in time for summer. 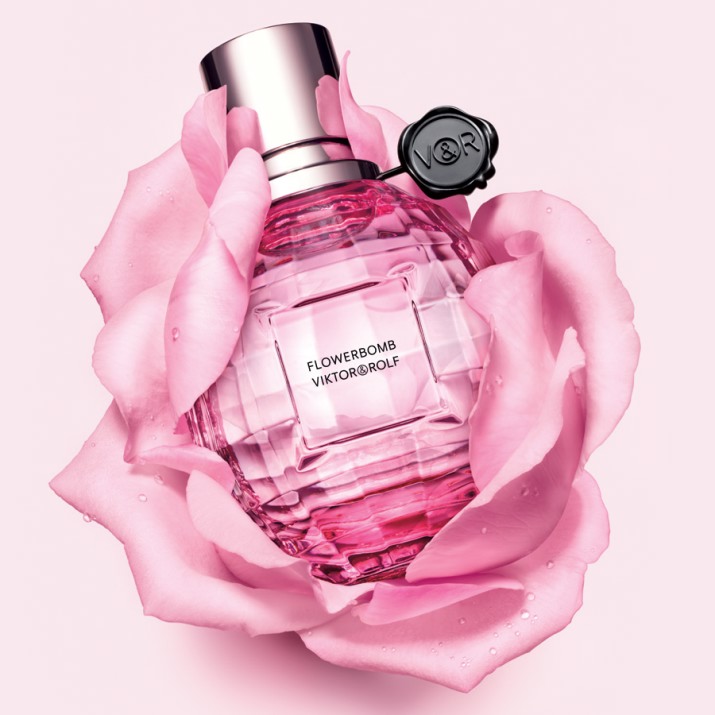 The duo published a collection of illustrated fairy tales featuring a lonely disco hedgehog, a magic gold dress, and other unconventional characters in 2011. 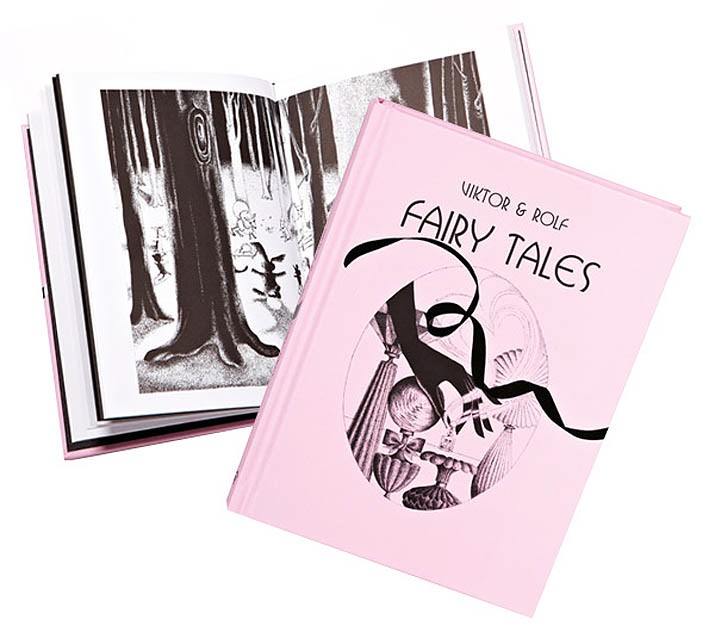 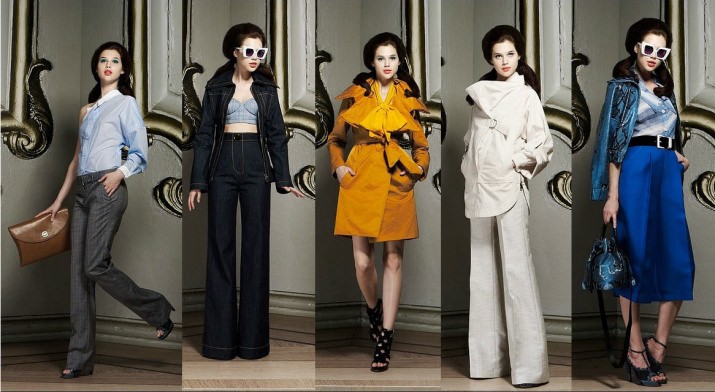 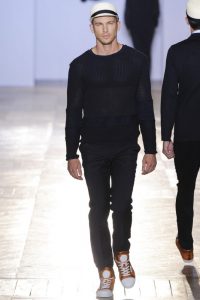