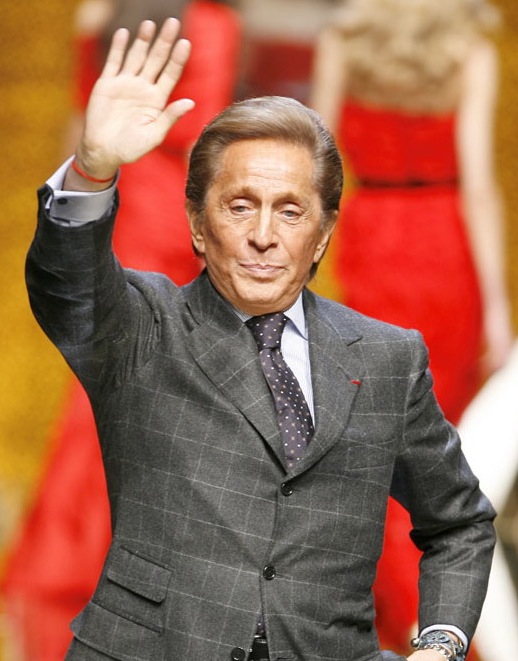 Valentino Garavani is a famous fashion designer born on May 11, 1932. Valentino is a designer who has successfully combined the couture of Paris and Italy together, using French embroidery along with Italian fabrics and workmanship. He has established himself as one of the greatest designers, with a very beautiful and feminine style.

He became interested in fashion while in high school, and at age 17 he moved to Paris to pursue this interest. He studied at the Ecole des Beaux Arts and Chambre Syndicale de la Couture Parisienne.
He first found apprentice jobs, with Jean Desses where he used to help Jacqueline de Ribes sketch her dress ideas. Then he joined Jean Desses and Guy Laroche. In 1959 he returned to Rome, and opened a small atelier.

In 1960 he moved to the via Condotti and was discovered by the celebrities who used to visit Rome during the “Dolce Vita”. He began to be called the Golden Boy of Italian couture. Valentino met Giancarlo Giammetti in July 1960 and they have been together, both romantically and in business, for over 50 years. His first show, in 1962, was a success, and Valentino was welcome into the fashion world. He presented his famous “no colour” collection with models and escorts dressed in various shades of white, cream, chalk, sand, ecru and beige. 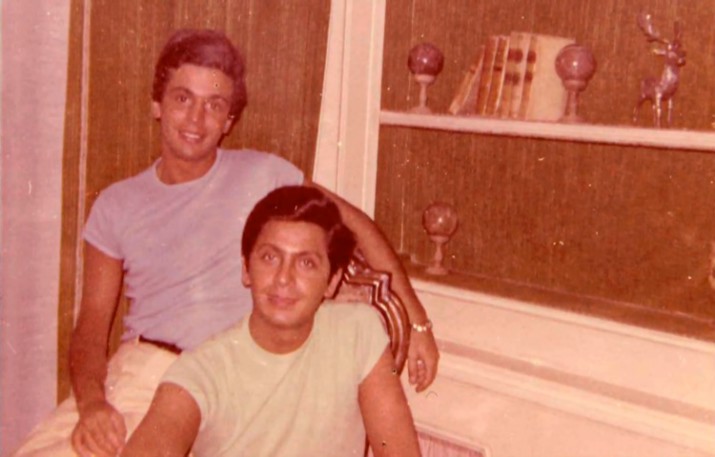 At this time, psychedelic colours were in ascendant, Valentino’s collection astounded everyone with it’s subtlety and power. This provoked a binge of all-white clothing throughout fashion. He won the Nieman Marcus award for his “no colour” collection. In 1967, he premiered the Valentino White Collection, which became famous for the “V” logo he designed.

1969 he opened his first pret-a-porter (ready-to-wear) in Milan and later another in Rome. Through the 1970s Valention spent considerable time in New York City where his presence was embraced by social personalities such as Steve Rubell and art identities such as Andy Warhol. In 1983 Valentino brought out his children’s line. In 1987 Valentino continues his expansion with a chain of boutiques in the U.S.A. and Japan. He launched his line for younger people, and called it Oliver after his beloved Pug dog.

In 1989 sees the opening of the “Academie Valentino a cultural centre located near to Valentino’s atelier in Rome. This centre is for Art exhibitions and cultural activities.

1990-1991 Valentino celebrated 30 years in couture, and there was a gala celebration. 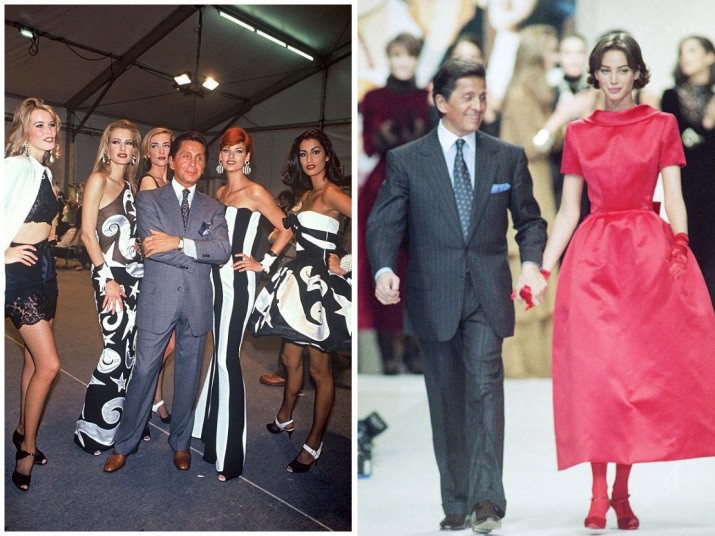 In October 2005 Valentino was presented with the Superstar award at the Fashion Group International Night of the Stars in New York, by his very good friend actress Meryl Streep. He is also appearing in her film “The Devil Wears Prada” where she plays a fictional fashion editor loosely based on Diana Vreeland. Valentino said he was delighted that people appreciate his work, and have done for so many decades. He said he loves America and the American ladies who wear his clothes. He is now 73 years old, still designing, and living in Rome. 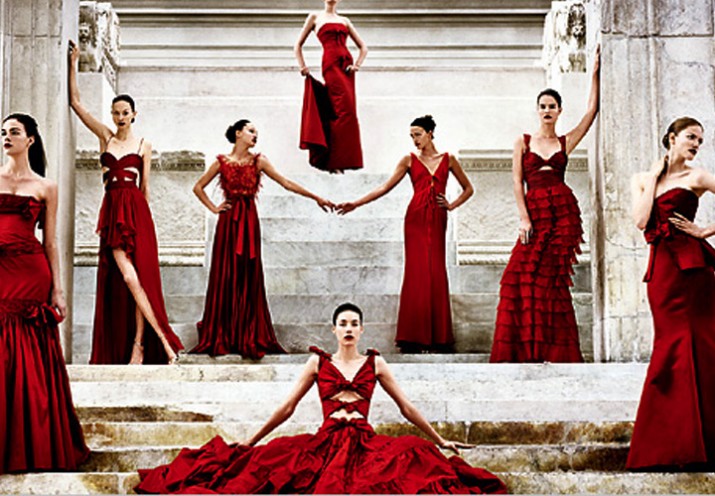 In 1998, Valentino sold his company to Holding di Partecipazioni Industriali (HdP) for $ 300 million and remains as Designer only. He said it is because he wants the Valentino name to continue even after him. In 2002, HdP sold Valentino to Marzotto, another Italian luxury goods group. 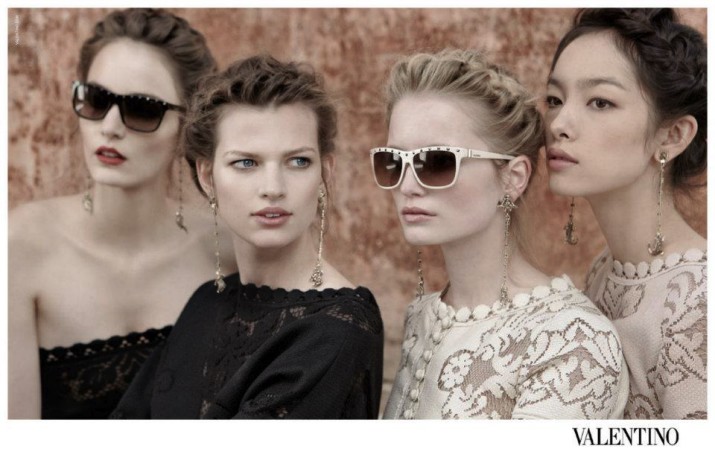 This business unit gets its name from Valentino Garavani, the undisputed master of haute couture and one of the leading representatives of Italian style and creativity in the world of fashion and luxury. In over 45 years of being in business, his collections have dressed and accessorised top international celebrities time and time again. 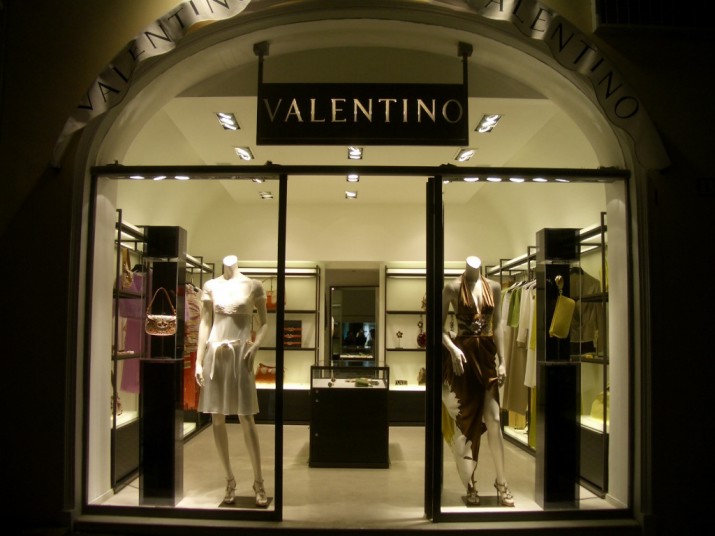 Valentino loves dresses – Valentino means dresses and has for nearly 40 years. Valentino’s dresses are more dreamy, more romantic, more youthful and impeccably made. That’s the charm and mastery of Valentino. Valentino explains that a dress should have very little detail and notes that he is focusing his design energy on creating a most perfect bias cut. But Valentino does not make only dresses. 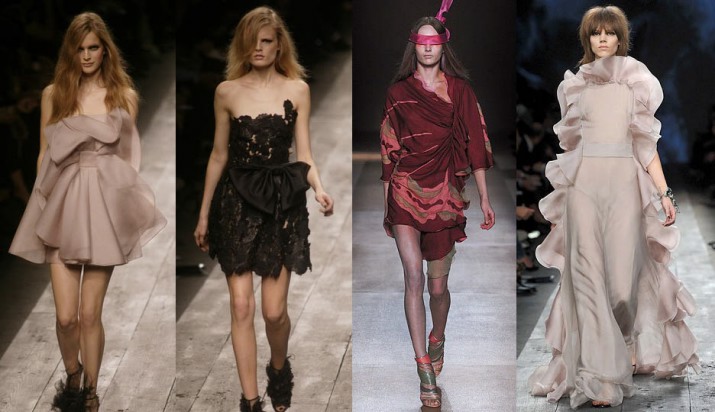 He can soften the edges of a razor-sharp blazer by coupling it with a ballooning skirt or a sweatshirt hood. He elevates the sweater’s status by showing a plaid knitted one with a skirt of contrasting textured lame-figured chiffon. A tee-shirt becomes a dress when made up with silk and has diamonds at the sleeves. Flowers intrigue Valentino and he has used them in prints, in silk, and for petal shapes of bodices or skirts. 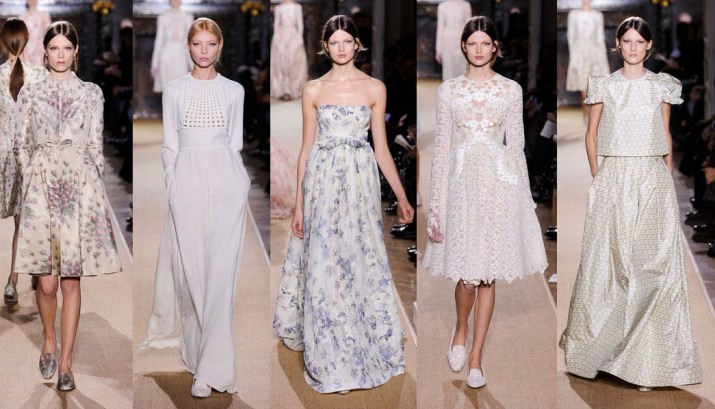 He says there should be a minimum of detail, but he does put in a lot of bows on his garments, at the waist or on a shoulder. He is truly the only designer who combines French embroidery and impeccable taste, with Italian fabrics, workmanship and glamour. 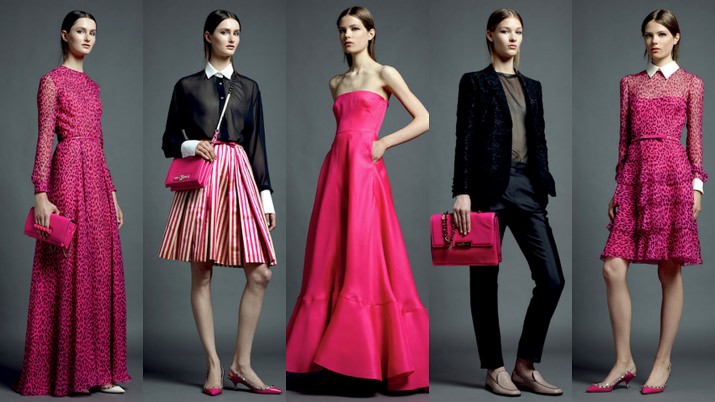 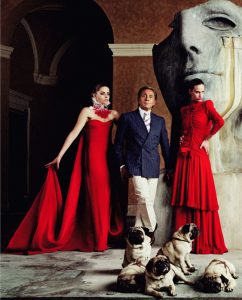