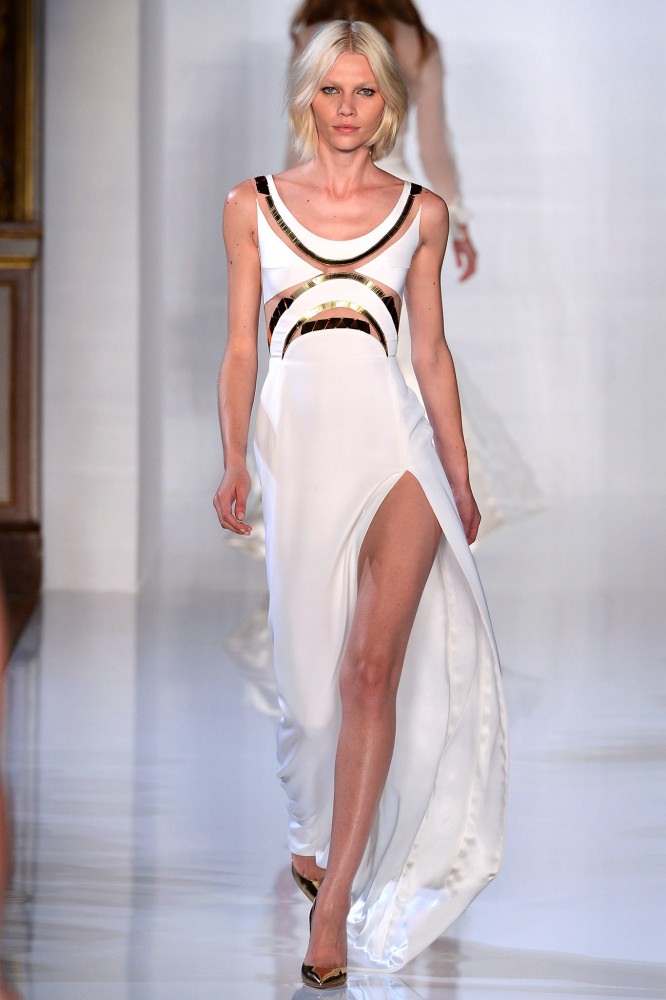 Valentin Yudashkin is Russia’s most famous fashion designer and the only Russian designer to be honored with membership in the Syndicate of High Fashion in Paris. He is also a decorated member of the Academy of Arts of the Russian Federation and a National Artist of Russia.

Yudashkin was born on 14 October 1963 in the Moscow region. As a child he loved to draw and was fascinated with clothes and design. During the Soviet era, it wasn’t a very popular interest among boys and Yudashkin risked becoming an outcast. However, he pursued his interest. After graduating from high school he enrolled in the Moscow Industrial College, majoring in clothes design and makeup. Yudashkin’s parents weren’t thrilled with his choice of career, but they decided not to put pressure on him. The fact that he was practically the only male in his class didn’t distress him – he studied hard and graduated with honors.

Yudashkin created his first collection during the times of Perestroika, when Russia was opening itself up to new ideas. In 1987 some 150 items of the Yudashkin collection were shown in Moscow. They were so well-liked it made him famous all across the country. His fame reached as far as France and a year later he was invited to Paris, a trip that changed his perception of fashion in a fundamental way.

Coming from the Soviet Union – the land of eternal deficit – Yudashkin was shocked by the variety of colors, fabrics and shapes available to work with. It was hard enough to purchase mittens back home and here in Paris gloves were sold with matching hats. Yudashkin discovered a whole new world and was determined to make it a reality in his home country.

1991 saw the creation of the Valentin Yudashkin brand and his first Haute Couture collection. It was named Fabergé and was inspired by the famous work of art. The most popular items of that collection were dresses made in the shape of an egg and decorated in the Fabergé style. He took it to the fashion week in Paris and it became an instant success, impressing even such renowned couturiers as Pierre Cardin and Paco Rabane. His Fabergé dresses traveled the world, some of them were purchased by the Louvres Dress Museum and a few other items went to the California Museum of Fashion and the New York Metropolitan Museum.

Since then every year Yudashkin has brought his share of glamour to the world of fashion. His collections – Music (1992), Nature Morte (1993), Frescoes (1994), Catherine the Great (1994) and Ballet (1995) were bright and original. In 1996 Yudashkin had his greatest success when he was admitted to the Syndicate of High Fashion in Paris, which gave his works the official status of Haute Couture. It was the first time a Russian designer was put in the same rank as Versace and Valentino.

Yudashkin’s exotic models had exotic names: Birds of Paradise (1996), Christmas Dream (1997), Vrubel (1997), Silent Film (1998), Anna Karenina (1998), The End of Century (1999), Show Me Love (2000), Impressionists (2000). Yudashkin loves all things Russian – the national dress and colors, history, culture and great personalities. He uses his collections to express that love and to show the world the vast and unexplored richness of his native country. The trademark of his clothes is delicate and luxurious embroidery with beads, pearls and rhinestones. 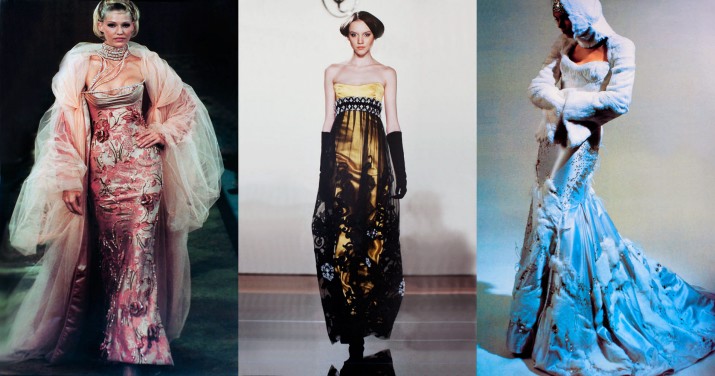 In 1994 and 1996 Yudashkin dressed Russia’s Olympic team. He also designed the uniforms for the Russian air company Aeroflot and the staff of the Hotel Ukraine in Moscow. In 2010 he redesigned Russia’s military uniforms, creating 85 designs to dress all branches of the Russian armed services.

By 1997 Yudashkin had so many ideas that Haute Couture could no longer contain them and he launched the production of prêt-a-porter line. Interestingly enough, he began with a practical jeans collection, which was sold in his first boutique opened in central Moscow. Yudashkin expanded his designer talent to accessories, shoes, perfume, jewelry and even silverware. 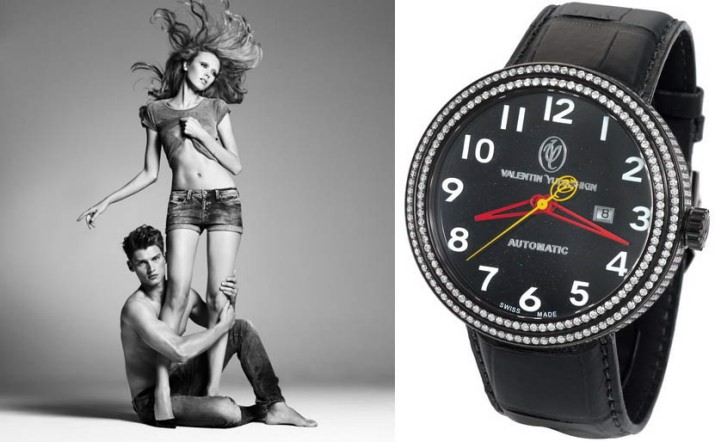 In 1993, Yudashkin realized the dream of his life – his own fashion house. Over the years it refined the Yudashkin brand and made it very attractive in the West. The French Chamber of Haute Couture and Prêt-a-Porter, of which Yudashkin was a member, wanted him to open a workshop in France in exchange for the help the Chamber provided in organizing his Haute Couture collection shows in Paris. For Yudashkin that would have meant living between two countries, the kind of life he didn’t want. By that time he thought he had become strong enough to survive on his own and he refused the services of the Paris Chamber. 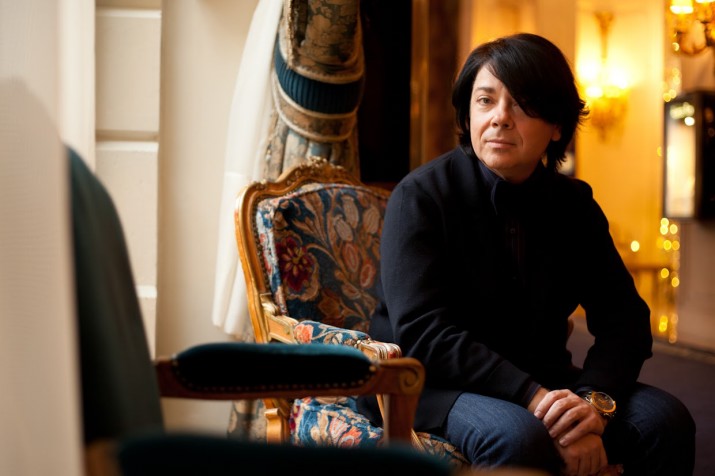 Furthermore, he held his own shows outside the time scheduled by the Chamber, an unprecedented step in the world of fashion, and contrary to all fears, it only made him more popular. Soon his example was followed by other designers. 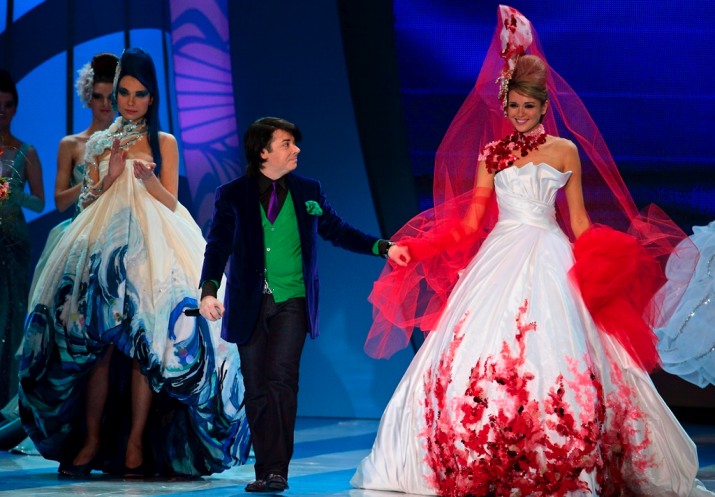 Yudashkin loves change and experimentation. He thinks the most interesting moment of creating a collection is the very beginning. So as soon as he finishes one he starts work on the next. He usually works non-stop day and night while under inspiration, and has very little time for his family. 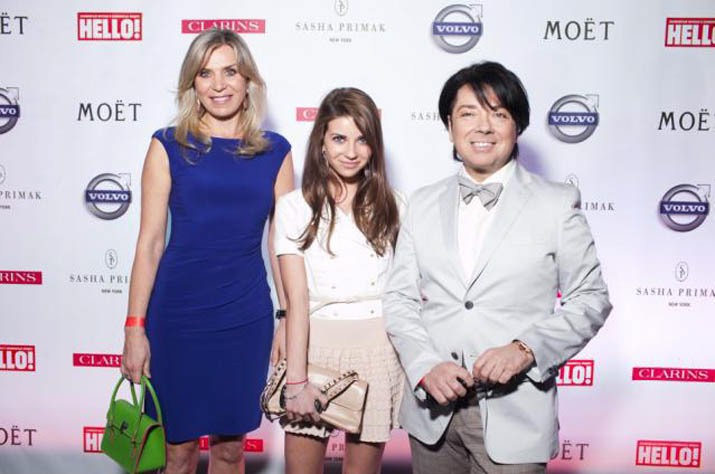 Nevertheless, he always makes a new dress for his daughter for the New Year. As for himself, his dream is to be able to wear his own “special costume” someday. He takes one with him every time he has a collection show to make an appearance on the runway at the finale. However, he hasn’t once worn one – he always so busy backstage that he has to jump out at the last minute with whatever he happens to be wearing at the moment. 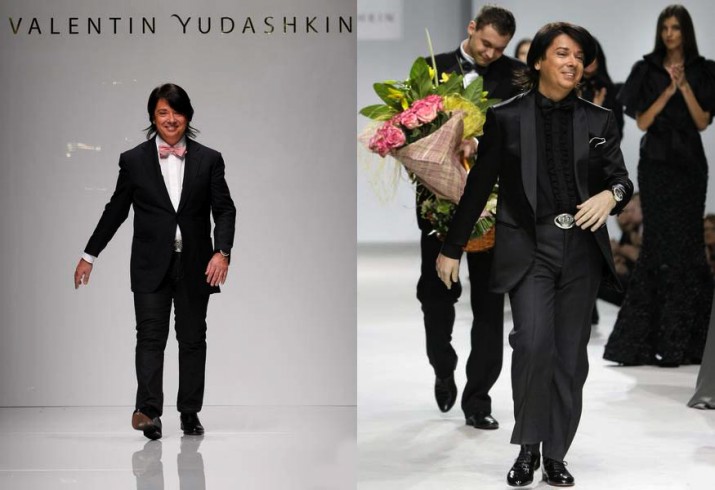 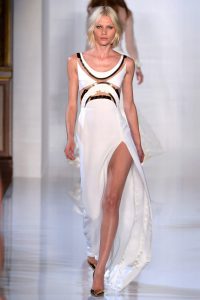