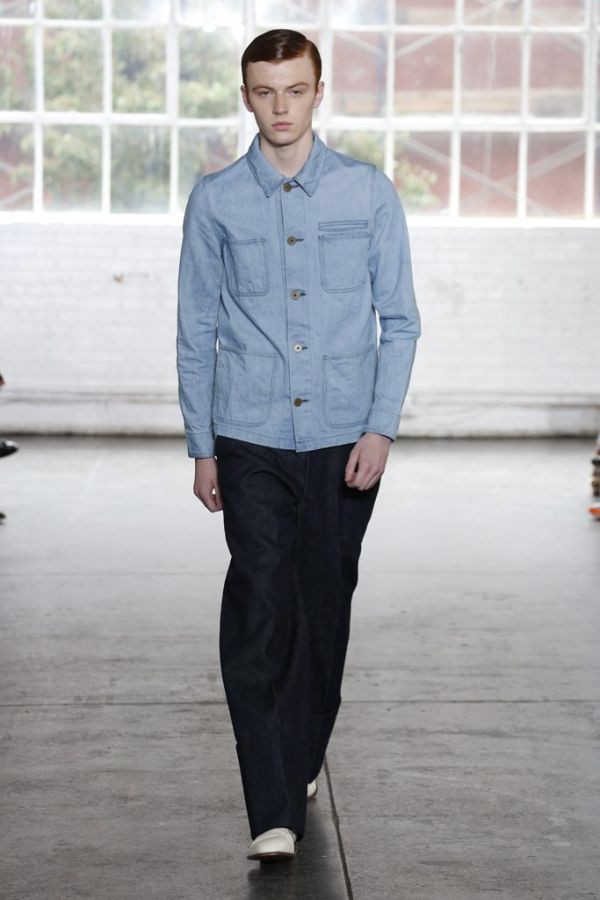 Steven Cox and Daniel Silver are founders of menswear label Duckie Brown.  Daniel Silever ( born 1958 ) is originally from Toronto was cultivated in the North American glamorous and preppie culture of Jackie O, Steve McQueen, Ali McGraw and Marilyn Monroe. He moved to New York in 1981 from Toronto to be an actor. He ended up as a glove designer and then, for 12 years, he worked as a television producer, at talk shows like “Sally,” “Maury” and “Montel.”

Steven Cox (born 1967) is from North London, “that weird, eccentric little island,” he says, that is rooted in punk, the Victorian and Edwardian eras and Dickens. He paid for fashion studies at the University of Liverpool with a job at McDonald’s. “After graduation, I moved on to Pizza Express,” he said. He arrived in New York in 1991 and worked at a Thai restaurant.

The two met in 1992 on Fire Island. Silver stopped by a friend’s house, where Cox was sunbathing in the yard. “He didn’t get up,” Silver said. “He turned slightly and said, ‘Oh, hi.’ ” His attire was not demure. “I had long, blond hair and a black-and-white Speedo,” Cox said. 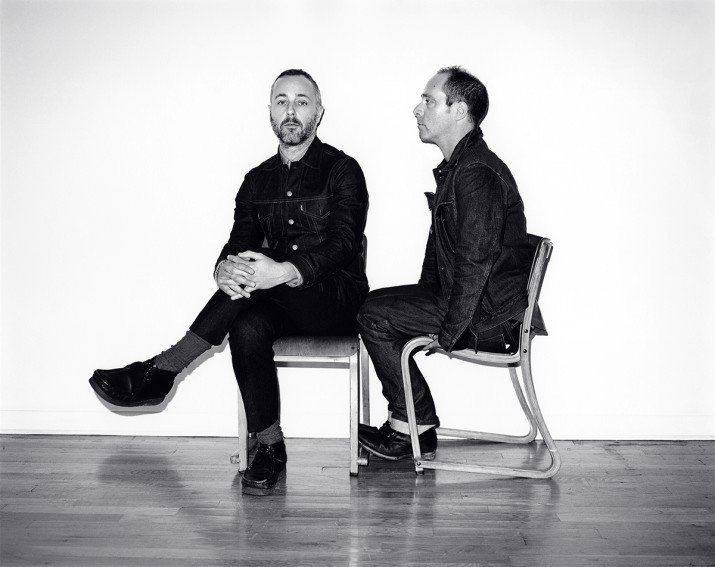 They ran into each other later at a spa-themed party where the attendees wore mud masks. They began dating, and have been together since. In 1994, they moved to the loft that now is their office. (In 2008, they moved to a chic minimal apartment overlooking Prospect Park.)

Cox worked in design at Ralph Lauren, Theory, Club Monaco, Tommy Hilfiger. “I was fired at most places because of arguing with the boss,” Cox said. “I’d hold it in and then explode.” He embarked on a brief career as a Web site stylist for Coach. (He got the job, he said, by using a friend’s portfolio.) “He always wanted his own line,” said Silver, who was tiring of television. “It was always, ‘Duckie, I got fired again.’ I wrote a business plan, and we had some money saved. We jumped into the abyss.” 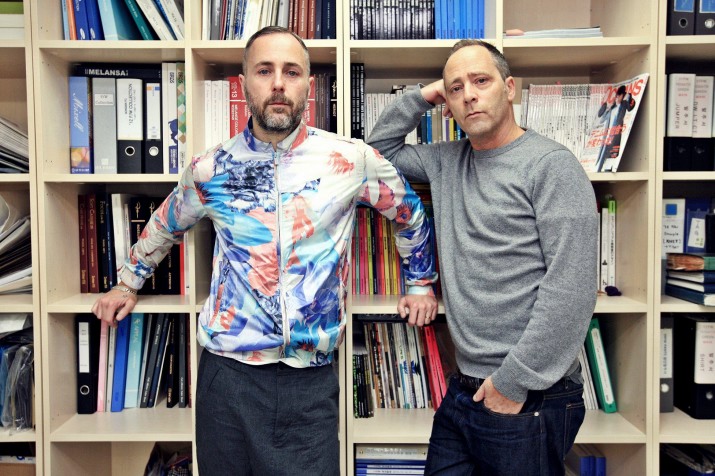 The first Duckie Brown collection was shown at the 2001 GenArt fashion show for emerging designers. “It was with nine other designers,” Silver said. “Everyone did black. Ours was pink and green.” Among the pieces were sequined briefs with built-in gloves and fake urine stains.

“Then we went to the tents,” Silver said. “We learned quickly.” Daniel Silver and Steven Cox, who are partners in business and romance, call each other “Duckie.”  Cox is  the lead designer and Silver contributes to Duckie Brown’s designs, and serves as its business manager. Today the entire Duckie organization consists of the two men and a design associate, David Burris. Everything from PR to show production is done in-house.

In July 2012, Duckie Brown set up a room in the Mercer Hotel for sales appointments for the Perry Ellis line. The clothes hung on racks in front of the large picture window. “Perry’s uniform was khakis and a blue shirt,” Silver said. “So we did an all khaki collection.” The collection is a welcome breath of neutral air in the Skittles palette that characterizes the men’s spring runways. There is a lamb suede baseball jacket, a light-as-meringue two-button blazer made of gossamer nylon and textured suits with a choice of either shorts or, for the less adventurous, long pants. 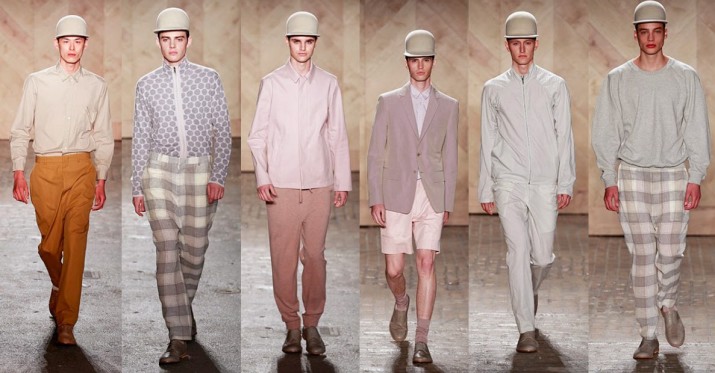 With a fan following that includes the New York Times, GQ, Barneys New York and the industry’s premier stylists, Duckie Brown has been widely praised for its innovation and wit. As one of the few NYC-based menswear labels winning international attention, Duckie Brown is stocked in stores across the world from New York to London to Tokyo.

In 2006, Duckie Brown received their first accolade with a nomination for the CFDA Perry Ellis New Menswear Award. This was followed in 2007 with a nomination for the CFDA Menswear Designer of the Year, along side Ralph Lauren and Calvin Klein. Also in 2007, Duckie Brown was one of the designers featured at in London at the Victoria & Albert Museum show, New York Fashion Now, a retrospective of up and coming American designers. After the show closed, Duckie Brown was honored by the Victoria & Albert Museum by having one of their outfits become part of the V& A’s permanent collection. 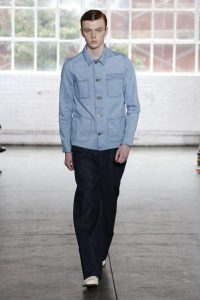