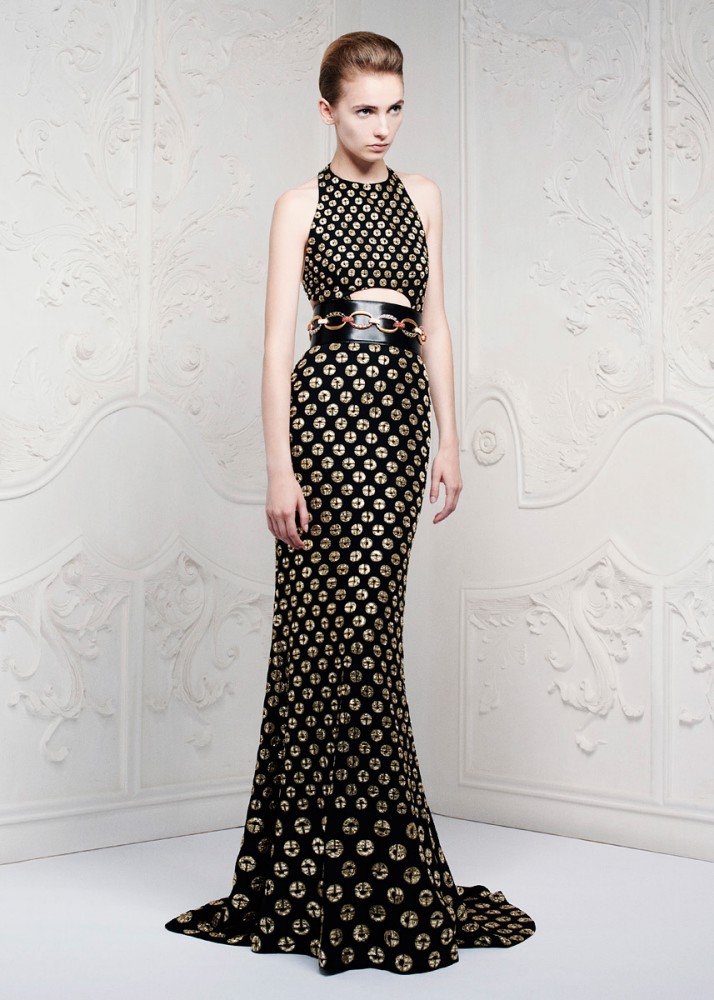 Burton was born in 1974 in Macclesfield, Cheshire, one of five children of Anthony and Diana Heard. She attended Manchester Polytechnic to complete a foundation course, before moving to London to study Print Fashion at Central Saint Martins College of Art and Design in London. She graduated in 1997. "At one point I was going to study Fine Art at Ruskin College in Oxford, but I decided I wanted to pursue my interest in fashion," she said.

While at Central Saint Martins her tutor Simon Ungless, a friend of Lee McQueen’s, suggested Burton be interviewed for a year’s placement at Alexander McQueen. Burton joined McQueen in 1996 as an intern, and subsequently returned after her graduation. She was appointed head of womenswear in 2000 and acted as McQueen’s aide up until his death in February 2010. 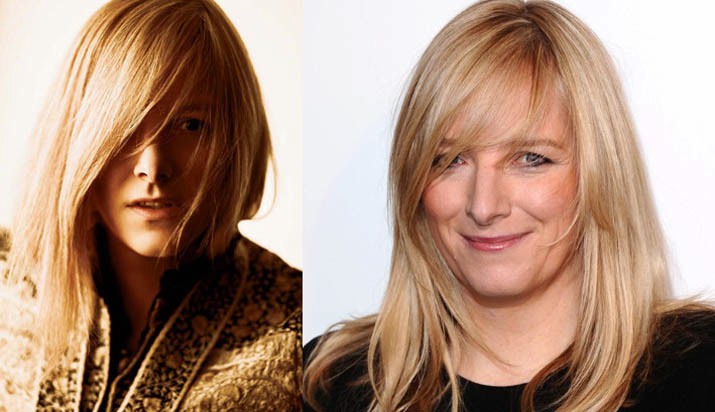 Jonathan Akeroyd, president and ceo of Alexander McQueen, said at the time of Burton’s appointment as creative director in May 2010: "We are delighted that Sarah has agreed to take on the role of creative director. Having worked alongside Lee McQueen for more than 14 years, she has a deep understanding of his vision, which will allow the company to stay true to its core values." Robert Polet, president and ceo of Gucci Group added: "Sarah has a real talent, a close understanding of the brand, and the vision necessary to take it forward. We will be giving full support to Sarah and the team in the coming years."

Burton has admitted that taking over from McQueen was, at first, an intimidating prospect. "I thought: ‘How would I ever begin to begin?’ Lee’s mind was so different to anyone else’s. I knew there was no way I could pretend to be him; but I had to ask myself, what did Lee work for? For all this just to close down? I thought about what I wanted. What was best for me. Like many women my age, I do want children, but I came to think that that’s not a reason not to take up a challenge. In the end I just decided to get on with it: do my best." 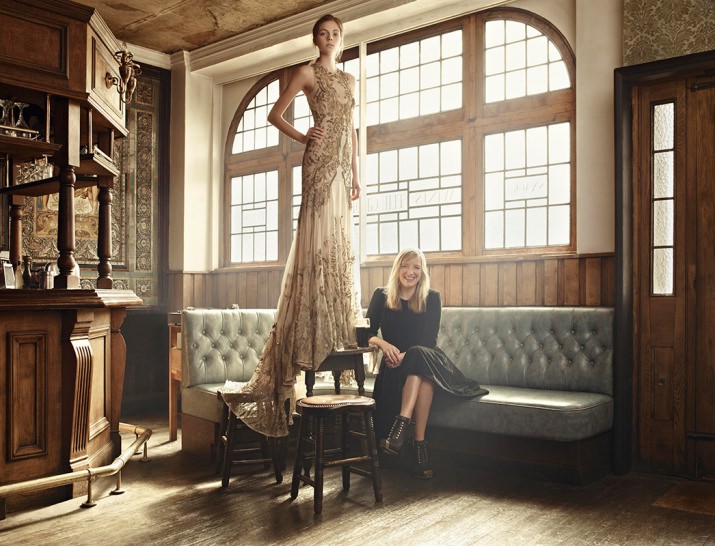 The designer has no plans to replicate McQueen’s signature theatrical shows. "That was very much Lee’s territory – the spectacular show," she told WWD in September 2010. "In that way, I can’t try and pretend to be Lee." She also spoke of her fondness for McQueen: "He was such a lovely man, and his mind never switched off. He was so important to me. You just wanted to make him happy, look after him," she said. "Although I felt that I protected him, now I feel that he protected me."

In September 2010, she presented her first womenswear collection in Paris. It paid homage to McQueen’s dramatic aesthetic but added her own more feminine take. "People ask: what’s Sarah about? But I’ve worked here for so long, there’s been a big part of me in those collections all along the way," she said. "I’m not going to wipe the slate clean. That would be wiping me away. There will always be those McQueen elements, but at the same time, you can never stay still and you have to stay true to yourself. That’s what Lee drummed in to me: you have to be able to stand behind your work."

She credits McQueen for teaching her all she knows about design. "Everything I know I learnt here. If you didn’t know how to do something, Lee made you take on the challenge and would teach you how, or leave you to figure out how to do it yourself. He once handed over a bias-cut houndstooth dress and said, ‘Now, put a zip in it,’ then left for the weekend!"

In April 2011, after months of rumour and speculation, Sarah Burton was revealed as the designer of the wedding dress for Kate Middleton, Duchess of Cambridge. The dress was an ivory silk and lace, long-sleeved, V-necked gown bearing a two-metre train – and was accessorised with a veil made of layers of soft, ivory silk tulle trimmed with hand-embroidered flowers. Burton said: "It has been the experience of a lifetime to work with Catherine Middleton to create her wedding dress, and I have enjoyed every moment of it. It was such an incredible honour to be asked, and I am so proud of what we and the Alexander McQueen team have created. I am delighted that the dress represents the best of British craftsmanship. Alexander McQueen’s designs are all about bringing contrasts together to create startling and beautiful clothes and I hope that by marrying traditional fabrics and lacework, with a modern structure and design we have created a beautiful dress for Catherine on her wedding day". 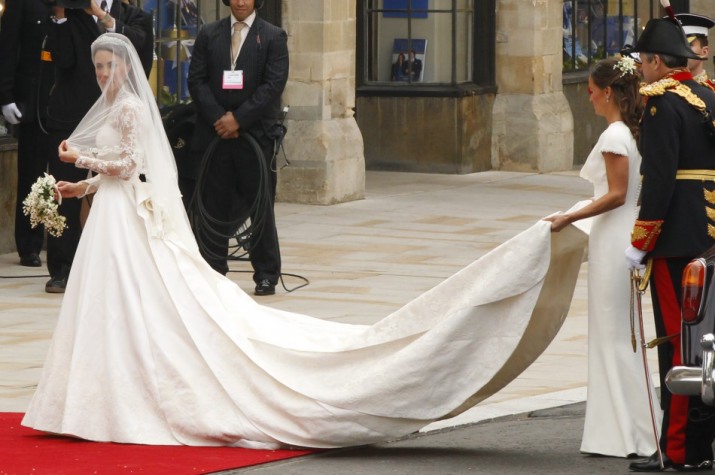 Burton has garnered critical acclaim for the collections she has created since the death of McQueen. The label continues to grow and has seen consistent sales since she took over as creative director. 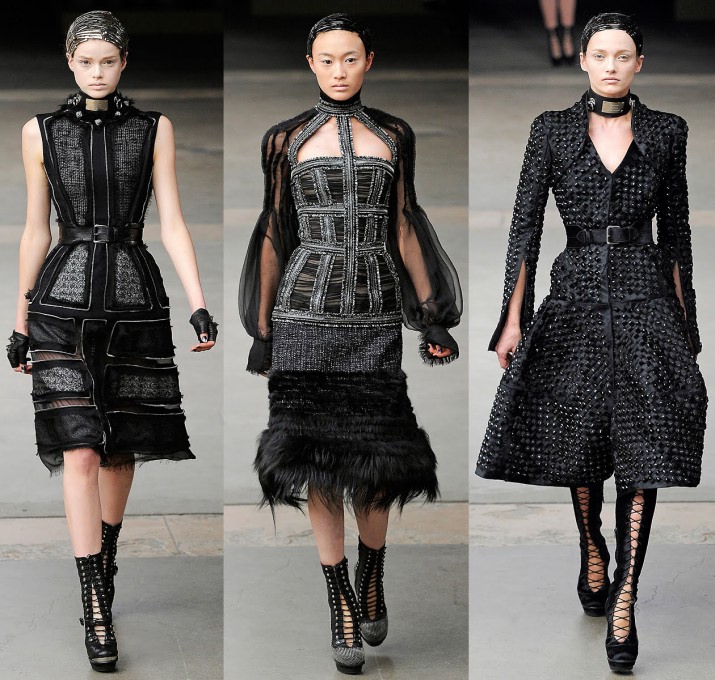 On November 28 2011, Sarah Burton won the Designer of the Year at the 2011 British Fashion Awards.  In July 2012, Burton received an honorary degree from Manchester Metropolitan University where she was a former student, becoming an honorary Doctor of Arts.

Burton was appointed Officer of the Order of the British Empire (OBE) in the 2012 Birthday Honours for services to the British fashion industry. 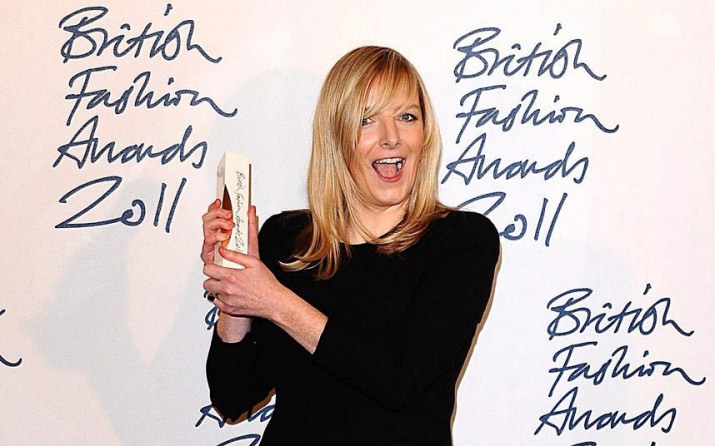 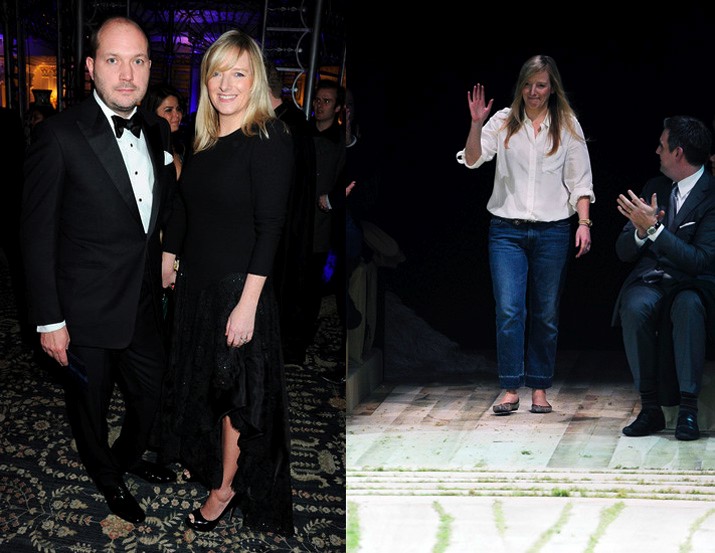 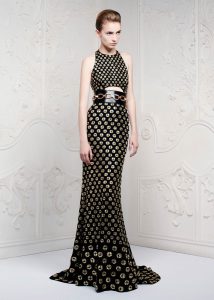