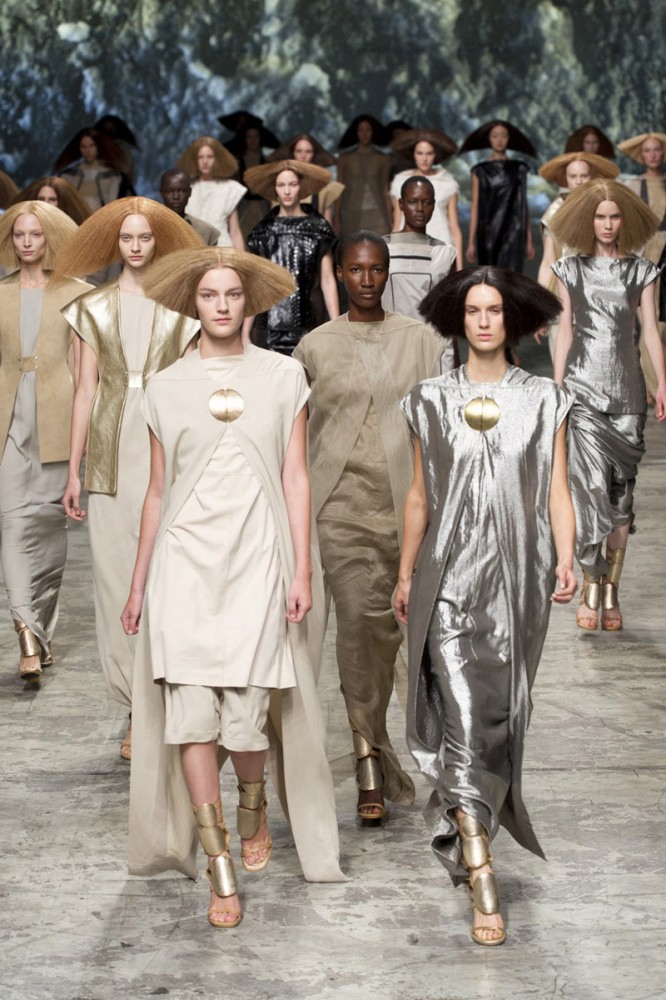 Rick Owens is an American fashion designer from California. Owens was born as Richard Saturnino Owens in 1961. He was raised in a conservative household in Porterville, central California. His parents—who encouraged him to study religion and philosophy—didn’t allow a television into the house until he was sixteen. Not surprisingly, he rebelled as a teenager, and got into hard rock; he was enraptured by Iggy Pop, the godfather of punk, and Alice Cooper.

This juxtaposition—between a quiet, sheltered childhood and the radical cacophony of a mid-seventies club—has been one of the biggest influences on his designs. “Rick is the rebel,” his father, John, told The New Yorker in 2008. “He’s a born nonconformist.”  After high school, he studied fine arts at the Otis College of Art and Design in Los Angeles for two years before dropping out and taking pattern-making and draping courses at Los Angeles Trade-Technical College, leading to work in the garment industry doing knock offs of designer clothing.  “I just wanted a skill, I wasn’t very ambitious then.”

Soon he was clocking hours at knockoff factories around L.A. It wasn’t the typical career path for an aspiring young designer, but it eventually paid off when it led him to Michele Lamy, an exotic Frenchwoman who ran a sportswear company in the city and shared his taste for the sinister. He went to work for her; they fell in love, and business and pleasure mingled under one roof. 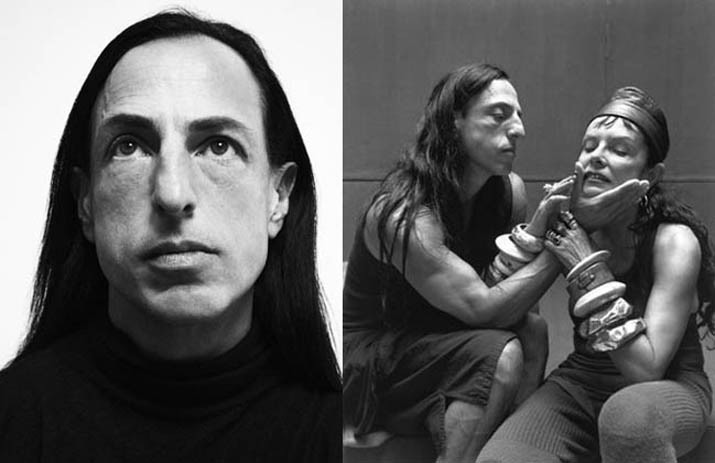 In addition to her fashion line, Lamy owned several nightspots, and she helped expose Owens’s designs by wearing his distressed T-shirts and skirts. Hip restaurant patrons, including Courtney Love, started asking about what Lamy was wearing, and coming over to the couple’s home to buy a few things. Around the same time, in 1994, Charles Gallay, an L.A. retailer, started buying up the collection. The Rick Owens brand of dark basics caught on like wildfire. 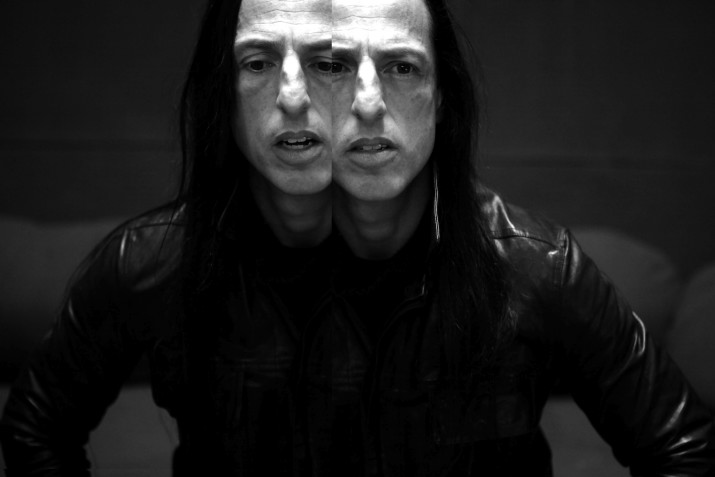 His own label, begun in 1994 found a following, selling exclusively to Charles Gallay, a pioneering Los Angeles retailer who kept Owens in business for several years. In 2001, he signed with Italian sales agent Eo Bocci Associati for worldwide distribution, and his production moved to Italy. 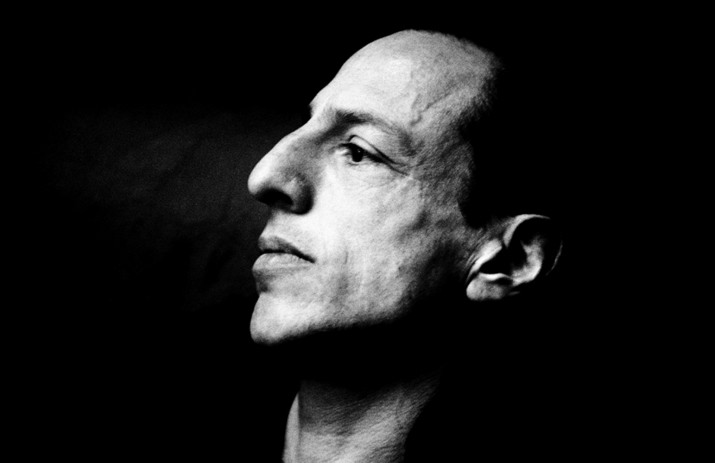 He began to receive attention when an image of Kate Moss shot by Corinne Day appeared in Vogue Paris, featuring one of Owens’ fitted distressed leather jackets. He showed his first runway collection in September 2002 during New York Fashion Week. At this time, he accepted the post of artistic director at Revillon, the French fur maison founded in 1723.

Working and producing in Europe led him to his decision to move from Los Angeles to Paris and show during the Paris collections. He also began his longstanding collaboration with stylist Panos Yiapanis, who has been working with Owens on all his catwalk shows to date. 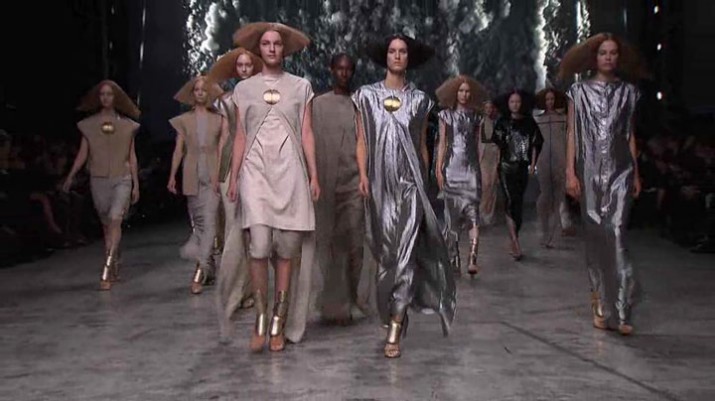 In 2002 he won the Council of Fashion Designers of America Perry Ellis Emerging Talent Award. In 2007 he was awarded a Cooper-Hewitt National Design Award and the Fashion Group International’s Rule Breaking award. His look has been described as "glamour-meets-grunge. Called a “minimalist goth” designing “high priestess shrouds” his work is exemplified by architectural jackets and bias cuts wrapped around the body in somber tones. 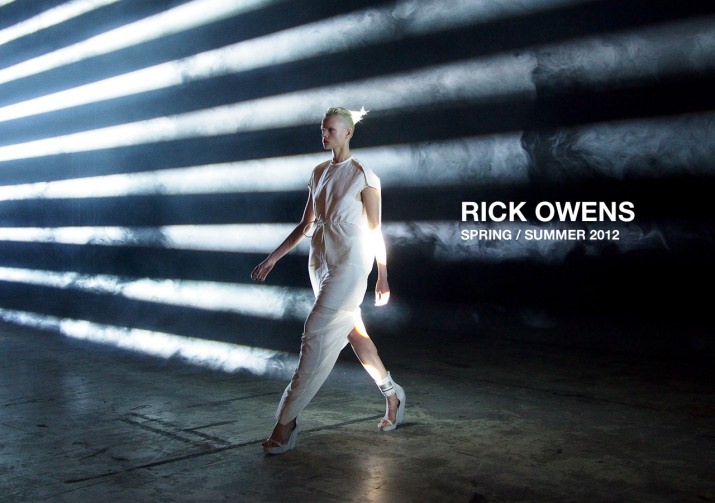 He is married to Michele Lamy. Since 2003, he has lived in Paris. 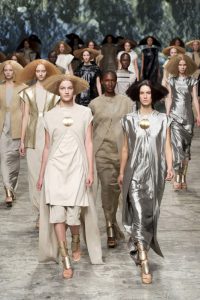