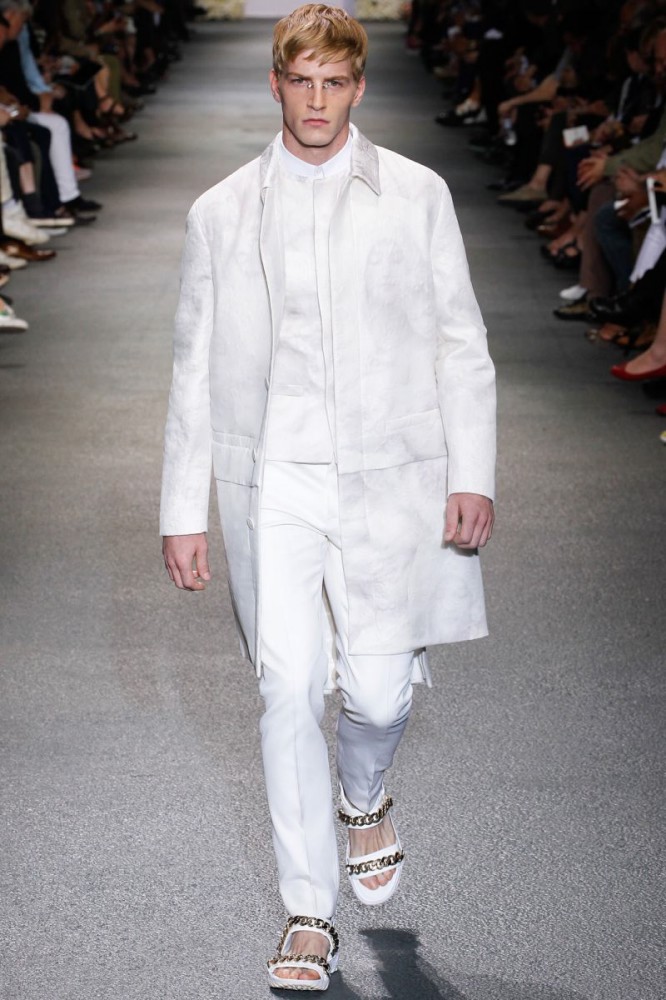 Riccardo Tisci is the creative director of Givenchy, one of the world’s most respected French fashion houses. Since his appointment in 2005, he has made the label his own – adding his own melancholic, often Gothic and sometimes fetishistic, design take.

Tisci was born in Taranto, Southern Italy, in 1974. He has eight sisters, something he says has influenced his design aesthetic. &quot;I love romanticism and sensuality, maybe because I come from a family with eight sisters,&quot; he told the New York Times in 2007.

At the age of 17, he left Italy to study fashion design at Central Saint Martins in London. After graduating in 1999, Tisci worked for a succession of companies such as Puma and Coccapani before signing a three-year contract with Ruffo Research, which launched the careers of a plethora of fashion designers, such as Sophia Kokosalaki.

Once his contract had expired in July 2004, he set up in September&nbsp; his eponymous label, showing his first collection in Milan for the autumn/winter 2005-06 season. On February 28, 2005, Riccardo Tisci was officially appointed as the creative director of the Haute Couture, ready-to-wear and accessories lines for Givenchy, a job he almost turned down. 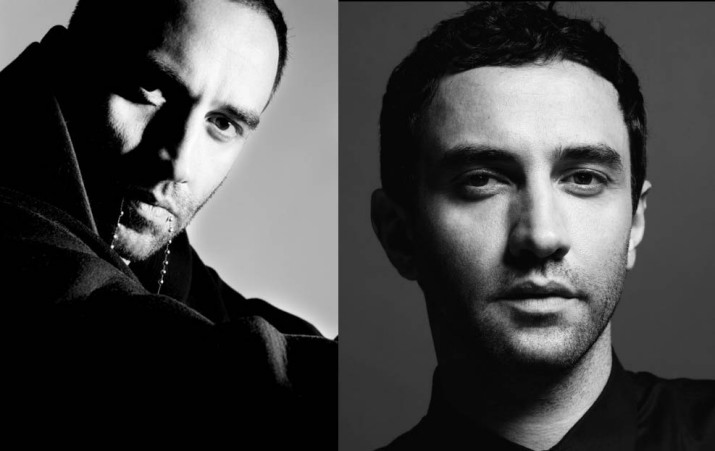 Tisci’s original plan was to focus on his own fashion line, however upon finding out that his mother was about to sell her house to help his sisters, he decided to accept Givenchy’s offer. &quot;[…] my mother called me and said to me, ‘I am going to tell you something I haven&rsquo;t even told your sisters: I think I am going to sell our house because your sisters are struggling, they&rsquo;re having children, they need the money. I will go to a retirement home.&rsquo; When I heard that it was like a knife in my heart. I felt like such a failure, that my mother had to sell the house of my father whom I don&rsquo;t remember. And then I went to Paris, and they showed me a contract with all these zeros on it, and it was like help from God. I thought ‘If I sign this, my mother will never have to worry again.&rsquo; So I signed it.&rdquo; Givenchy boss Marco Gobbetti, spoke of Tisci’s appointment as being a &quot;perfect fit for us&quot;. Gobbetti adds, &quot;He [Tisci] has an elegance that is very modern, very contemporary and romantic at the same time&quot;. 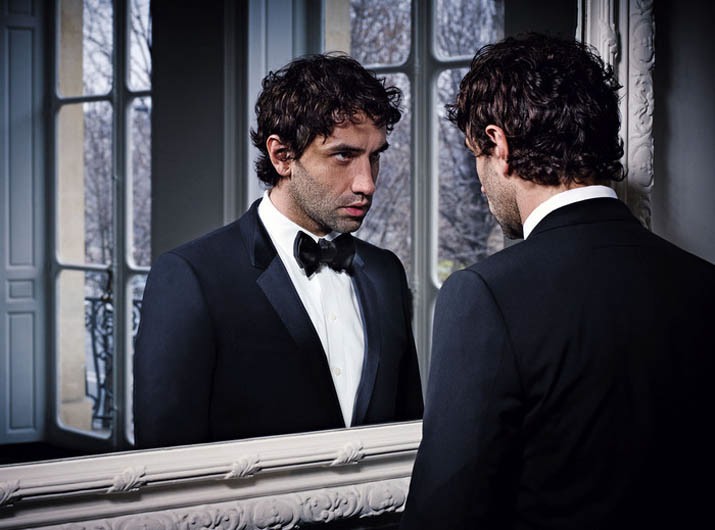 Unlike the various designers before him who succeeded Mr. Givenchy himself, Tisci has encountered great success, both critically and financially. Riccardo Tisci’s runway presentations are highly stylized in terms of architecture and space. Tisci says of this; &quot;My way of showing is very melancholic… I love romanticism and sensuality&quot;. 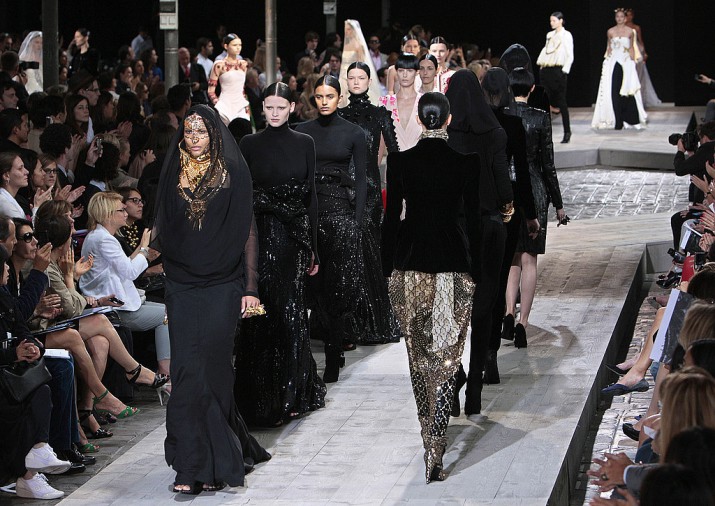 Tisci admitted that he found the prospect of designing couture initially daunting. &quot;In the beginning, to be honest I was super-scared,&quot; he told Dazed Digital in January 2011. &quot;I turned up and took a step back and said, ‘I am here to learn,’ and I feel the same today. I’ve got only to learn from these people because they have been doing couture for 30 or 40 years, so I keep learning every season.&quot; 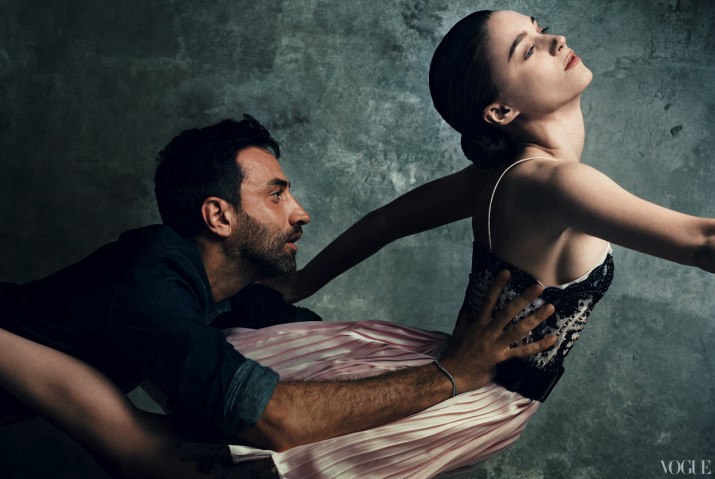 Since his appointment, the designer has helped the label boost its sales considerably. &quot;When I arrived we had five customers. Now we have 29,&quot; he told the New York Times in 2007. Tisci caused a media stir in May 2010 when he cast the first transgender model in a catwalk show – the now well known Lea T. Lea worked as Tisci’s assistant before the designer asked her to walk in his show. &quot;She’s always been very feminine: super-fragile, very aristocratic. She’s part of the family,&quot; he told WWD. 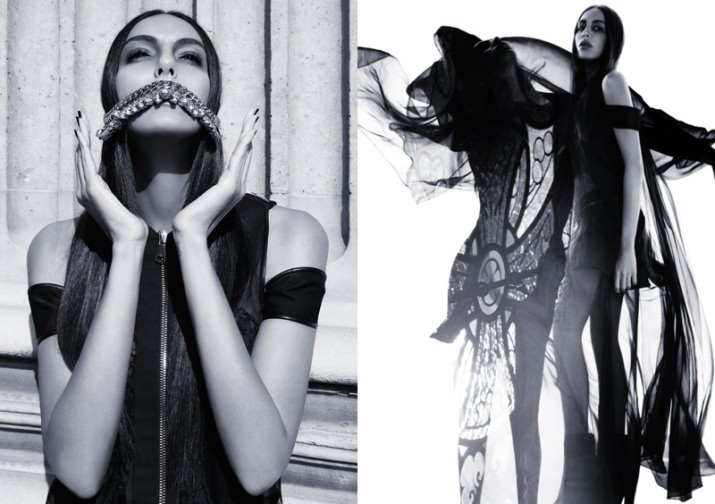 In August 2011 he produced the album artwork for Jay-Z and Kanye West’s collaborative album Watch The Throne. In February 2012, Tisci collaborated with Madonna by designing her Super Bowl costume. Inspired by several of Tisci’s archive Givenchy looks, the outfits – which were all changed on stage during Madonna’s 12-minute set – included an all over hand-embroidered gold cape; a black mini dress worn with a hand-studded belt; and an embellished black coat. 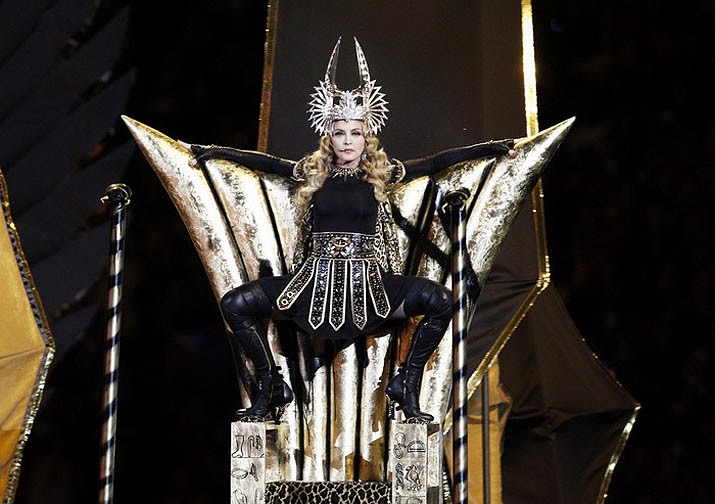 Adopting a juxtapose theme of vivid nature, the Fall/Winter 2012 selection standed out with its range of bold T-shirts, sweaters, button-downs, and their synonymous Givenchy quilt and Swarovsky Strass nose rings. 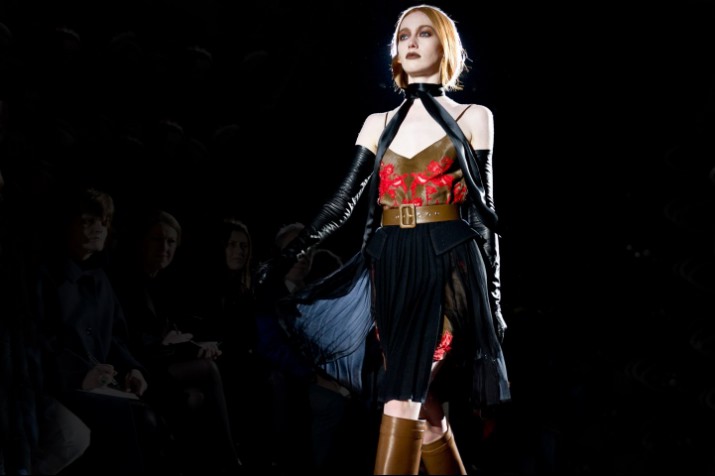 Combining religious, street and high-fashion elements, Riccardo Tisci‘s Spring/Summer 2013 Givenchy footwear collection includes recognizable silhouettes while venturing bravely into sacrilegious territory. As if to contrast with the season&rsquo;s heavenly thematics, an array of sandals ground the new offerings, drawing from both athletic influences and luxury signifiers — sporty soles and gold chain accents most notable among them. Meanwhile, strapped sneakers, running-based and formal silhouettes in bright and neutral hues bring this season&rsquo;s footwear assortment down to earth, offering more conventional options for fans. 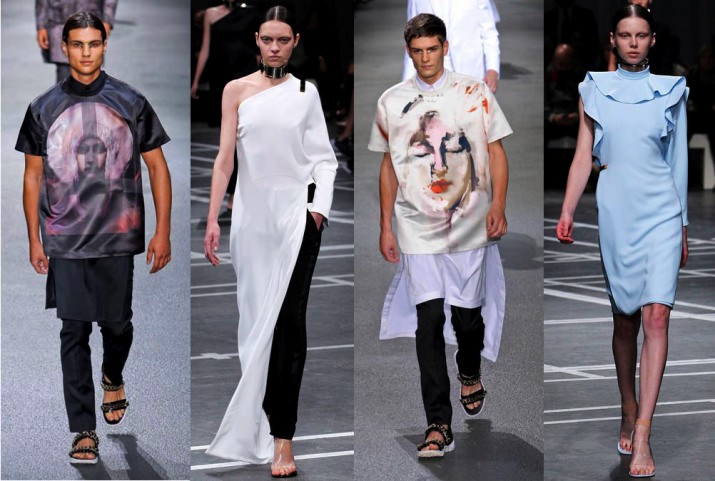 The collection of SS 2013 makes use of an eclectic selection of prints and patterns with both religious iconography and military jets being featured heavily. The accessories collection includes backpacks, a satchel, and a selection of pouches. Highlights include the fern-inspired printed pouch, the matching backpack with brown leather pockets, and the sleek black leather pouch with black star logo.

In 2012 GQ named Riccardo Tisci Designer of the Year. 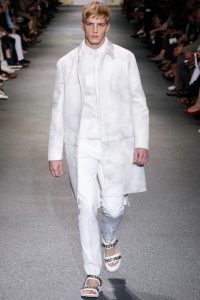