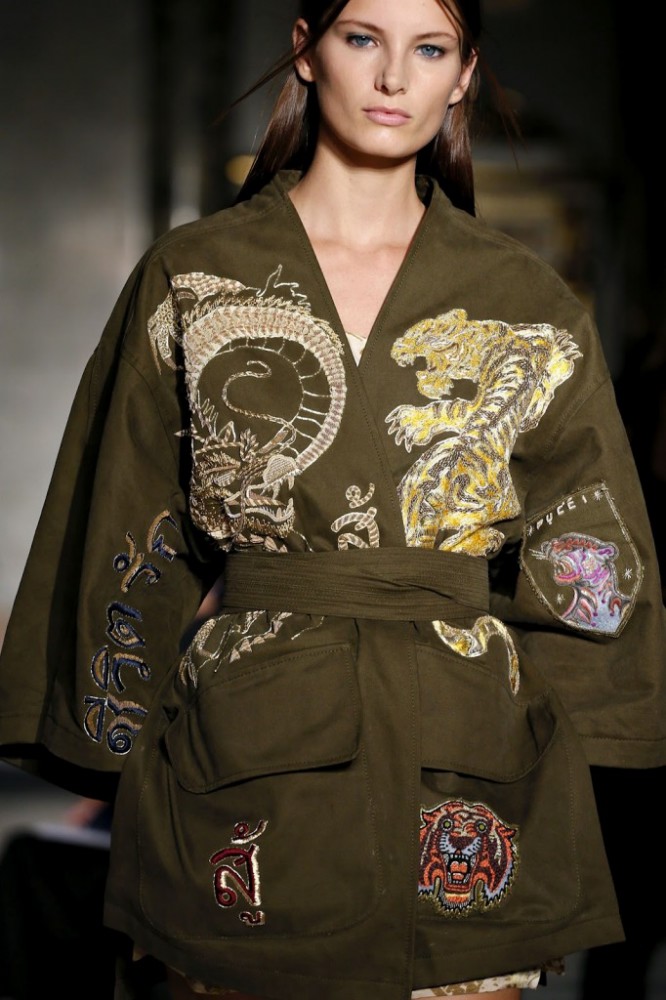 Charming, engaging, attractive — those are some of the words to describe Peter Dundas.

Peter Hyde Dundas was born 1969 in Oslo, Norway, to a Norwegian doctor father and American mother, who was part of the Houston symphony. When he was  four, his mother died of influenza.  Dundas’s father struggled to raise the young boy.  “He dressed me in things that he thought were appropriate based on his recollection of what he wore when he was a child. It made me look like a bit of an oddball, so I would have to go to a flea market, digging through the racks looking for something I could wear."

Peter began customizing these thrift finds on his sewing machine. In 1978 at 9, he was discovered by a casting director of a regional theater company. He spent much of the next three years on stage. “I bought clothes with my first paycheck, I didn’t buy toys,” he later said.

He moved to Indiana with his family to live with his mother’s relatives aged 14. After graduating from high school, he set off for New York City to attend Parsons the New School for Design. "The countless hours I spent figure drawing developed my obsession with the female body," he said. "To this day, I have never tired of complementing it with cut, colour, and pattern." In 1990 he graduates from Parsons. 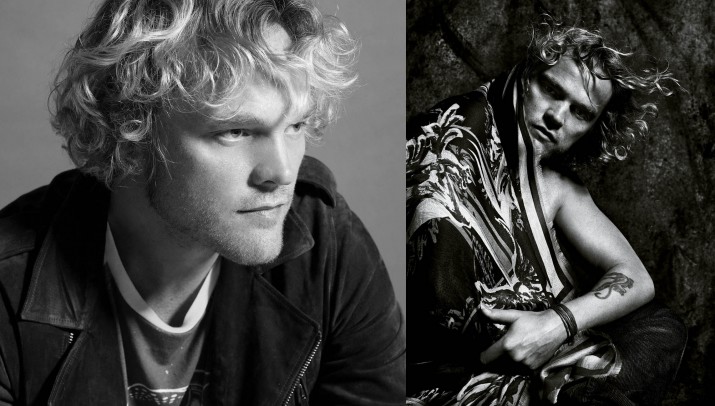 Dundas began his career as an assistant costume designer for the Comedie Française in Paris. In 1992, he became the design assistant to Jean Paul Gaultier where he remained for eight years. “We had a discussion about pushing limits, and he told me that I should always include one aspect of familiarity in whatever I do, and that way I’d get away with a lot more,” Dundas later recalled of his mentor. “Since then I have always tried to locate something classical in everything I design, which I think lends rigor to the garment.” 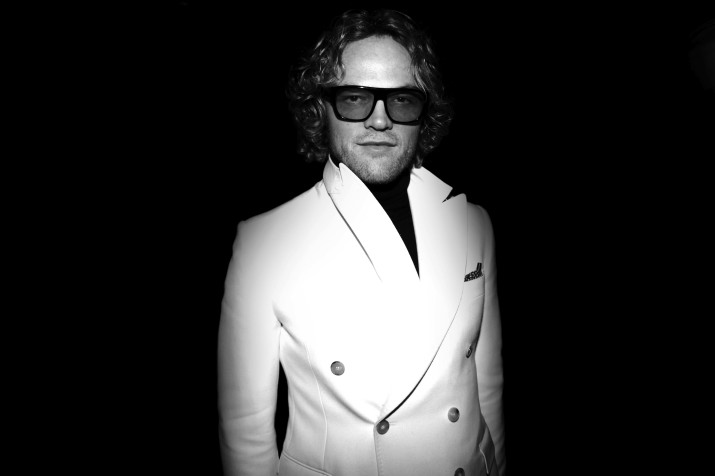 In 2000 Dundas moved to Christian Lacroix, where he was able to call upon his experience and develop his flair for striking colours and pattern. In 2002, Dundas moved from Paris to Florence to become the chief designer at Roberto Cavalli, where he stayed until 2005. "The greatness of the city, which unfolds in the morning hours, is humbling and challenges me to make my mark," he explained of his time at Cavalli. "But it also provokes me, and permits a certain naughty, punk side of me to unfold."

He became creative director at Emanuel Ungaro in 2005, a tenure that lasted until 2007. "I want to thank the House of Ungaro and say I am proud to have worked alongside the wonderfully talented people there and wish the company continued success."

In 2007 Dundas parted ways with Ungaro and consulted for Dolce & Gabbana. In January 2008 he was appointed creative director of Revillon. In February the same year he showed first collection for Revillon, inspired by rock chicks Marianne Faithfull, Anita Pallenberg, and Kate Moss. In March 2010 Dundas left Revillon.

Dundas became the artistic director of Emilio Pucci in October 2008. A Pucci spokesperson said in a statement: "Peter Dundas, who is one of the most promising designers of his generation, possesses a creative talent and personality that fit with Pucci’s spirit and with its colourful and modern identity." 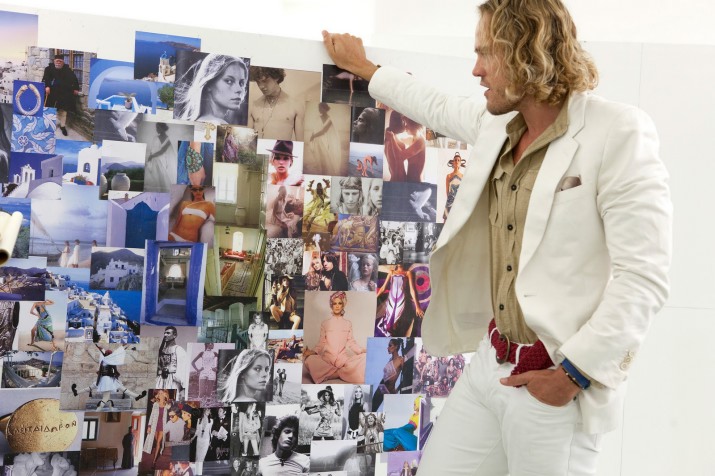 Dundas claimed he is not intellectual as a designer, rather he is influenced by spontaneity and instinct: "It’s important for me, in creating for it, to really play with the traditions and keep things simple and easy." He explained further by saying; "Whatever I’m into at the moment is usually what becomes the collection. Last year I was super into diving, and the whole collection that season became about aquatic life. The year before was my first collection for Pucci, and I was just starting the job and working in his Renaissance Palazzo, where Pucci is headquartered, so that inspired me." 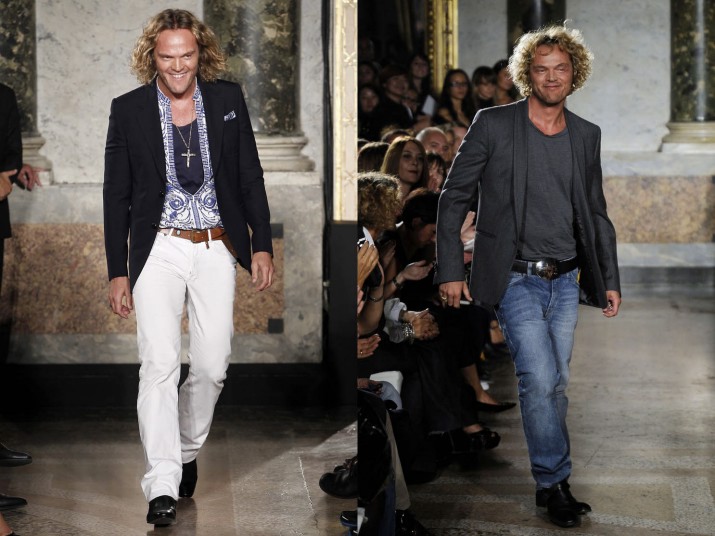 He found an unearthed path at Pucci: "I wanted to explore the nightlife part of the label. I found all this fringing that reminded me of Oriental opium dens and when I started working with gold jacquards, gold lace – it’s nocturnal, a bit dangerous." 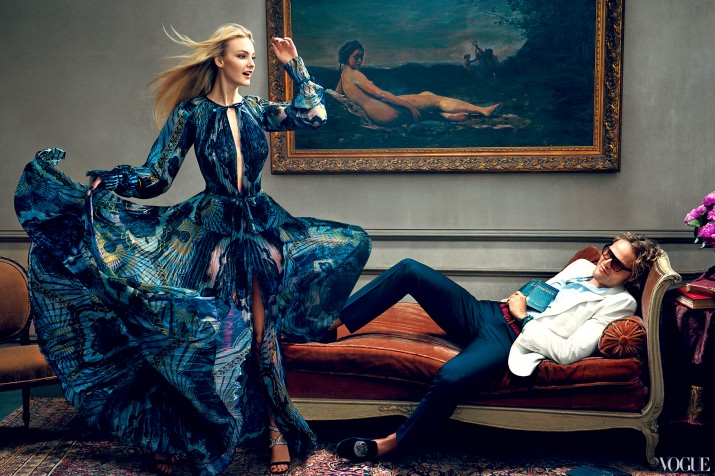 His biggest muses in fashion are rock stars’ girlfriends such as Anita Pallenberg and Marianne Faithfull. He admitted that he would love to do haute couture.
His penchant for short dresses comes from a love of a particular part of the female body: "There’s something about a very short dress. I love legs, I love, love them." "The sexiest thing is body language – someone who knows their body and speaks with their body." 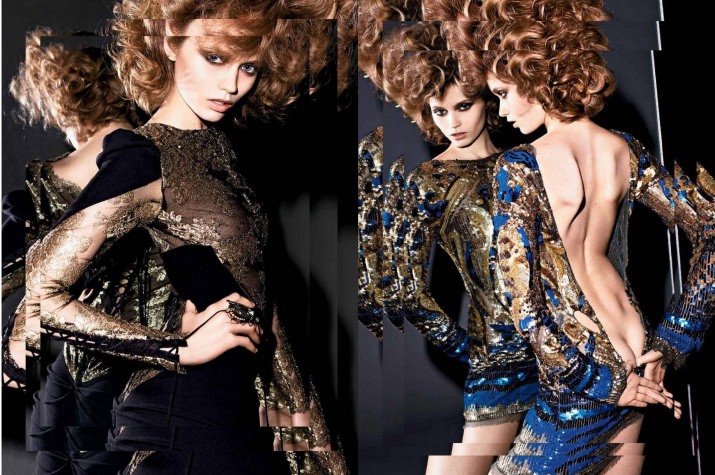 He currently divides his time between the Pucci headquarters in Florence and Paris, where he has lived for 15 years. As most fashion people know, Dundas likes to have a good time, and his clothes reflect that. Even the dresses and gowns he has designed for Pucci, some of which eschew prints altogether, have a kind of subversive mischievousness about them—a surprising color, a body-clinging silhouette, a plunging neck- or back-line. There’s an insouciance about convention and decorum, a kind of sexy, fun-loving, get-up-and-dance quality to the clothes—and, by extension, the women who wear them—that’s perfectly, if precariously, tantalizing. 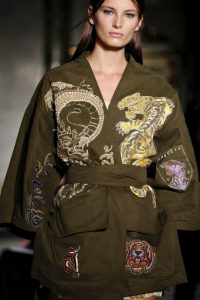