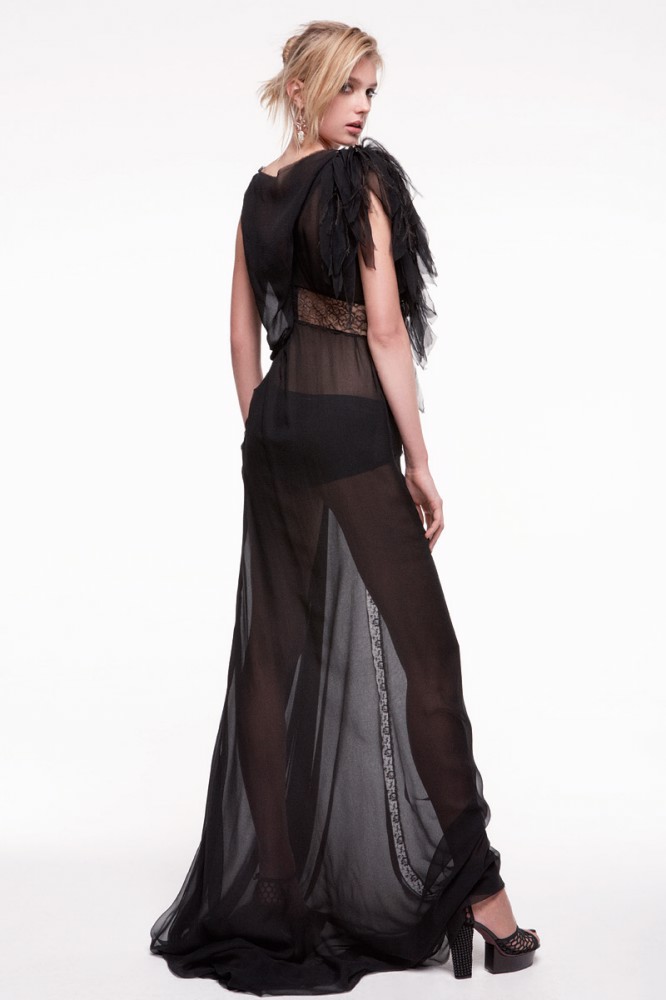 Peter Copping was born in United Kingdom in 1966. He was raised in the English countryside, just outside Oxford. His father was in the Royal Air Force, and his mother stayed at home with her son and his older sister. “We lived in quite a big house that was divided in two,” Copping said. “My grandmother lived in one side, and we lived in the other.” When the former was finished reading the polite magazines favored by women of a certain age during that time—titles like The Lady and Country Life—she passed them on to her young grandson.

Every Friday, Copping visited the local antiques store after school. “When I was about 9, I’d buy things with my pocket money.” He sold much of that “collection” in his early teens to purchase a state-of-the-art bicycle. “My parents encouraged both me and my sister to have a good work ethic,” he said. “We were spoiled in some ways—she had a horse, and so did I—but we were encouraged to work for things as well.” 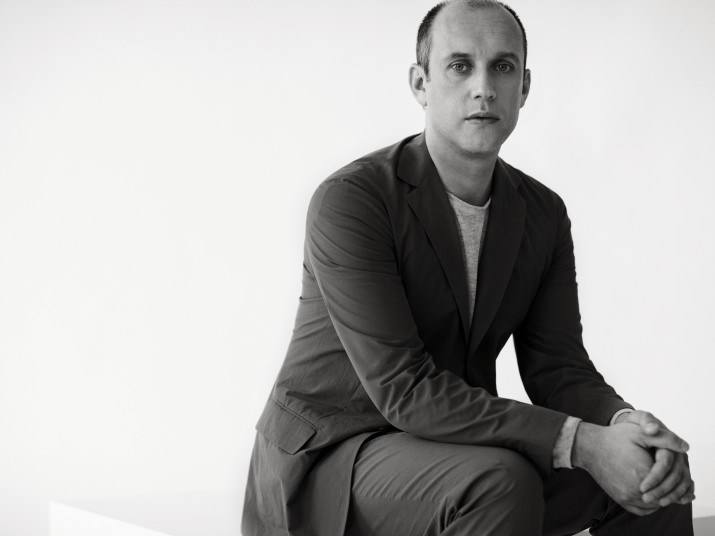 He attended Central Saint Martins College of Art and Design, a renowned fashion school in London, and the Royal College of Art, obtaining master’s degrees from both. Copping’s first exposure to the rarefied world of haute couture came in 1990 while studying at London’s Royal College of Art when he was sent to Paris for an internship in the atelier of Christian Lacroix. 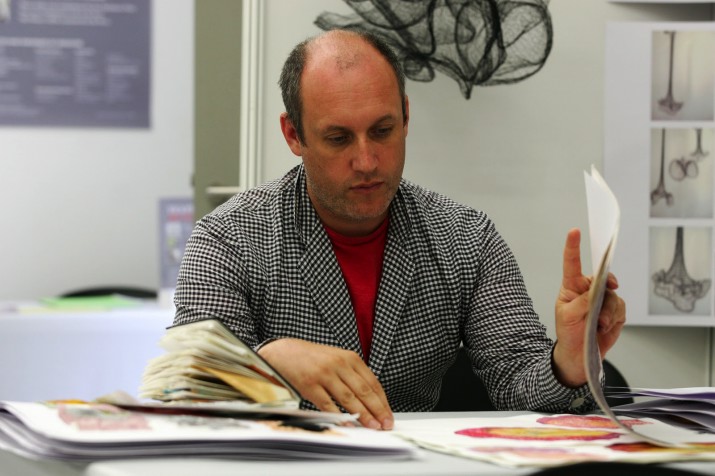 After graduating, he went to work for the Italian company Iceberg, before returning to Paris to accumulate knowledge and skills at Sonia Rykiel, thereby establishing his own tailoring techniques. In 1994, Copping was selected by Marc Jacobs of Louis Vuitton to be a member of his small team. He took this as an opportunity to obtain comprehensive knowledge in the creation of luxury wear.  Copping was selected to be a Nina Ricci designer in 2009 and exhibited in the 2010 Spring-Summer Collection. Since then he has been involved in expressing the Nina Ricci world. "My heart is with French design," he said. "And this is a very French house." 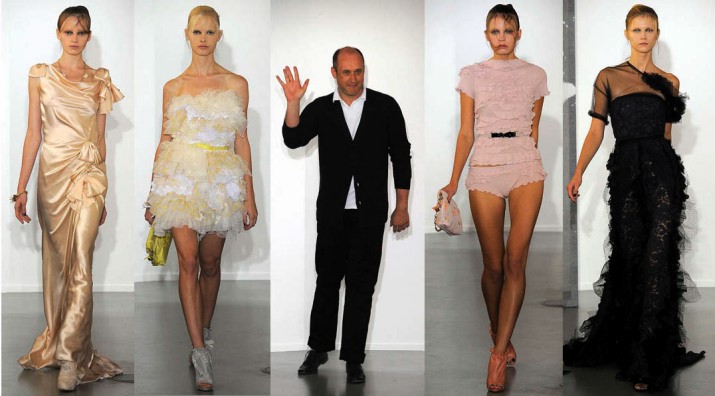 Since his appointment as creative director of Nina Ricci in April of 2009, he has gently returned the house to its core values. Copping’s attention to detail and his desire to create flawlessness fashion works well with his zen like approach to designing his collections.

The Spring 2010 show was about all about the house’s “signature codes” — bows, lingerie, lace — Copping said, and he’s keen to add capsule lines of lingerie and wedding dresses soon. Reception of his earliest collections, beginning with Spring 2010, was positive, but coming on the heels of a critically and commercially uneven period for the brand (four creative directors had passed through the company in the previous 10 years), caution understandably preceded a full embrace of the British-born Copping’s arrival. 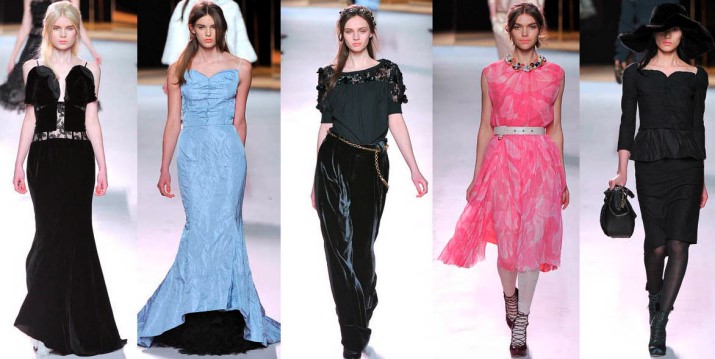 With his Fall 2012 collection, however, the 45-year-old designer seems to have proven a canny choice as steward of Nina Ricci’s ultra-feminine legacy of romantic dressing. House staples such as liquid satin blouses, tweed jackets and skirts, and little black dresses are modernized and playfully distorted by overlong sleeves, asymmetrical fur collars, and an abundance of lingerie details like sheer silk insets and lace trim. The idea, he says, was to reintroduce some couture touches that connect to the Ricci past as well as to his own. 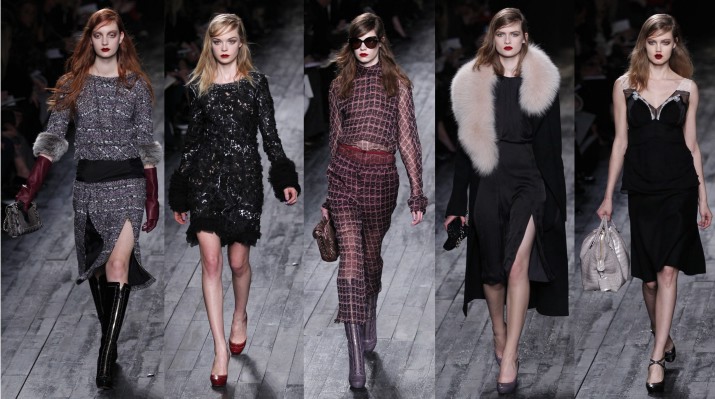 Peter Copping was the star of the third day of the Paris Fashion Week 2012; his models walked the ramp in a stunning range of soft-hued and sophisticated cocktail dresses. He opened his Spring/Summer 2013 show with a theatrical twist… a shower of cherry blossoms to capture the mood of a receding spring and the collection itself drew heavily on the spring and summer feel, featuring as it did floaty creations ranging from chiffon tops to knee-length dresses. 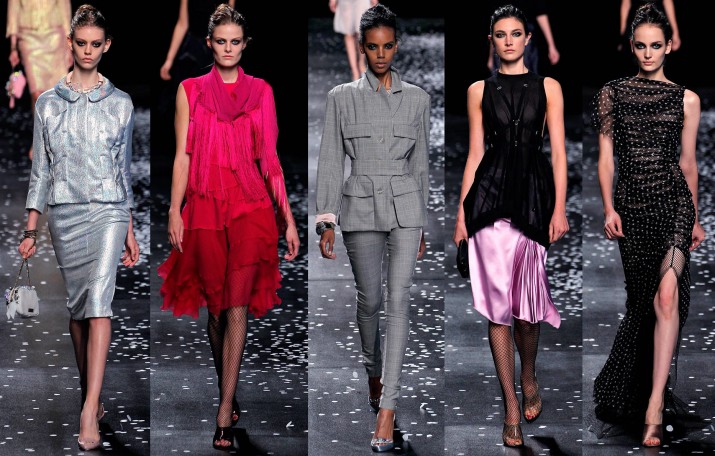 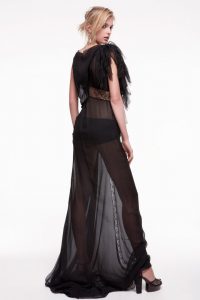