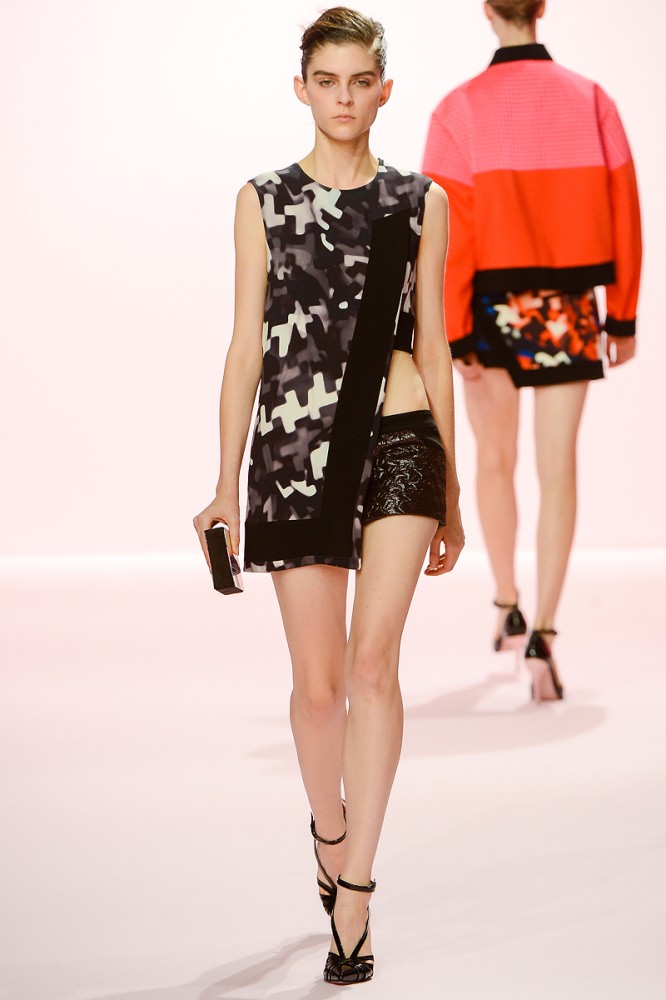 The story goes that he created his first fashion collections between the ages of 7 and 10, designed one at the age of 12 for Carlota Joakina at Sao Paulo Fashion Week. After moving to Paris in 2008 to attend Studio Berçot and further his skills, shortly after he started to work as a Junior Designer at Lanvin under the direction of Alber Elbaz.

Pedro’s label was launched in 2010, and combines technolgically advanced fabrics and methods of production with old world couture techniques, tailoring and materials, resulting in a contemporary and decisive vision. The collections reflect his Brazilian heritage and his desire to create urban couture.

For his first show outside of Sao Paulo, Lourenço sent out sharp, futuristic dresses, coats and pants made out of panels of leather, plastic, and grey double-faced wool felt. Leather and plastic strips sewn into beaded, venetian blind-like grids added extra dimension to many of the pieces. “I’m lucky that my parents have really good factories, but still, I was pushing, pushing, pushing the seamstresses on some of these techniques,” Lourenço says. 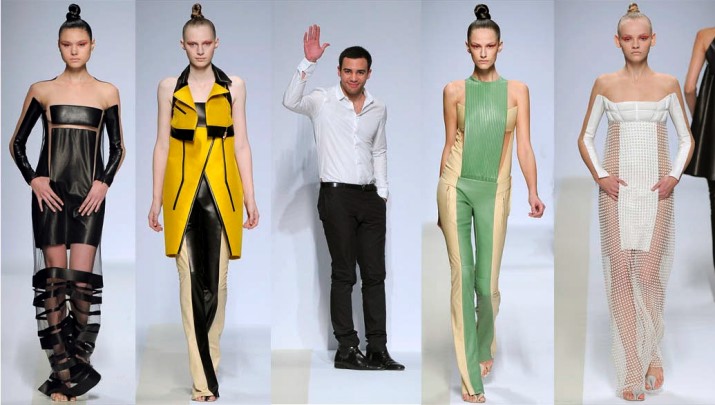 Lourenço took to sewing when he was still a toddler, and since the onset of adolescence, intermittently handled his mother’s diffusion line, Carlota Joakina. His parents swear up and down they never pushed him into his field. “In fact, we couldn’t have stopped him if we tried,” says Coelho. More recently, Lourenço spent a month working for Giambattista Valli in Paris. Longtime supporters include Vanity Fair’s Michael Roberts, the Brazilian designer Alexandre Herchcovitch, stylist Brana Wolf (who worked on Lourenço’s show this season) and jewelry designer and style icon Judy Blame. 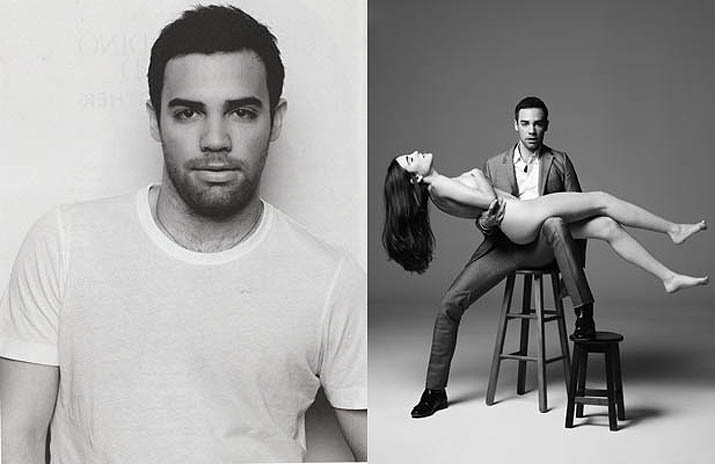 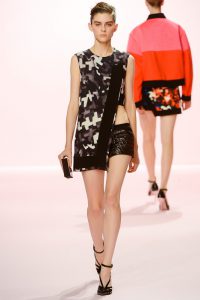