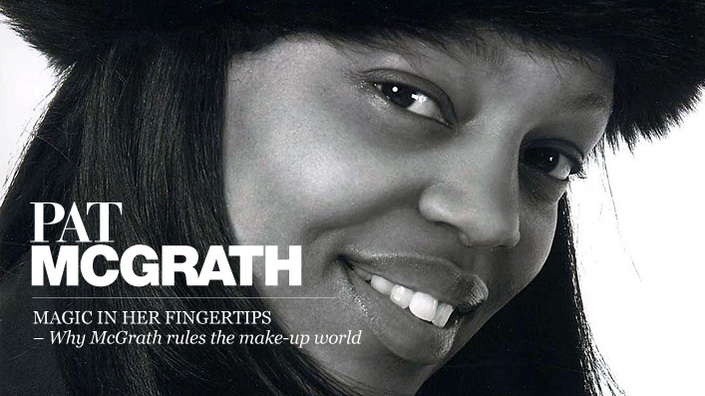 Who would have thought that a Jamaican immigrant would give birth to one of the top makeup artists backstage today? Pat Mcgrath was raised in Northampton, England by her mother Jean McGrath. McGrath credits her mother for love for makeup and fashion, saying Jean would comment on clothes as they watched classic movies together.

McGrath completed a foundation course at a Northampton College. In her career, she said “I really love being a makeup artist. It never gets mundane or predictable and every shoot and show is different”.

McGrath’s career breakthrough came while working with Edward Enninful, which was then fashion editor of i-D magazine in the early 1990s, when her innovative use of color “brilliantly solved the world’s ennui with grunge” and helped launch i-D to a position of international importance. 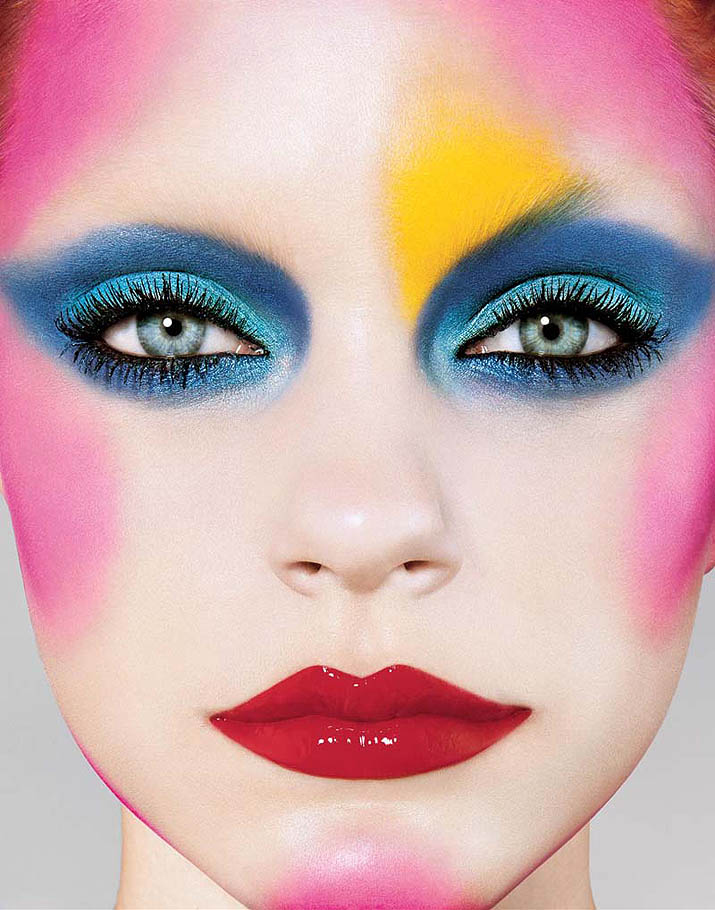 In the mid-1990s, she worked both with minimalist Jil Sander and with John Galliano, where she became known for her “latex petals stuck to faces, vinyl lips, bodies drenched in powder paint, stylized Kabuki physiognomies.”

Since then, McGrath has worked with photographers including Steven Meisel, Paolo Roversi, Helmut Newton, and Peter Lindbergh. In addition to appearing in i-D, photos of her work have been published in fashion magazines including American, English, and French Vogue, W, and Harper’s Bazaar. She attends four fashion show seasons each year and has worked with designers including Prada, Miu Miu, Comme des Garçons, and Dolce and Gabbana.

Additionally, she designed Armani’s cosmetics line in 1999 and in 2004 was named global creative-design director for Procter and Gamble, where she is in charge of Max Factor and Cover Girl cosmetics. During McGrath’s constant travels to work locations, she takes between thirty and fifty bags of materials, tools, and materials.

As a makeup artist, McGrath is known for her wide range and according to Edward Enninful, her work spans from “the highest couture to club kids.” She is also known for her inventive use of materials. Her most creative make-up is handmade, and she works mainly with her fingers instead of with brushes.

In an interview with Vogue.com UK during London Fashion Week (Sept. 2008) McGrath explained her creative process, saying, “I’m influenced a lot by the fabrics that I see, the colours that are in the collections, and the girls’ faces. It’s always a challenge but that’s the key – to make it different every time.” 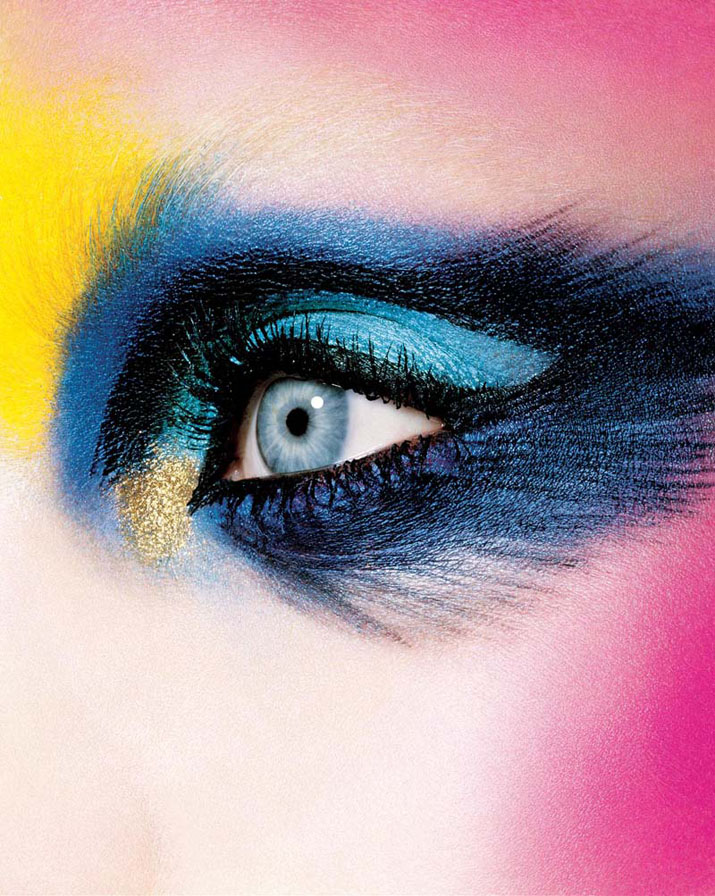 McGrath is by far, one of the most creative directors and makeup artist backstage today. She not only knows how to apply makeup beautifully, but how to speak of it most eloquently. Interviewers backstage at fashion week and couture fashion week interview McGrath for the season’s looks and up and coming features. McGrath works with all the renown fashion designers and fashion models today.

Critiques can’t stop ranting about how sweet of a personality McGrath truly is. 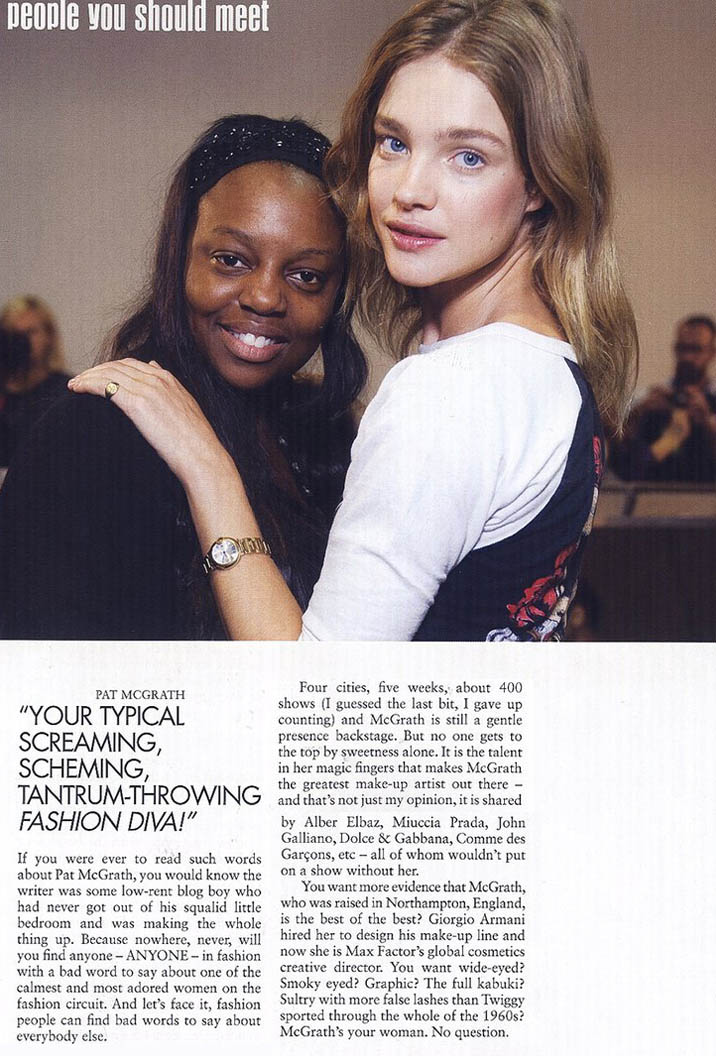 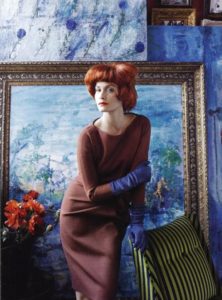 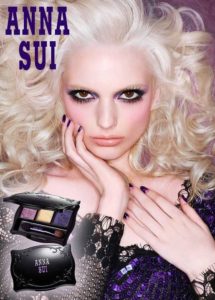 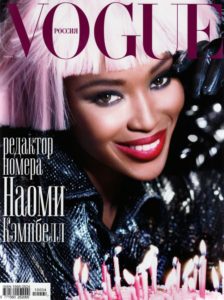 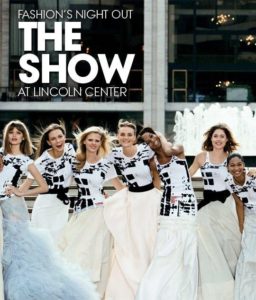 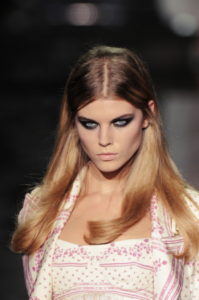