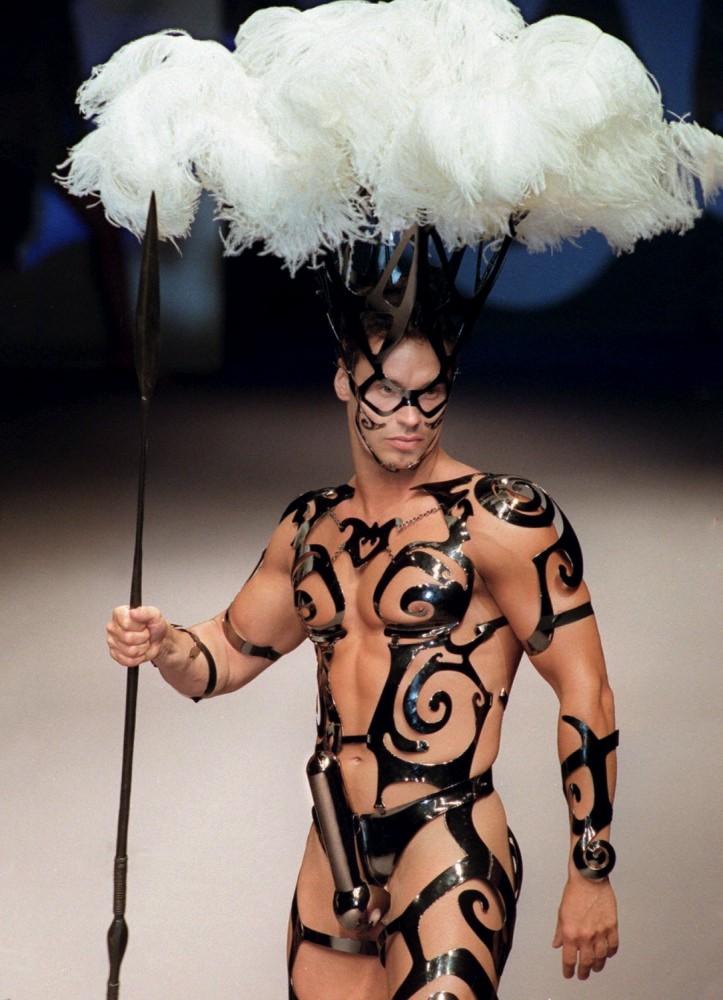 Francisco "Paco" Rabaneda Cuervo, more commonly known as Paco Rabanne is a Spanish fashion designer. He fled Spain for France with his mother when the Spanish Civil War broke out. He originally had an architect’s education but became known as l’enfant terrible of the French fashion world in the 1960s.

He was born 18 February 1934 in Saint Sebastian, Spain. He was called Paco for short. His mother was Chief Seamstress at the Spanish salon of Balenciaga. He fled Spain for France with his mother when the Spanish Civil War broke out. While studying architecture at the Beaux Arts in Paris, Paco Rabanne met many intellectuals and artists. To finance his studies, he produced accessories for the couturiers of the day and became involved in all forms of artistic expression.

He became known as the “enfant terrible” of French fashion world in the 1960s. Rabanne started his career in fashion by creating jewelry for Givenchy, Dior, and Balenciaga.

In 1965 he started his career as a designer by presenting a collection of 12 contemporary dresses which he called "the Unwearables". These included his first plastic dress.
He started his own fashion house in 1966. He used such unconventional materials as metal, paper and plastic for his outlandish and flamboyant designs. Paco Rabanne’s dresses made of small plastic tiles linked together by chains, stole the show in Paris. Some of these innovative costumes can be seen today in the Museum of Modern Art in New York (MoMA). 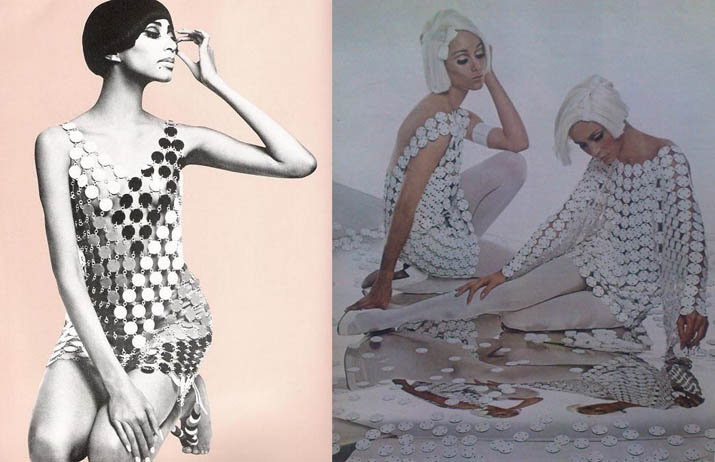 In the 60’s Paco Rabanne was in demand as a costume designer for the cinema, theatre and ballet. In the seventies, Paco Rabanne was the first to use black girls as models, which was thought to be quite outrageous then. One of his most famous outfits is the costume for Jane Fonda in the science-fiction film "Barbarella" in 1968. 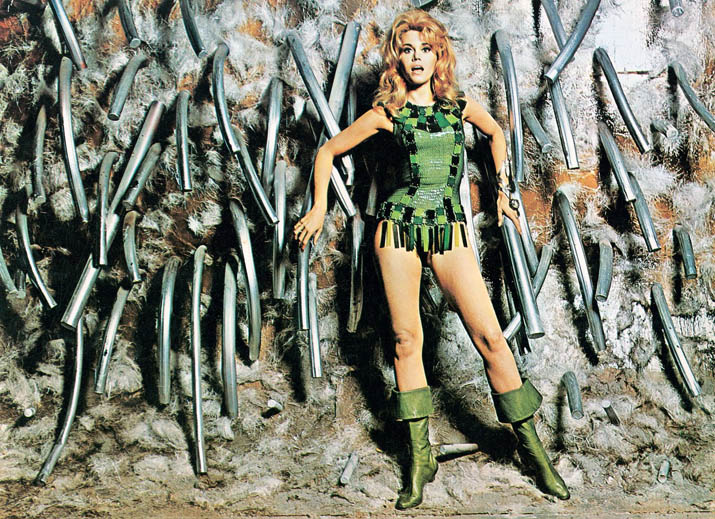 In 1968 began the collaboration with Puig company, and as a result of it perfumes of Paco Rabanne began to be marketed. In 1976 the company built a perfume factory in Chartres, France. His fragrances are known all over the world now. 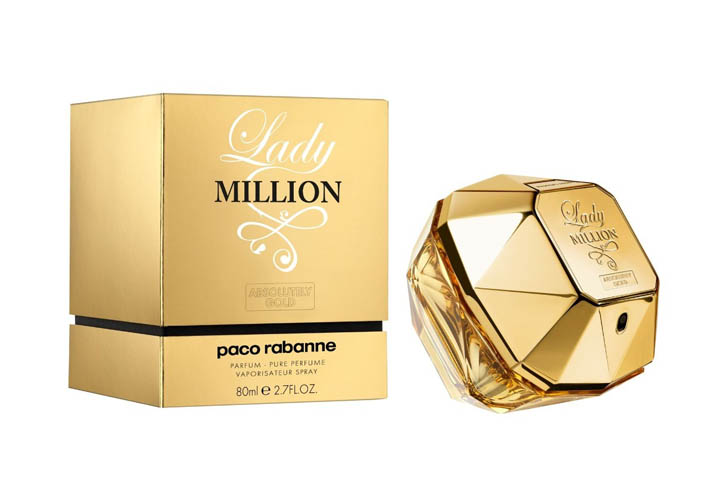 By 1975 he was still bending hard-edged materials into dresses, but very few people wore them. Women had discovered the appeal of softer, ethnic looks. 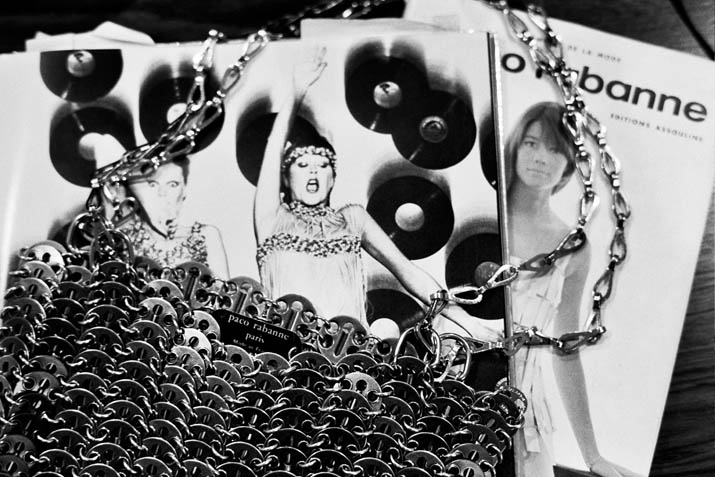 In 1989 Paco Rabanne was awarded the Golden Thimble at the lst International Festival of Fashion. Collections during the 80’s were constructed out of crinkled paper, strips of aluminium, rough cotton towelling, Perspex, maze-like configurations of patchwork leather, ostrich feathers and upholstery tassels. 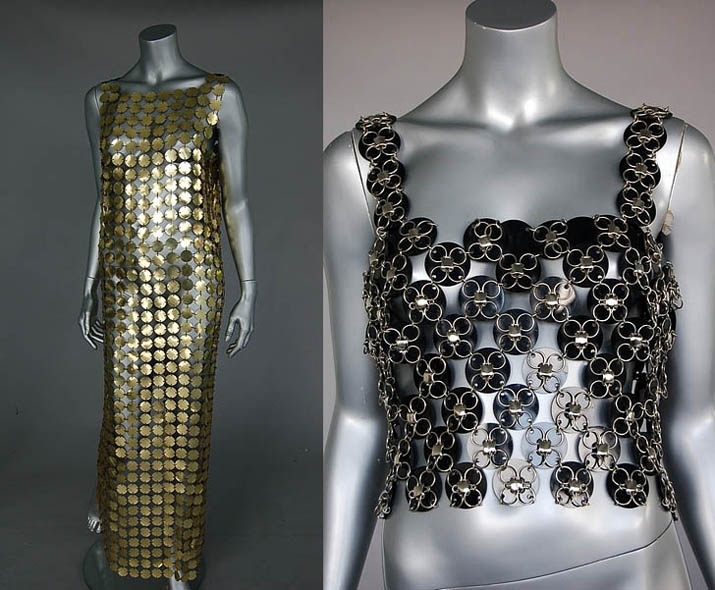 In 1990 Rabanne inaugurated his new boutique on the rue de Cherche Midi, Paris. The architect Eric Raffy designed the interiors based on 3 themes, metal, glass and light. During the 90’s Paco Rabanne has diversified away from metallic and plastic materials only, and started to present collections in softer man-made fabrics like sofrina and amaretta. 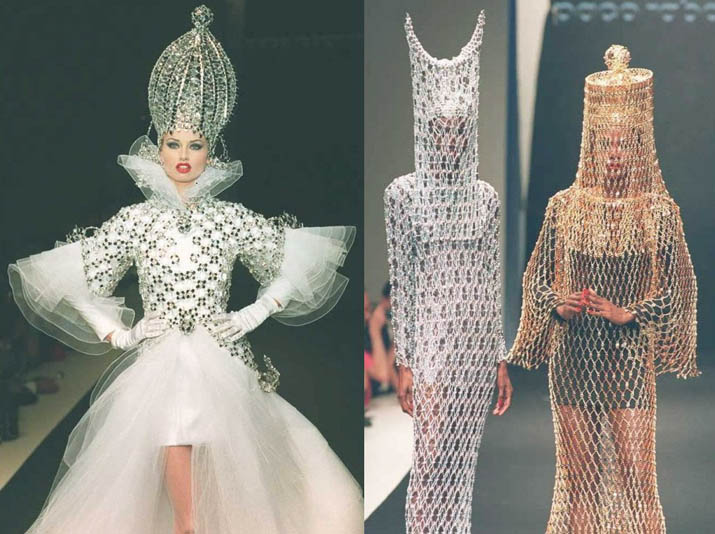 Rabanne has written a book called "Journey" which is a personal account of his search for spiritual understanding and tells how he has applied the results of his search to his creative fashion work. 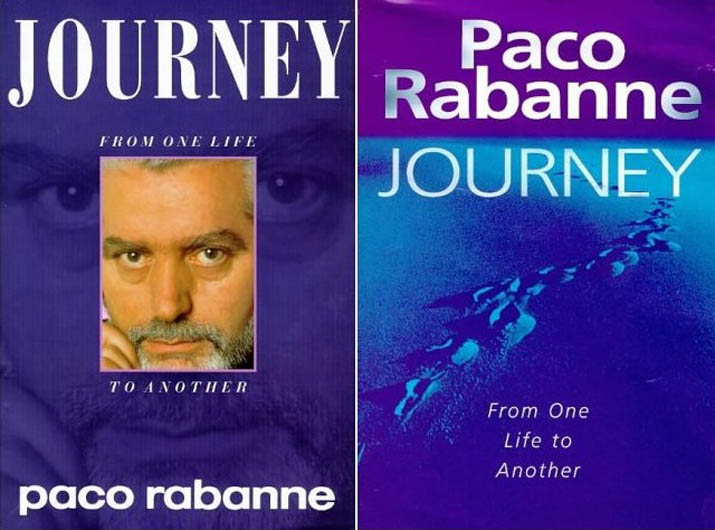 Rabanne also has an interest in paranormal phenomena. He became infamous for his false prediction of the Russian space station Mir falling on Paris in 1999.
The same year Paco Rabanne decided to stop working on Haute Couture, which he felt was not in harmony with the new millennium. Instead he devoted his energy to developing the entire brand.

Preferring to concentrate his work on the major women"s ready to wear line and accessories, Paco Rabanne decided to discontinue the Paco unisex brand in 2000. This decision coincided with a general policy of refocusing the Rabanne brand. Patrick Robinson became Artistic Director in 2005. 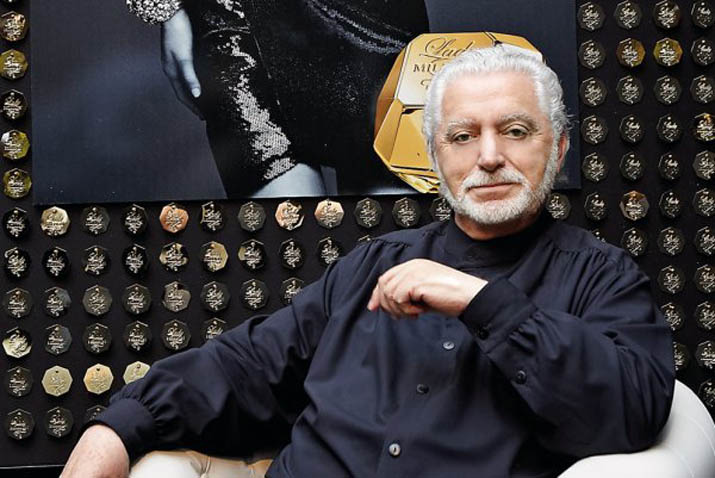 In 2005, Rabanne opened in Moscow the first exhibition of his drawings. His reasoning for showing the drawings then was, "I am 72 years old and I wanted to present my drawings this year before disappearing from this planet. I have not shown them to anyone except Salvador Dalí 30 years ago who told me to keep going." One of the black and white sketches depicts a child letting go of a white balloon and a dove into the sky. The scene was inspired by the commemoration ceremony for the Beslan attack, in which 319 hostages were killed, including 186 children, 12 servicemen, and 31 hostage-takers. Rabanne wanted the money that the drawing sold for to go to the women of Beslan.

In 2006 Rabanne also visited Kiev with great interest. He summed up the changes he has seen aftermath of the Orange Revolution: "Ukraine reminds me of a flower unfolding its petals before my very eyes." 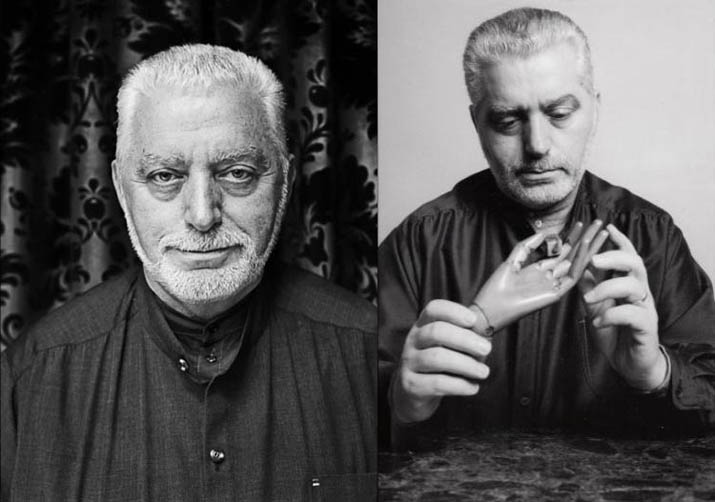 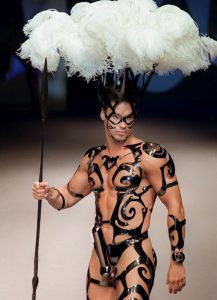