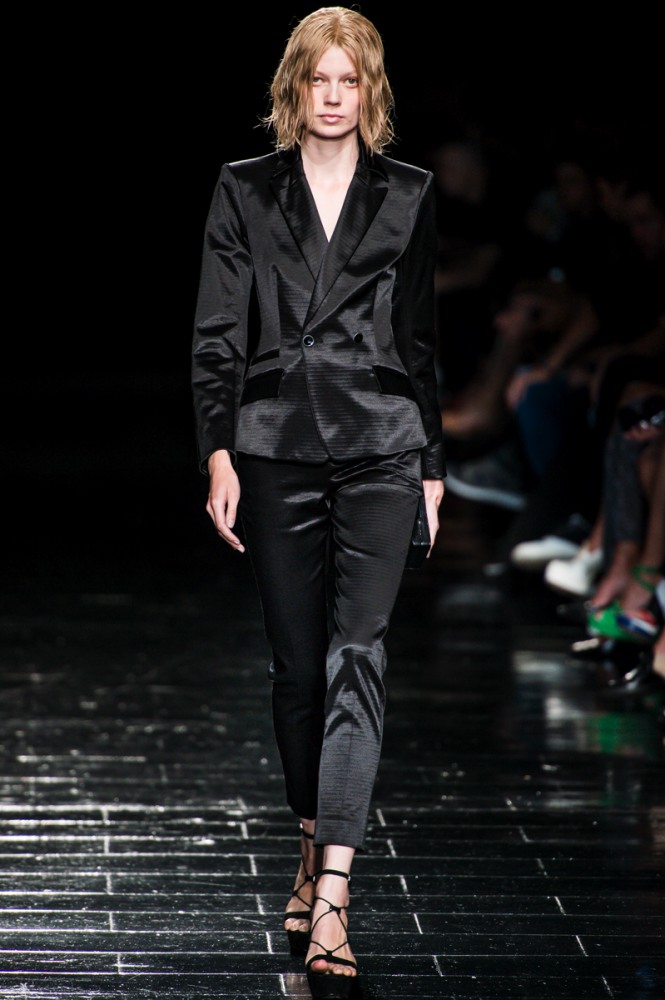 Olivier Theyskens is a fashion designer who has worked with several major houses, including Rochas, Nina Ricci, and Theory.

Olivier Theyskens was born January 4, 1977 in Brussels, Belgium to a Belgian chemical engineer and a French homemaker. When he was young, Theyskens desperately wanted to be a girl, and was tormented by the fact that girls &quot;got to be princesses and wear skirts.&quot; As a child, Theyskens’ parents encouraged him to draw men and women in costumes and were not surprised when at the age of 7 years old, Theyskens proclaimed he wanted to &quot;do haute couture&quot;.

In October 1995, aged 18, Olivier Theyskens began attending the prestigious &Eacute;cole Nationale Sup&eacute;rieure des Arts Visuels de la Cambre to study fashion design, but dropped out in 1997 to start his own label. His first collections were often referred to as &quot;gothic extravaganzas&quot; and were created from bed sheets that his grandmother gave to him. His sharp design and cutting-edge vision quickly made him one of the most acclaimed and respected designers of his generation. 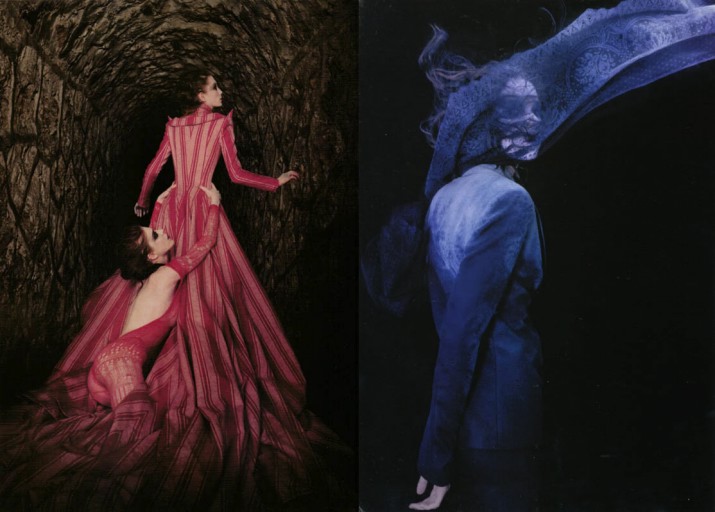 Without sufficient financial support, he was forced to close his label.&nbsp;Despite this, sales of his line were surprisingly strong. Theyskens then progressed to creating stage costumes for the Th&eacute;âtre de la Monnaie. During this period, he was also designing clothing as a pastime. Theyskens was brought to public attention when one of his dresses was worn by Madonna to the 1998 Academy Awards. 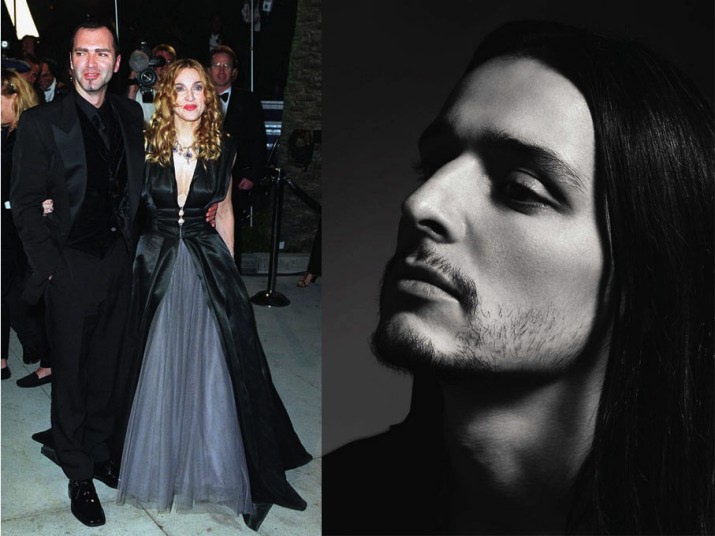 In 2002 Rochas selected Olivier Theyskens as its creative director. In March 2003, Theyskens presented his first collection for the House of Rochas, to critical acclaim. Theyskens, within his first few months, created an &quot;entirely new silhouette for the house&quot; that was French-influenced and elegant. His first full collection, for Fall 2003, was praised by style.com as &quot;ravishing&quot; and &quot;nothing short of magnificent.&quot;

For the next several years, Rochas continued to garner praise among fashion critics and to attract loyal followers. Rochas clients included Nicole Kidman, Jennifer Aniston, Kirsten Dunst, Kate Bosworth, Jennifer Lopez, Rachel Weisz and Sarah Jessica Parker. In 2006, the Council of Fashion Designers of America awarded Theyskens the International Award.&nbsp; However, Theyskens’ focus on &quot;demicouture&quot; (pieces too expensive to mass-produce but did not meet the strict couture rules about hand-stitching and numbers of fitting) was questioned by both fashion insiders and businessmen alike, as a viable business strategy.

His gowns, some of which were priced upwards of $20,000, were often out of reach for all but the most fabulously wealthy. Theyskens took a purer approach to fashion and did not rely, like many fashion houses, on accessory sales for a reliable source of revenue. Theyskens’ refusal to create a marketable accessories line, combined with the fact that he undermined the importance of advertising, contributed to the demise of the House of Rochas.&nbsp;Theyskens was notorious for being anti-capitalist in terms of his vision for Rochas. Theyskens asserted that he wanted to &quot;stop global vulgarity&quot;.

In July 2006, Procter & Gamble (Rochas’s owner) announced the discontinuation of Rochas’s fashion division, shocking many in the fashion industry. On November 1, 2006 Theyskens became artistic director at Nina Ricci, and his first line debuted in March 2007. Theyskens’ first show for the House of Nina Ricci established him as being somewhat wiser in a business perspective. Theyskens’ collections for the House of Nina Ricci met with acclaim. &quot;In terms of interest, what he [Theyskens] is doing for day is the thing to watch,&quot; affirmed one critic. Theyskens left Nina Ricci in the fall of 2009.

Theyskens&rsquo; unique aesthetic was captured in a personal art book project, The Other Side of the Picture (ed.Assouline). Published in 2009, the book is an anthology of images that offer an intimate insight intoTheyskens&rsquo; work throughout the years.&#8232;

In 2010, Olivier Theyskens and Andrew Rosen (founder and co-CEO of Theory) joined their complementary strenghts and visionary approaches to contemporary fashion to create the Theyskens&rsquo; Theory brand.&#8232;In November of that year, Olivier Theyskens was appointed Artistic Director of the global Theory brand, as well as Head Designer of the Theyskens&rsquo; Theory collections. These expansive roles have enabled him to explore a variety of design directions and creative expressions, as well as allowing him to offer a new point-of view on modern fashion. 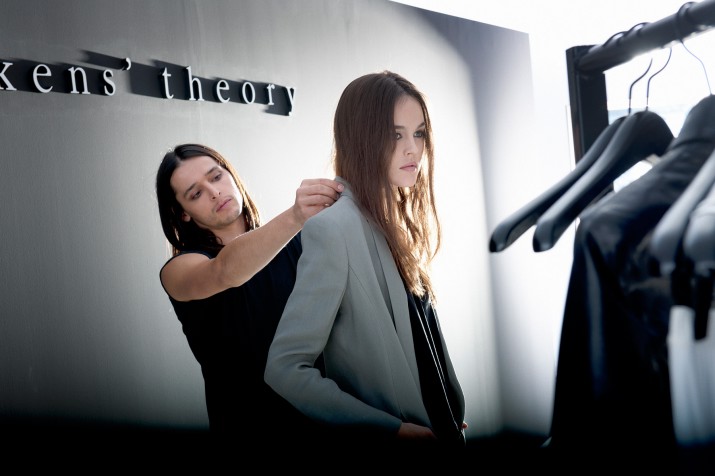 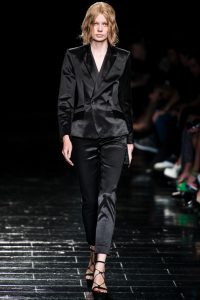