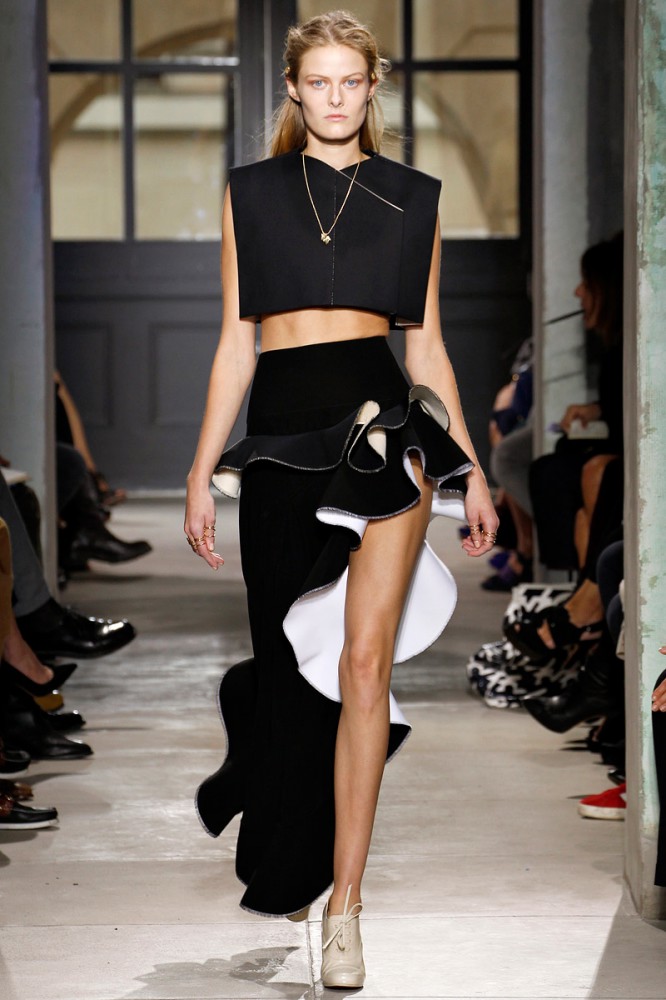 Nicolas Ghesquière   is a fashion designer and for 15 years he was creative director for the house of Balenciaga owned by the Gucci Group (Pinault-Printemps-Redoute). He grew up in Loudun, Vienne.

He was born 1971 in Comines, Nord, the son of a Francophone Belgian golf-course owner and manager in the 9,000 inhabitants Poitevine town of Loudun and a French mother who enjoyed fashion. From a young age Ghesquière enjoyed and practised sports (horse riding, fencing and swimming) and many of his collections use that inspiration, most notably his scuba minidresses and most recently his equestrian inspired Fall/Winter 2006 Ready-To-Wear collection.

Raised in the small town of Loudun in western France (in the Poitevin-speaking part), Ghesquière announced at the age of 12 that he wanted to be a designer, though he now admits this was partly from an adolescent desire to do something different from his parents and to alleviate country boredom. So that’s by the age of 12 that Nicolas was dreamily sketching dress designs in his school books, making dresses out of his mother’s curtains and making earrings out of his grandmother’s chandelier crystals.

He diligently did internships during his school holidays. At 14, he got an internship with French designer Agnès B for which he was paid in clothes. His next apprenticeship was with Corinne Cobson, afterwards he decided that fashion was too hard work and came home to finish his schooling. 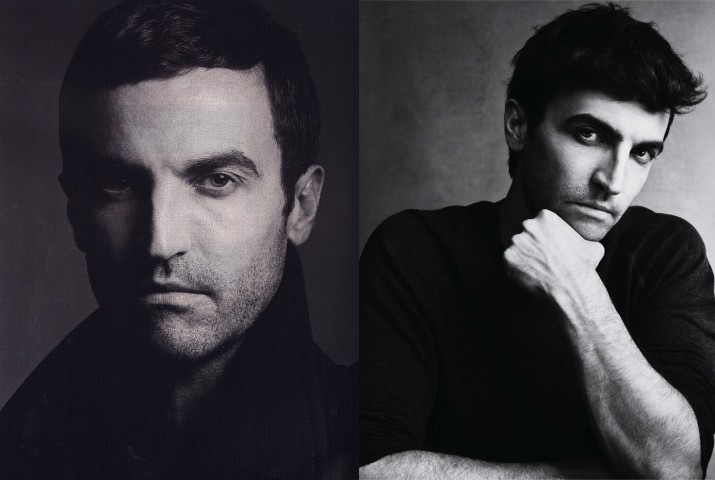 After completing his studies, Nicolas worked from 1990–1992 as an assistant to designer Jean-Paul Gaultier. He then worked at Pôles, designing their knit wear line followed by a series of inauspicious assignments with different companies including the Italian house of Callaghan.

Through his contacts with Marie-Amélie Sauve and Nathalie Marrec, of Balenciaga, Ghesquière eventually landed a job doing the licensing for Balenciaga and designing for the Asian market. It was from there that he was plucked to be the new designer for the house, which had limited success since the 1970s (the label’s founder, Cristóbal Balenciaga, died in 1972). Ghesquière held, as he then described it, “ what many would call the worst position in fashion”: designing suits and funeral clothes under a Balenciaga licence for Japan. 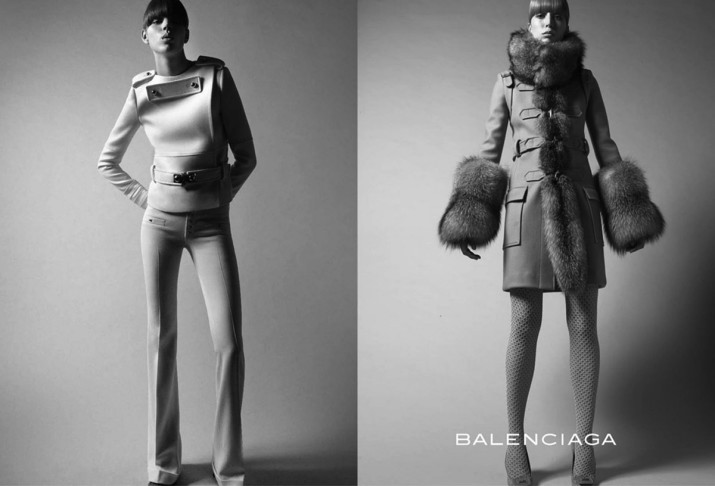 In 1997, at the young age of 25, Ghesquière was the surprise choice to head the Paris fashion house Balenciaga. Promoted to creative director of Balenciaga after his Belgian predecessor Josephus Thimister was fired following a highly unsuccessful show. At that time, Balenciaga was owned by Groupe Jacques Bogart and its heads realized his talent when he designed a small collection for one of their Japanese licences. He is known for his sense of "silhouette," pairing highwaisted skinny pants with a voluminous "blouson," or a tightly cut wool jumpsuit with billowing sleeves. 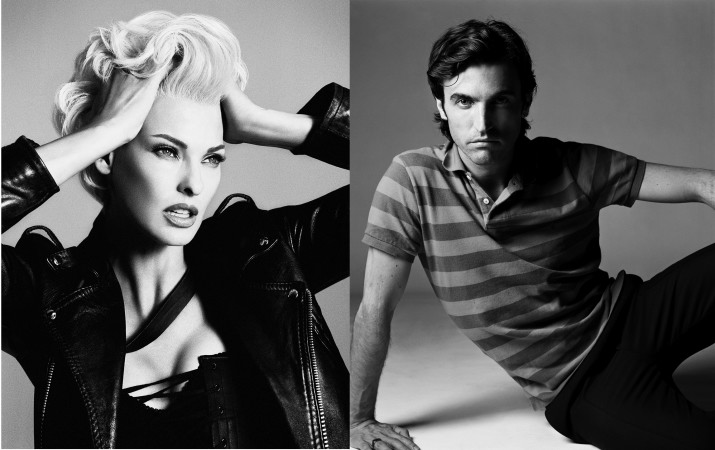 His work soon turned Balenciaga into a critically acclaimed fashion house. An aspect of the designer’s devotion to the house’s legacy is his respect for Cristóbal Balenciaga’s original design concepts. However, even though the Balenciaga archives are stored in Ghesquière’s atelier, he can gain entry to the locked room only by special appointment with an off-site custodian. 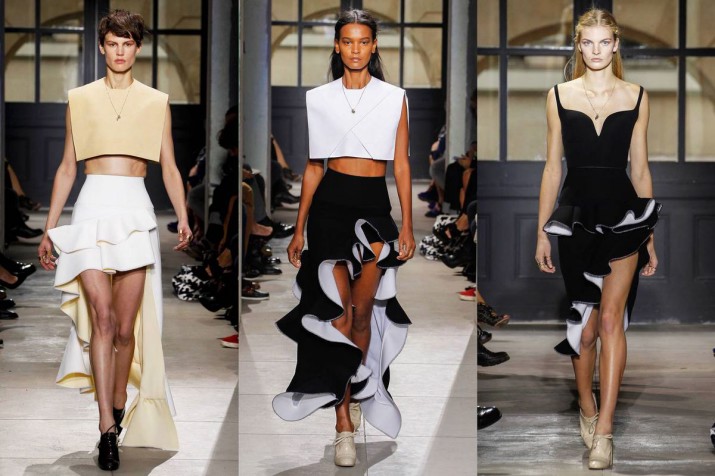 The Gucci Group (PPR) bought Balenciaga in 2001. Ghesquière who wanted to stay and expand Balenciaga could only be bought through the house. “It is a happy relationship,” Ghesquière says. “It has worked because they wanted me to explain what I wanted to do with Balenciaga, not the other way around.” Ghesquière’s collections have had a considerable commercial impact, particularly through his influence on other designers. In November 30 2012, the PPR group has announced that he was leaving Balanciaga after 15 years of collaboration. "Nicolas has been one of the most exciting and inspiring designers to watch in the last decade," said British Vogueeditor Alexandra Shulman. "He’s turned Balenciaga into a brand that is both admired by the fashion industry and which has made a real impact on the clothes we wear." 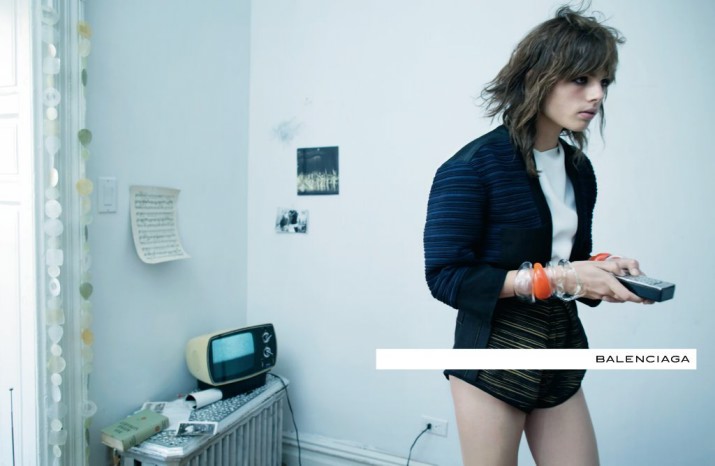 In October 2000, Ghesquière was named avant-garde designer of the year at the VHI/Vogue Fashion Awards and a year later, he was named Womenswear Designer of the Year by the CFDA. He was featured in TIME’s 100 Most Influential People of 2005. He was described as "fashion’s most sought-after and influential figure" by American Vogue. 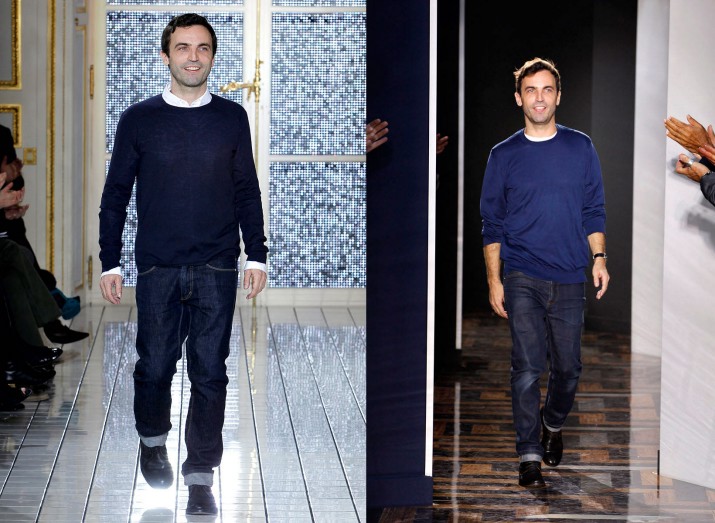 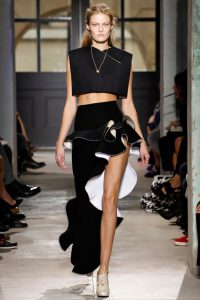