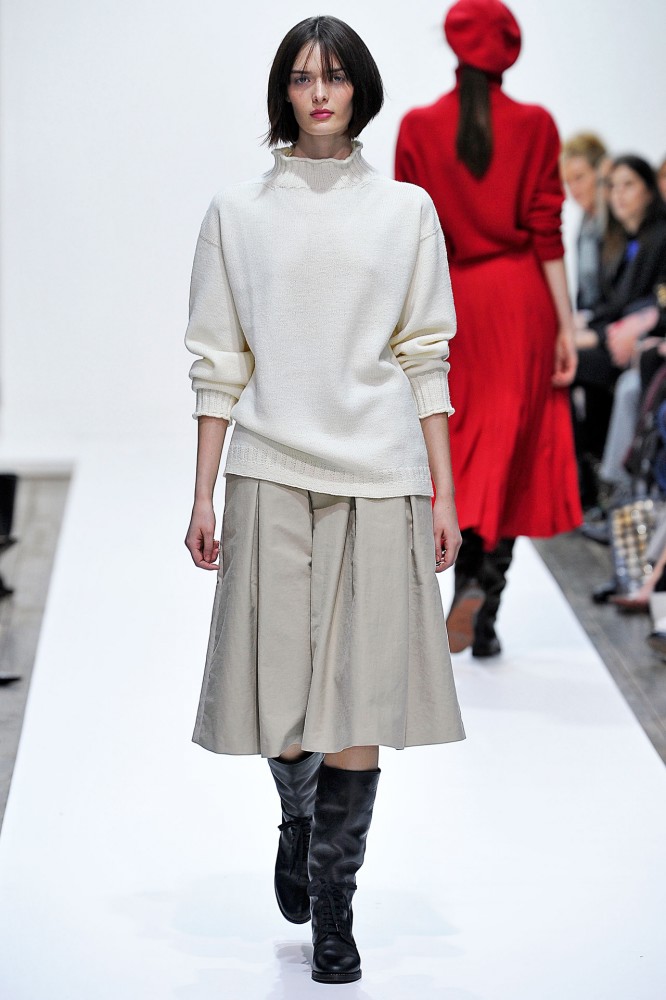 Margaret Howell is a contemporary British clothes designer who has worked successfully in both men’s and women’s wear. Howell has been a strong, if quiet, presence on the British design scene for nearly four decades. Keynote designs are her take on the shirt, gymslip, lace-up shoes, duffle coat and trench coat. Many have an androgynous quality underlined by a succession of carefully controlled photographic campaigns, these are shot on location in black and white and by sympathetic spirits such as Bruce Weber, Koto Bolofo, and Venetia Scott.

After graduating and having been turned down for a job in the BBC make-up department, Howell started making accessories. Her hand-made beads came to the attention of Vogue and led to a meeting with Liz Taylor, then shooting "Zee and Co" in London.

Margaret Howell was born in Tadworth, Surrey, England on 5 September 1946. She attended Goldsmiths’s College, London from 1966 to 1970. Goldsmiths’s College, London from 1966 to 1970. In 1971, she started creating a range of accessories. The label which bears her name was launched from a kitchen table in South East London in 1972, and was an immediate, if somewhat unexpected, success. 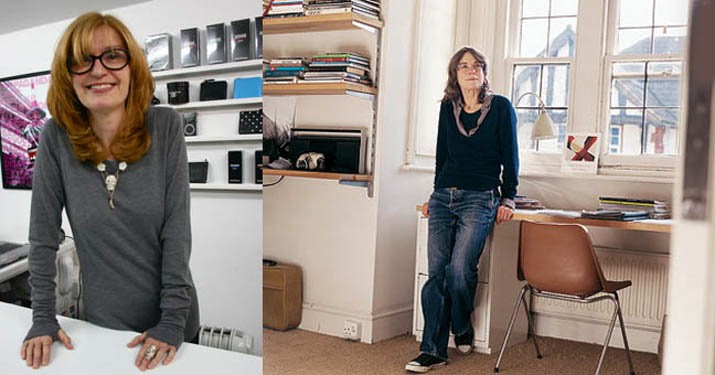 In 1972 Howell, with partner Paul Renshaw, began to design make and sell shirts from their flat in Blackheath, South East London. The business grew, encouraged by Paul Smith and leading US retailers, including Jasmin Ram. In partnership with Joseph Ettedgui, a Margaret Howell men’s shop, opened in South Molton Street in London in 1976. This was followed by the first wholly owned Margaret Howell shop in St Christopher’s Place in 1980. The early 1980s were a period of expansion for the label. Jack Nicholson insisted on wearing his own Margaret Howell corduroy jacket for his role in 1980’s The Shining, prompting an order for 12 duplicates from Stanley Kubrick. 1982 saw Grace Coddington choose a Howell piece as Dress of the Year.

A New York shop opened in Manhattan in 1982 and in 1983 the first Margaret Howell standalone shop opened in Aoyama, Tokyo. This rapid expansion caused both business and personal difficulties. The couple divorced in 1987 and Renshaw left the company. It was re-organised in 1990 with the help of Sam Sugure and Richard Craig, who remains today as Managing Director.

The new management proved successful and there followed a decade of steady growth culminating in a Paris shop opening in 2009, and then the opening of the flagship Wigmore Street shop in 2002. Today Margaret Howell Ltd employs some 300 people in 80 locations.

In 1995, she showed her first collection in London Fashion Week. Going into the 21st century, she is one of London’s leading designers.  Margaret Howell took part in London Fashion Week of February 2003, and showed a collection of boyish beauties in downscaled mens style clothing including some great big jackets and baggy parts. These new shapes hang away from the body.

In 2006 Howell was asked to design uniforms for the staff of the Victoria & Albert Museum which are currently still in use. In 2007 Howell was awarded a CBE for services to the fashion industry and was made a Royal Designer for Industry by the Royal Society of Arts.

Howell also uses Wigmore Street to champion designers and causes she admires. (Japan Hose Book) Anglepoise lamps, Robert Welch cutlery, and furniture by Ernest Race and Ercol complement the clothes, as do occasional exhibitions featuring, among others, the work of architect John Penn and the graphic art of H A Rothholz and the 1950s St Ives group of artists. Howell is a committed supporter of Open House – the charity which promotes access to notable buildings throughout the UK – and in association with them and the RIBA. 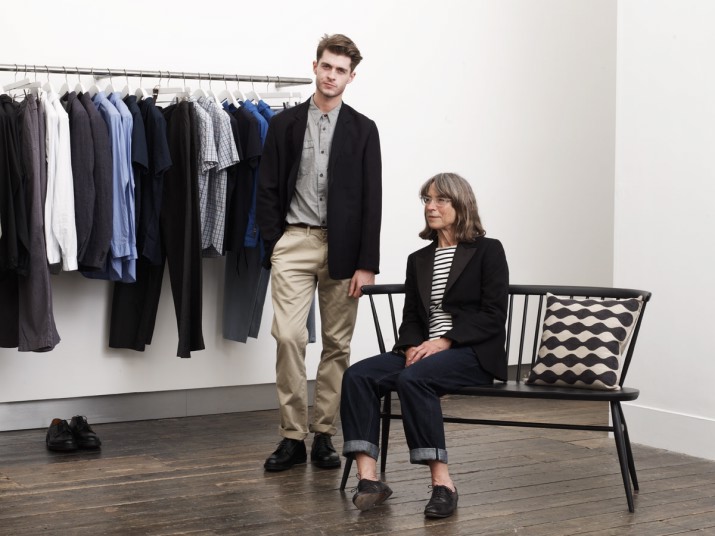 Howell specializes in classic ready-to-wear garments, created by adapting traditional styles and fabrics into fashion shapes. She favours pinstripes and suiting materials – wool, tweed and meltron – which she makes into riding jackets, tuxedo suits and tailored blouses. Her silhouettes are usually elongated and soft. She says: "when I started out, I was only thinking about what I wanted to wear, I liked quality and comfort. I was probably responsible for the move towards using men’s tailoring tweeds for women’s clothes." 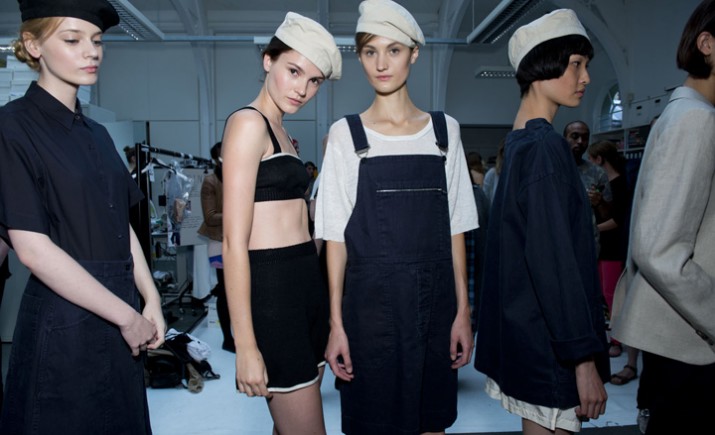 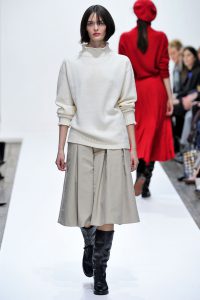