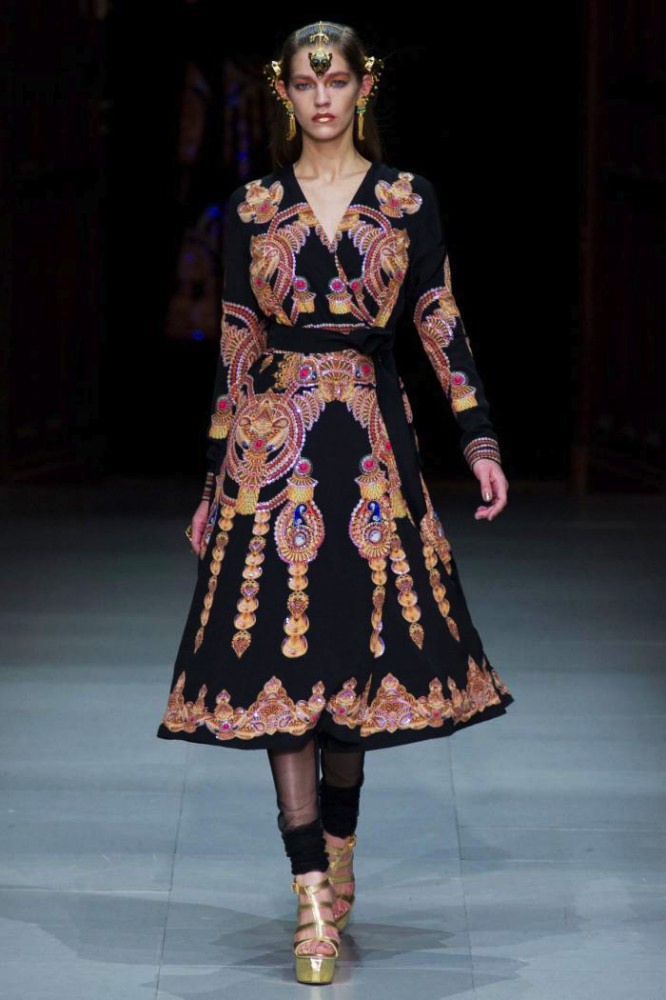 Manish Arora  is an Indian fashion designer based in New Delhi. In early 2011, he was appointed as creative director of the womenswear collection of the French fashion house Paco Rabanne.

Born and brought up in Bombay (now Mumbai), Manish was studying to graduate in Commerce, when he decided to change his career path and applied for theNational Institute of Fashion Technology in New Delhi. He graduated in 1994 after winning the Best Student Award. 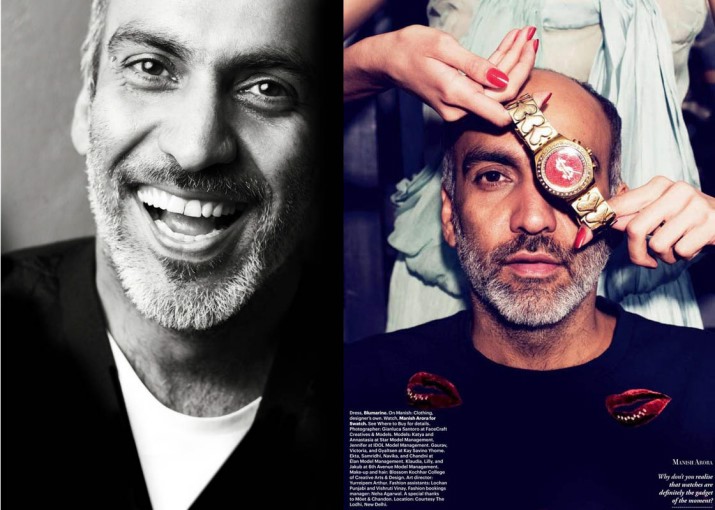 Arora launched his second label, "Fish Fry", in 2001. This colorful, sportswear-styled line was created in association with the athletic apparel manufacturerReebok. During 2002 Manish opened his first flagship store, Manish Arora Fish Fry, in New Delhi and in the following year opened a second store in Mumbai. Another successful showing at India Fashion Week (2003) led to a stocking deal with the fashion house Maria Luisa (Paris) and the beginning of a successful export business.

During 2004 he was awarded the Best Women’s Prêt Designer at the first ever Indian Fashion Awards’ 2004 held in Bombay and MC2 Diffusion Paris started representing the label for the export business. The following year Manish participated in the Miami Fashion Week in May 2005 where he was presented with the designer’s choice for Best Collection Award. 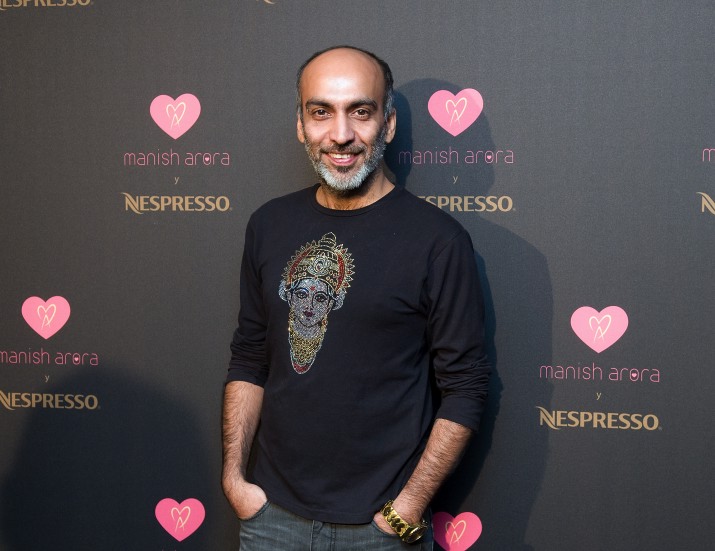 He had a successful debut at the London Fashion Week in September 2005 and received an overwhelming response from the press as well as the buyers. He opened a new store at Lodhi Colony Market in New Delhi in December 2005. Arora exhibited some of his work at the Victoria & Albert Museum in London for an exhibition called "Global Local" in association with the British Council, India.

A fashion jury in a leading Indian publication Outlook designated him "Best Indian Fashion Designer" and featured him on the cover of its March 2006 issue. Manish opened his first Manish Arora franchise store in Villa Moda, Kuwait and another Manish Arora Fish Fry store at Crescent at The Qutub, New Delhi in 2006. 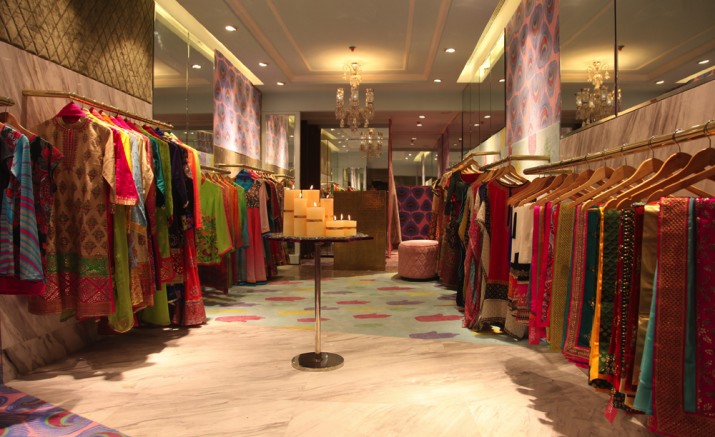 In 2007 the first Fish Fry for Reebok concept store opened at the Garden of Five Senses, New Delhi, and Arora teamed up with make-up and cosmetics giant MAC for designing a signature collection. He has also collaborated with Swatch for a limited edition of watches. In 2008, once again, Reebok launched the ‘RBK Fish Fry Collection 2008’, an exclusive lifestyle range designed by Manish Arora. 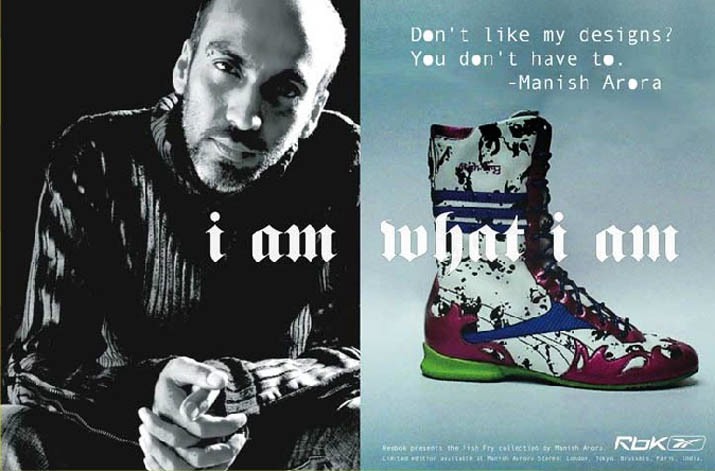 "Indian by Manish Arora", a brand designed for the growing Indian market for women’s wear, is licensed to another fashion company. Manish was invited to show his collection at the “Fashion in Motion” exhibition held at Victoria and Albert Museum, London in September 2007. By 2009 Manish owned four stores in India and sold his collections to more than 80 retailers worldwide. The designer has also entered into a joint venture with Biba Apparel Pvt. Ltd. to further expand the label. 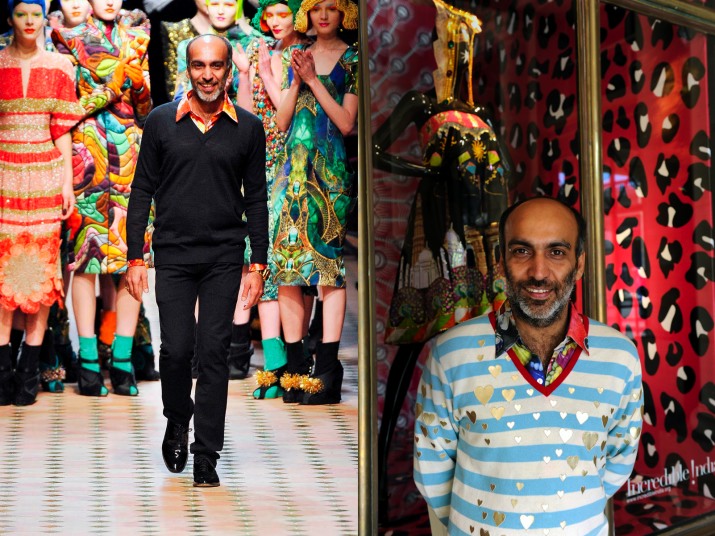 Arora expanded his business in 2008 adding eyewear to his label and opened up further stores. Together with MAC, a collaboration featuring limited edition Manish Arora cosmetics was launched globally. That same year, Kate Moss was seen dressed in a Manish Arora dress for the September cover of Interview Magazine. 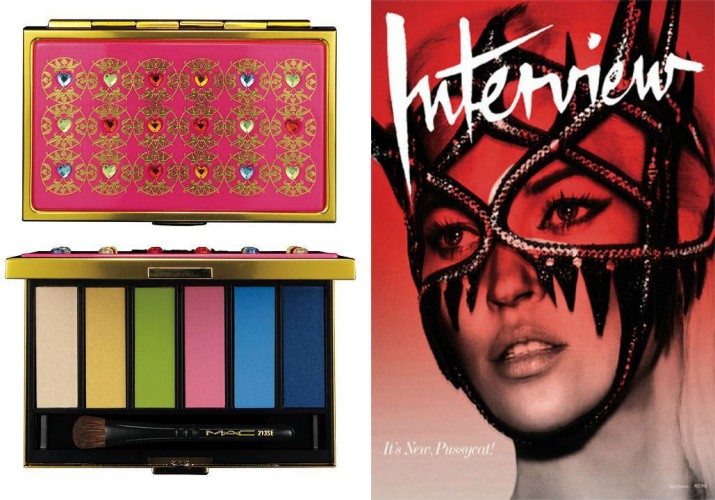 Arora teamed up with SWATCH in 2009 creating a limited edition collection of watches. The year saw further collaborations with Nivea, Absolut Vodka, Good Earth and 3 Suisses. The next year saw Arora work with more brands including Mercedes Benz and Swarovski Elements. 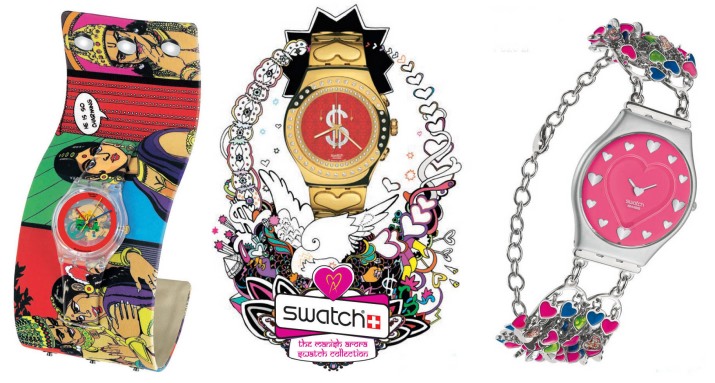 By 2011 Arora had reached global status. Countless celebrities and fashion icons chose his clothes and further brands continued to offer collaborations. In February that year Arora was appointed Creative Director of Paco Rabanne. The house had failed to show a ready-to-wear collection since its founder left in 2006, Arora debuted the first collection since then, under his new role in October that year. 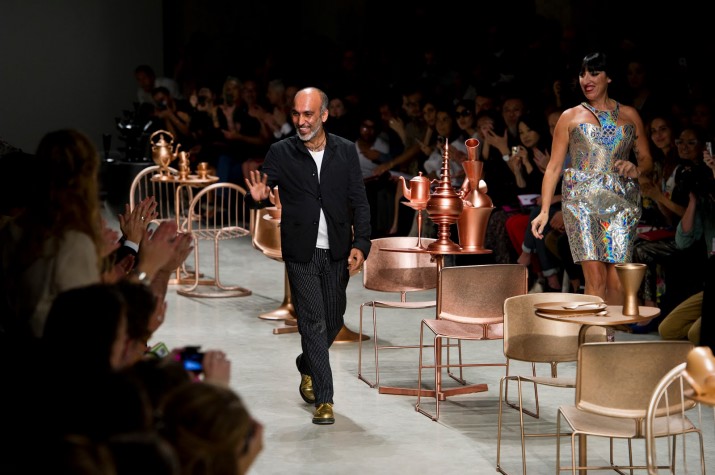 In 2012, Arora previewed his jewellery line in association with label Amrapali comprising a range of hand jewellery, neckpieces and pendants. The same year in May it was anounced that Arora leaves Paco Rabanne. 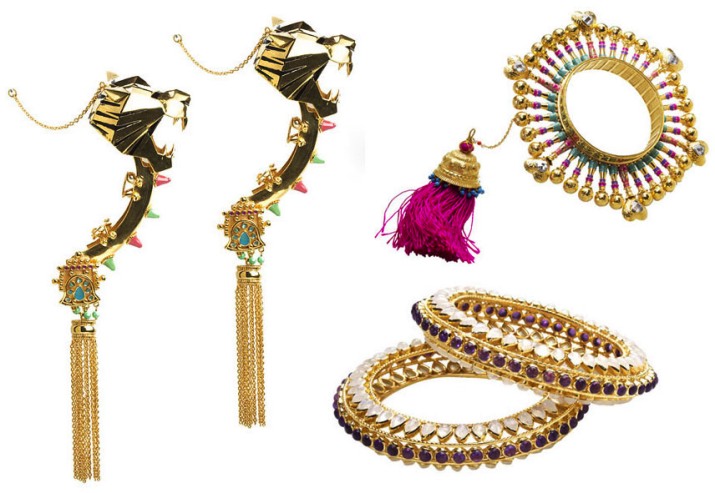 Manish Arora is regarded by many as "the John Galliano of India". He is known for a rich palette of psychedelic colours and kitsch motifs in garments that combine traditional Indian crafts like embroidery, appliqué and beading with Western silhouettes. 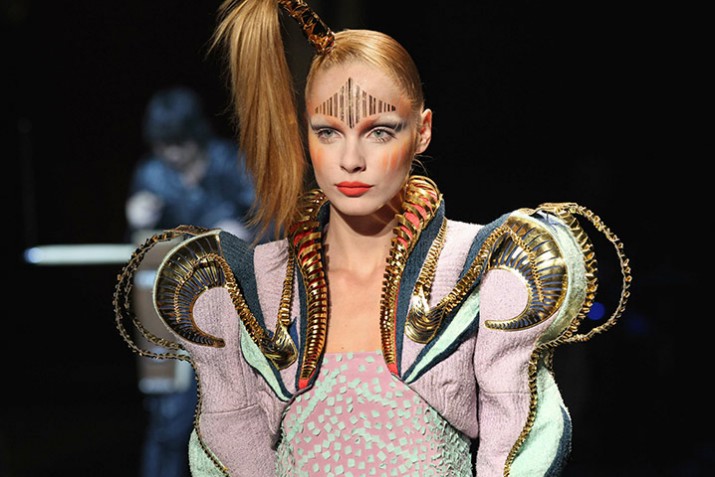 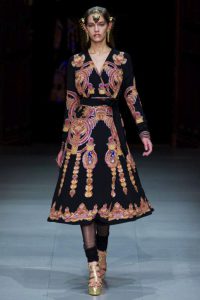