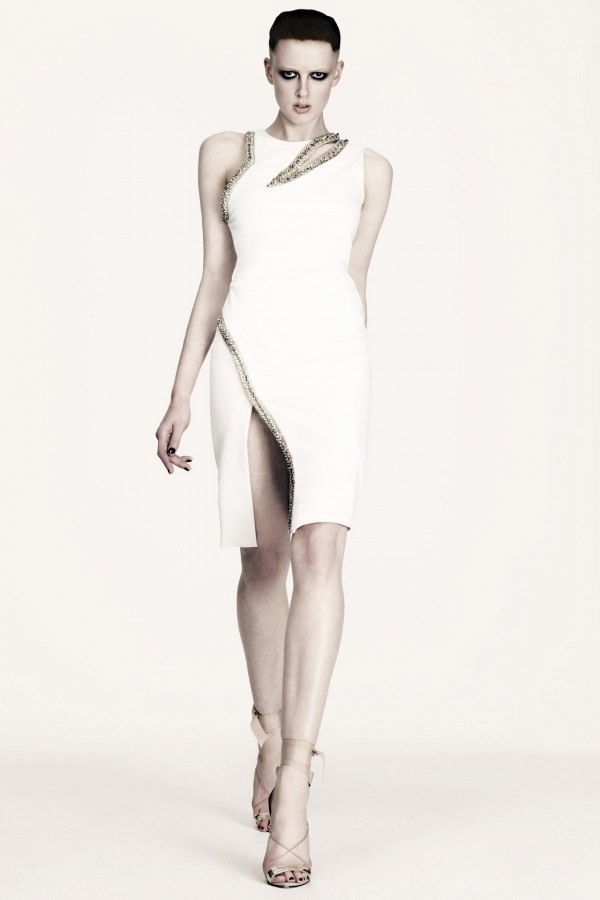 Julien Macdonald  is the celebrated fashion designer who has worked for Chanel and Givenchy.

Julien Macdonald was born in Merthyr Tydfil on 19 March 1971. His mother Joan taught him to knit, and by the age of 13, Julien had redesigned his Cyfarthfa High school uniform and was making cardigans for the family. Despite this, he initially didn’t want to become a fashion designer. He trained as a tap dancer and set his sights on a career onstage, until a year-long art foundation course in Cardiff inspired him to nurture his talents as a fabric designer.

He took a degree course in Fashion Textiles in Brighton, and presented his graduate show in 1996 at the Royal College of Art, where he was accepted to do an MA in knitwear. Julien’s flamboyant dresses were noticed by Isabella Blow, a fashion editor for British Vogue who quickly became an ardent admirer. By this time he was in high demand. Soon after graduation, MacDonald was recruited by Karl Lagerfeld to work for Chanel. 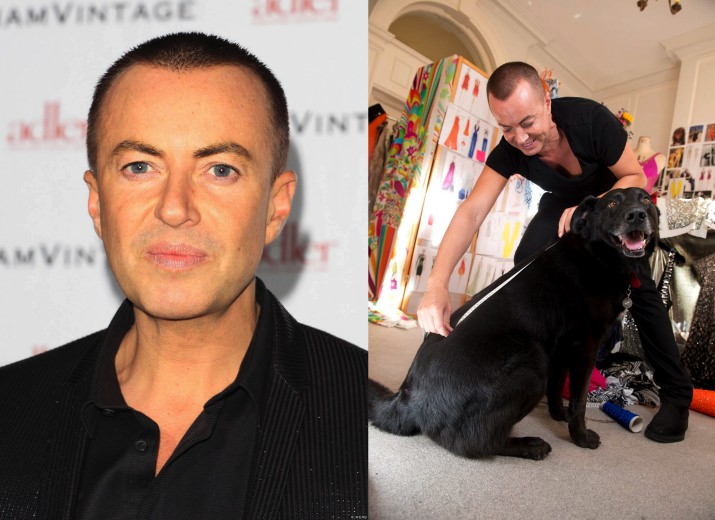 Upon graduation Julien set up his own company, which debuted at London Fashion Week. On 23 August 2000 he gained a degree of notoriety when Kelly Brook attended the premiere of the Guy Ritchie film Snatch wearing a barely-there dress with matching pink knickers, designed by Julien and showing off far more than they revealed. 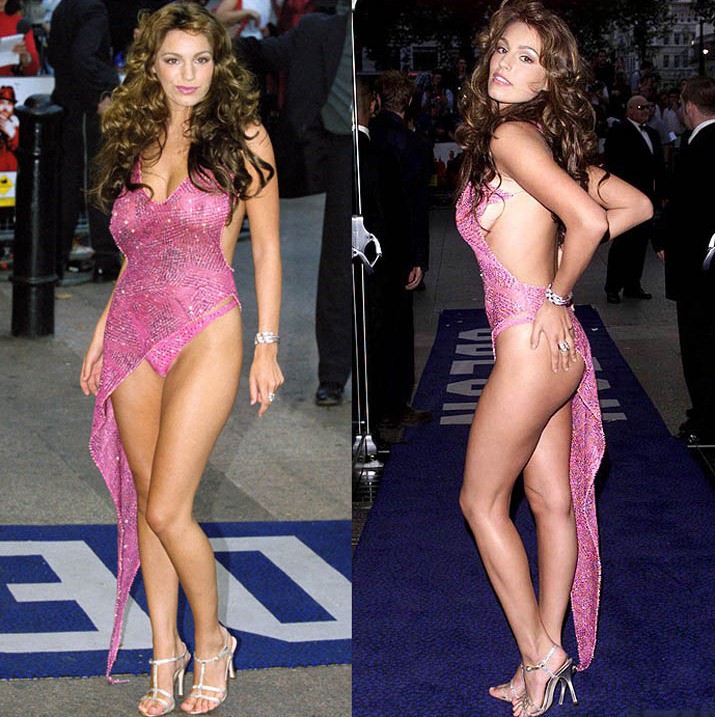 By 2001 he was named as the British Designer of the Year. As the accolades continued to fly in, he continued working with celebrities. Joely Richardson wore a backless gold dress to the premiere of Maybe Baby, and Geri Halliwell similarly stole the show in a Macdonald-designed red dress at the UK premiere of Bridget Jones’s Diary. 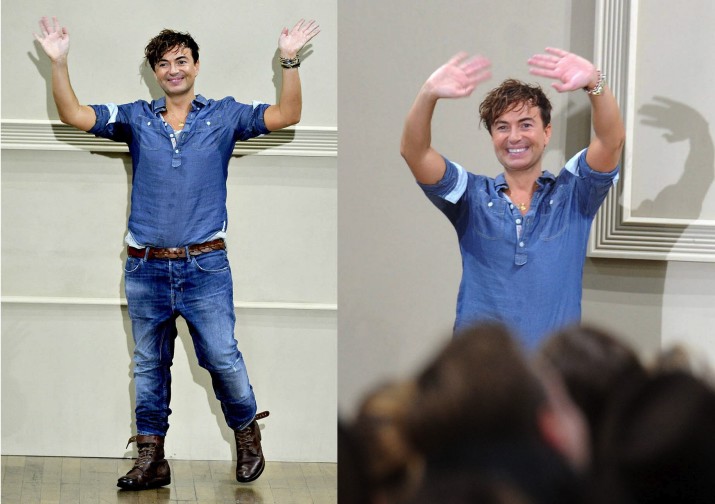 He has designed Kylie Minogue’s world tour costumes, and Naomi Campbell and Melanie B have appeared on the catwalk wearing his creations. However, Julien has done more than just work with celebrities, and in August 2004 he was awarded an Honorary Fellowship by the University of Wales, Newport, in recognition to his contribution to UK fashion. 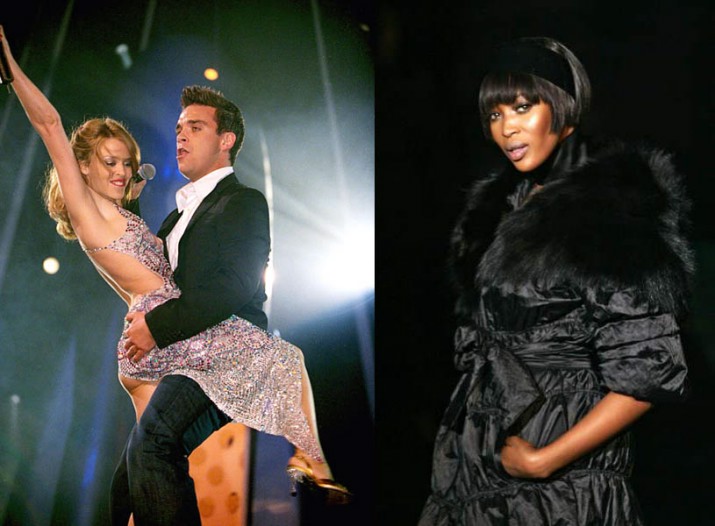 In 2001, he was named British Fashion Designer of the Year and was appointed as successor to Alexander McQueen as Creative Director of the renowned French fashion house Givenchy, where he designed six collections a year from Haute Couture to Pret-a-Porter. 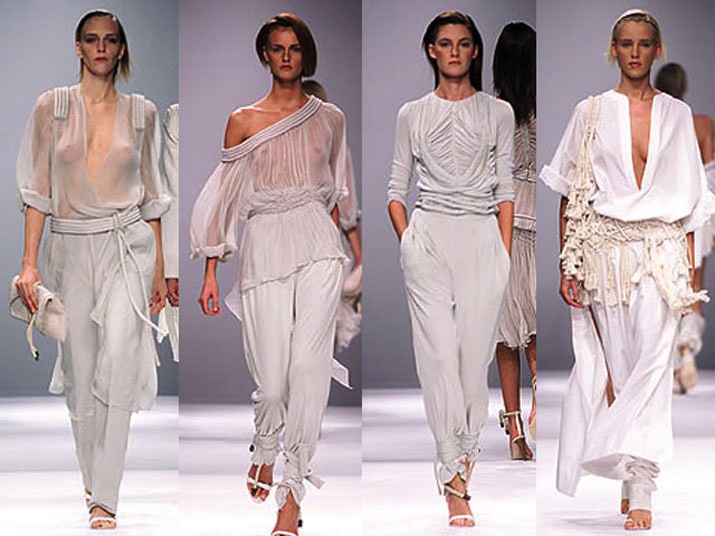 In 2004, Julien returned to London to concentrate on his own label, which has grown from strength to strength. He was awarded an Order of the British Empire for his services to the fashion industry in November 2006. The luxury fashion house Julien Macdonald is manufactured in Italy and is available in Selfridges and Net-A-Porter, amongst other prestigious boutiques worldwide. 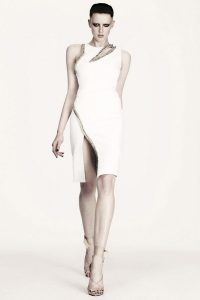