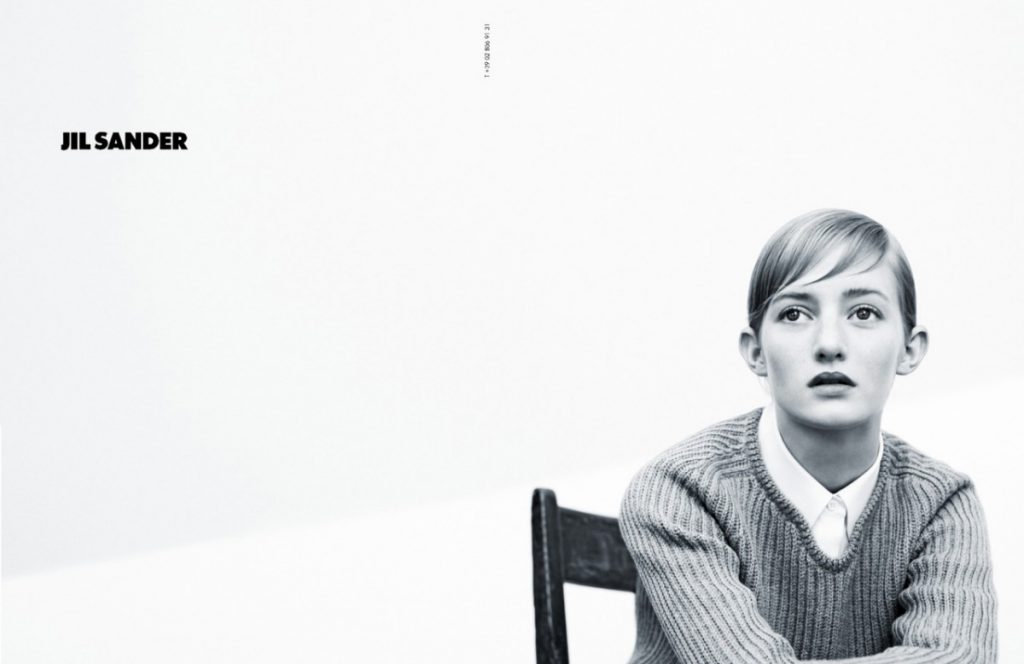 Heidemarie Jiline Sander is German fashion designer and the founder of the Jil Sander fashion house. Her concept of &quot;design without decoration&quot; focuses on fabric quality with minimal design. This theory has led to her being described as the Queen of Less, Master of Minimalism or the Fashion Reductionist.

Jil Sander, born 27 November 1943 in Wesselburen, Schleswig-Holstein, grew up with her mother and later studied textile design in Krefeld from where she graduated as a textile engineer in 1963. Having spent two years as an exchange student at University of California, Los Angeles, she worked as a fashion editor at German women’s magazine Petra before opening her first boutique in a Hamburg suburb in 1967, at age 24. She started out selling fashion designed by Thierry Mugler or Sonia Rykiel and also a few of her own designs. And, with few ups and downs, she founded her eponymous fashion house, Jil Sander GmbH in 1968.

Showing her collection in Paris in 1975 proved a complete failure, though. In the late 1970s and early 1980s, when the fashion world was dominated by lavish, colorful and glitzy Dynasty-style designs by the likes of Claude Montana with his broad-shouldered leather look, Jil Sander’s minimalist collections, with a focus on fabric quality came close to a revolution in the fashion world and were not accepted next to the Parisian catwalks. Her style only started gaining attention in the 1990s. 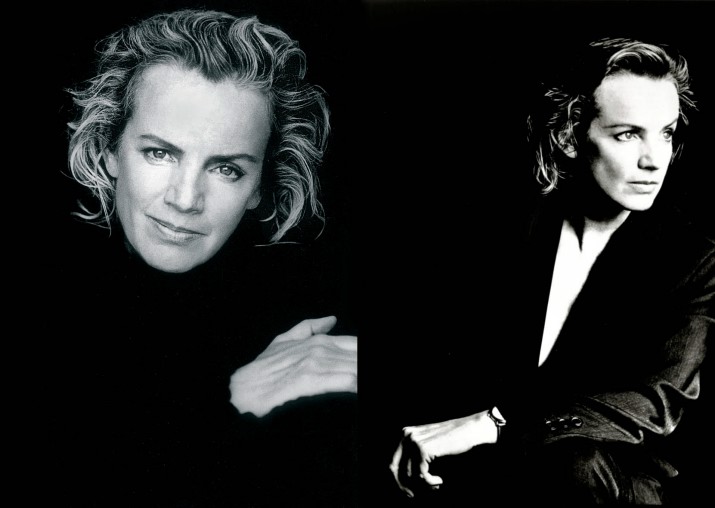 Since 1978, Sander marketed her first perfume prominently featuring her countenance. The owner of Lancaster Cosmetics allowed her financially to run ads in glamorous magazines on a large scale for her fashion. The fact that her creations were coordinates which could all be easily combined with each other became a popular characteristic. Sander created the so-called onion look (German: ‘Zwiebel-Look’) layering various pieces of clothing in one outfit. Later, licenses would be given for eyewear and leather accessory lines. In the 1980s, Sander’s collections were first shown in Milan to tackle the international markets more efficiently. As a result, sales were steadily increasing. More fragrances were added to the cosmetics line. The label’s luxurious minimalism was a hit in the later 1990s. 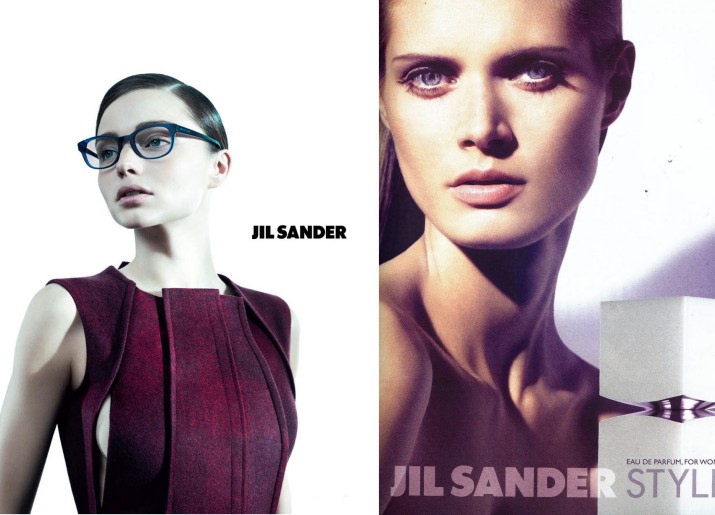 Jil Sander AG went public in 1989 and was sold to shareholders on the Frankfurt stock exchange among the first fashion houses to venture on such a step. Sander used the new capital to expand in Asia and North America. Her success overseas resulted in expensively furnished flagship stores in Tokyo, Hong Kong, and Taipei among a number of others. Michael Gabellini was commissioned to design the showrooms as well as office spaces in Hamburg. Sander personally oversaw the design of her stores and strict guidelines were implemented for the sales staff on how to behave and where to stand in the boutiques. That perfectionism, perhaps, partly accounts for her fashion firm being one of the most successful ever to emerge from Germany. In 1998 Jil Sander and German sportswear house Puma jointly launched a successful sneakers collection. 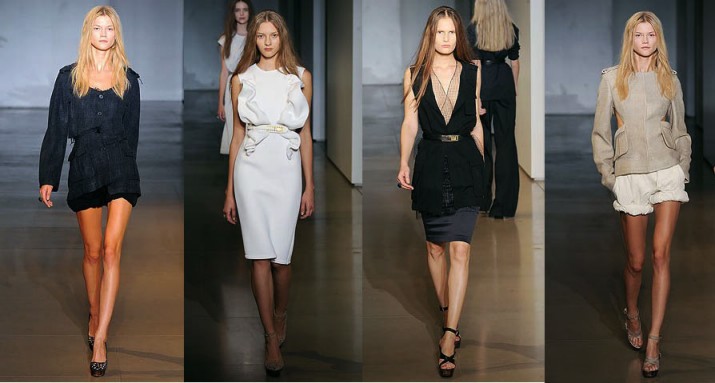 In 1999 Prada Group bought a 75% share in her company. Sander remained creative designer and became chairwoman in the new joint venture. Six months later, in January 2000, Sander unexpectedly resigned abruptly as chairwoman and shortly thereafter as chief designer after confrontations with Prada CEO Patrizio Bertelli. Nearly all the design and production staff left after her departure. For 2001, the Jil Sander Group reported a net loss of $9.4 million, its first ever. The brand lost 26 million euros (about $30.4 million) in 2002 on flat sales, in part because of the costs of adding retail stores in London and in New York.

Sander returned to the company as head designer and partner in a surprise decision in May 2003, after her noncompete clause had expired. Officially, Bertelli &quot;approached Ms. Sander and began negotiating a truce&quot;. Bertelli had, with regard to Sander’s departure in 2000, boldly stated before: &quot;A brand as strong as Jil Sander doesn’t need to rely on the name of a designer&quot;. She was rehired under a six-year consulting contract and also received an undisclosed stake in the company and a seat on Prada’s strategic committee.

With much anticipation from the public and press, the designer showcased her signature staple pieces, this time with strokes of color (sherbet-hued dresses, white jackets painted with blue streaks) and flourish (fringed separates, sequined numbers). Sander’s return was celebrated unanimously by the international press. Sander’s designs, bearing the Jil Sander signature with a more feminine look, were a hit with both customers and critics. Designing two collections which were both showcased in Milan, Sander altered Prada-appointed designer Milan Vukmirovic&rsquo;s existing sketches for the men&rsquo;s collection, redesigned some of the boutiques and audited the books herself. 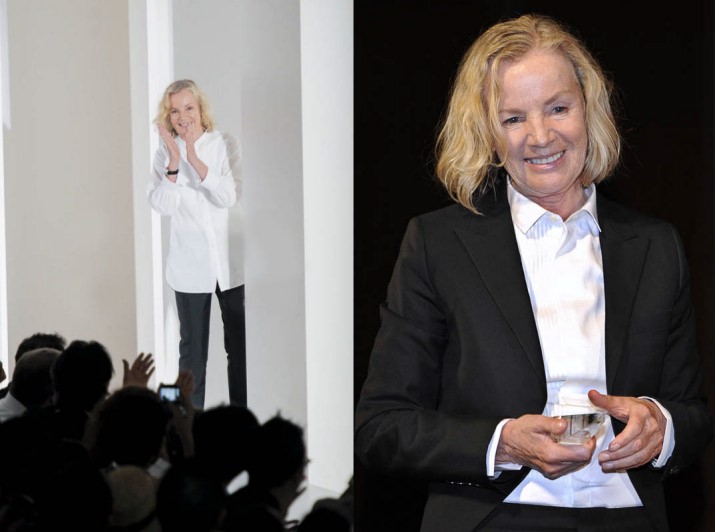 However, in November 2004, Sander terminated cooperation with Prada for good and resigned from her post again after insurmountable differences with Mr. Bertelli. Prada announced in an official statement that &quot;the decision by Patrizio Bertelli […] and Ms. Sander to end her involvement in the company was amicable.&quot; Sander subsequently withdrew from her involvement in her namesake brand. She continued her contributions and work at Uniqlo.

On March 17, 2009 Sander announced the creation of her own fashion consultancy. The new company’s first client was Fast Retailing of Japan with its Uniqlo label for whom Sander is overseeing the design of womenswear and menswear collections called +J. The first collection for the 2009-10 Autumn/Winter season was launched worldwide on October 1, 2009 consisting of &quot;about 40 pieces for men and 100 for women, including coats, jackets, knitwear, T-shirts and accessories&quot; featuring the minimalist aesthetic and demure colors typical of Jil Sander. 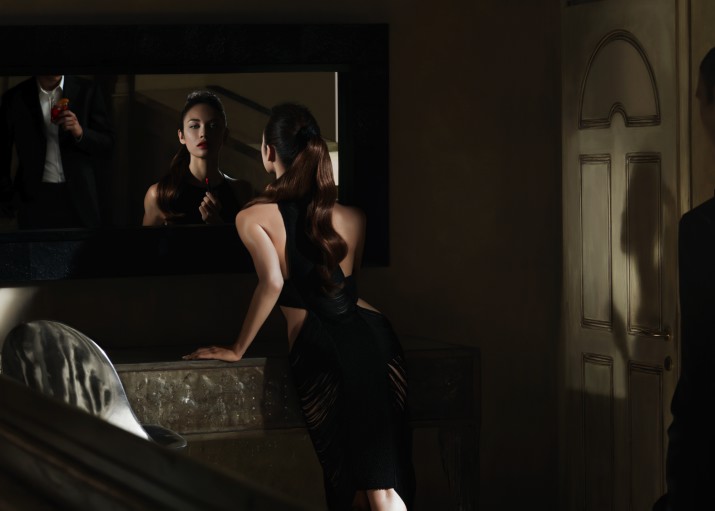 The second line of +J designed for Spring and Summer wear, was launched on December 23, 2009 throughout Asia including Japan, South Korea, Hong Kong and China and on January 7, 2010 in the London stores. It is to be launched in Uniqlo’s sole US store in New York city on January 14, 2010. This collection will see more retail drops during the Spring and Summer seasons. 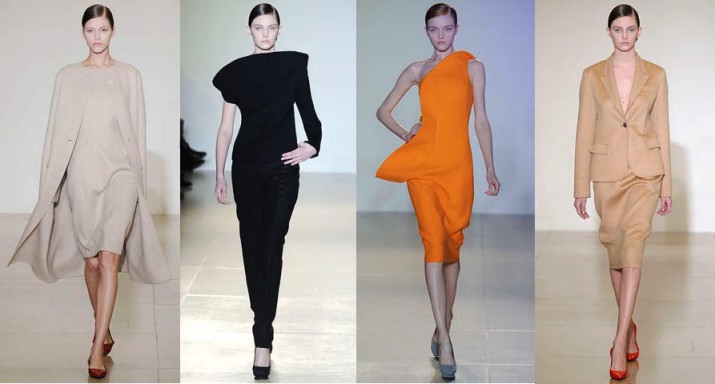 After a successful run of 3 years, Jil Sander and Uniqlo’s parent company, Fast Retailing, announced that the partnership agreement will not be renewed at the end of 2011, thus marking the end of +J. The last collection from the collaborative label will be for the Fall/Winter 2011 season. The split between the parties is said to be mutual.

Jil Sander returned to her brand in February 2012, only days after the then creative director, Raf Simons, was released from his position.&nbsp;Jil Sander was awarded the Bundesverdienstkreuz by the Federal Republic of Germany for her achievements in the fashion industry. 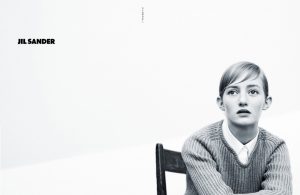