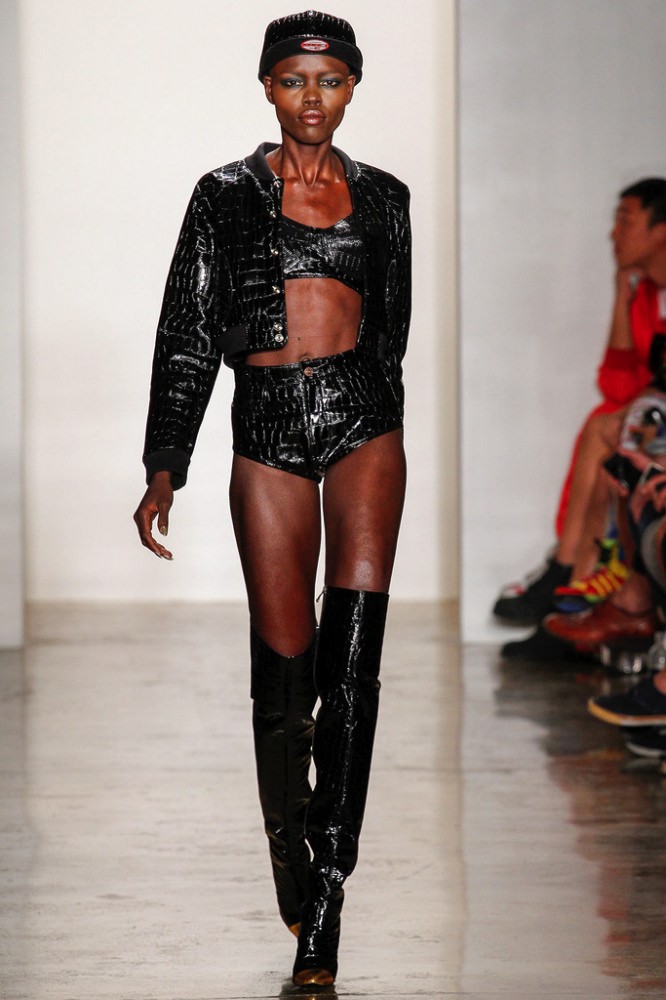 Jeremy Scott is an American fashion designer born 1974 in Kansas City, Missouri. In his early age he rode the Italian "Vogue" between classes and wrote about fashion in French essays. Scott attended the Pratt Institute in Brooklyn, New York, for fashion design. His career began as a student at Pratt University in 1992 and since then, he has become a celebrated and innovative designer with a focus on pop culture. Debuting his first runway collection  in Paris 1997 and has since shown collections in Paris, New York, Los Angeles, London, Moscow and Seoul.

His first collection brought him international fashion recognition, winning the Venus de la Mode Award for "Best Designer of the Year" in both 1996 and 1997. By 1999, Scott was recognized by the CFDA and was nominated for " Best Young Designer." In Autumn 2001, Scott relocated to Los Angeles, a city that has welcomed his über-trash, parodic style with wide-open arms. So much so that in January 2002, Scott achieved one of his long-term ambitions when he appeared as a celebrity contestant on "Wheel Of Fortune" and dressed hostess Vanna White for five night showcase of his glamour gowns and denim wear.  He was quickly becoming one to watch in the fashion arena and was nominated by The Face Magazine in 2004 as number 32 of the 100 most powerful people in fashion. 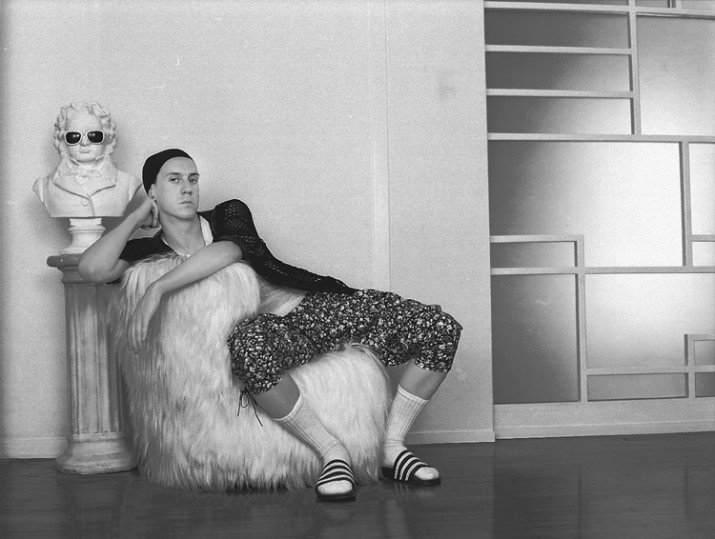 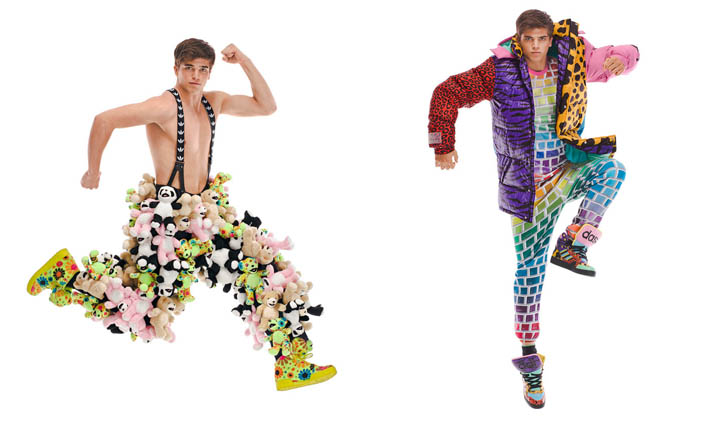 Scott dressed Britney Spears as a futuristic airline stewardess for her Toxic video. He is also the first fashion designer to dress the muppet diva Miss Piggy, who called him her favorite designer, as have Agyness Deyn, Katy Perry, and Lady Gaga. His designs have included one-legged pants, and fast food-inspired dresses. He has been dubbed the Jeff Koons of fashion for his references to Pop-culture icons, such as Mickey Mouse. 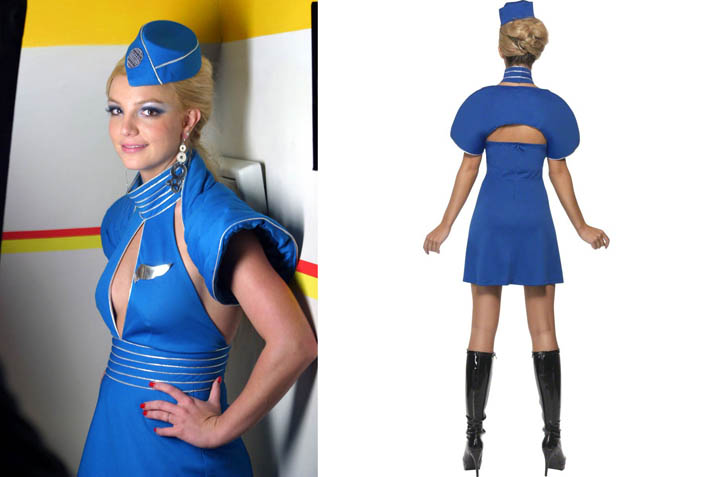 Karl Lagerfeld said in the newspaper Le Monde that Scott was the only designer who could ever succeed him at Chanel. Scott is known for humorous prints – splattering the essence of Fun and Fashion all over his clothes – and the carry-all bags he designs each season for the French luxury company Longchamp. The designer appeared on the cover of the English fashion magazine I-D in July 2007: the first designer to be featured there wearing clothes of his own design and shot as a self-portrait. He also has appeared in the Larry Clark film Wasssup Rockers as parody of a fashion photographer, a performance that drew reviews praising his acting ability. Scott designed the now-defunct Manhattan night club Happy Valley.

His photography has appeared on the covers of international fashion magazines such as I-D, Dazed & Confused, Purple magazine, and Les Inrockuptibles. His collection for the sportswear giant Adidas, a line called Jeremy Scott for Adidas, features apparel and footwear, including a winged high-top sneaker. The shoe has a wing extending from it, which became an iconic instant bestseller for Adidas. 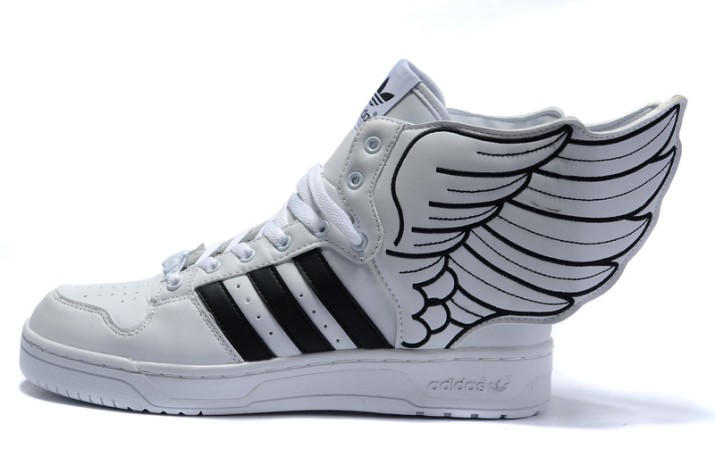 Scott has also created sneakers with teddy bears sprouting from the tongue as well as a pair with Mickey Mouse’s face on the tongue. Working closely with the foundation for the late artist Keith Haring, Scott created a shoe and track suit bearing Haring’s graphic art-a special project known as AdiColor, a collaborative venture with Adidas. 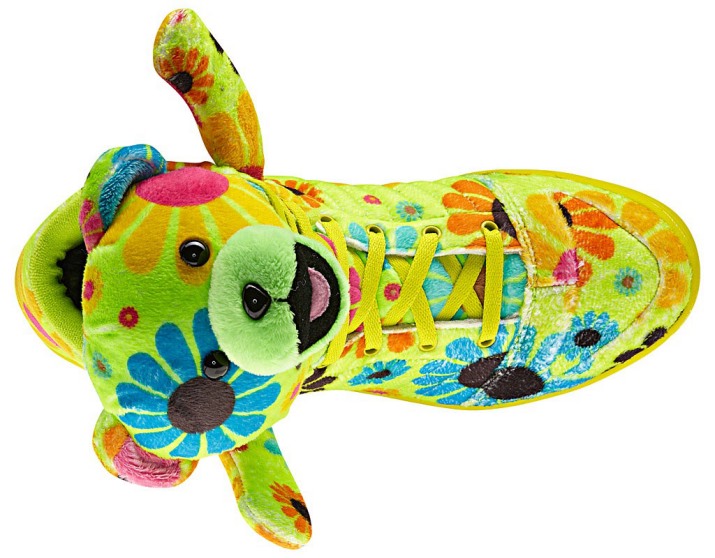 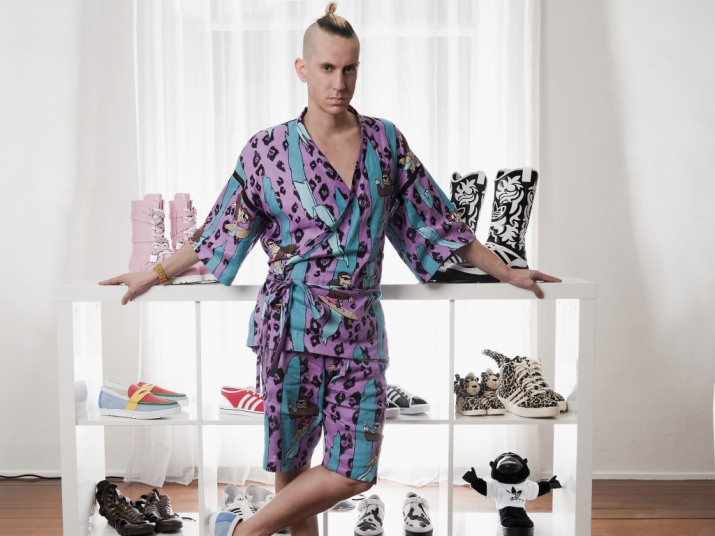 In June 2008 Adidas launched a collaboration collection of footwear and apparel by Scott. The shoes became instant iconic bestsellers for the brand. The wing high tops and teddy bear shoes are popular with hip hop stars as well as with the general fashion public. He is continuing to push the limits on fashion through his creative and often controversial clothing. Whether on a runway or a rap music video, Scott has cemented his place within the culture. 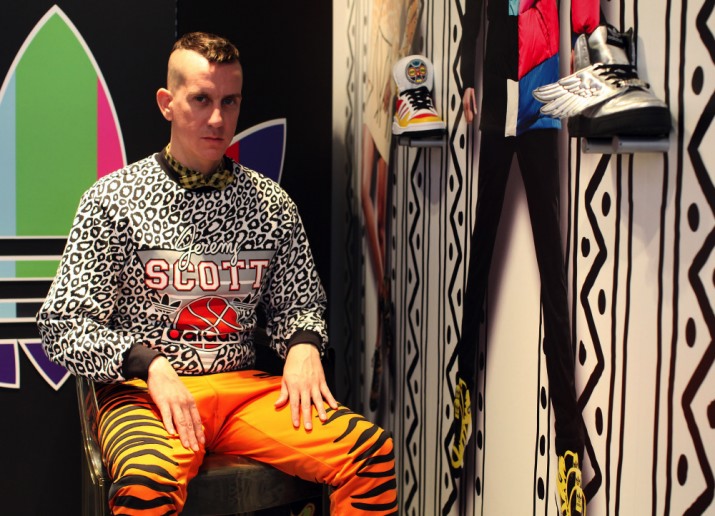 This "outside of the box" mentality that Jeremy Scott shows has garnered acclaim of many celebrities and entertainers. His collections are both bizarre and a bit expensive, so not everyone is equipped to assimilate Scott’s vision into their own styles. Katy Perry was featured in a recent Adidas commercial with Scott, sporting one of his sequined track suits. Rapper Danny Brown recently toured around the country and performed with the aforementioned tiger striped tuxedo jacket. Lil’ Wayne, Ciara and ASAP Rocky have all been caught wearing at least one of Scott’s various Adidas sneaker designs. 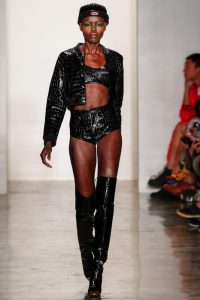