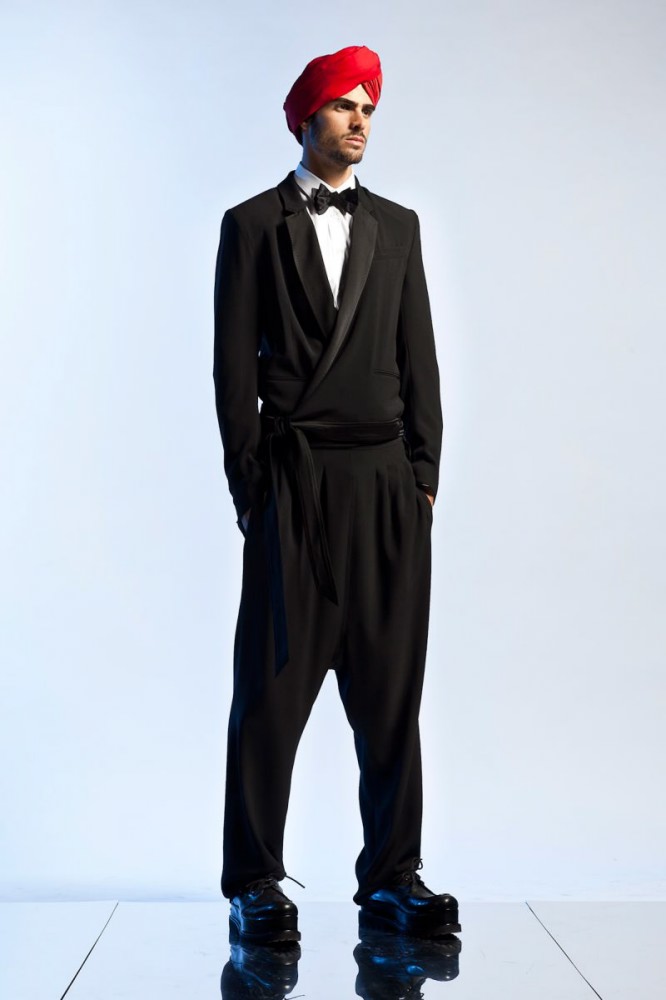 Jean Paul Gaultier is a French one of the world’s most famous designer, best known to shock and surprise and for his eponymous design house and his seven-year tenure as head designer at Hermès.

Born on April 24, 1952 in the Paris suburb of Arcueil, France,  he was the only child of a bookkeeper and a cashier. He interested in fashion from a young age but was never formerly trained in design. He spent much of his childhood with his maternal grandmother, and found inspiration in her closet – her corsets in particular fascinated him. He even once made a bra for a stuffed bear – a childhood artifact that was featured later in an exhibition of his work.

At only 13 years old, Gaultier came up with designs for his grandmother and his mother. He loved fashion magazines and kept up with the latest designers. And like the top designers, Gaultier began to develop his own collections. Aged 18, whilst still at school, he joined the house of Pierre Cardin in 1970 – working there after lessons, which lead him to fail his school exams. His time at Cardin was short, owing to redundancies, and he moved on to Jacques Esterel where he learnt much of what was to become his signature style, and then to the couture house Patou. Returning to Cardin in 1974, he was sent to Manila to represent the company there.

"When I started my career, I went to work with Pierre Cardin. At that time, of course, I didn’t have my line or whatever, so I didn’t have my style at all. I was doing Cardin. So I was sketching, imagining what he would love," Gaultier told. "And afterwards, when I was at Patou, Michel Goma was the designer so I was in the spirit of Michel Goma. I quite loved that."

In 1976, Gaultier established his own fashion label and held his first runway show in Paris. He opened his business with the assistance of his significant other, Francis Menuge, and together they helped establish the Jean Paul Gaultier brand. Gaultier received later financial backing from Kashiyama, a Japanese clothing company.

Gaultier soon became known as "l’enfant terrible" of fashion because of his penchant for challenging the then-standard views of fashion; reworking them and infusing ideas of his own. He challenged popular notions of gender and drew from edgy street and punk influences. His work has been characterised by a stylistic consistency since his very first collection. Many of his collections show women adopting masculine attire, or men wearing skirts, corsets, and dresses with trains. 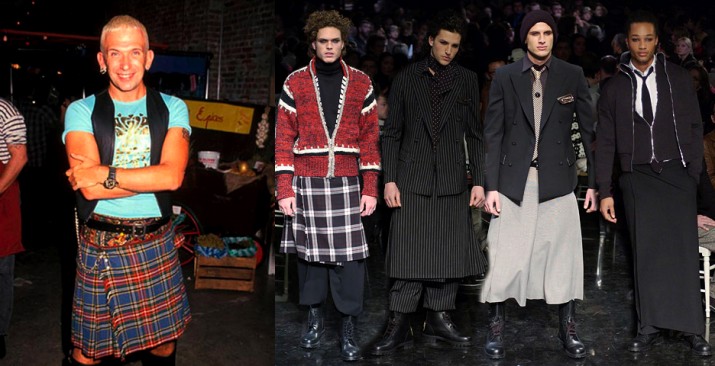 Gaultier caused shock by using unconventional models for his exhibitions, like older men and full-figured women, pierced and heavily tattooed models, and by playing with traditional gender roles in the shows. This earned him both criticism and enormous popularity. 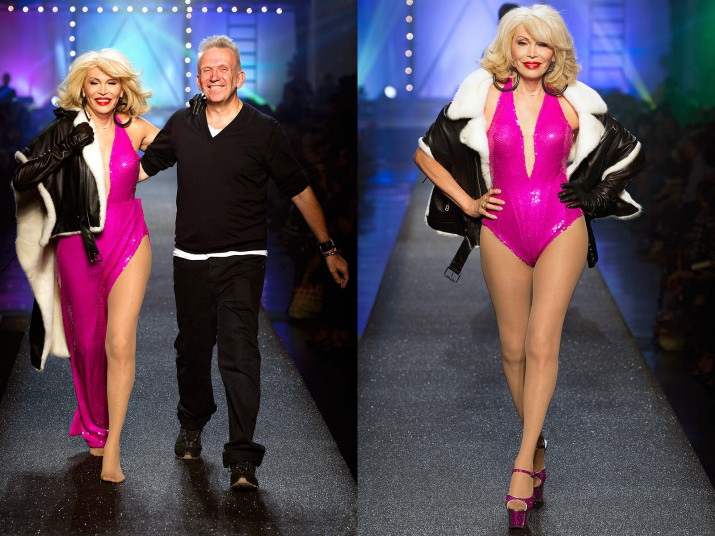 In September 1985 he opened his first boutique on 6 Rue Vivienne, Paris. He became internationally recognised when he designed the costumes for Madonna’s Blond Ambition tour in 1990. The conical bras and basques he created for her now rank among some of the most iconic designs in history. Gaultier has since said he had no idea that they would become so important. "I was a fan of Madonna’s so I was pleased to collaborate with her for that reason – not because it would be good for my career," he told The Telegraph in 2010. He designed stage costumes again for Madonna for her 2006 Confessions tour. 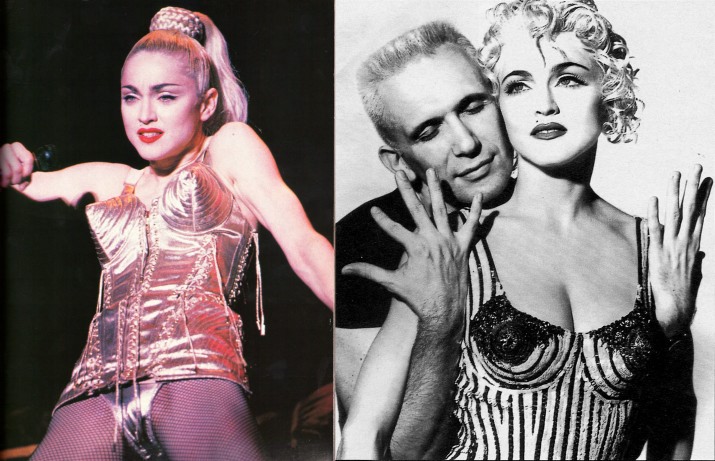 In the same year, Gaultier’s professional success coincided with personal tragedy when his lover and business partner Francis Menuge became seriously ill and died of AIDS.

In January 1992, he published a largely pictorial biography called A nous deux la mode. In the same year he introduced Gaultier Jeans, as well as accessories and perfumes. The following year he launched his signature scent in a glass bottle shaped like a corseted figure. 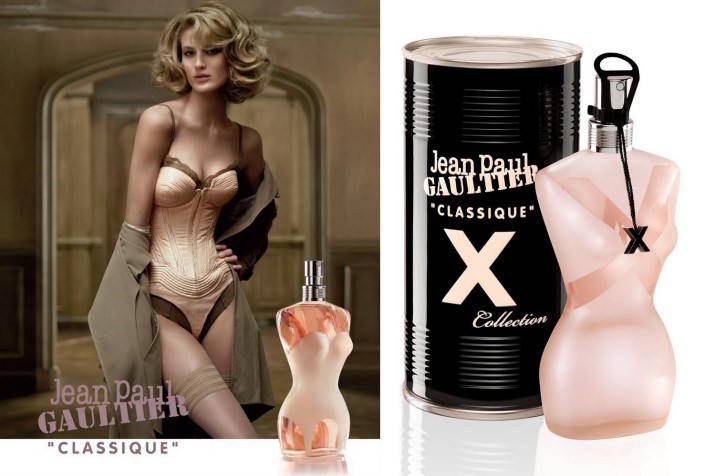 In 1993, Gaultier became a co-presenter on television show Eurotrash, a magazine-format show which focused on the weird and wonderful from around the world. The same year the first fragrance, Classique, a women’s floral-oriental, was introduced. 1995 followed by Le Mâle for men. Both were highly successful, and Le Mâle is now the number-one men’s fragrance in the European Union based on sales; it also holds a strong market position in Australia and the United States. 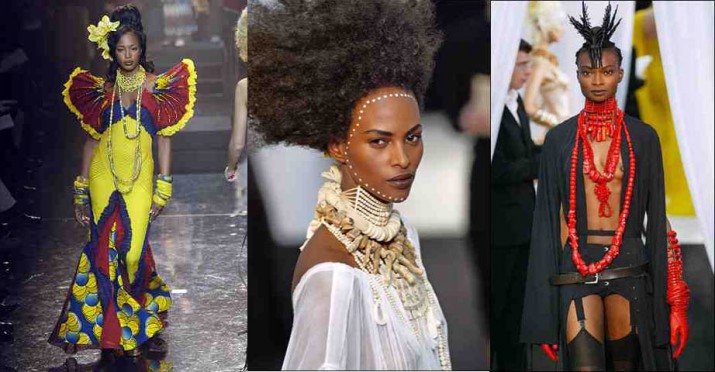 He showed his debut couture collection in 1997. It brought Gaultier immense success. Through this collection, he was able to freely express the scope and range of his aesthetic, drawing inspiration from radically divergent cultures, from imperial India to Hasidic Judaism. In July 1999, French fashion house invested $15 million in his business as part of a deal which Gaultier described as "a dream marriage". He has designed the wardrobe of a number motion pictures, including Luc Besson’s The Fifth Element, Pedro Almodóvar’s Kika, Peter Greenaway’s The Cook, the Thief, His Wife & Her Lover, and Jean-Pierre Jeunet’s The City of Lost Children. 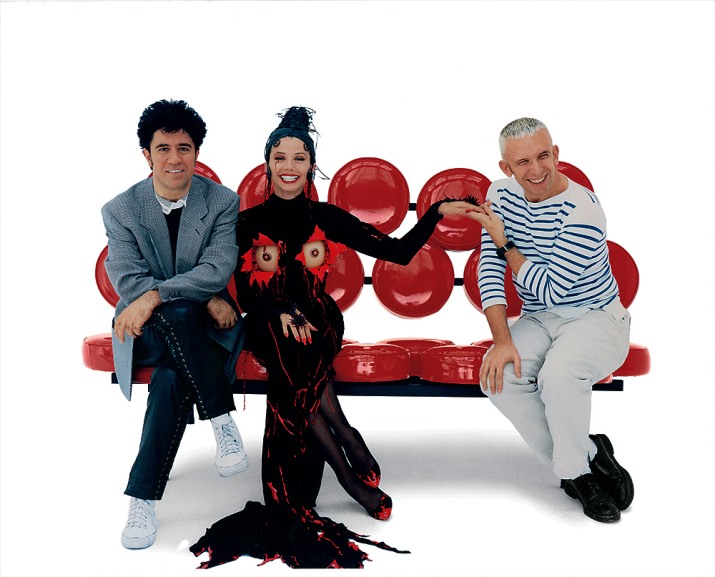 In 2000 the third fragrance, the women’s fragrance Fragile, was introduced. In July 2001, the designer was made a Chevalier de la Légion d’Honneur. "Gaultier changed so many things: the creative process, sexuality in fashion," Balenciaga creative director Nicolas Ghesquière, Gaultier’s former-assistant, told WWD. 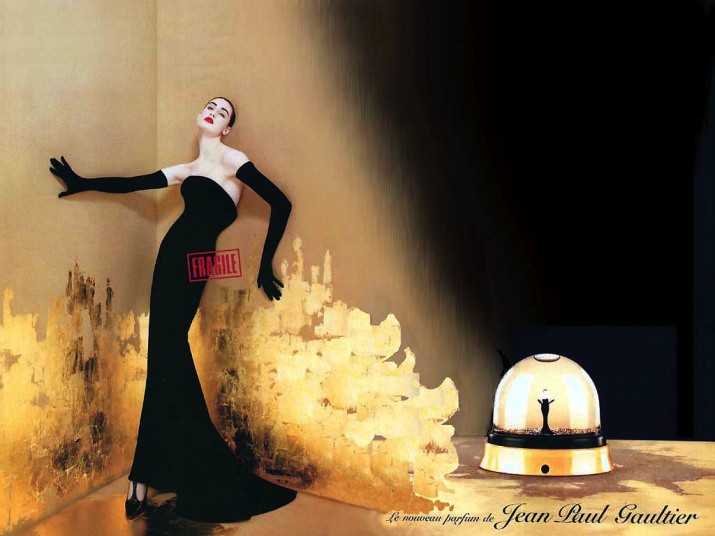 Gaultier continued to expand his business in new directions, adding several new fragrances and launching a children’s clothing line. He has also become a favorite for many celebrities, including Naomi Watts, Marion Cotillard, and Nicole Kidman. In 2003, Gaultier succeeded Martin Margiela as the head designer at Hermès, and debuted his first haute-couture collection for autumn/winter 2004-05. 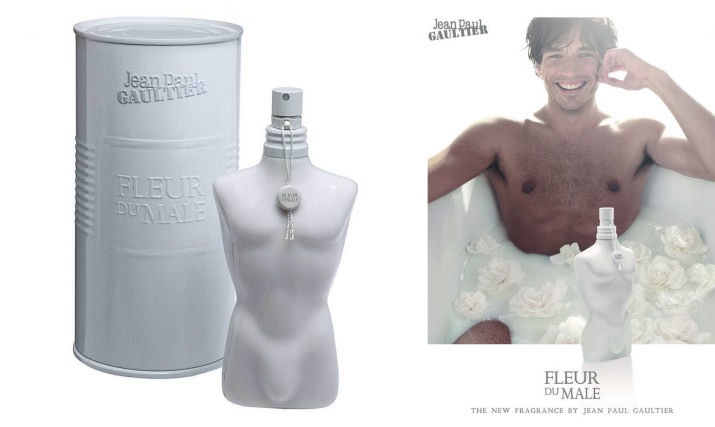 Gaultier has designed a number of the costumes and outfits worn by rocker Marilyn Manson, including the outfits for Manson’s Golden Age of Grotesque album. In France the costumes he designed for singer Mylène Farmer gained much attention. In spring 2008 he signed a contract to be again the fashion designer for her tour in 2009. He designed the costumes for Kylie Minogue’s international KYLIEX2008 tour in 2008.

He became the latest designer to collaborate with US retail giant Target in May 2009 to produce an affordable line. It was announced in March 2010 that he would receive an Inspiration Award for his lifetime contribution to men’s fashion and the fight against AIDS. He collected the prize at the AmfAR awards in New York on June 3.

In the same year, Gaultier ended his tenure at Hermès, with the spring/summer 2011 collection being his last for the house. He launched his first-ever swimwear collection, in collaboration with La Perla, in July 2011. 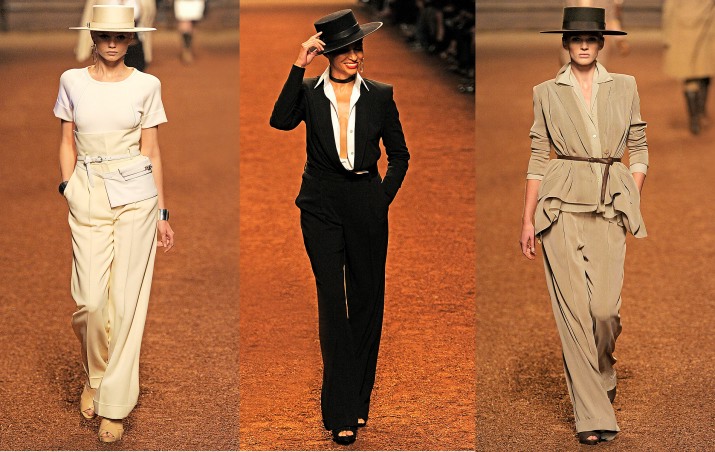 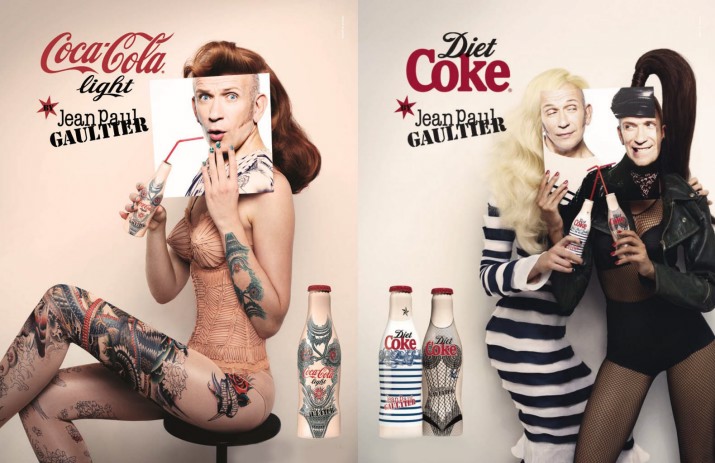 In 2012, he was named as a member of the Jury for the Main Competition at the 2012 Cannes Film Festival. This is the first time a fashion designer was called to sit on a jury at the festival. He also designed the dress that Anggun wore as she represented France during the grand-finals of the Eurovision Song Contest 2012 held in Baku, Azerbaijan. In 2012 he also participated in the Cali ExpoShow in Cali (Colombia), showing his extense collection of perfumes and all classic clothes. 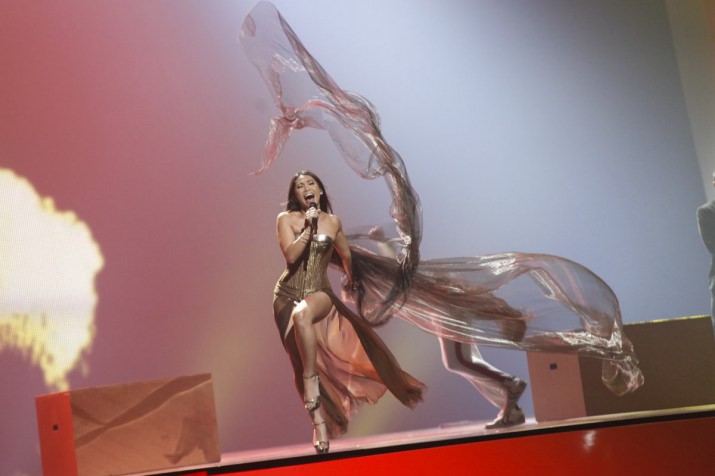 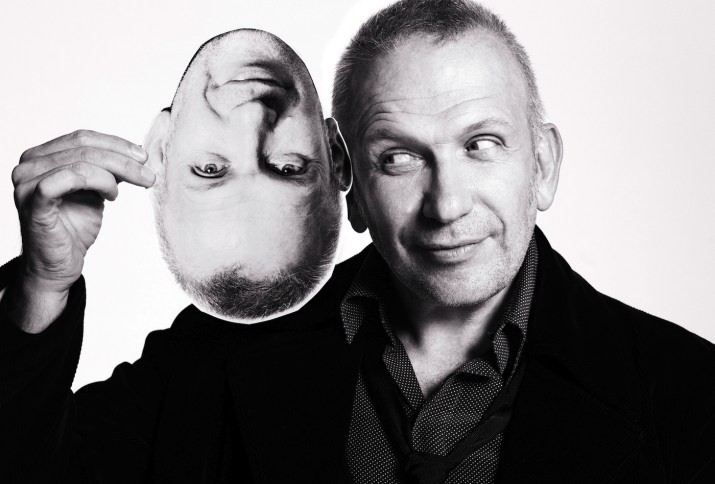 The Junior Gaultier label was replaced in 1994 with JPG by Gaultier, a unisex collection that followed the designer’s idea of fluidity of the sexes. Gaultier Jean’s, a similar line consisting mainly of denim and more simply styled garments with a heavy street influence, followed in 1992, which was then replaced with Jean’s Paul Gaultier from 2004 to 2008. Junior Gaultier’s name was reused in 2009 for the launching of the child’s wear, to be completed with a Baby Line in 2011. 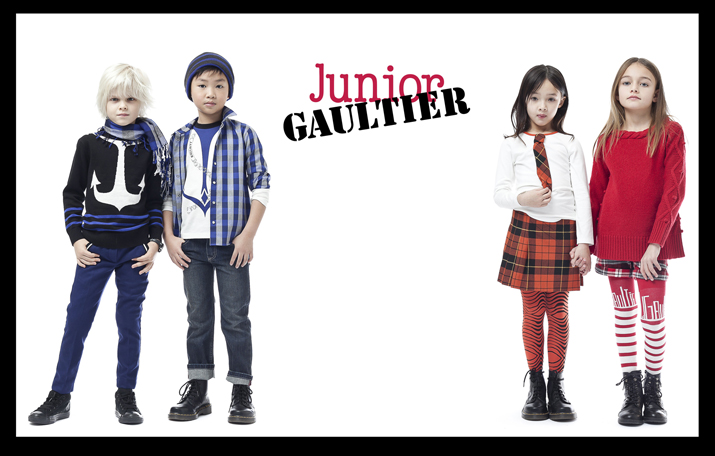 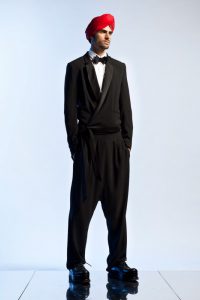